At this site, you can check the most popular Netflix titles per week worldwide. 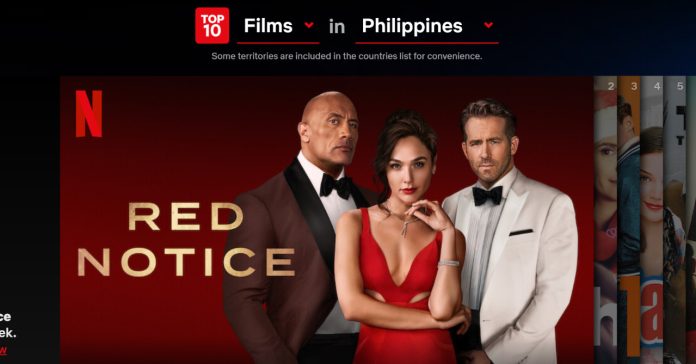 Netflix has just launched “Top10 on Netflix,” a new website where you can check the top movies and shows on the service for the week.

How it works is that will publish their top weekly movies on shows on this website every Tuesday. The top content is based on hours viewed from Monday to Sunday from the previous week, and Netflix counts both original and licensed titles.

The Top 10 shows are broken down into the following global Top 10 lists for Films (English), TV (English), Films (non-English) and TV (non-English). There will also be separate rankings for over 90 countries, including the Philippines. 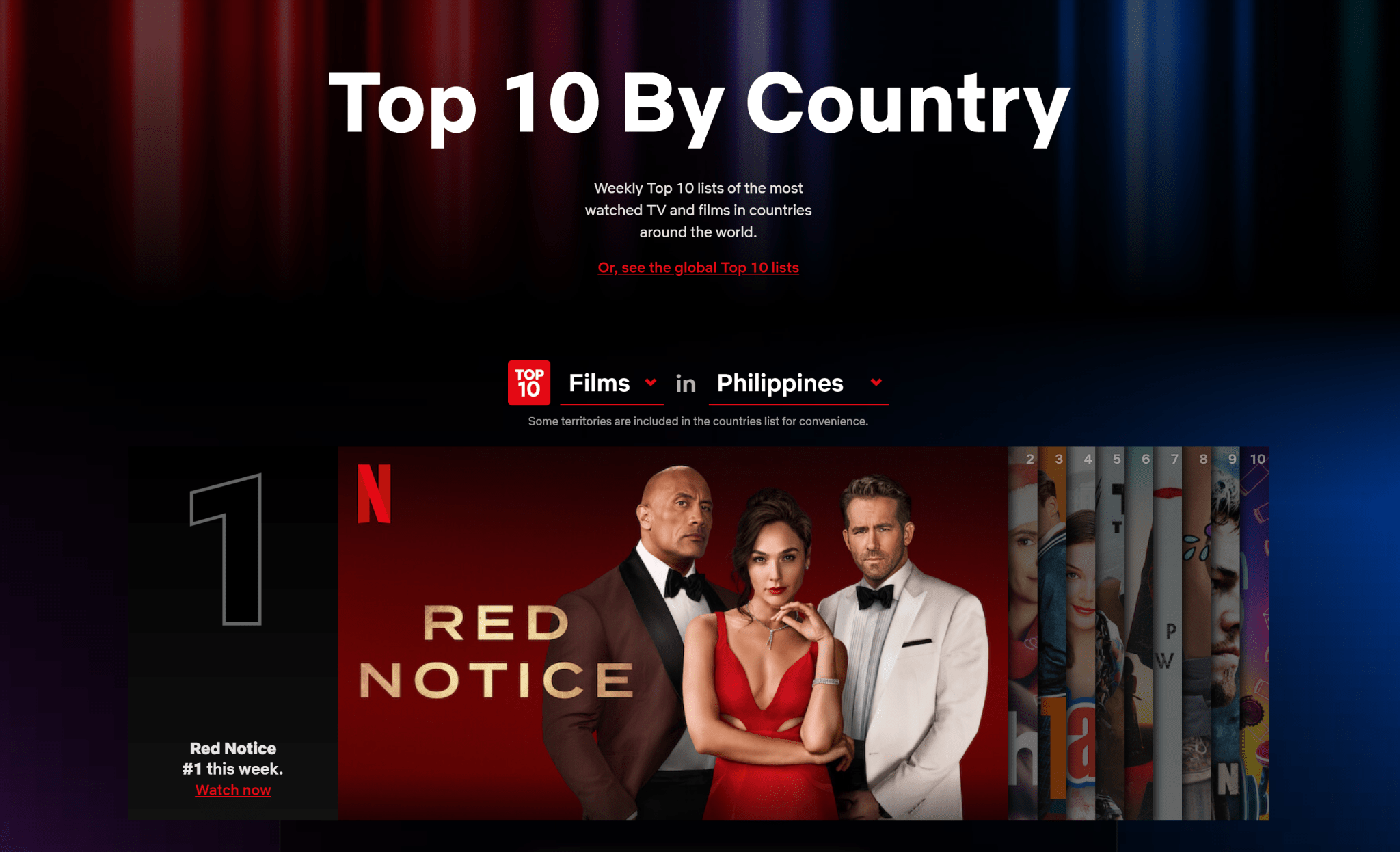 Aside from the weekly Top 10 lists, the site also shows detailed info on the top titles for the week. For instance, the site currently shows the full list of countries where films such as Red Notice, Love Hard, and more grabbed the top spot.

Here’s a look at the top titles over the past week in the Philippines: 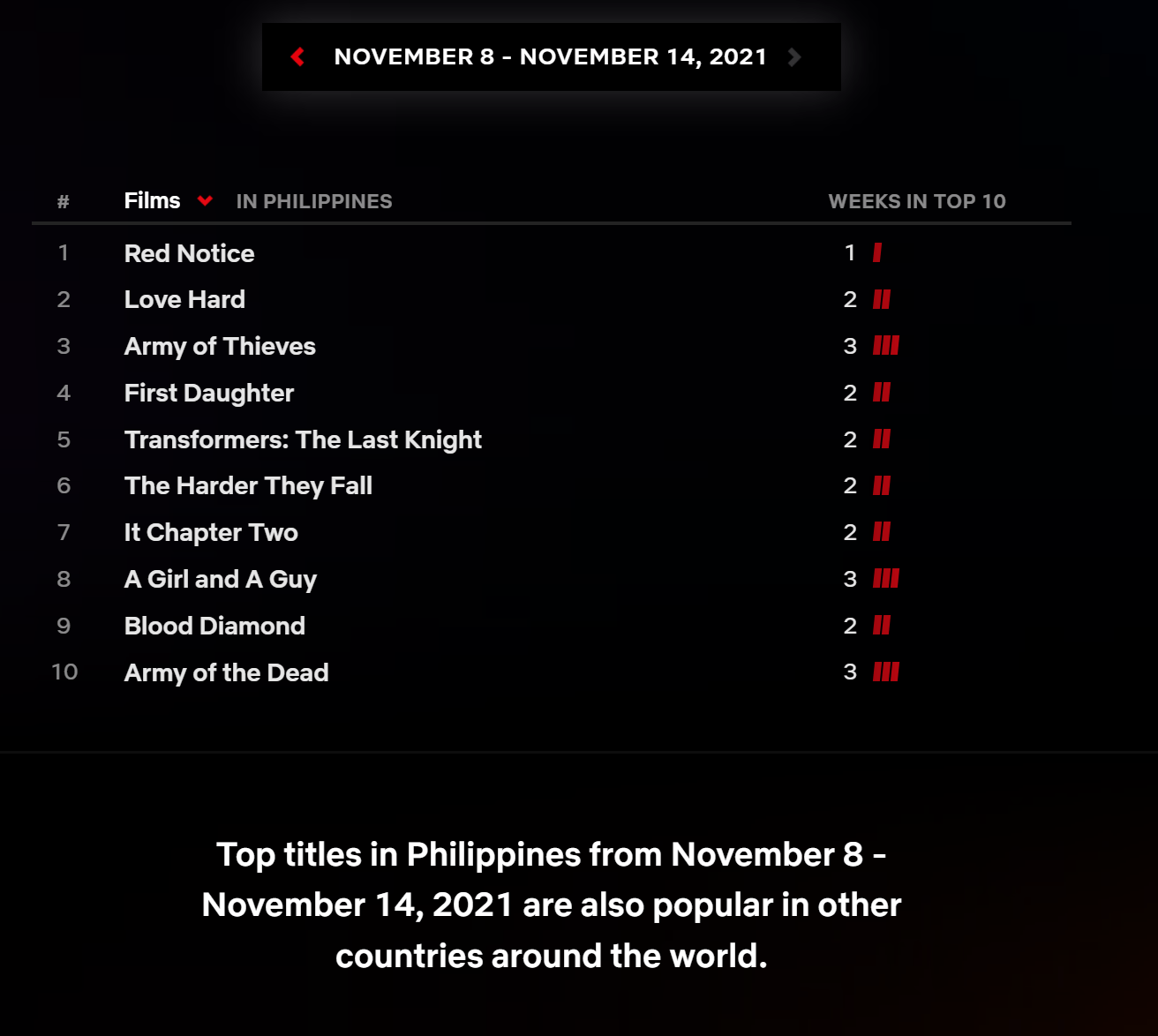 While Netflix now has a dedicated site for the Top 10 shows worldwide and per country, the Netflix app Top 10 will still be on the app. Though there are changes in that the in-app Top 10 will now also be based on hours viewed.

Prior to the release of this site, users had to rely on third-party sites such as Flixpatrol to see which shows are the top on Netflix each country. With this new site though, Netflix viewers will now have a more detailed (and possibly more accurate) resource if they want to see which shows/movies are the hottest around the world.

- Advertisement -
Previous articleOutriders “New Horizon” update is now available for free
Next articleCall of Duty: Vanguard Multiplayer Review | A Better Reason to Get the Game