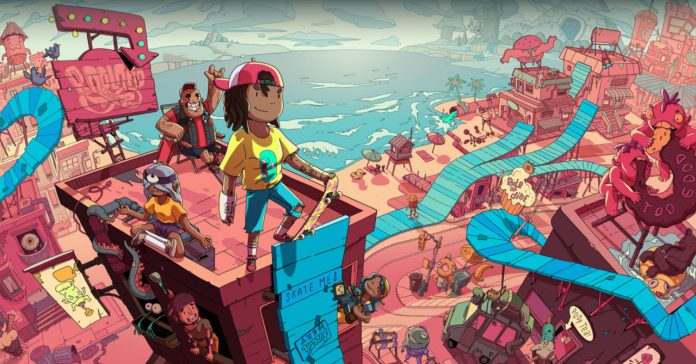 At the 39th Golden Joysticks Awards, select tracks from he upcoming skateboarding action-platformer OlliOlli World have been revealed. And in case you missed it, you can watch the VOD of the Golden Joystick Awards here.

OlliOlli World comes with thirty-two tracks by artists such as Fardust, Adam Swim, Midflite, and more. While the game is not out yet, you can listen to the OlliOlli World Spotify playlist which presents a selection of eight songs that will be part of the game’s soundtrack:

“Music has always been a key component in OlliOlli games as it constitutes an integral part of the flow-state gameplay of the series”, explains Simon Bennett, Co-CEO at Roll7, who also announced the Best Audio award during the show. “We are thrilled to share these captivating tunes created by outstanding independent musicians from around the world.”

In case you’re unfamiliar, OlliOlli World is a game skateboarding platformer from Roll7.The game is described as:

OlliOlli World is set to release in early 2022 on PS5, PS4, Xbox Series X|S, Xbox One, PC, and Nintendo Switch.

Want to know more about the game? Check out our preview of it here.