This big Outriders update adds a lot of new content! 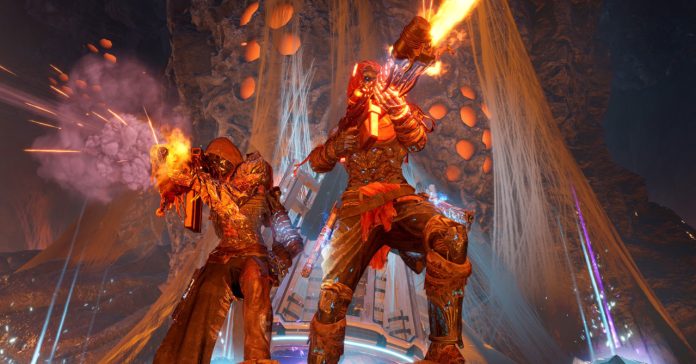 Square Enix has announced that the New Horizon update for Outriders is now available for free to all players.

Finally, the secrets of Enoch will continue to be explored in Outriders Worldslayer, a full expansion that will release sometime 2022. Catch the expansion’s full reveal in spring 2022.

“We’ve been hard at work improving the OUTRIDERS experience and with the free NEW HORIZON update we’ve improved and addressed the majority of player feedback ahead of our major 2022 expansion – WORLDSLAYER”. said Jon Brooke, Co-Head of Studio at Square Enix External Studios. “So there’s no better time than now to start, restart or continue your journey through Enoch in what is now the ultimate version of OUTRIDERS.”

In case you haven’t played the game yet, Outriders is 1-3 player co-op RPG released earlier this year by Square Enix. The game is developed by People Can Fly, and it is available on PS4, PS5, Xbox One, Xbox Series X|S, PC, and Stadia.