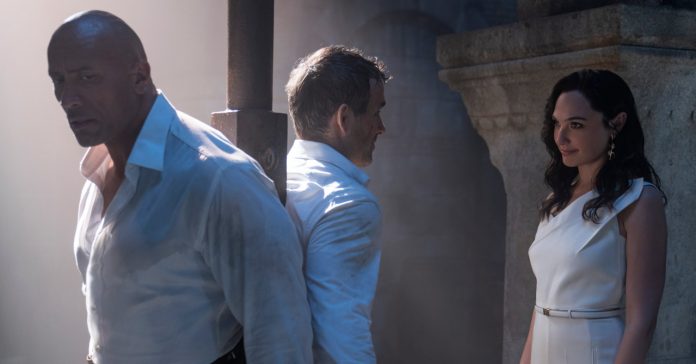 The new Netflix film, Red Notice, features a star-studded cast featuring Dwayne Johnson, Gal Gadot, and Ryan Reynolds. While this star trio is already reason enough on its own to watch the film, we noted in our review that Red Notice features a fun, globe-trotting story complete with over-the-top actions scenes, making it a great popcorn movie.

Recently, the films’ main cast shared lots of interesting details about the filming of Red Notice in a press conference. There, they also shared which scene (or scenes) in the movie was their favorite to shoot. 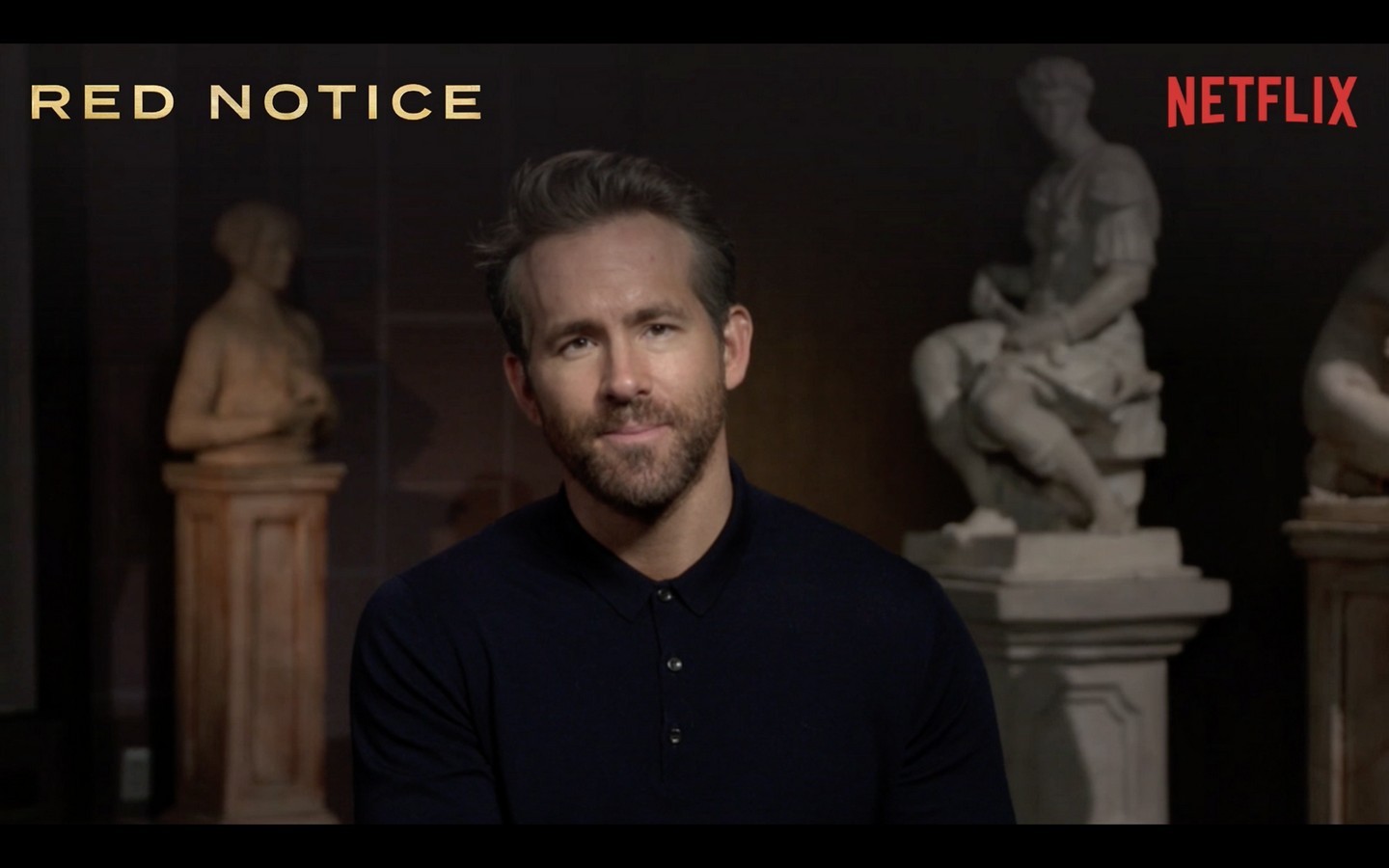 Reynolds was up first, and he called this particular scene his favorite:

“What would I say is the most interesting scene to film for me, is a sequence in the chapel in the prison where we meet Gal’s character of The Bishop for the first time. And that, I would say, was probably the most interesting scene to shoot for me because it was the first time all three of us had shot together in one room. That was exciting and a lot of fun for us, and the whole scene was kind of like a chess game.

Everybody was sort of sizing each other up. And Gal was so gifted at being so charming and funny and easy in the scene where you know, she’s usually playing characters that are real, sort of authoritative kind of characters. So, to see her kind of be like a Cary Grant in this moment was really fun for me.”

While I expected his answer to be one of the many action scenes, it does make sense that Reynolds picked this as favorite, especially as it is a more character-focused scene that shows off their chemistry.

When asked which scene was her favorite, Gadot also said the same.

“There are so many delightful moments and scenes that we got to work on together in the film, one of the most memorable one for me was the first time that I got to shoot with the boys, with D.J. and Ryan, “said Gadot. “And it was in the Russian prison, and it was such a fun day. We were breaking so many takes. I got to say that I feel super grateful and lucky that I got to work with such an amazing talent like D.J.”

As this scene in the Russian prison is the first one in the film to show all three characters together, it plays an important role in setting the scene for the rest of the film (it happens early on so it’s not much of a spoiler). Aside from just being important for the story though, it’s also a great taste of what to expect from the trio as the movie progresses. 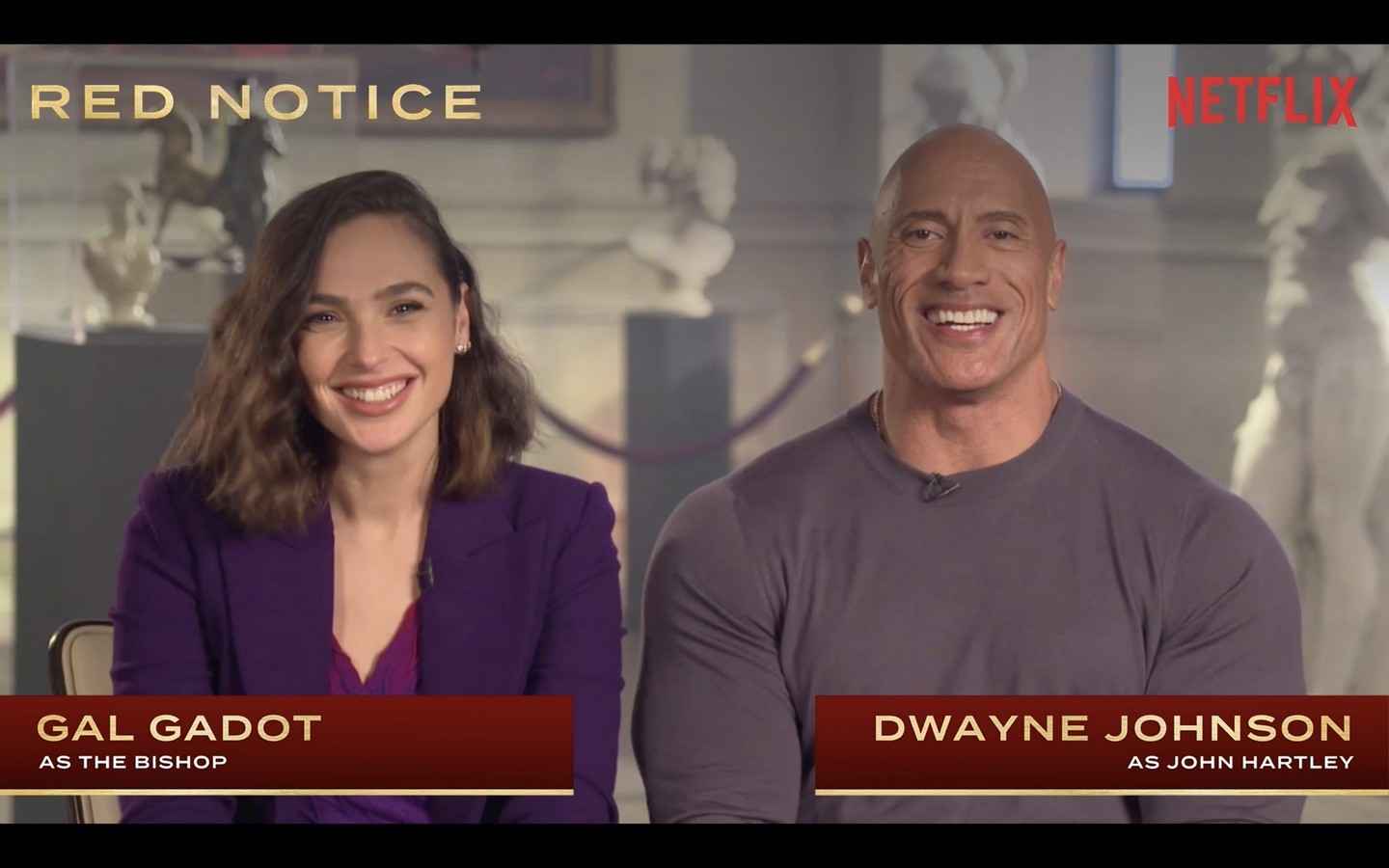 Finally, Johnson agreed that scene was fun to film, though he also mentioned one scene near the end (don’t worry, no spoilers here) which he loved:

“Well, one scene in particular was, without spoiling it for the audience; there’s a scene at the end where after this long, crazy adventure around the world, we finally see Gal’s character and my character in the middle of the ocean on this beautiful yacht. And the scene starts off with Gal coming out of the ocean. It is a gorgeous, iconic and cinematic history shot because the boat is so…”

“The boat, unbelievable, so darn sexy,” followed Gadot. “I can’t stop thinking about the boat.”