A great movie to watch if you're looking for an easy-viewing popcorn flick. 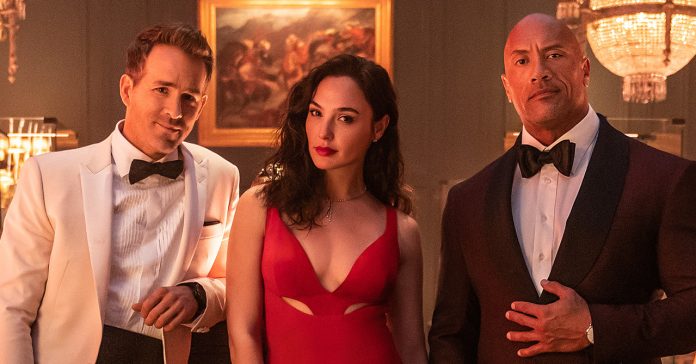 Back in July, Netflix announced that the blockbuster action film, Red Notice, is releasing on the platform on November 12. And in case you missed its official reveal, this action comedy film features a star-studded main cast, including Dwayne Johnson, Ryan Reynolds, and Gal Gadot.

An action-comedy starring these three seems like a recipe for success on its own right; after all, the three of them have starred in numerous blockbuster hits. But of course, being great on paper isn’t enough to make a movie a must-watch.

So, should you put Red Notice on your Netflix watch list when it releases on the 12? Here’s what we think!

Red Notice follows FBI profiler, John Hartley (Johnson) who is forced to partner with ‘the world’s greatest art thief’ (or so he claims), Nolan Booth (Reynolds). The aim of the two is to catch the world’s most wanted art thief, the Bishop (Gadot), and this takes them on a globe-trotting adventure filled with heists and other hijinks.

While I won’t go into detail regarding the film’s story, what I can say is that it’s a thoroughly entertaining and fun ride. Sure, there are some moments in the story that I found questionable in terms of making sense (some of the more over-the-top action sequences come into mind), but as long as I didn’t analyze what was happening too much, Red Notice’s narrative is quite engrossing. At no point in the film’s 2-hour runtime did I get bored. Plus, the film’s pace is fast and frenetic, making this a fun and engaging watch for fans of today’s blockbuster movies.

Speaking of blockbusters, Red Notice might be a movie for streaming (at least for most viewers as it will only have a limited theatrical run), but it’s still filled to the brim with massive action set-pieces that can rival that of most tentpole movies in terms of scale. On top of this, several of these set-pieces feature creative scenes that are often funny.

One thing to note regarding its action is that some of the scenes may be a bit hard to follow given the quick pace of cuts. While this is typical of action movies nowadays, the frenetic pace of the fight scenes did make me wish that they went with a slower, more deliberate pace so I can appreciate the combat more. 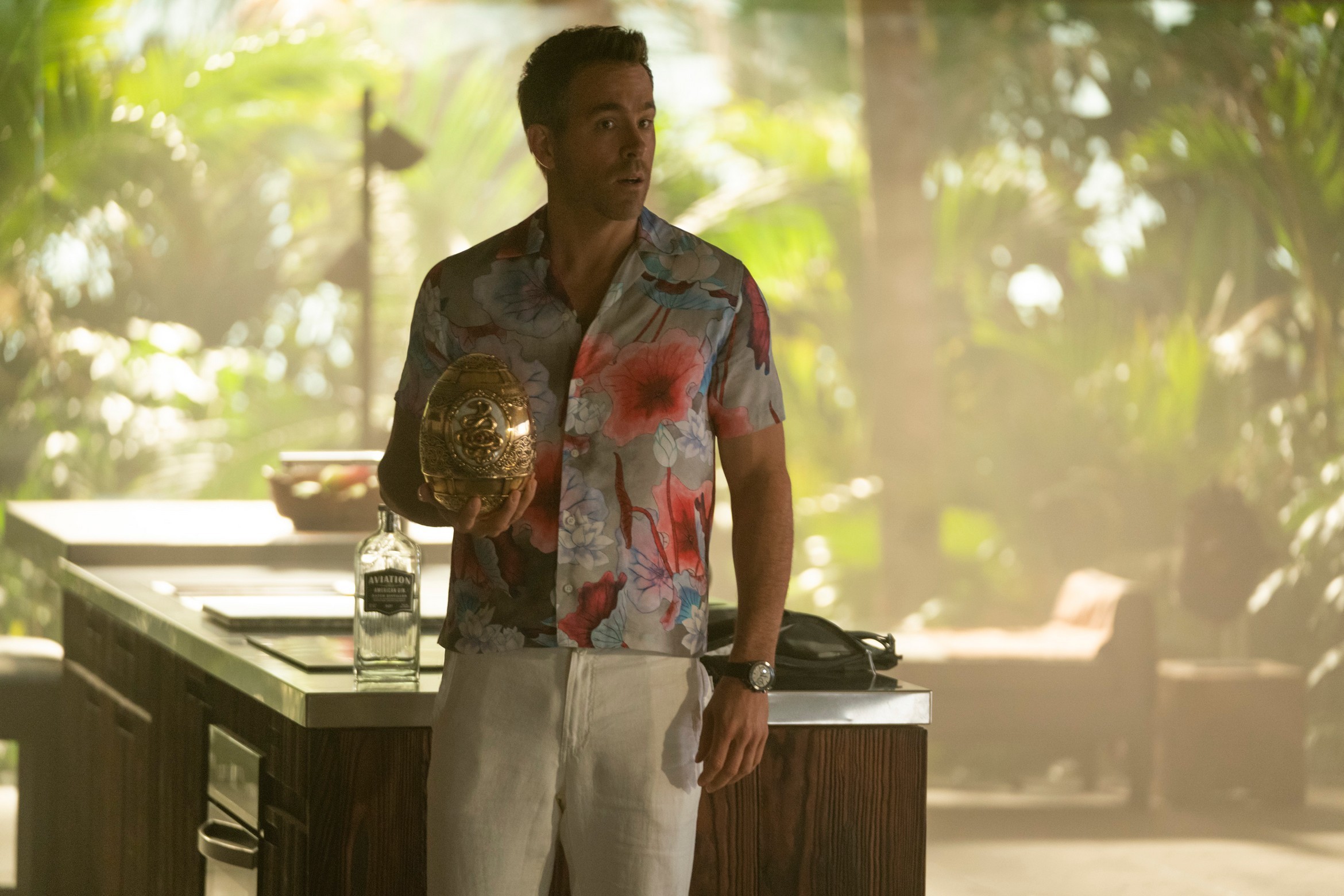 Another thing I noticed is that some of the action scenes had noticeable CG backgrounds. I can recall some specific scenes where it was obvious that they were being filmed in front of green screens. On the flip side, there are sequences that are shot in gorgeous sets, and these make up for the more spotty CG in some parts.

To be fair, it’s tough to film a globe-trotting movie such as this, especially with the ongoing pandemic. This is the reason why most scenes were filmed in Atlanta, necessitating some rather obvious green screens. Still, it’s nice to see some parts of it being filmed on location, specifically a part of the film that’s set in Rome.

You Can’t Go Wrong with this Cast

Red Notice may have an interesting premise, but for most viewers, they will likely see this movie given its star-studded cast. If you’re one such viewer, then you won’t be disappointed!

Johnson, Reynolds, and Gadot are no strangers to action films, so it should come as no surprise that they did great in Red Notice. Even if these stars have each played the main attraction in big blockbusters, Red Notice was able to balance all of them well in terms of screentime and storyline importance. This is thanks to how the story was written/structured, and also for their on-screen chemistry.

Though in all fairness, the three main actors pretty much just played themselves, or at least their usual selves from most of their blockbuster hits. So you have Reynolds playing the smartass, while Johnson is the more serious foil that can drop some quips from time to time, and Gadot is there to add an extra dimension to their interactions.

As they are stuck with each other for most of the film, it’s also great to see that Johnson and Reynolds have incredible chemistry with each other. In fact, thanks to Red Notice, I’d definitely watch a movie starring these two again if I wanted a straight entertainment action flick. For reference, their dynamic on-screen is a bit reminiscent of Reynolds and Samuel Jackson in The Hitman’s Bodyguard, but less antagonistic and more suave. 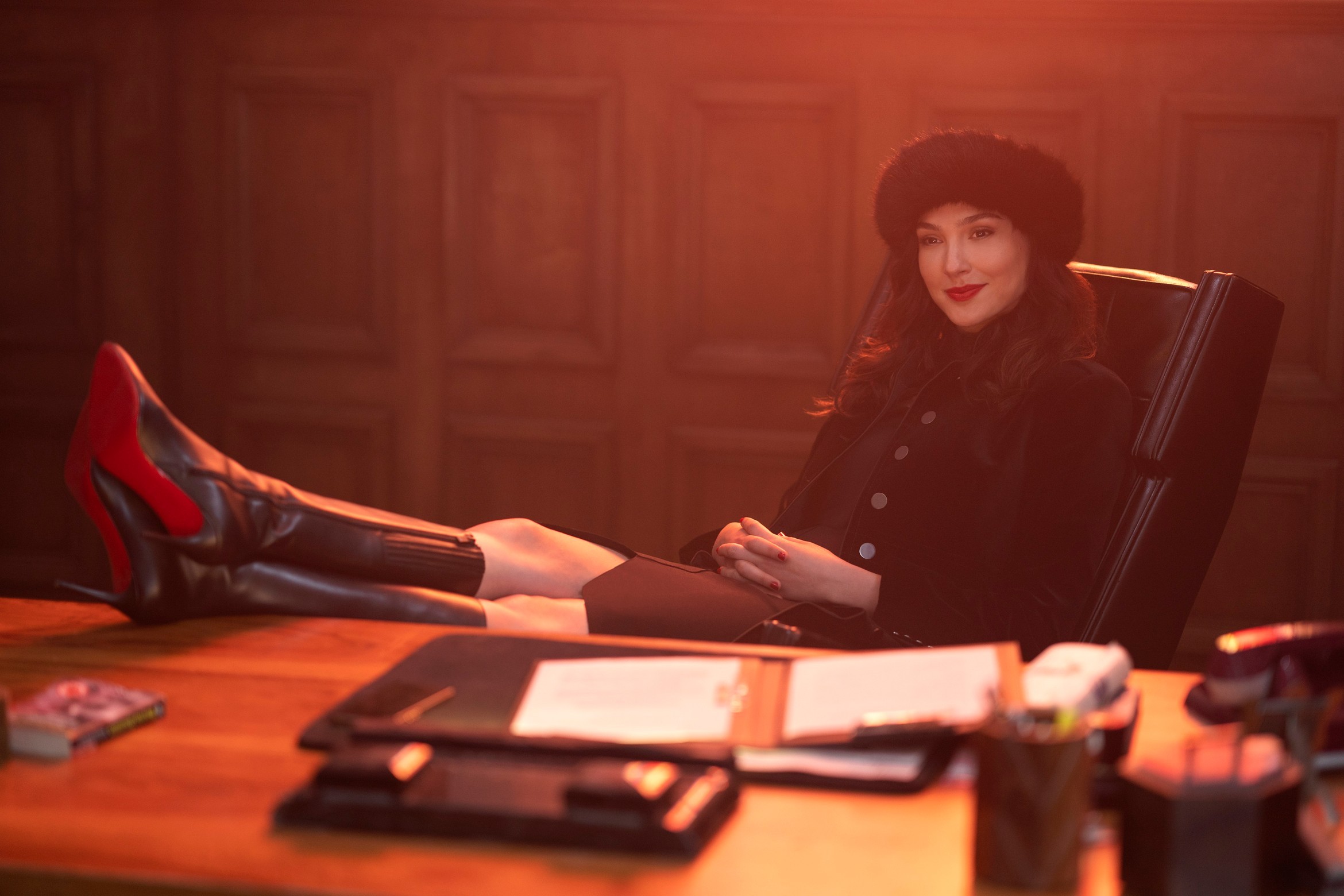 Red Notice is a fun blockbuster action film that’s almost the perfect popcorn flick that most everyone can enjoy. In fact, as someone who loves watching movies with my family, this is definitely the type of easy viewing that I’d love to watch with them (as I usually reserve more serious arthouse films for my personal viewing).

Sure, there is some spotty CG at some points, and it may not really bring anything new to the table, but Red Notice has an engaging story and a magnetic cast of characters that make this just plain fun to watch. If you’re looking for an action film to watch on the weekend to unwind with, you might want to put Red Notice on your Netflix watch list.