Ruined King: A League of Legends Story Review | Not the League you know

Set sail to the center of Ruination. 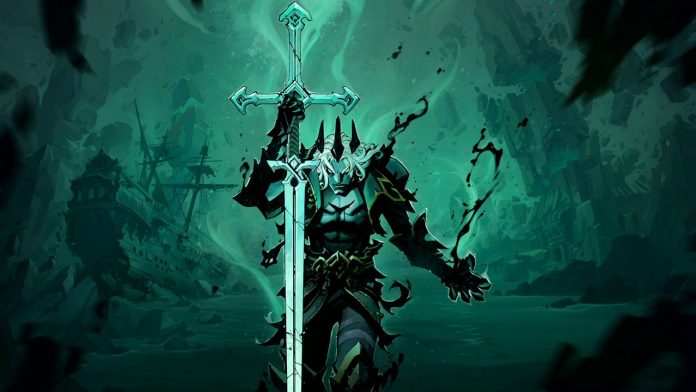 Before the Ruined King made his long-awaited debut in the summoner’s rift, he already made his first appearance during League of Legends’ 10th anniversary when Riot teased one of their new games titled Ruined King. But for some time, we didn’t even hear anything from the said game, but with the success of their new animated series, Arcane, Riot decided to do a surprise drop of the Ruined King: A League of Legends story.

The standalone RPG based on the LOL universe had everyone hype on how this new title will branch out from the main game, featuring an unlikely alliance with champions from LOL to stop a threat that will consume all life.

Since League of Legends was part of my gaming routine back in the day, I can say that I saw the humble beginnings of the small MOBA and how it evolved into what we have now, and I’m excited to see how the game branched out to other genres while expanding its lore. 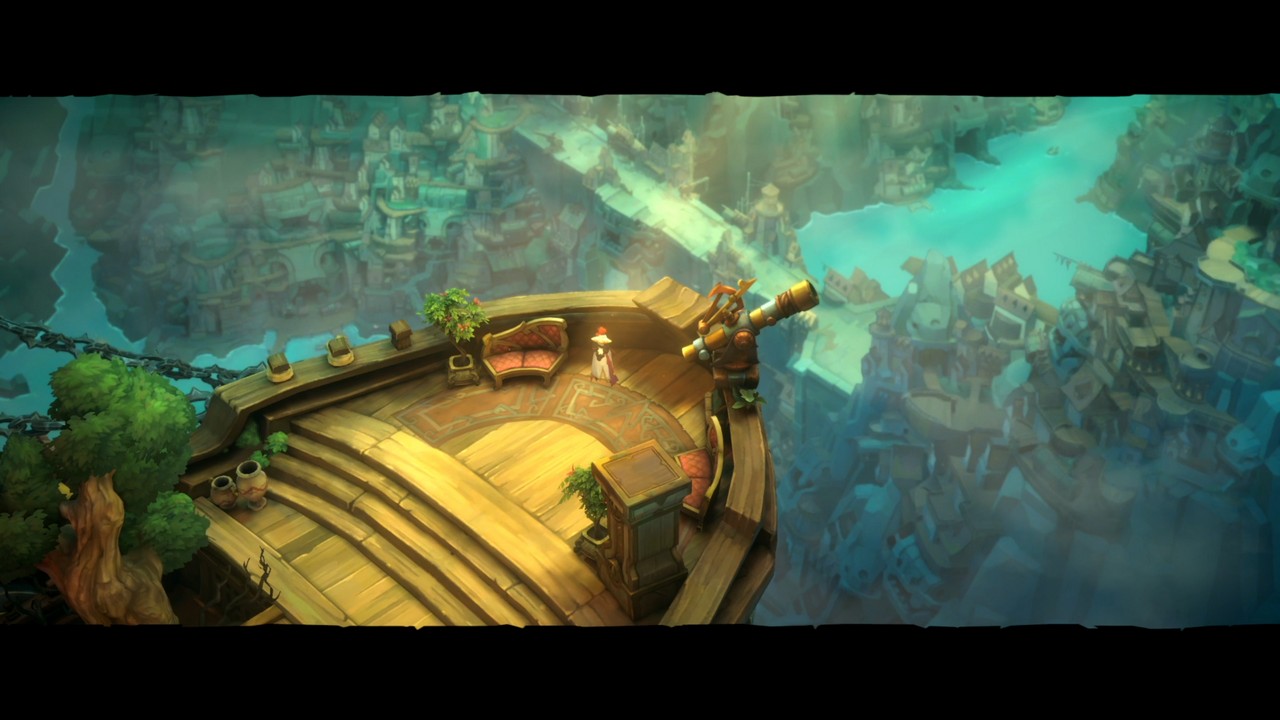 Ruined King: A League of Legends story (or Ruined King) takes place when Miss Fortune took over the pirate city of Bilgewater as its new ruler from her archenemy Gangplank. Captain Fortune, as she’s now referred to, struggles in putting the pirate city in order as captains from different factions do not acknowledge her as a new leader, leading her to think if she should rule Bilgewater as a benevolent leader or feared as a tyrant like Gangplank. But things get even more problematic for her as the Harrowing returns, claiming lives in its wake. This threat leads Captain Fortune to call the help of the Kraken Priestess Illaoi again. 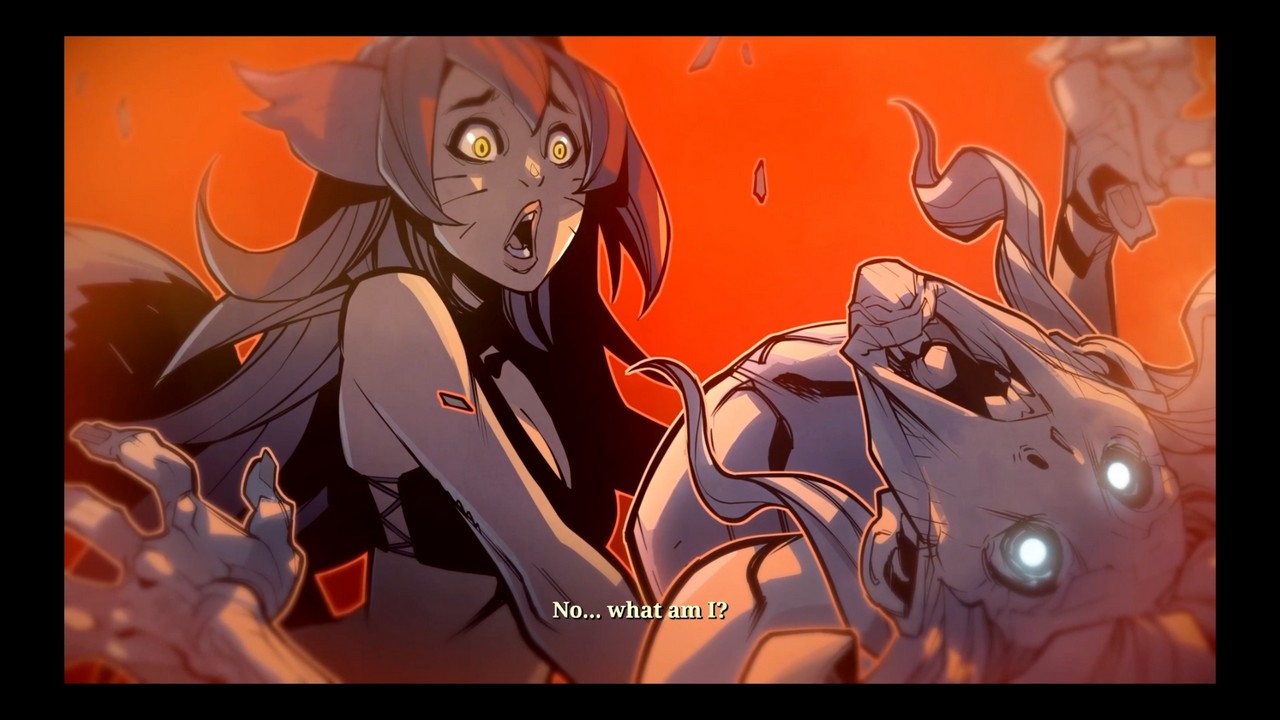 At the story’s best, Ruined King doesn’t flood everyone with exposition to hastily feed the audience information on its premise. Instead, it gives some small bits of information for players to know the world and its character through short cutscenes presented in a well-drawn comic-book-like art style. It does help if you’re familiar with the game’s lore because characters mention past events like the Harrowing and their relationship to each other. Although most of that information doesn’t move the current narrative forward, so you’re not missing everything in this game. 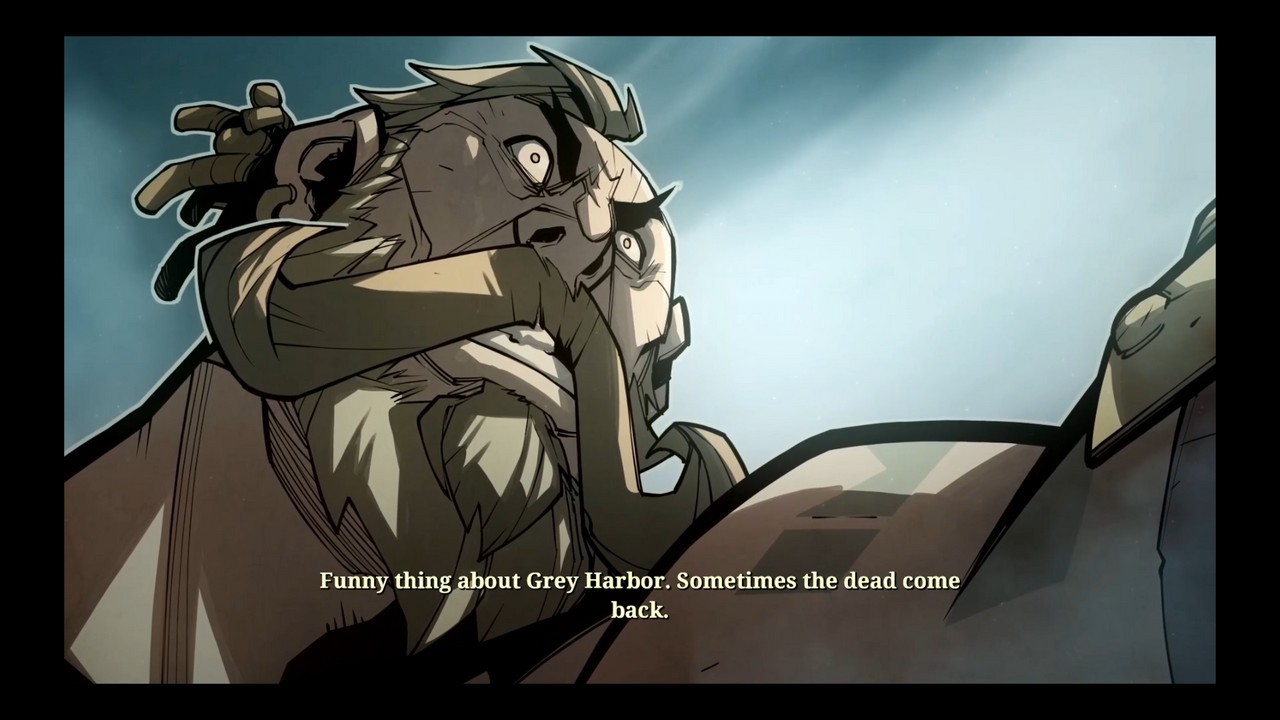 Despite the small information you’ll get, the explanation is discreet to know that the situation is dire, and the timing of the introduction of each character does not feel out of place since they have their reasons for being in Bilgewater. At first, when I saw the Ruined King’s trailer, I was wondering why Braum and Ahri would be in Bilgewater since these two are from two separate regions. But upon knowing their goals for being in Bilgewater, I found that it works in the narrative.

It is also surprising that these unlikely companions complement each other, like Yasuo’s distant and brooding personality has a good dynamic with Braum’s warm and likable presence. You can also see them grow to be good acquaintances and have moments when you trigger some interactions during campfire. What gives life to the characters is the fantastic voice-acting that the actors provided, and if you’re familiar with Riot, they always do wonderful job when choosing the right soundtrack for their BGM to suit the mood of each scene. 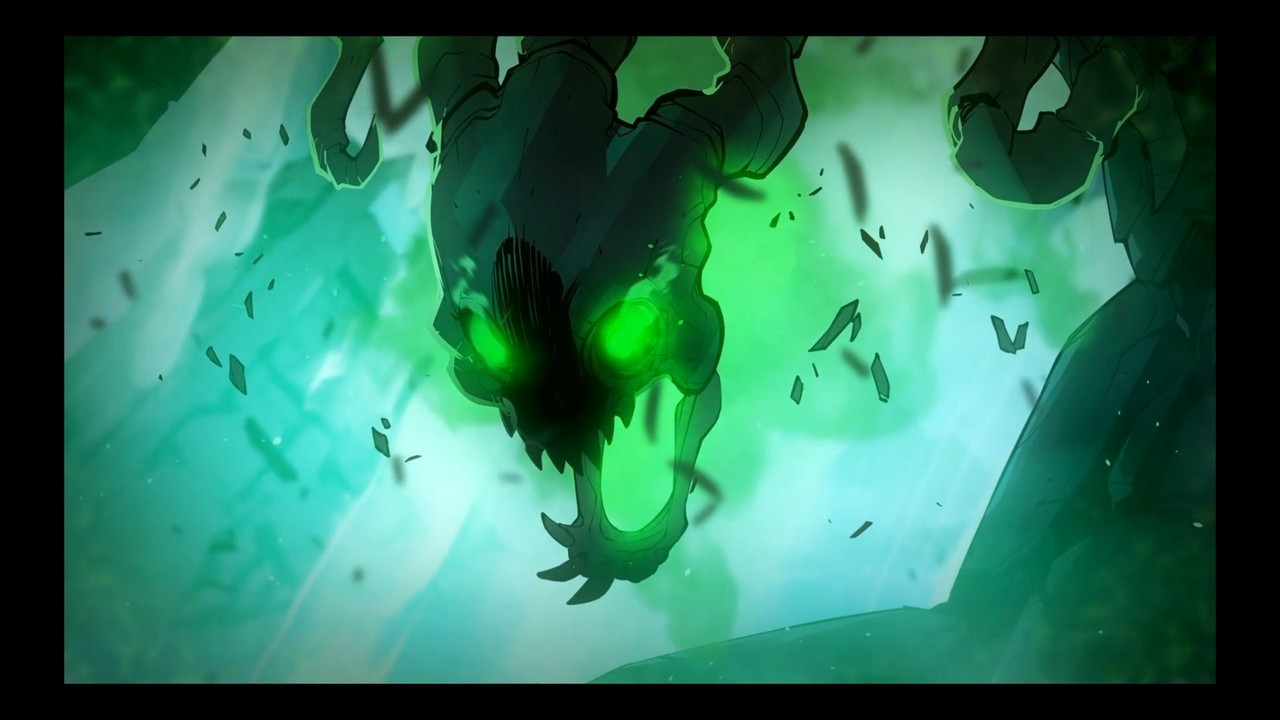 So, it doesn’t matter if you’re unfamiliar or haven’t played League yet, you won’t feel lost in the story. And since this is a standalone RPG, the gameplay is different from LoL. The things that I found to be less appealing are the in-game character models as they look outdated, but it is easily eclipse by the art-style that’s great overall.

Better stay in your lane 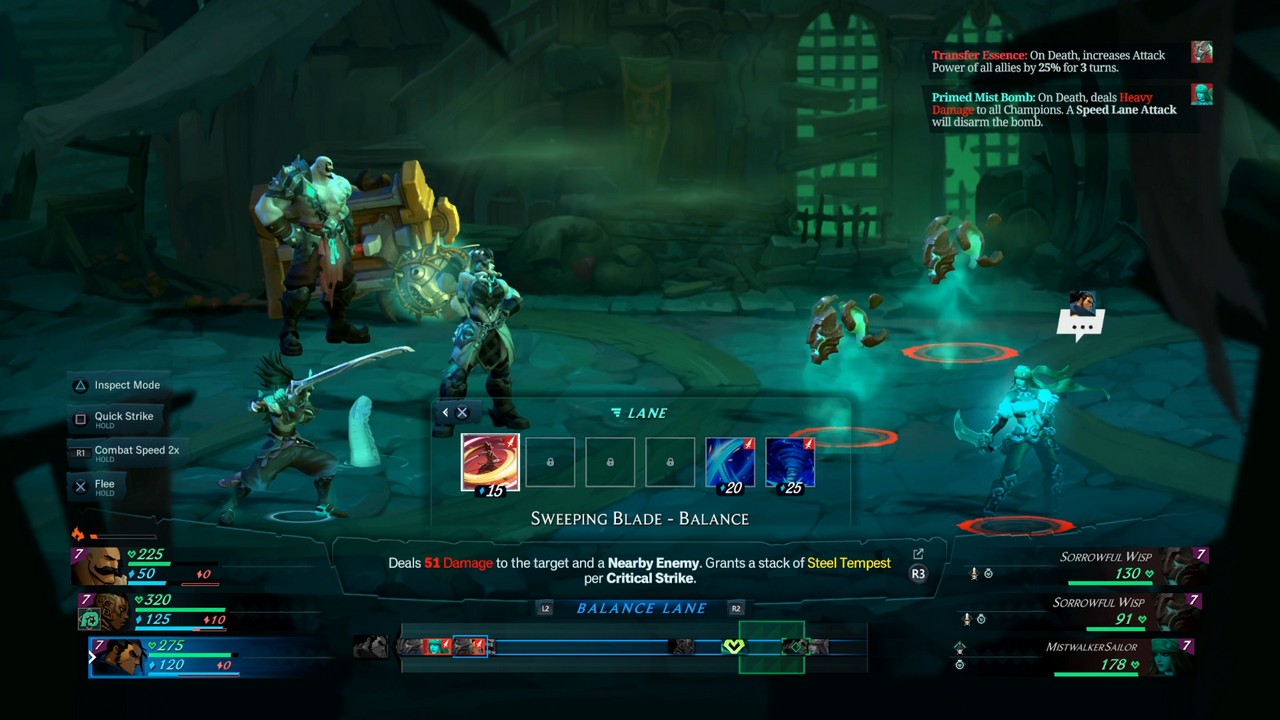 Gameplay is a typical turn-based RPG combat system where the player must navigate dungeons to progress through the game. Characters must wait for their turn, with the first to take action being determined by who has the highest haste stat. The combat is nothing new, but the twist Ruined King put in this formula was the addition of the Laning system, namely the Speed, Balance, and Power lanes. Abilities won’t immediately take effect, instead, the player must wait for it to be cast depending on the chosen lane. Each has its effect where the Balance lane is neutral, but the Speed lane can cancel enemies passive skills, and as the name suggests, puts the action in the earliest spot in exchange for damage output. Finally, the Power lane increases the damage you can do but will put your action in the farthest spot.

Some unique areas or zones can bring either Boons or Debuffs to characters, which can be claimed or avoided by strategically choosing which lane to go when casting an ability. Basic attacks also exist called the Instant attacks which generate overcharge which serves as spill Mana that gets spent before using Mana. So the more overcharge you store, the less Mana you use in a battle. All of these mechanics are are in Ruined King’s dynamic combat system; we haven’t even mentioned that each character has their unique way of starting a fight yet. But that part is tied in the dungeon navigation that I feel a bit less enjoyable in this game.

To the Darkest Dungeon 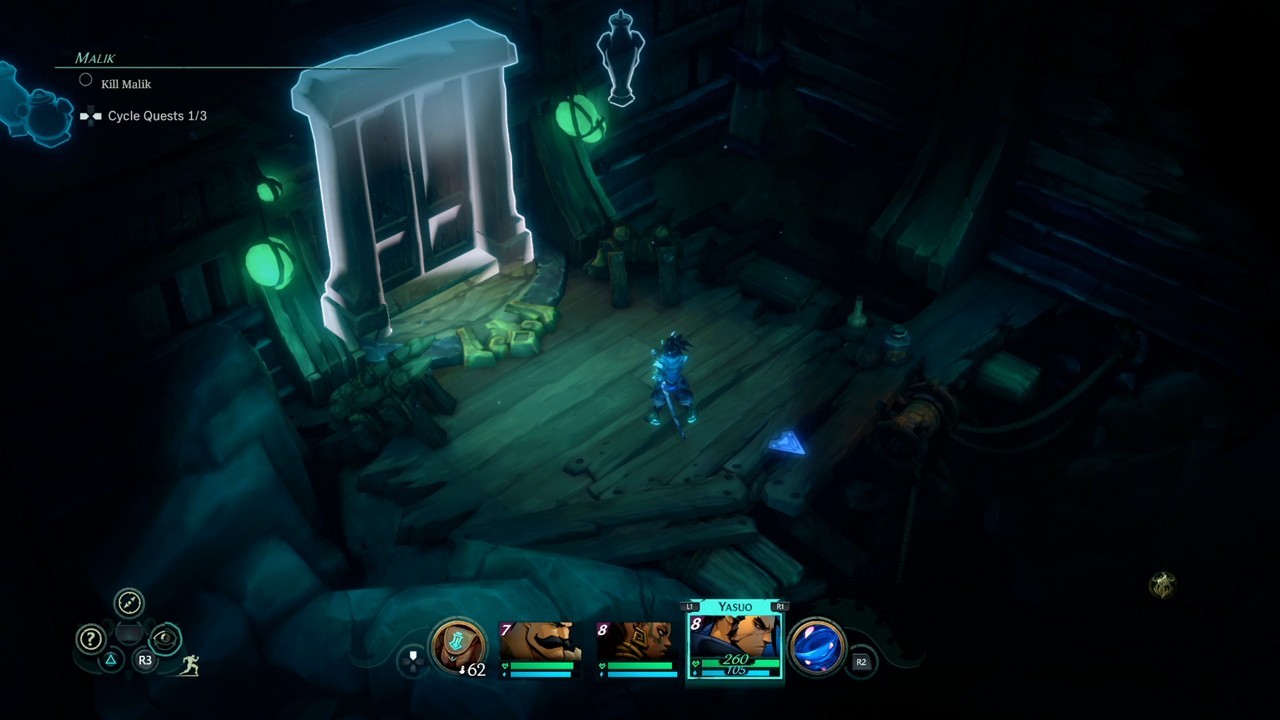 Characters’ unique traits can aid you as you traverse different types of dungeons. Like reading ancient runes or calling a Poro to fit in small crevices, you can also gain more advantage by hitting the first strike to enemies since random encounters are now a thing of the past. Depending on the current party leader, you can trigger different effects when you initiate the first strike. 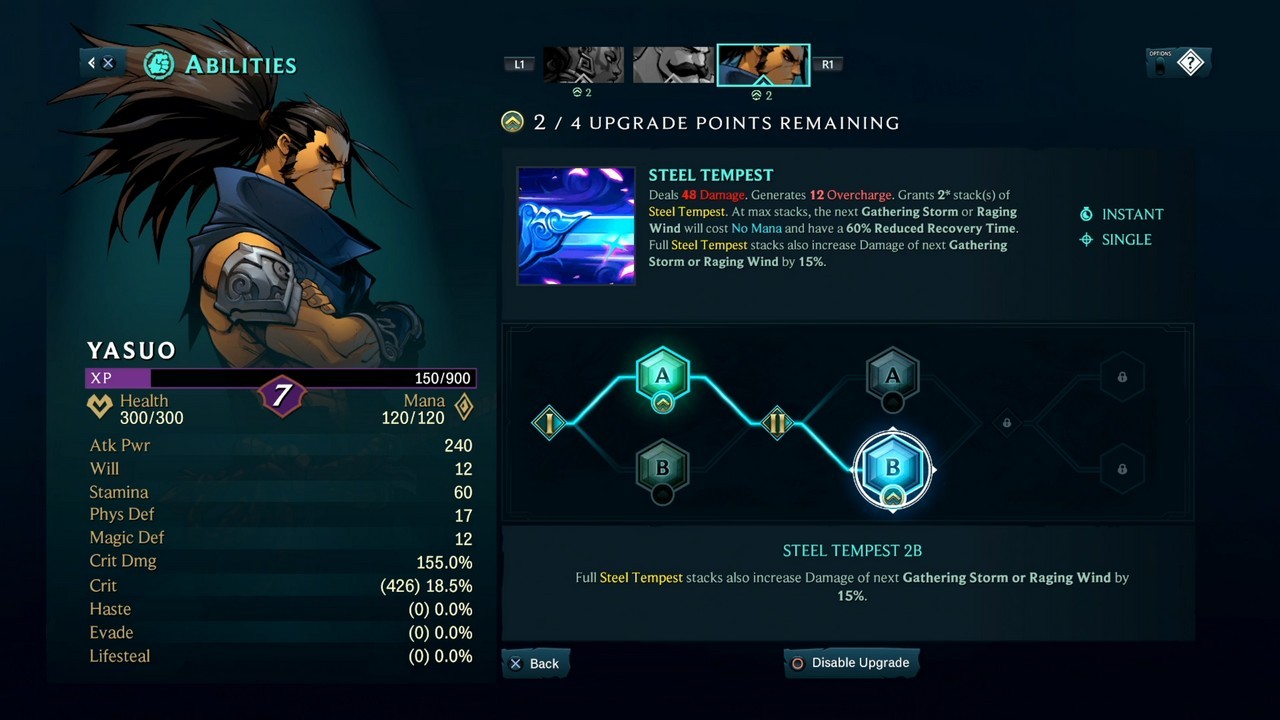 But if you’re looking parallels to LoL in Ruined King, that would be the ability to customize your characters skill tree and its rune system. In a skill tree, you can choose between two upgrades that provide additional effects to a characters ability. Once you choose though, the other option is locked. Though you can reset the skill tree anytime, so you can always change your option to suit your situation. Once a champion reaches level 8, the Rune system is unlocked; it is another skill tree, but the Rune system allows champions to have a sub-class and fill what their roles are lacking. Just like the Skill tree, you can reset the Runes anytime so you can experiment on different sub-class and make a perfect party to your journey towards the Shadow isles. Though the Skill and Rune system is a parallel to what we have in LOL, it still feels unique and adds complexity to Ruined King’s gameplay, so everyone can find a different experience in one playthrough.

The part that I don’t enjoy the most in this game is the dungeon crawling. For most parts, you’ll do tons of walking and fast travel is unlocked later in the game. But what made my journey slower was the side quests that I did along the way. Side quest helps to find collectibles and lore info, plus gives some extra rewards. Unfortunately, if you trigger a story cutscene along the way, and if you decided to finish a side quest first, you’ll have to redo the same story cutscene (including any battle on that part) which is frustrating, especially if you just want to progress after a side quest. 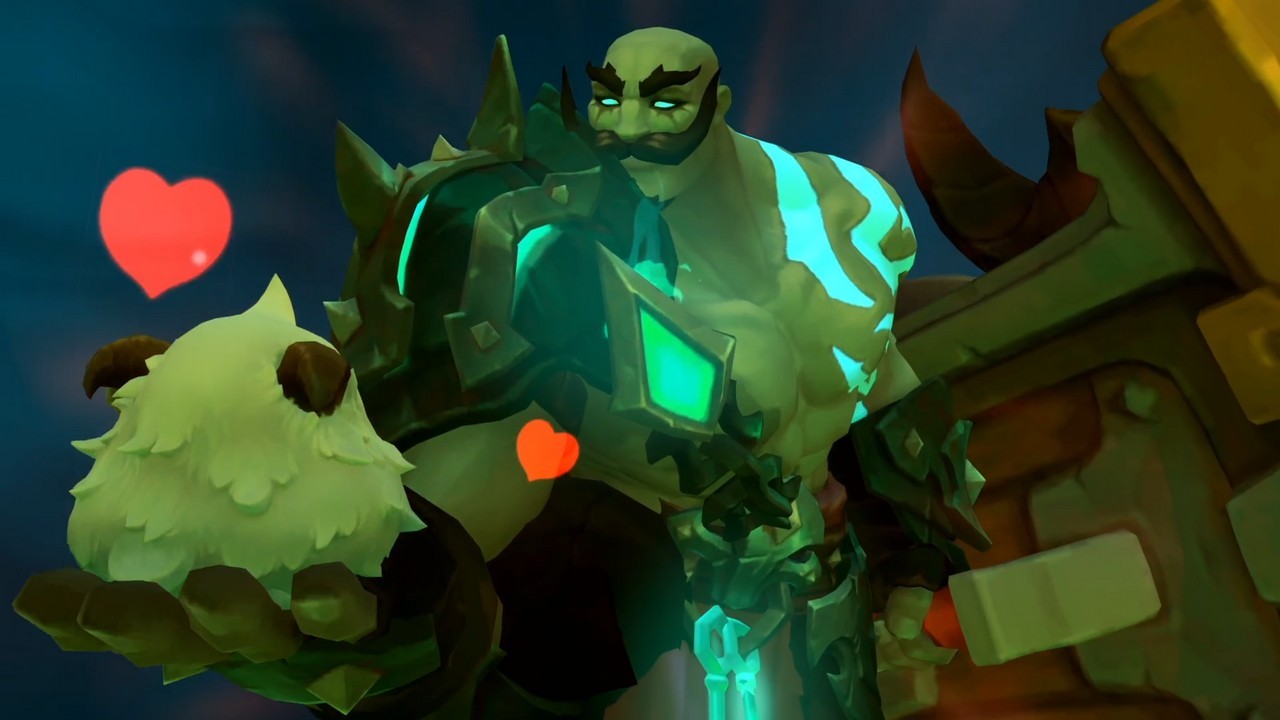 Ruined King: A League of Legends story is a nice example of a League spin-off in a new genre, and just like in Legends of Runeterra, Ruined King manages to touch the LoL universe but in a higher degree since it has a established storyline to follow. Some may say that the runtime is short, but I think its enough to have a satisfying narrative. And if you feel dissatisfied with LoL’s Sentinels event, you could just forget about it and play Ruined King instead.

Despite the dungeon crawl being a bit tedious because of the loading times, Ruined King is overall a good RPG to try out for both League fans and those who were introduced to the world of Runeterra thanks to Arcane.