Is this new Samsung phone a strong budget smartphone contender? 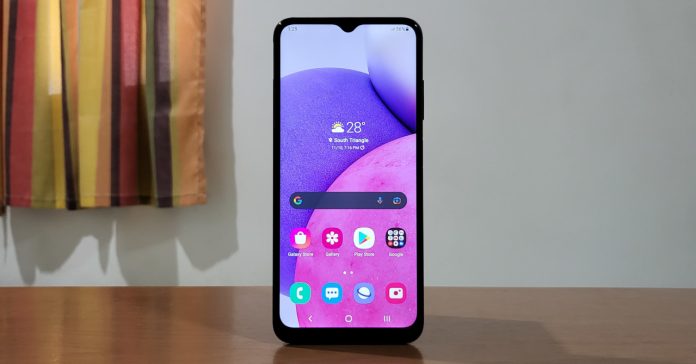 Last month, Samsung launched the Galaxy A03s in the Philippines, a budget-friendly smartphone that’s poised to be a nice option for the youth who need their first smartphone users, as well as for users who want a device that’s easy on the wallet. 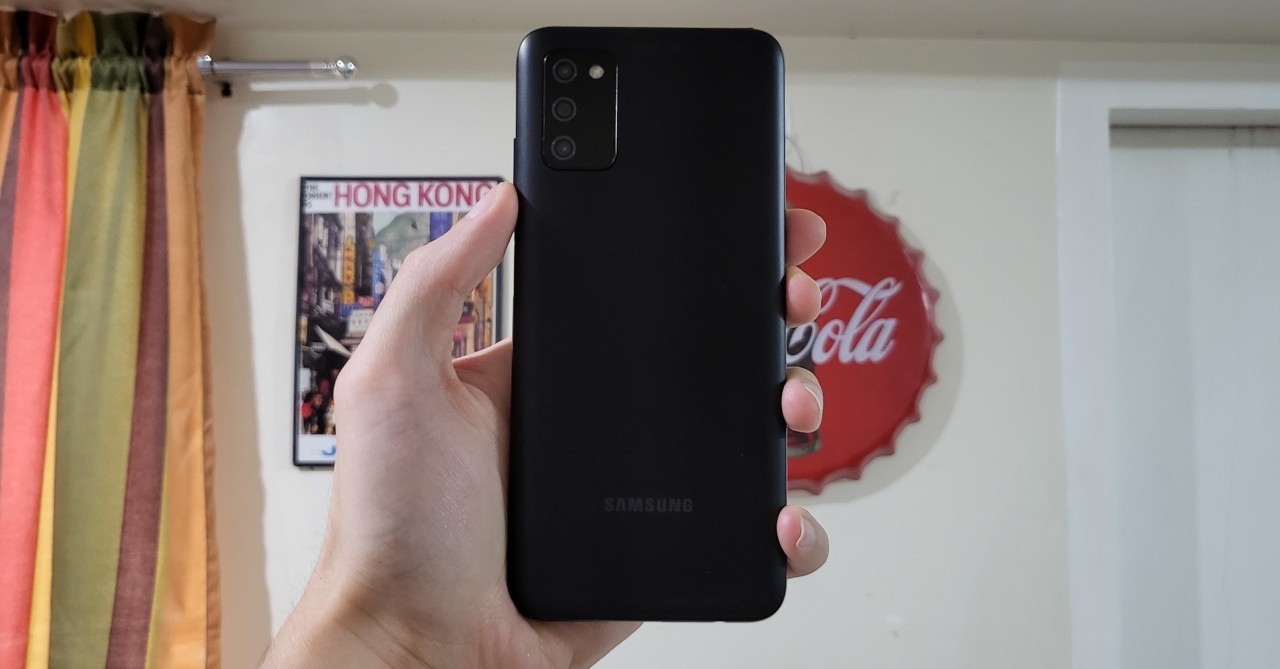 On paper, this phone seems to be a pretty decent pick, but what about in actual use? While we don’t expect this phone to be a powerhouse, the budget smartphone segment is incredibly competitive, meaning it has to perform at least well enough for everyday use and for some light gaming.

So, does the Galaxy A03s deliver? Here’s our review! 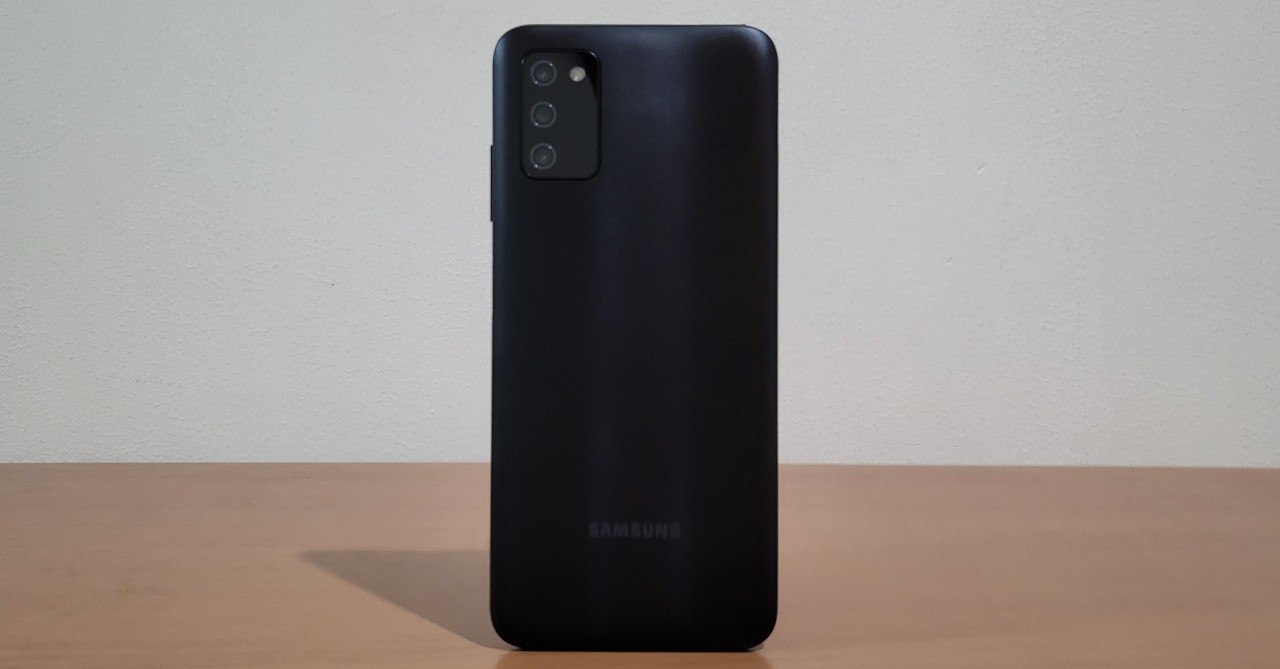 Before we check out the phone’s camera and everyday performance, let’s first take a look at its design. The Galaxy A03s has a camera module that look a lot like the S20 or the 2020 A series devices, but instead of a glass or metal back, this phone has a polycarbonate back with a matte finish. This should come as no surprise given that this is a budget phone. 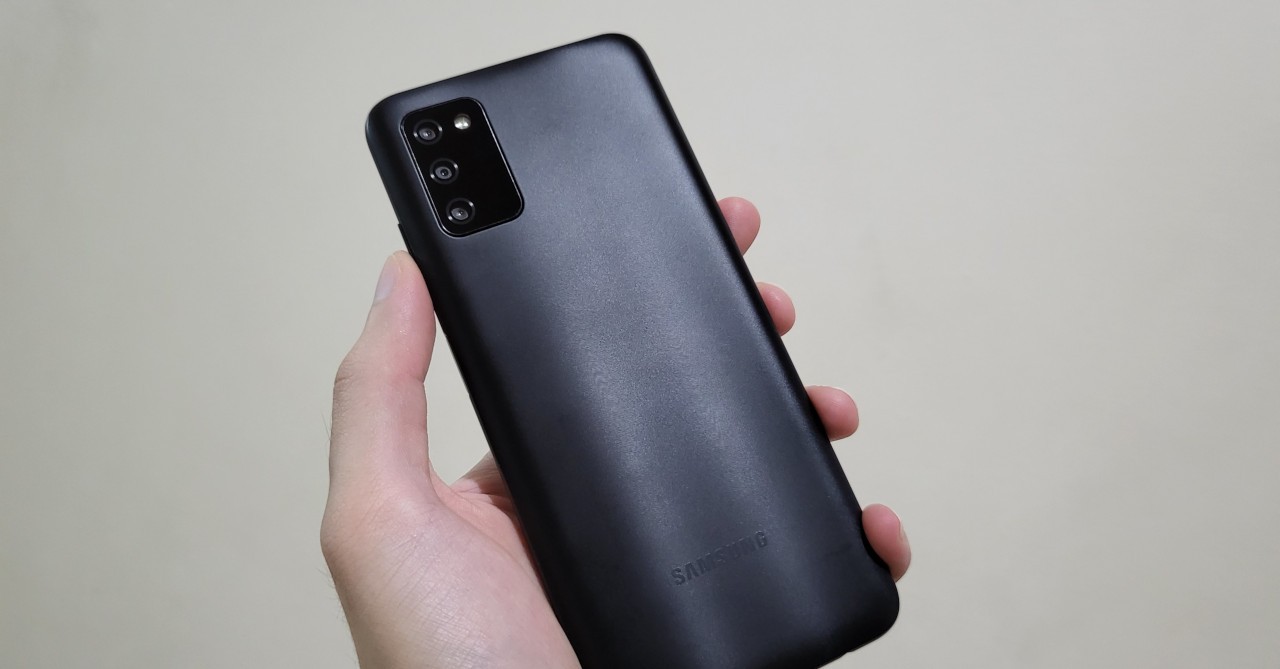 While it may not be the most premium looking or feeling device, the Galaxy A03s does feel nice as it provides a decent grip. This means the phone won’t slip from your hands even if you game on it for some time.

As for its looks, the Galaxy A03s won’t look as eye-catching as other phones, but it’s not a bad-looking phone by any means. Personally, I would be happy with this kind of design, especially as I prefer a sleek and subtle look for a phone. 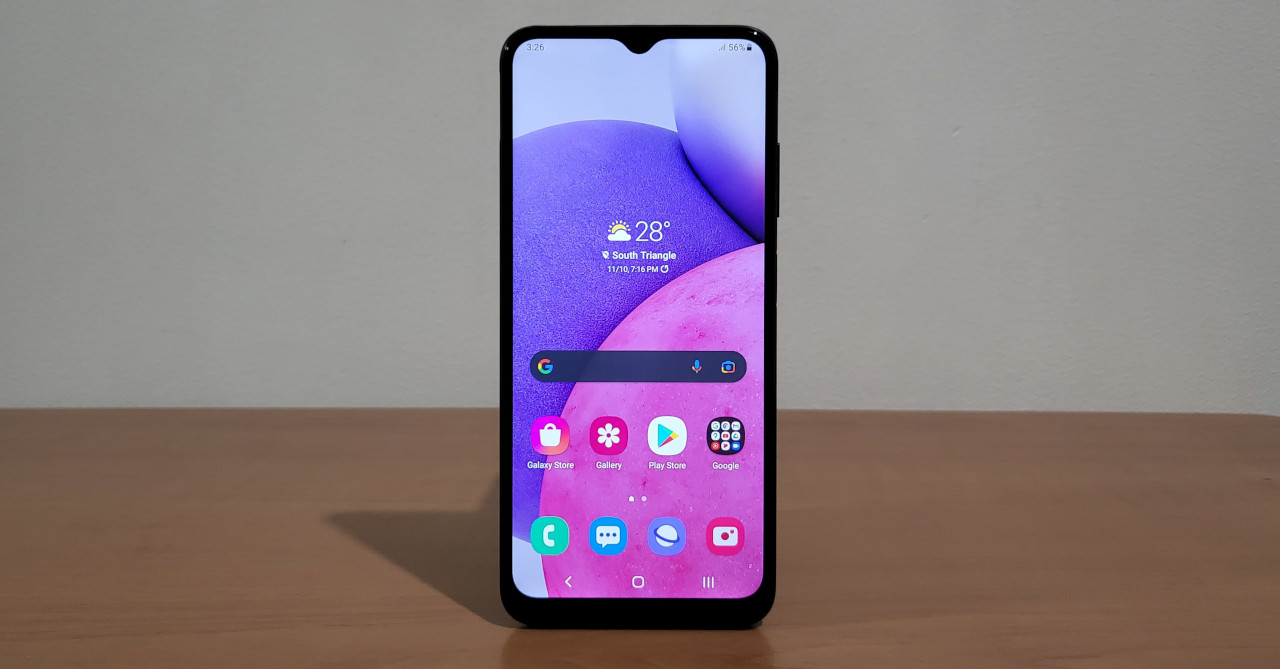 Moving to the front, we have the Galaxy A03s’ 6.5-inch display with a waterdrop notch at the top. This might not be as fancy as a holepunch notch, but this type of notch is not distracting in my opinion. Overall then, the A03s has a nice design that should satisfy users budget-minded users. 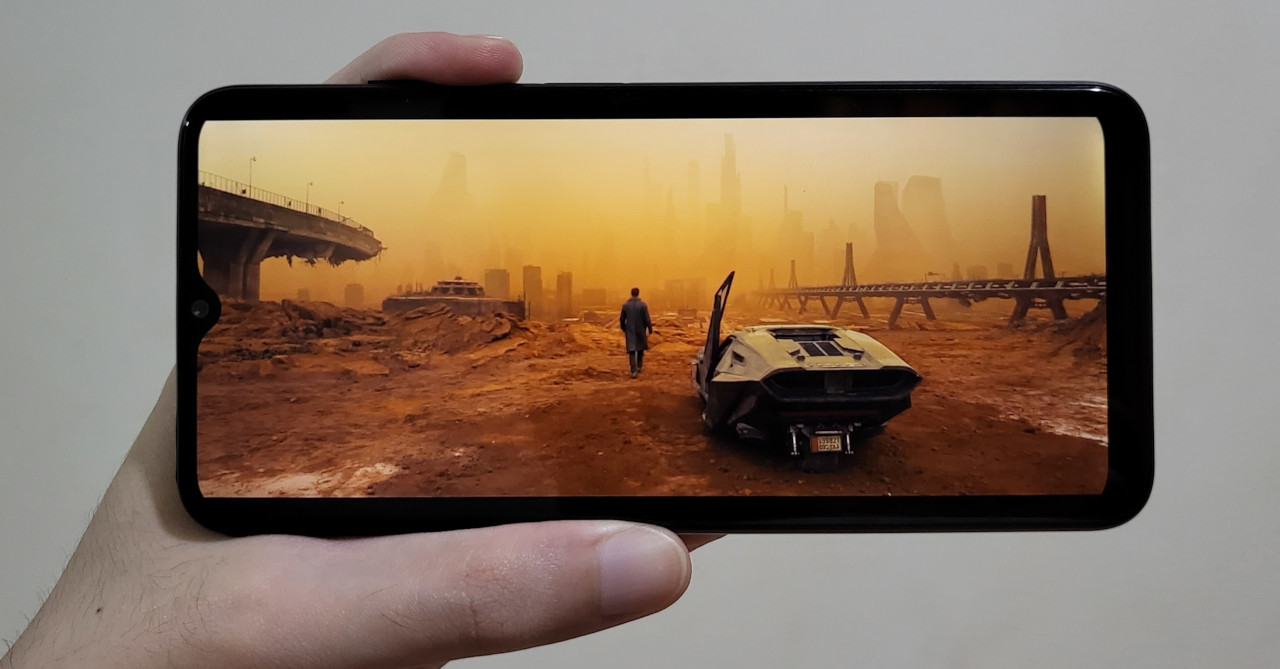 Speaking of its display, the 6.5-inch screen on this phone is large, but it only has an HD+ (720p) resolution, and it is an LCD panel. While Samsung’s mid-range phones usually pack AMOLED screens, using an LCD display for the A03s is not surprising given the affordable price tag.

Even if it’s not an AMOLED, the phone is still fine for binge-watching as the screen is fairly large and can get quite bright. If you’re not a stickler for vibrant colors, watching movies/shows on the A03s should be good.

If you do want to have a movie/series marathon on this phone, make sure to use headphones or external speakers as the onboard speaker isn’t the best. It can be used in a pinch, but having headphones or louder speakers will definitely offer a better experience.

As mentioned above, the Galaxy A03s is powered by a Helio P35 processor which is paired with 3GB of RAM. At this point, a Helio P35 is quite an old processor, so how does it hold up?

For starters, the P35 still has enough power to run popular games such as League of Legends: Wild Rift. Take note though, you can run the game smoothly on the Low graphics setting and at 30FPS. Thankfully, Wild Rift ran at a stable 30FPS on the Samsung Galaxy A03s.

For more demanding titles, you should also keep the settings at Low. For example, Call of Duty Mobile ran on the Low graphics settings, and with some minor slowdowns here and there. CoD Mobile is still playable with this phone yes, but the experience won’t be as smooth as with more powerful devices.

Given this performance, don’t expect the A03s to run the most demanding Android games such as Genshin Impact.

Meanwhile, here are the synthetic benchmark scores of the A03s:

When we tried running 3DMark Wild Life, the phone did not support it, so we instead ran the Sling Shot benchmark. Though the phone did run Geekbench 5, so you can compare this phone’s single and multi core benchmark performance with other budget devices we have reviewed recently.

For daytime and indoor shots, the A03s’ main camera did well as the photos it took were of decent quality. While colors aren’t the most vibrant, the image quality should be fine for social media sharing.

At night though, the phone’s main camera does not perform that well. This is likely due to the fact that the phone lacks a dedicated Night Mode. Here’s hoping that this feature gets added in an update as a Night Mode should improve the phone’s low light imaging performance.

As for the other cameras, the phone’s macro camera performs as you would expect a 2MP shooter to. Same goes for the depth sensor which allows for some decent portrait shots.

Finally, the phone’s 5MP selfie camera was quite surprising. While I expected selfies to look blurry and muted, selfies on the A03s are actually quite nice thanks to the good colors.

For everyday use, the Galaxy A03s proved to be reliable enough as it didn’t have problems running usual apps such as email, social media, and some office apps. I did notice that the phone isn’t the snappiest or the most responsive. At times, you may have to wait a second or so before your press gets registered. While it’s still usable, you’ll have to keep in mind the slowdowns that you’ll get while using this.

What’s great about the A03s though is its battery life. Thanks to its 5,000mAh battery, the phone can last for well over a day, or even two days on medium use. This means you can opt not to bring a power bank with you if you’re out and about with this phone. Plus, the long battery life can make this phone a great backup option.

Another good thing about the A03s is the software. Personally, I’m a big fan of OneUI in terms of design and functionality. Even if the Galaxy A03s uses the core version, the phone’s UI is still easy to navigate and has a lot of options that are easy to get to and change. 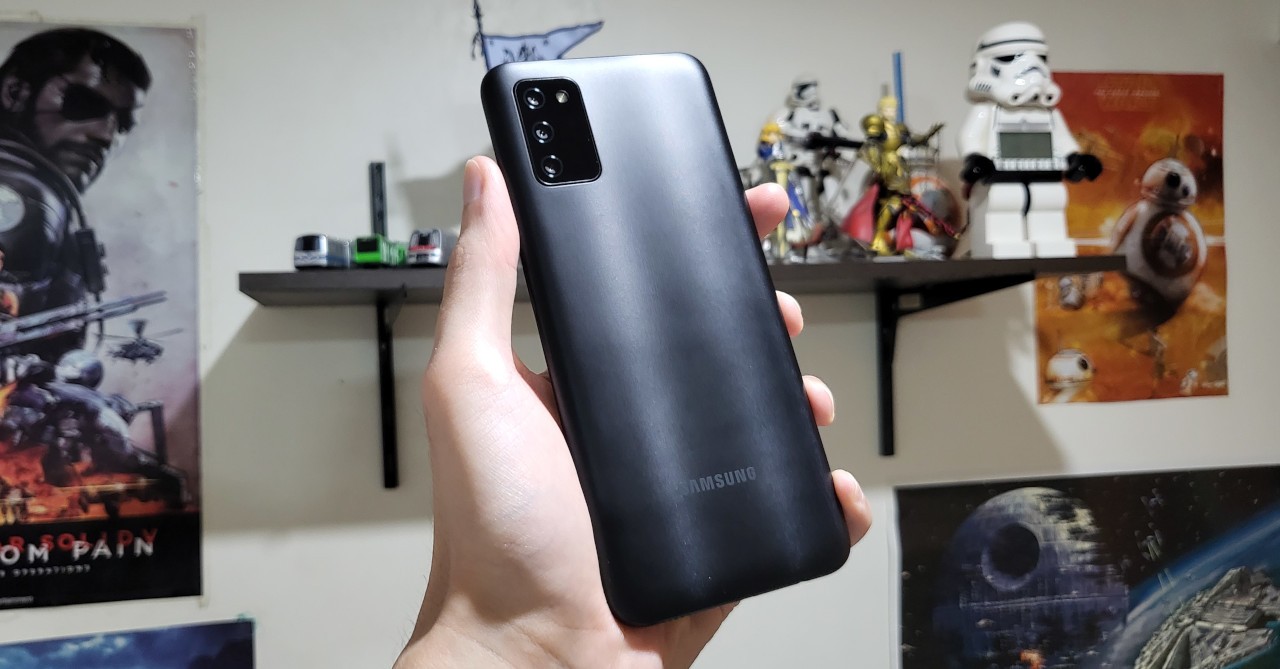 So, is the Samsung Galaxy A03s the budget phone for you? Well, it depends. What the Galaxy A03s has going for it are good design, great UI, and excellent battery life. On the flip side, the phone is not a class leader in terms of gaming and everyday performance.

At PHP 6,490, the A03s can be seen as a good deal for users who prioritize battery life and a good UI. So, if those are your main priorities in a phone, the Samsung Galaxy A03s is worth taking a look at.  Though at this point, the budget segment is very competitive.