5 Reasons why you should play The Dungeon of Naheulbeuk

The Dungeon of Naheulbeuk is out now on PS4 – here's why you should play it! 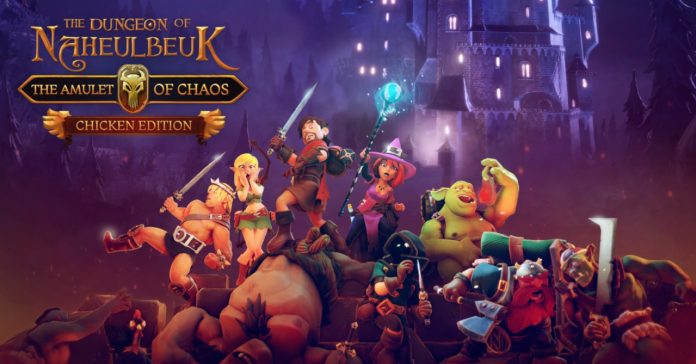 If you’re unfamiliar, the Naheulbeuk universe is an original creation by French author John Lang, and it started as an audio comedy series that parodies role-playing, tabletop games, and other heroic fantasy tropes. Given this, The Dungeon of Naheulbeuk is a game that classic RPG fans will love; that is if they want to experience a hilarious parody of their beloved genre.

Now, in case you need more convincing, or if you’re an RPG newbie that may still be on the fence, here are five reasons why you should play The Dungeon of Naheulbeuk!

A Huge Dungeon to Explore 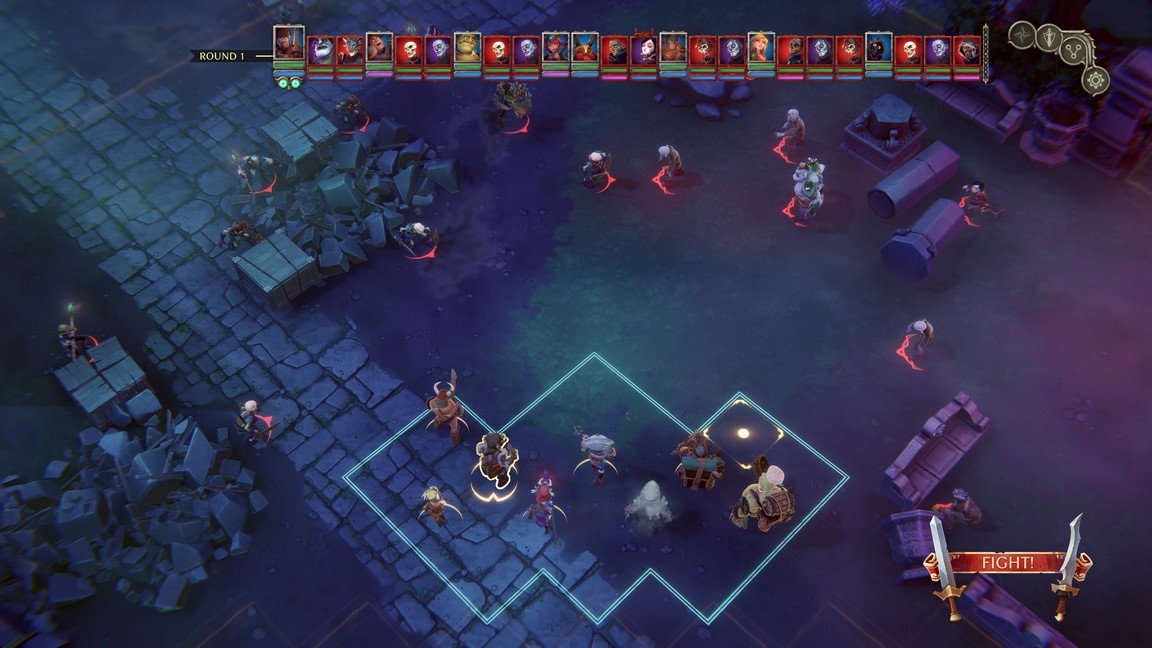 As the game’s title implies, The Dungeon of Naheulbeuk is set in a huge, sprawling dungeon that may not seem all that exciting at first. After all, when you say dungeon, usually what comes to mind is a dull cavern-like environment. Make no mistake though, in this game, the huge dungeon features not only a cave, but also luxury quarters of the evil lord Zangdar, and even lively places such as a goblin ice skating park and a tavern.

Aside from getting to explore this big dungeon, there are also lots of unique points of interests along with hidden passageways with loot that make exploration well worth it.

A Comedic take on Dungeon-Crawling RPGs 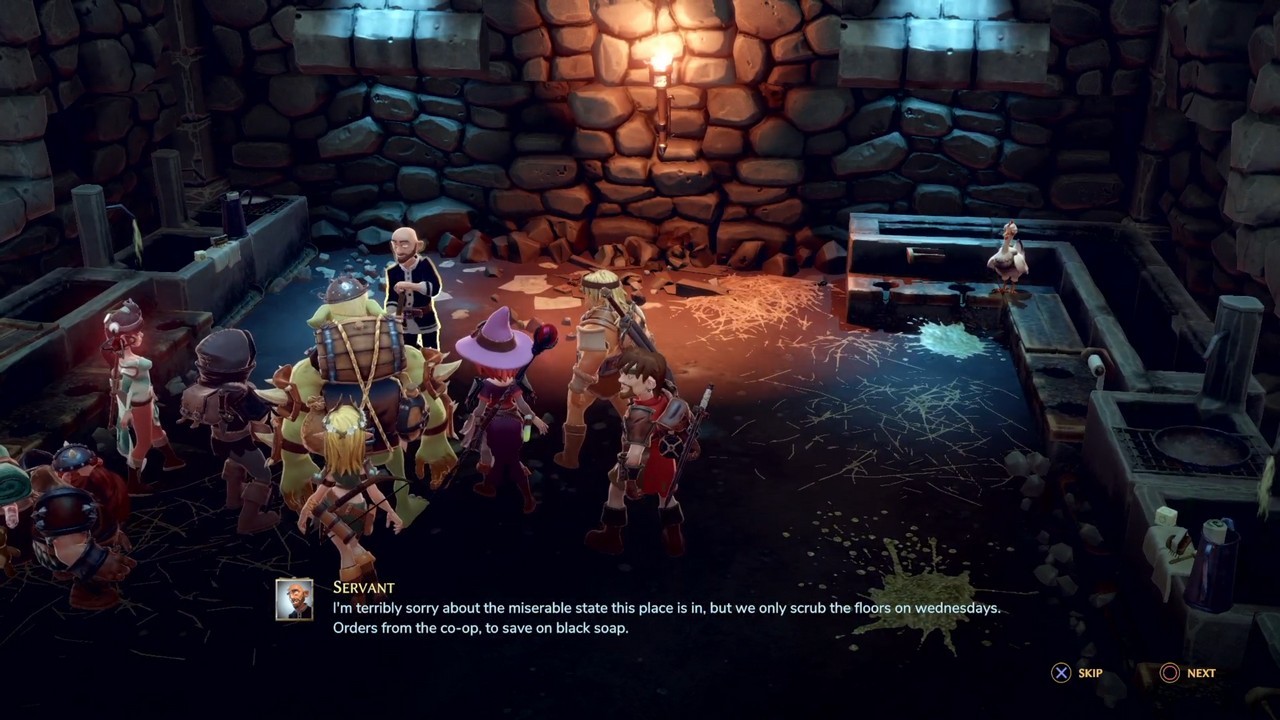 What helps add to the game’s humor is the narrator. As you play the game, the narrator will give out some useful tutorials, though at times, the narrator also shares some self-aware lines that keep the experience breezy. 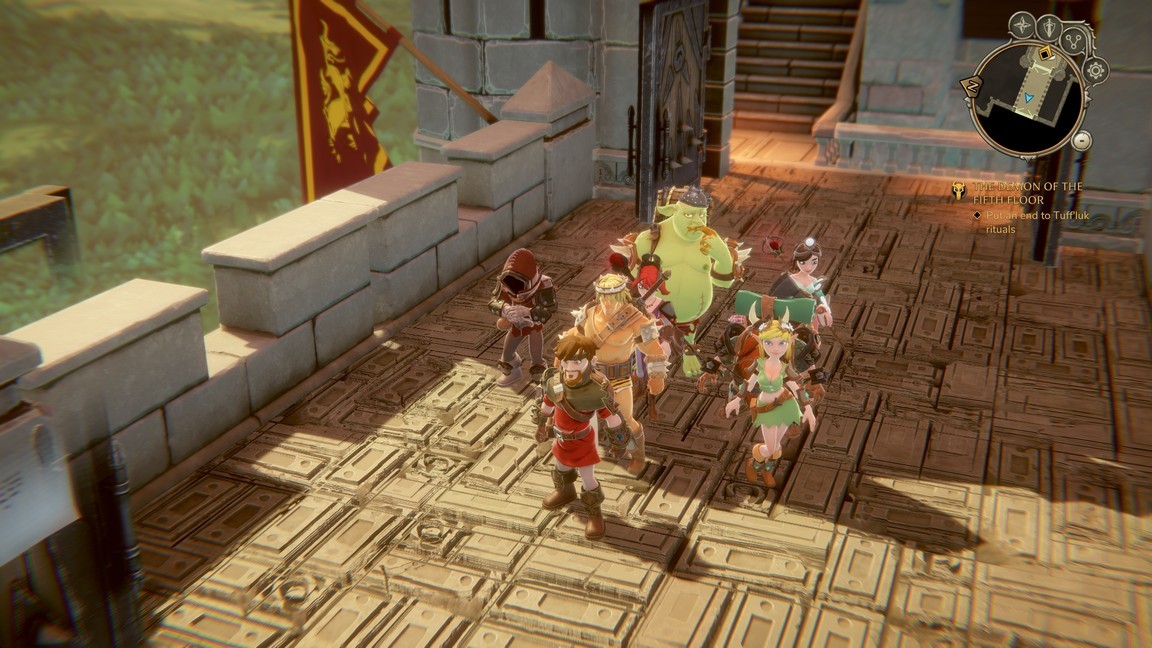 While the game does serve as a parody, or at least a lighthearted take on RPG tropes, the game does feature a loveable (and annoying in a funny way) cast of characters that fulfill the standard RPG roles. In the party, you have the Ranger, the Elf, the Dwarf, the Barbarian, the Magician, the Ogre, and the Thief. All of these party members have their unique personalities, and while they can be funny on their own, what makes them hilarious is when they interact with each other. 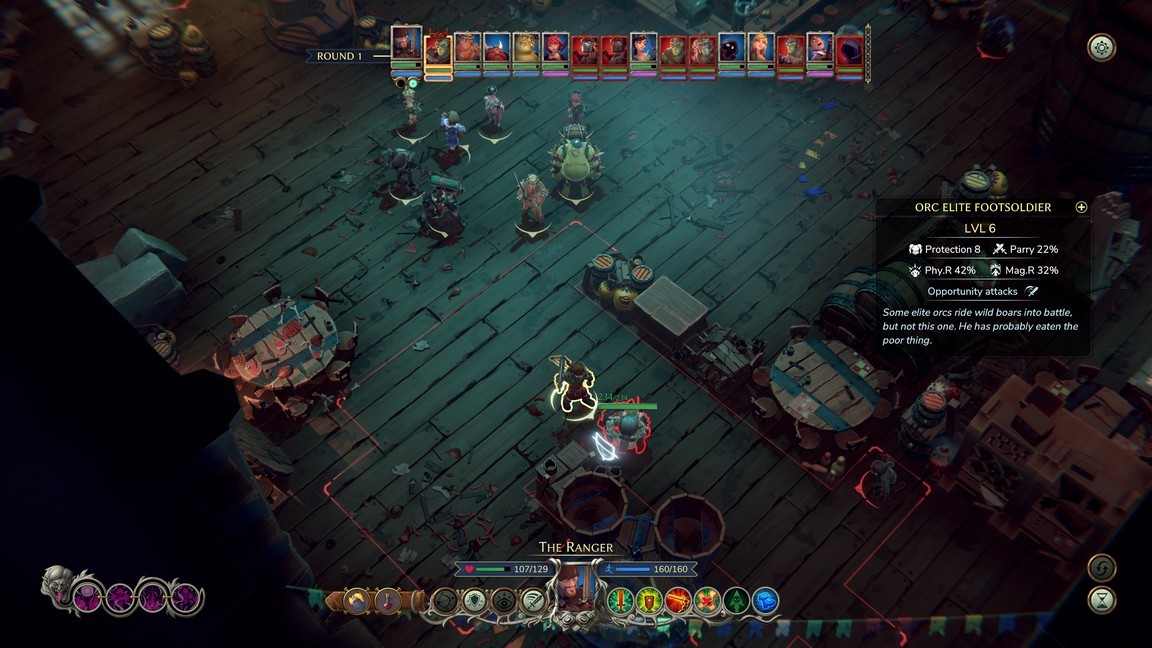 Sure, The Dungeon of Naheulbeuk is a more lighthearted dungeon-crawling RPG, but make no mistake, the game’s combat system is a complex and interesting one. The game’s turn-based battles require you to think carefully during encounters, and you also must properly level up your party members and use their abilities wisely. Thanks to this, the game is exciting, and it will easily keep players engaged, even for die-hard RPG fans who are used to complex battle system. 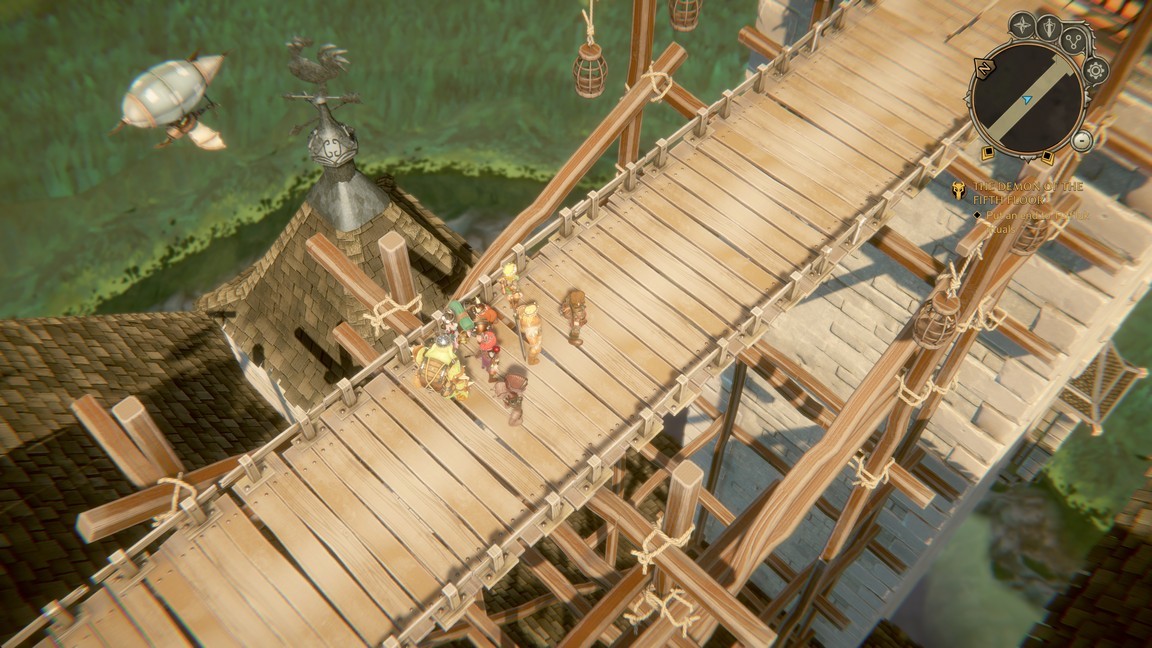 First up, the game has an accessible “story mode” difficulty which simplifies the combat. This option is great for first-time RPG players, or at least for those who just want to experience the funny story without much challenge. For players who want a balanced experience, the game also has a normal difficulty option. But for those looking for a challenge, The Dungeon of Naheulbeuk has a “nightmare mode,” and in this difficulty, small errors will spell doom.

And there you have it! Those are five reasons why you should play The Dungeon of Naheulbeuk!

Convinced? The game is available now for the PS4 in the PlayStation Store in Asia.