These are two promising new laptops from ASUS! 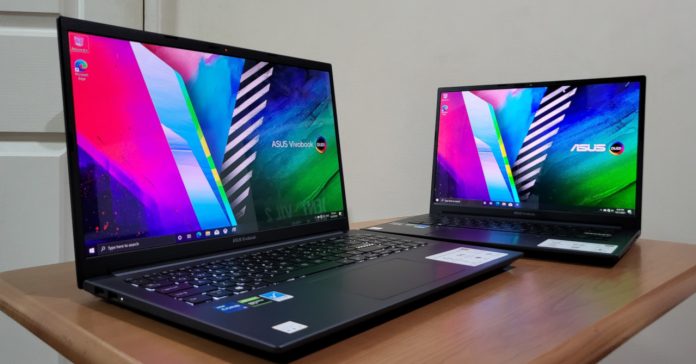 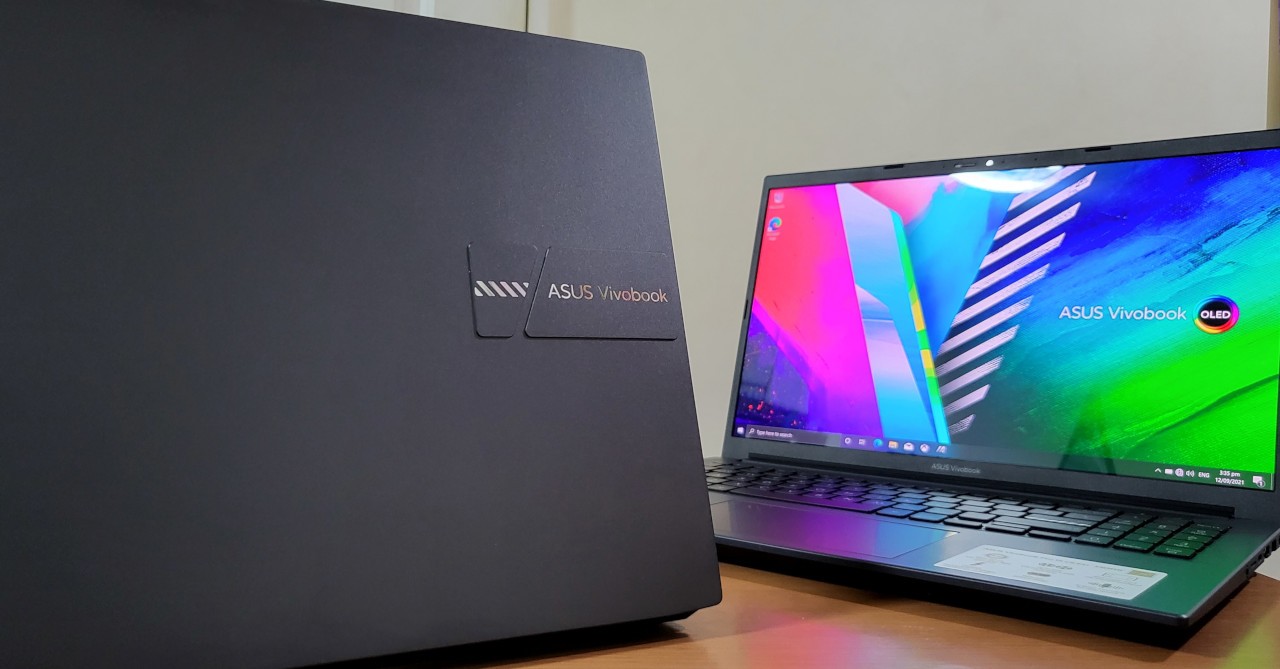 Sure, the recent ASUS notebooks that we’ve tried featured OLED displays, but the Vivobook Pro OLED laptops kick it up a notch with revamped designs, as well as more powerful hardware, with both variants having dedicated NVIDIA GPUs. In fact, these new laptops can even go toe-to-toe with ASUS’ more premium Zenbook lineup!

But before we can claim if these new Vivobooks deserve their Pro moniker, let’s first explore what you can expect with ASUS’ latest notebooks.

First off, we have the Vivobook Pro OLED 14. Compared to previous generation Vivobooks, the Pro OLED 14 has an updated design that looks more stylish in our eyes, all while still being sleek. The design update can be seen clearly in the back, specifically in the Vivobook logo on the cover.

At the front of the laptop, you can see the white backlit keyboard, as well as the touch pad with the Numberpad 2.0 — a feature normally reserved for the more premium Zenbook notebooks. This laptop also lacks the neon yellow-colored enter key, and it instead has an enter key with a design that’s seemingly inspired by streetwear (think Off-White). 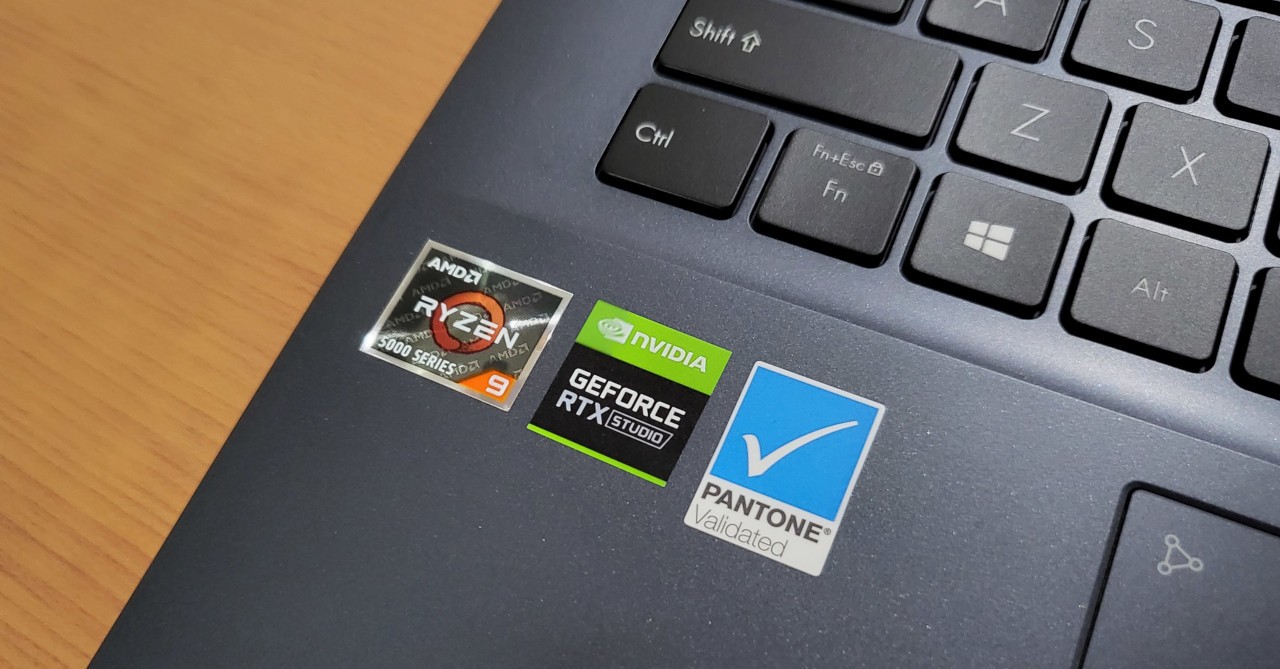 Moving on to the specs, the Vivobook Pro OLED 14 is powered by up to an AMD Ryzen 9 5900HX processor, an NVIDIA RTX 3050 Studio Edition GPU, and up to 16GB of RAM. These specs are impressive for a Vivobook laptop, as this CPU/GPU combo seemingly rivals that of portable workstation laptops. This means the Pro OLED 14 should be a great partner for content creators who need a laptop for video editing and other creative work.

The RTX 3050 should also mean it can run triple A games as well. Though the 3050 in this laptop is branded as a Studio Edition GPU, so we’ll have to test it out before we can confirm that it can run games well.

For its display, the Pro OLED 14 has a 14-inch 16:10 (2880 x 1800 resolution) OLED screen, meaning it’s a bit taller than previous Vivobooks. Having a taller display makes this laptop a great match for work as it gives users more vertical space for multitasking.

One change that the new Vivobook Pro has is the webcam. Unlike previous ASUS laptops, the Pro OLED 14 has a built-in physical cover for the webcam; this is a great addition for enhanced privacy.

For I/O, the Pro OLED 14 has the following ports:

Even though it’s a thin and light laptop, the Pro OLED 14 manages to fit a good amount of ports. Not too surprising given that this is a “Pro” laptop.

Inside, there are some differences. As the Pro OLED 15 is a bigger laptop, it packs a full-size keyboard, though it lacks the Pro OLED 14’s Numberpad 2.0 on the trackpad. Though it also has a power button that’s more flush to the body like the Pro OLED 14. This is a great change as it’s now more difficult to accidentally press it, unlike in previous Vivobooks where the power button looks the same as the other keys. 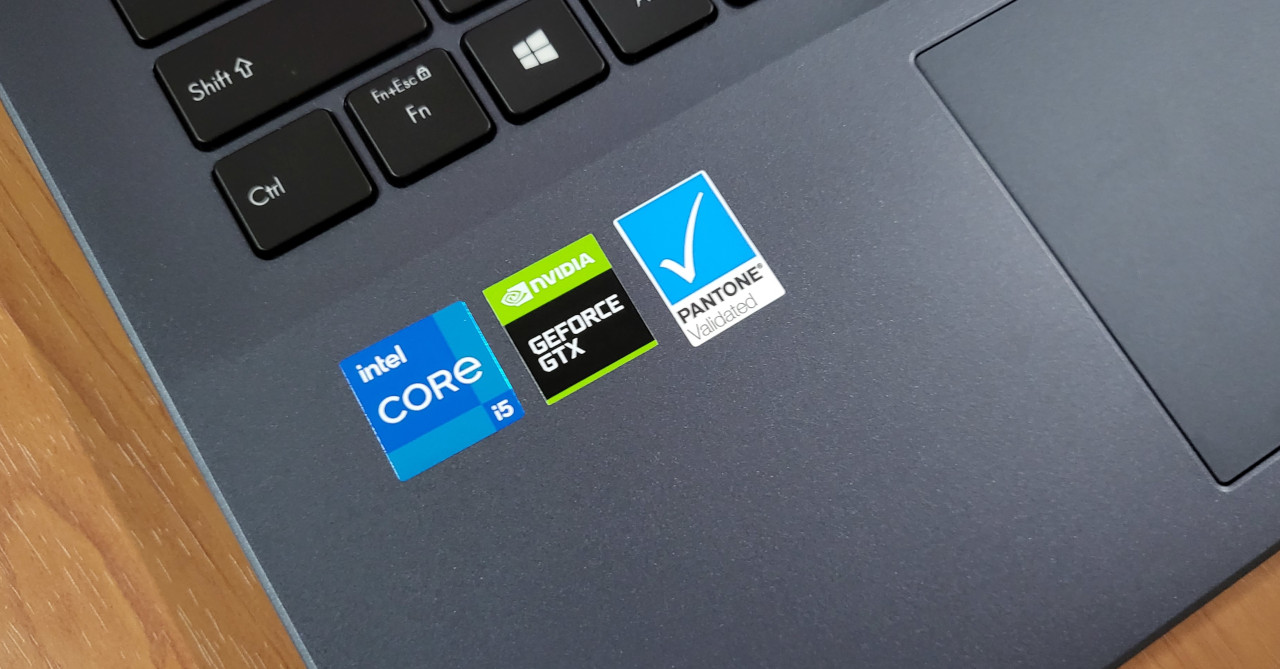 The Pro OLED 15 variant that we have is powered by an Intel Core i5-11300H processor, paired with an NVIDIA GTX 1650 Max Q GPU and 8GB of RAM. While it won’t be as powerful as the Pro OLED 14, its specs are still a step above non-Pro Vivobooks as the other Vivobook models only pack either onboard or NVIDIA MX line GPUs. 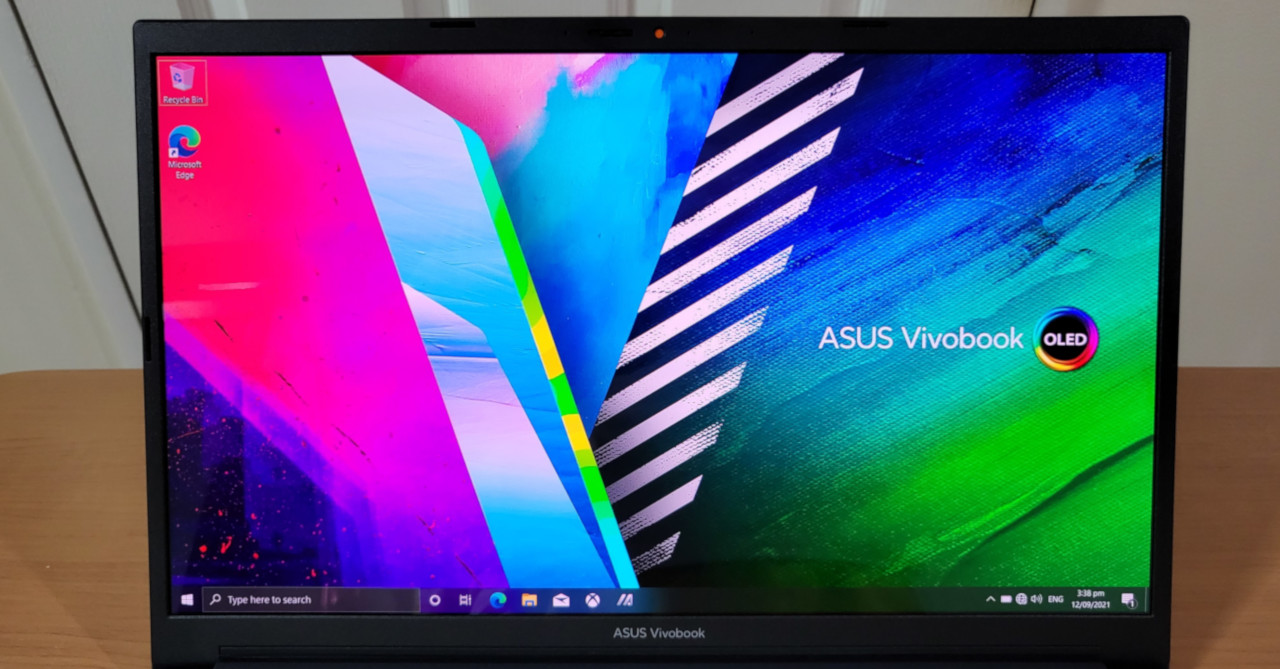 The Pro OLED 15 has a 15.6-inch FHD OLED display with a 16:9 aspect ratio. While it doesn’t have the taller screen of the Pro OLED 14, the 15 does also come with the physical webcam cover.

Finally, here are the ports on the Pro OLED 15:

The Pro OLED 15 has mostly the same ports as the 14, though this laptop does pack a Thunderbolt port instead of a standard USB 3.2 Gen 1 Type-C found on the smaller notebook as the 15 uses an Intel processor. 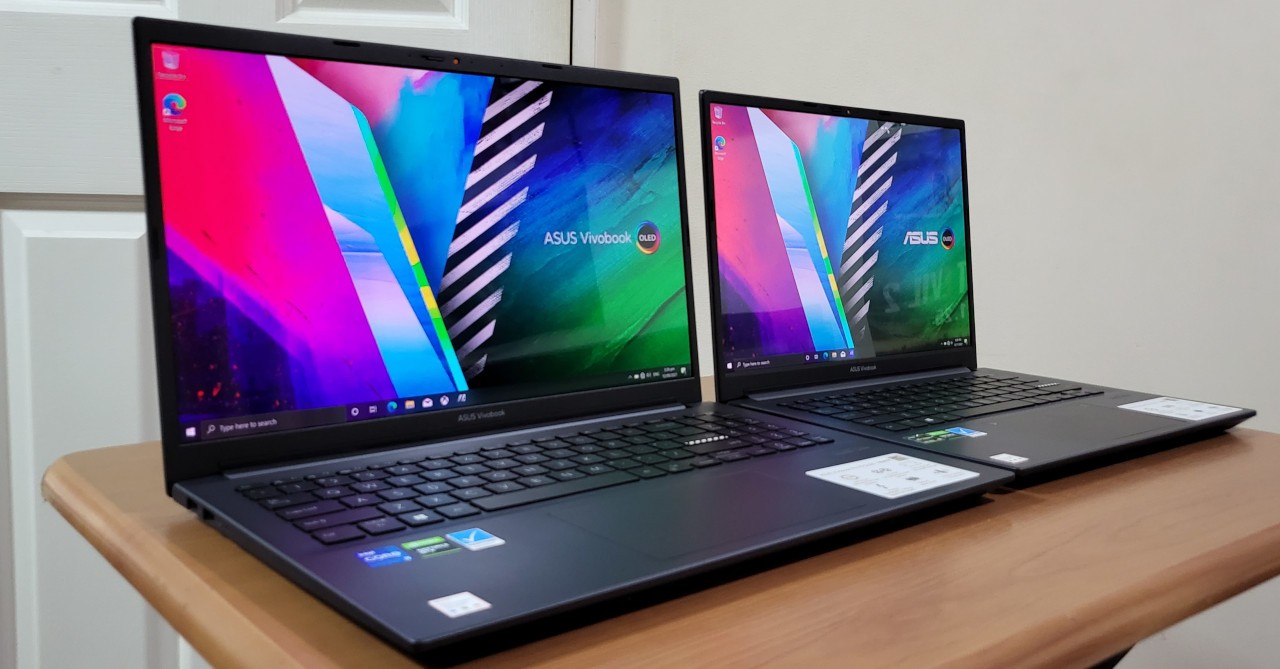 Right now, we’re still testing these two laptops out, but based on our first impressions, both of these ASUS Vivobook Pro OLED notebooks deserve their Pro moniker. Not only do these laptops come with revamped designs, they also pack specs and features that are usually only seen in more premium or workstation notebooks.

Based on what we’ve seen so far, these two notebooks should fit the bill for creatives. Though we still have to test them out before we can give our final verdict. So, watch out for our full review of these two Vivobook Pro OLED laptops soon!