Check this out: Final Fantasy 7 Remake 3D billboard in Japan 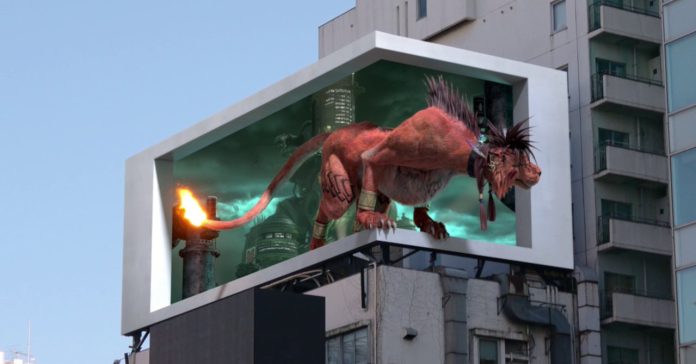 Specifically, this 3D billboard can be spotted at Omotesando Hit Vision in Tokyo, and it shows Red XIII escaping from Shinra HQ.

Aside from promoting FF7 Remake, this 3D billboard is part of a campaign by Square Enix. To join in this campaign, fans in Japan can post their sighting of Red XIII on Twitter to receive an Amazon gift card, along with other prizes.

The official Final Fantasy 7 Remake Twitter also showed off the billboard for fans outside of Japan to see. Though in the Tweet, it was stated that this campaign is only in Japan, and it is not related to an upcoming FF7 Remake DLC or sequel.

This incredible 3D video of Red XIII is currently playing in Omotesando, Tokyo as part of a campaign running in Japan.

It’s not related to any @FinalFantasy VII Remake DLC or sequels, but we wanted to share it with all of you unable to see it in real life, we hope you like it! pic.twitter.com/CyX1prSne5

To go along with this Final Fantasy 7 Remake 3D billboard, Square Enix also released a video which features a news announcement from Shinra regarding Red XIII’s escape:

While it has been well over a year now since the initial release of FF7 Remake, the game did get released back in June as FF7 Remake Intergrade on the PS5. Plus, Final Fantasy 7 Remake also recently released on PC exclusively on the Epic Games Store.