High Calibre is out now in Rainbow Six Siege 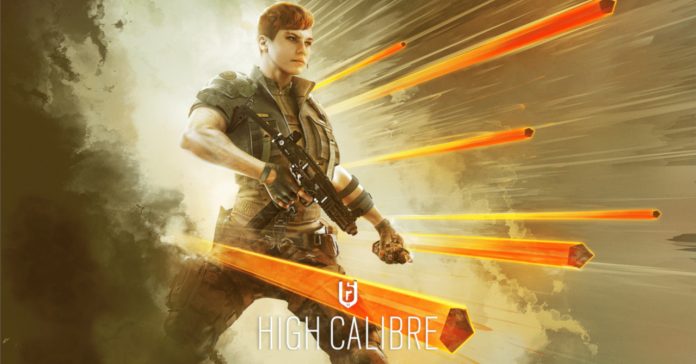 After the game’s third season last August, High Calibre, the fourth and final season of the Tom Clancy’s Rainbow Six Siege Year 6, is now available, and it brings a new operator, a map rework, and more.

The highlight of High Calibre is Thorn, the newest Rainbow Six Siege Operator. Hailing from Ireland, Thorn is a defender that’s equipped with the Razorbloom Shell: a throwable proximity device that initiates a timed blast when triggered. As for her armaments, Thorn’s loadout consists of the UZK50Gi or the M870 as primary weapons, along with the 1911 TACOPS or the C75-AUTO as secondary weapons.

High Calibre also features a reworking of the Outback map. In this new version of the map, both the main building and its exterior have been tweaked to allow Attackers to create and execute more effective strategies, along with other changes to improve overall map balance.

Along with the new Operator and Outback rework, High Calibre also includes the following updates:

To celebrate the final season of Year 6, Rainbow Six Siege is available for free from today, December 2 until December 6 on PS4, PS5, Xbox One, Xbox Series X|S, and PC via the Epic Games Store and Ubisoft Connect.

Players will also get a discount up to 70% during this free period, depending on the platform and version of the game. For more info on the free weekend and discounts, visit: http://rainbow6.com/freeweekend