The new update for Blue Archive is now live! 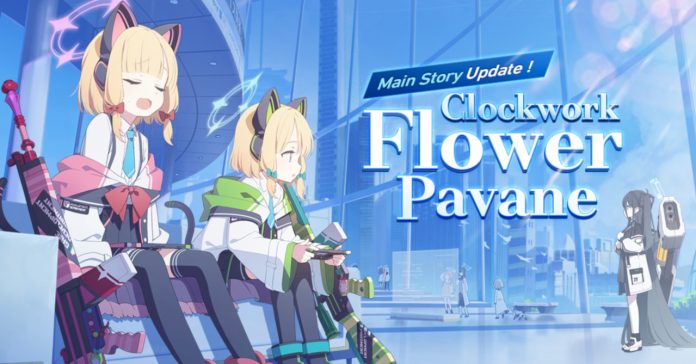 Following the game’s recent release, Nexon has released a new Blue Archive update that adds the game’s first main story expansion, featuring Chapter 1 “Retromania” of Volume 2 “Clockwork Flower Pavane.” In this expansion, players will be able to explore the Game Development Department of the Millennium Science School, get introduced to twin sisters Midori and Momoi, and a ton of all-new content.

To celebrate the release of the new Blue Archive main story update, all new missions, areas, and reward campaigns are now available. During the mission event, “Daily Quest with the Game Development Department,” players are able to get Skill Growth Materials, Artifacts, Enhancement Stones, Video Game Magazines, and more. On top of this, players can also now explore Area 13 and find T5 equipment and growth material.

The update also adds a new raid boss, Chese, in Total Assault. Plus, the Double Drop Campaign in Bounty and Commissions are now available in the game, enabling players to earn Activity Reports, Credits, and level up materials.

In case you’re unfamiliar, Blue Archive is a mobile RPG from Nexon with an anime-style aesthetic and story.

For more on Blue Archive, visit the game’s official website.