Pre-order the game now to get in-game goodies. 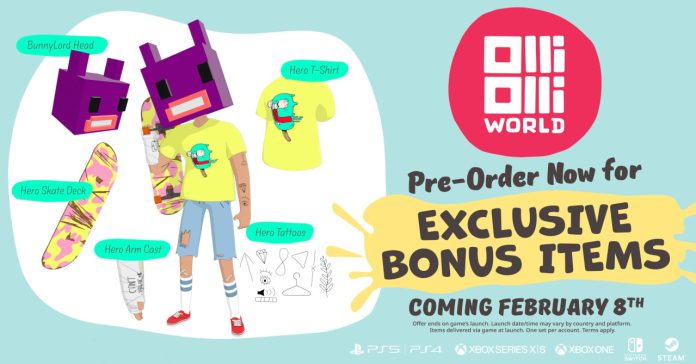 After the game’s announcement earlier this year, Private Division and Roll7 have announced that OlliOlli World is releasing on February 8, 2022, and is now available for pre-order. 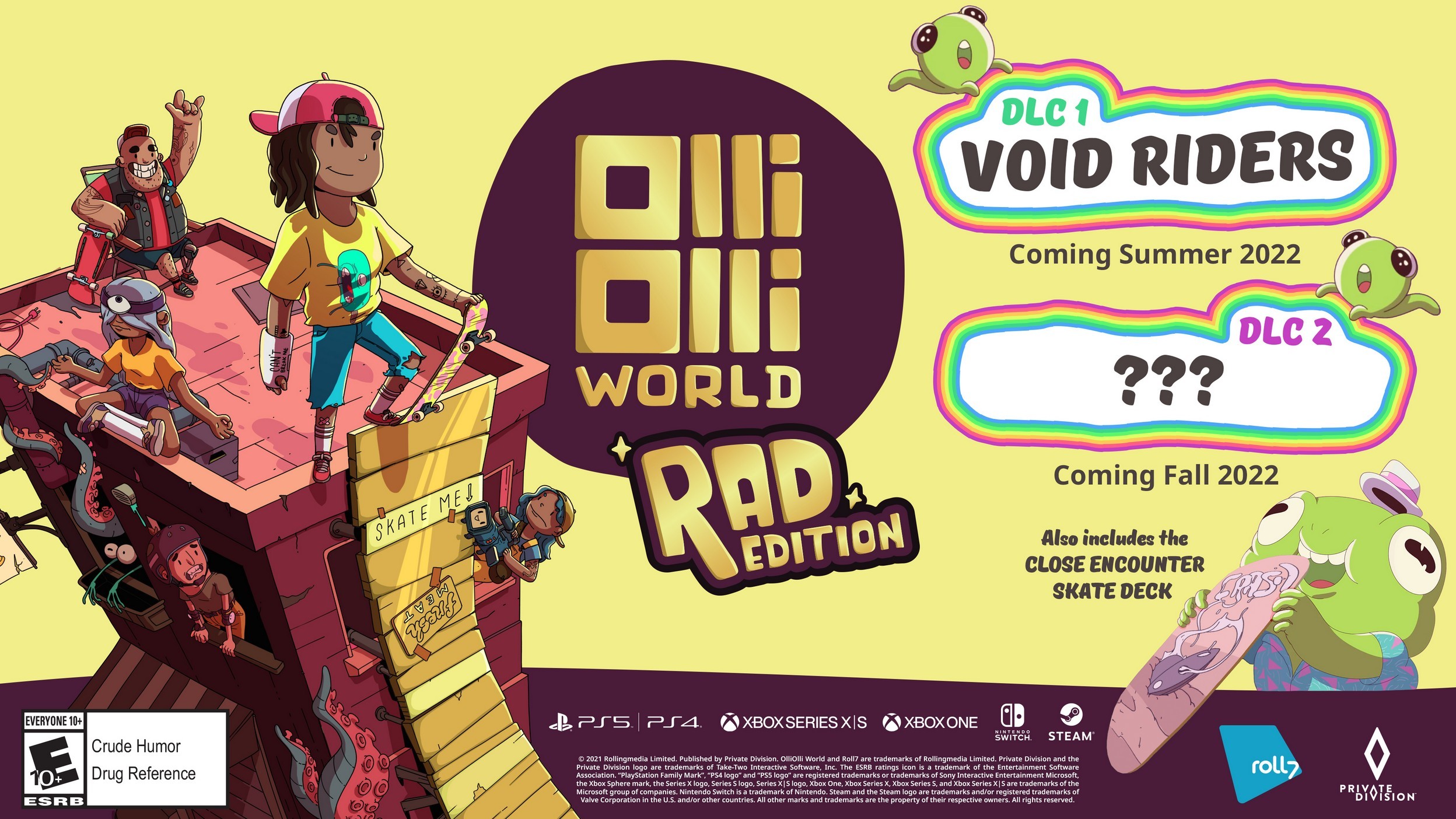 Alongside the release date and pre-order reveal, the OlliOlli World Rad Edition has also been revealed. This edition of the game is available now for digital pre-order, and it includes:

Not familiar with the game? OlliOlli World is a game that mixes skateboarding and 2D platforming gameplay. The game is the third in Roll7’s OlliOlli skateboarding series, though it features a more colorful and vibrant look.

Aside from the standard single player levels, OlliOllli World will feature two asynchronous multiplayer modes: Gnarvana League and Gnarvana Portal. Gnavarna League will pit players with similar skills to compete for the highest score. Meanwhile, Gnarvana Portal will let players generate original levels that can be shared with other players.

- Advertisement -
Previous articleDemon Slayer: The Hinokami Chronicles Enmu and Yushiro & Tamayo to the roster
Next articleFinal Fantasy 14 is so popular that Square Enix stopped selling it