Can this portable gaming PC take on the Switch? 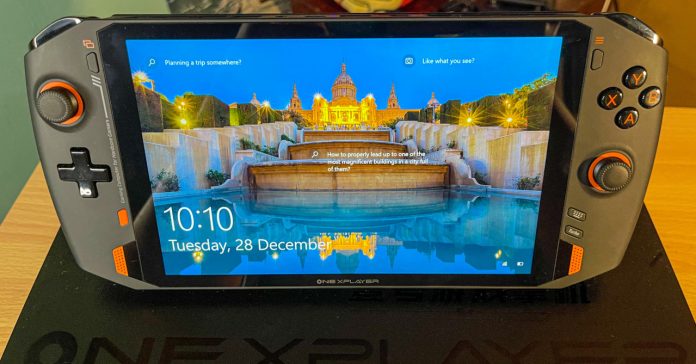 Back in September, the ONEXPLAYER 1S was made available, and it is a revision of the previous ONEXPLAYER handheld gaming console.

In case you’re unfamiliar with the console, the ONEXPLAYER 1S is a Switch-style gaming console that was funded through Indiegogo and released earlier this year. Calling it a console is a bit of a misnomer though as it is more of a handheld gaming PC a la the upcoming Steam Deck.

Yes, the ONEXPLAYER 1S is a fully-functional Windows device, and it functions much like how any other laptop would, just in a form factor that’s reminiscent of the Nintendo Switch. And recently, the device has become available in the Philippines. 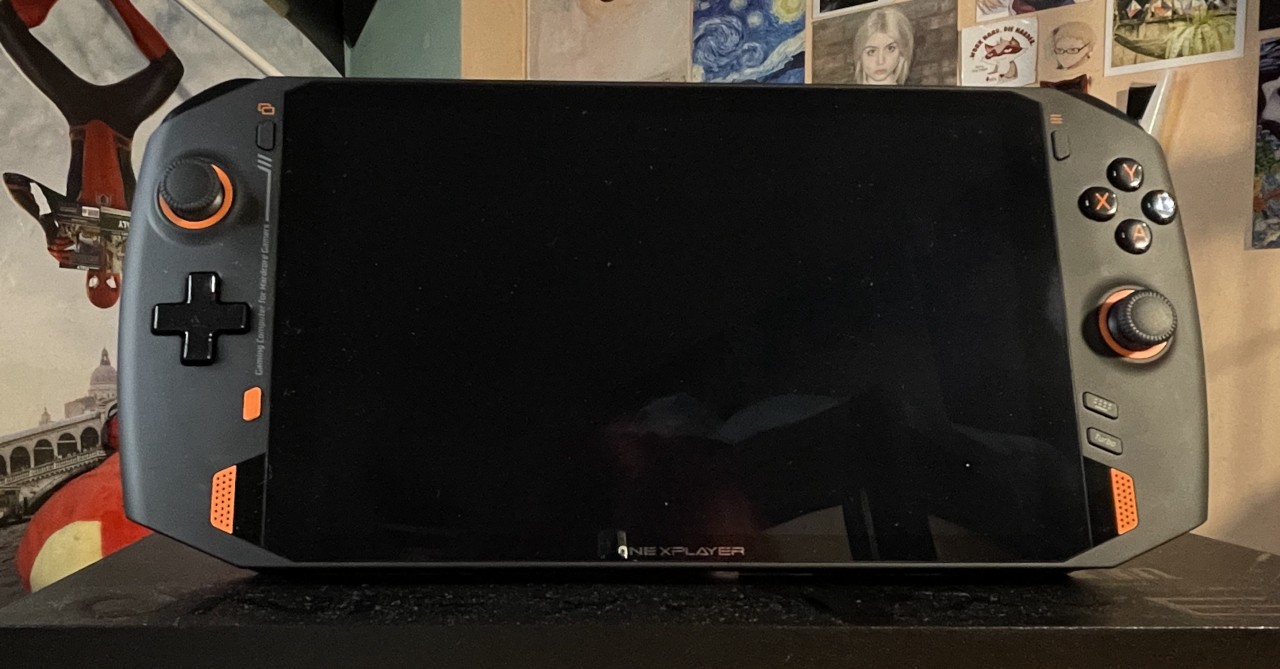 Similar to the the Switch, the ONEXPLAYER 1S has a large central screen with a standard controller layout, including a D-Pad, dual analog sticks, four face buttons, and four shoulder buttons. Given that it is a PC though, its ABXY buttons are laid out similarly to the Xbox controller (and other PC game controllers). Plus, the device also comes with dual vibration motors. One thing it does lack though is detachable controllers as the ONEXPLAYER 1S has a unibody design.

As for its display, the ONEXPLAYER 1S has an 8.4-inch display with a 2560×1600 resolution. At the sides of the display are the console’s stereo speakers.

Size-wise, this device is much bigger than the Switch, and it’s heavier too. But it’s still much more portable than even the smallest gaming laptop. Plus, we found it to still feel comfortable to use even in longer gaming sessions. 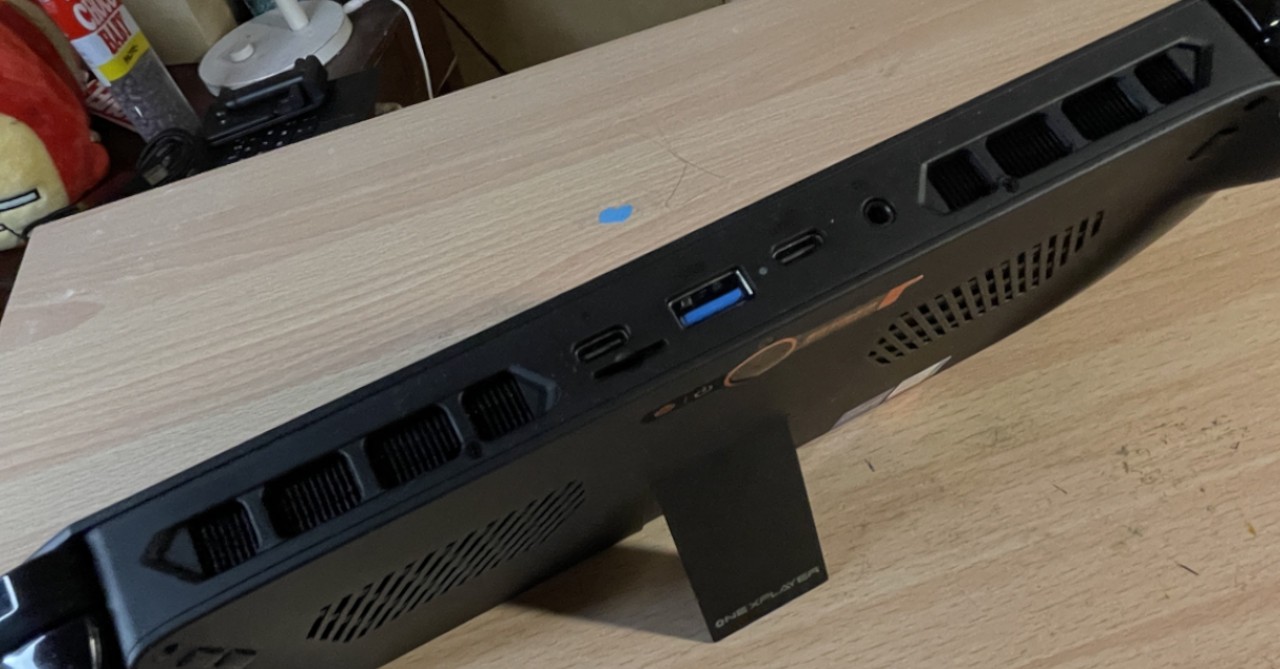 On top of the device are the ports which include two USB-C, one USB-A 3.0, one 3.5mm headphone jack, and one microSD card slot. One of the USB-C ports is used for charging, as well as for data transfer.

Speaking of charging, the ONEXPLAYER 1S has 65W fast charging to fill up its large 15,3000mAh battery. According to lab tests, this battery can let the device play offline videos for up to 10 hours. As for game time, expect less battery life, especially when playing hardware intensive games. 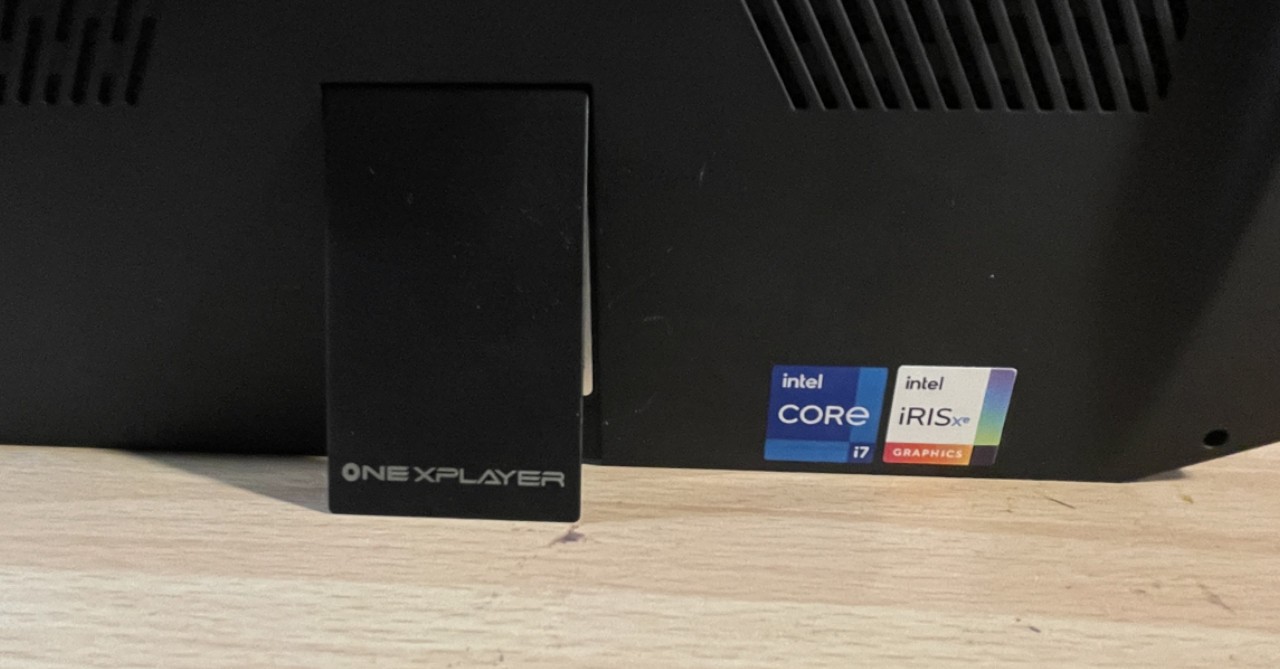 Powering this ONEXPLAYER 1S model is an Intel Core i7-1195G7 processor with integrated Intel Iris Xe Graphics. This is complemented by 16GB of RAM. Aside from the Intel variant, the device is also available in an AMD Ryzen 7 4800U and a Ryzen 9 5700U model, both of which come with integrated Radeon graphics.

Yes, while this gaming PC is billed as a gaming device, it does not have a dedicated graphics card like other gaming laptops.

While we have yet to test out the gaming capabilities of this device in full, from what we’ve tried out, we can safely say that the ONEXPLAYER 1S is powerful enough for most indie titles. If you’re an indie game lover who wants to play on-the-go and still find that a gaming laptop is too bulky, this device might just be for you.

As for triple-A games, well, the ONEXPLAYER 1S has enough power to run some of them if you limit the resolution to 720p. Again, we haven’t had much time to test out a lot of games, but there are some titles like that are playable on the lowest settings and at 720p such as Doom Eternal. But don’t expect to be able to run games like Cyberpunk 2077 on this device.

Along with being able to run PC titles on the device, you can also use the ONEXPLAYER 1S just like any other Windows laptop. So, you can browse on it, and even run full Windows apps. Though using it like a laptop with the controllers isn’t the easiest. Given this, if you want this device to function more like a laptop, you’ll need the Magnetic Keyboard accessory which is available for free with the device (while stocks last). 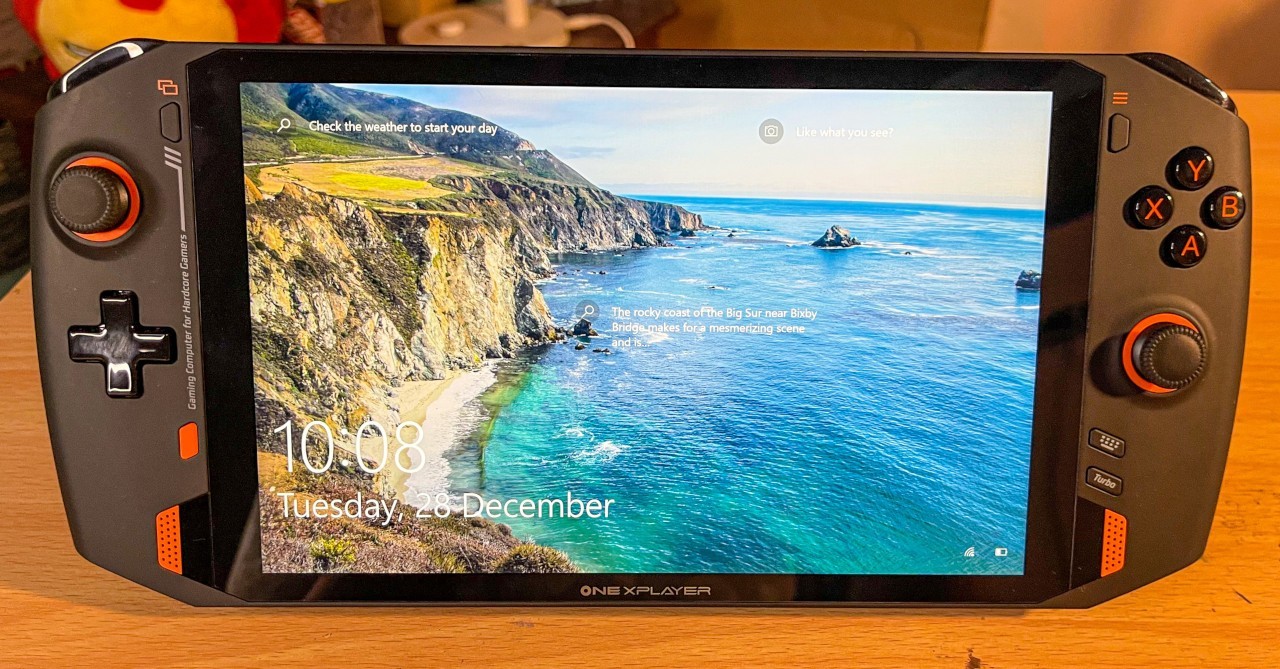 We haven’t tested out the ONEXPLAYER 1S yet in full, but based on our time with it so far, we can see some interesting use cases for it. Specifically, it’s a promising gaming device for users who want something that’s more flexible and versatile than a Nintendo Switch, all while having the same form factor.

On the flip side, the fact that it only has integrated graphics means it won’t be able to run all of today’s triple-A games; a big blow considering its hefty PHP 57,995 price tag. Given this, it’s tough to recommend right now, especially considering the performance that you get for that price tag.

In case you’re interested in the ONEXPLAYER 1S though, this portable gaming PC is available now in the Philippines via Datablitz. As mentioned above, each purchase of any of the ONEXPLAYER 1S variants will come with a free magnetic keyboard and storage bag.