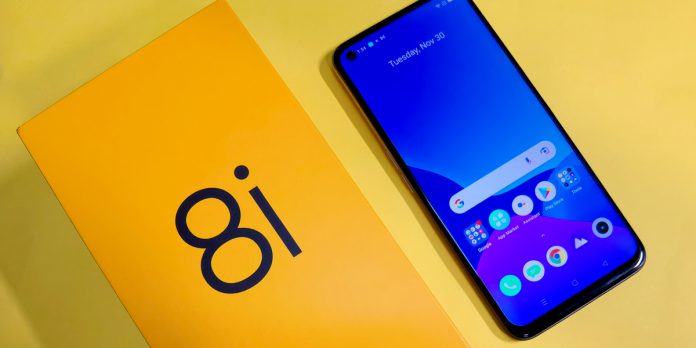 And just when you thought realme has closed the year with the launch of the realme 8 5G, year-end buzzer beater realme 8i joins the series as it formally launched in the Philippines last November 17, 2021.

On paper the realme 8i gave us more questions than we’d like such as what is this new chipset, who is this phone for and does this even warrant a separate release? We’ll we’d been using it for a couple of weeks now and here’s our daily experiential review of the realme 8i. 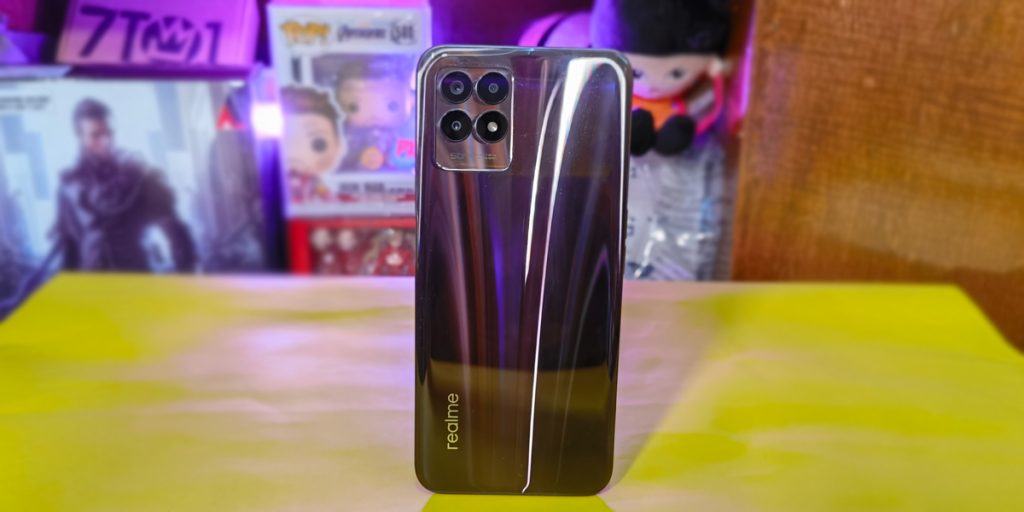 Despite being part of the realme 8 series, the realme 8i is devoid of the large realme infinity bold design seen on the realme 8 and realme 8 Pro. While I’d like to say that it somewhat is closer to the realme 8 5G in terms of overall design, the back cover is extremely glossy and has a huge fashion-forward lifestyle appeal. 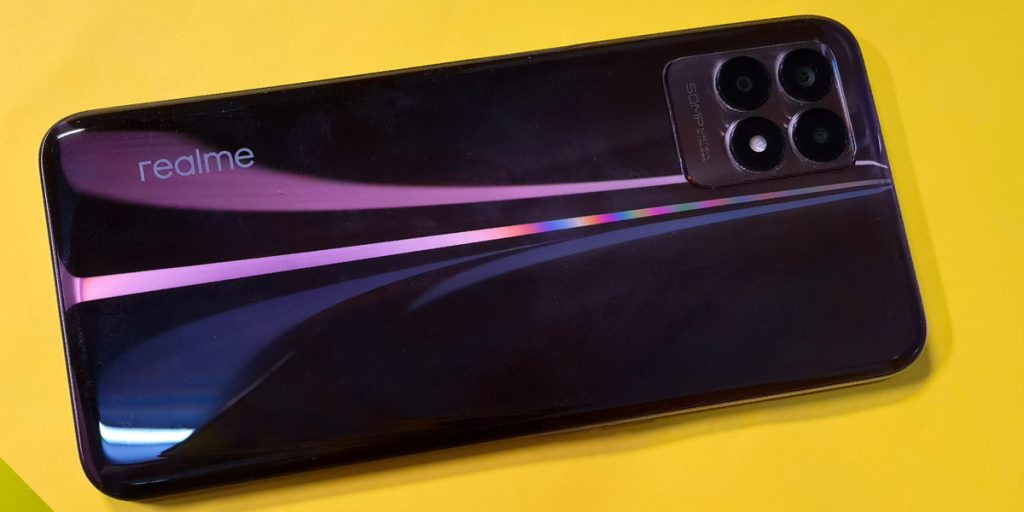 The colorway that we got is Starry Black which shimmers splendidly and casts an iridescent earthy hue when hit by the light. Among a lot of plain black smartphones this one definitely stands out. If you want something with a bit more color there is the realme 8i in Stellar Purple as well. 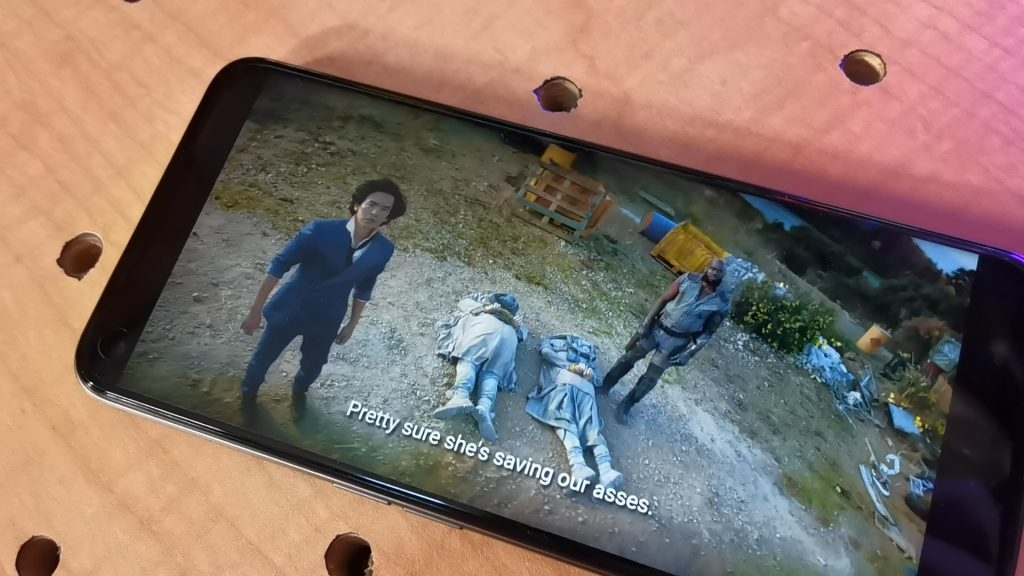 The realme 8i has a large 6.6-inch LCD display and while it’s not an AMOLED display like the ones you can find on the realme 8, the screen does support up to 120Hz refresh rate with a touch sampling rate of 180Hz. This makes it ideal for gaming – if and when the game supports it. That being said, even if you’re not gaming and just watching clips on YouTube or binging on the latest series from Netflix, the realme 8i will do the job well because of the MediaTek Helio G96 processor. One of the key features of the chipset, aside from being able to support up to 120Hz refresh rate screen is its wide range of brightness levels. 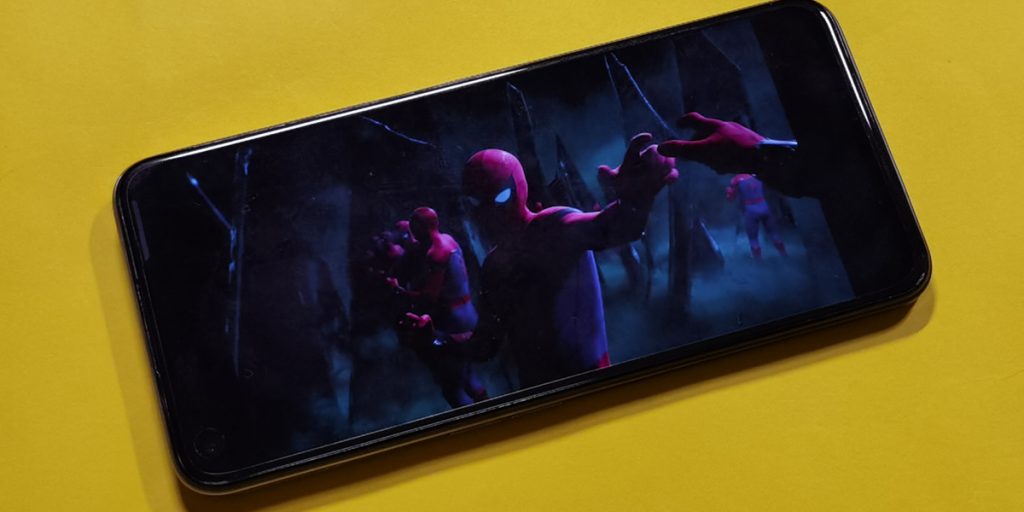 The realme 8i is the first smartphone of realme that supports as low as 1 nit of brightness and can go as high as 600 nits. This means regardless of where you view your realme 8i, you can be able to see your screen with ease. 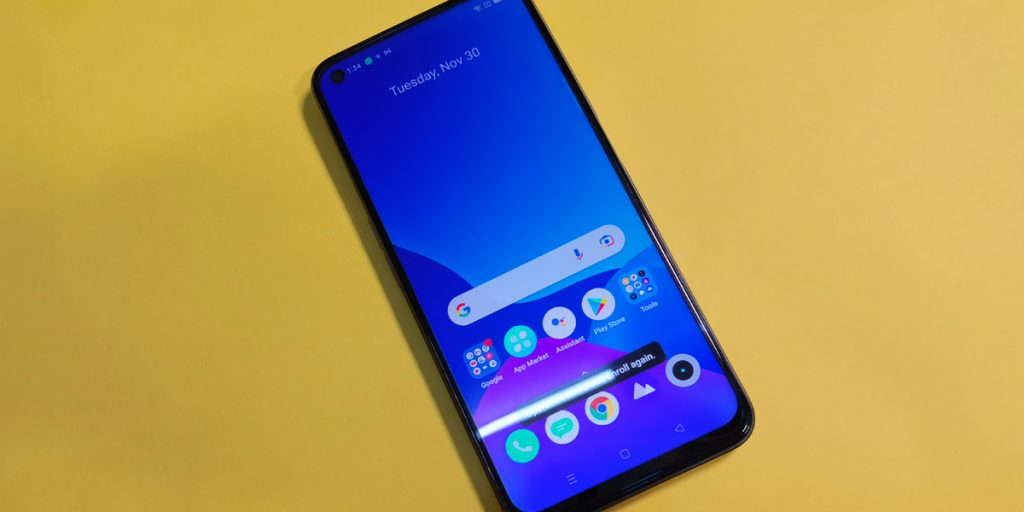 A higher refresh rate also means smoother screen animation as you go through the menu on the realme 8i. And while I personally think having a 120Hz or playing games at 120fps is a bit of an overkill, it’s great that the technology that was once reserved for flagship models is now made available to a smartphone at this price segment. 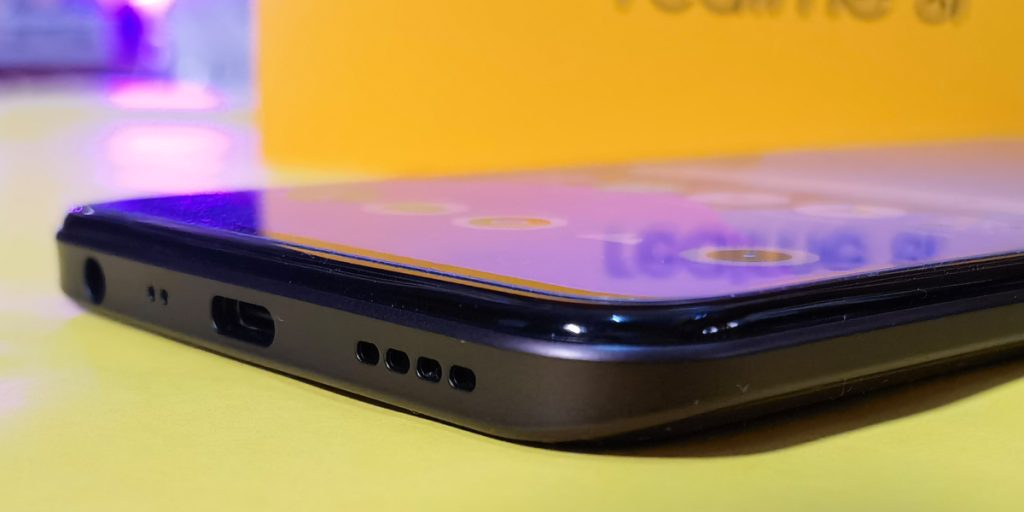 The audio on the realme 8i is adequately loud but because it only has speakers flushed to one side of the unit, your best option for total entertainment immersion is still to hook the device with a headset either via its 3.5mm jack or Bluetooth connectivity. 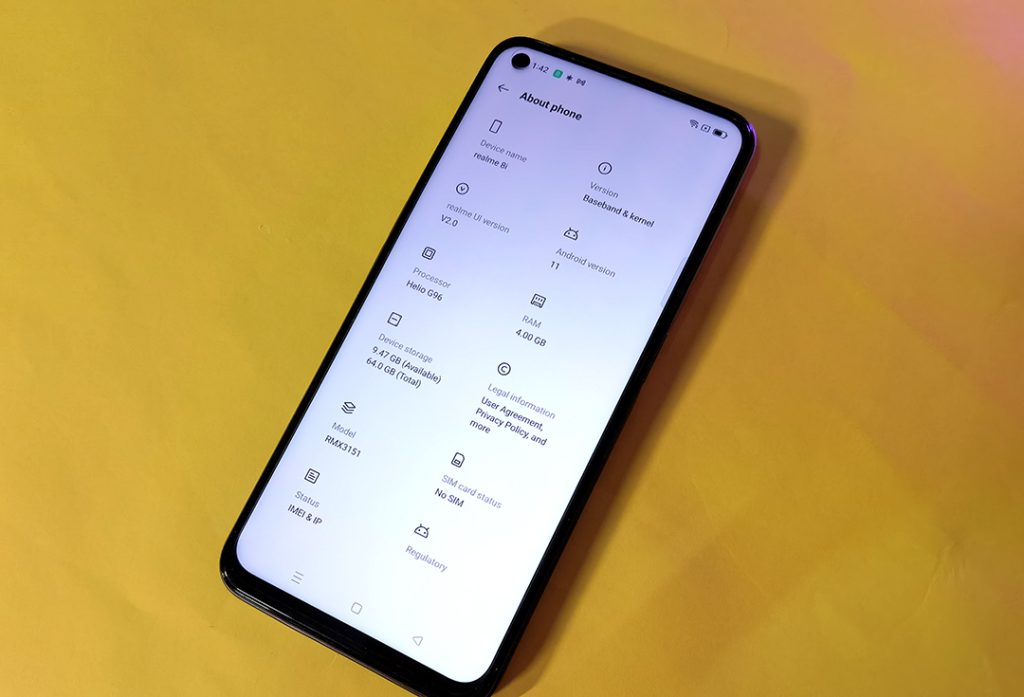 The realme 8i is powered by the new MediaTek Helio G96, a new chipset that’s co-developed by realme and MediaTek. The realme 8i is supposedly the first smartphone to house the unit. It boasts of an impressive 65% better performance than that of the realme 7i (Qualcomm Snapdragon 662). And while the performance of the MediaTek Helio G96 is just incrementally better than that of Helio G95, the G96 is the only G9 series chip that can power a 120Hz display. 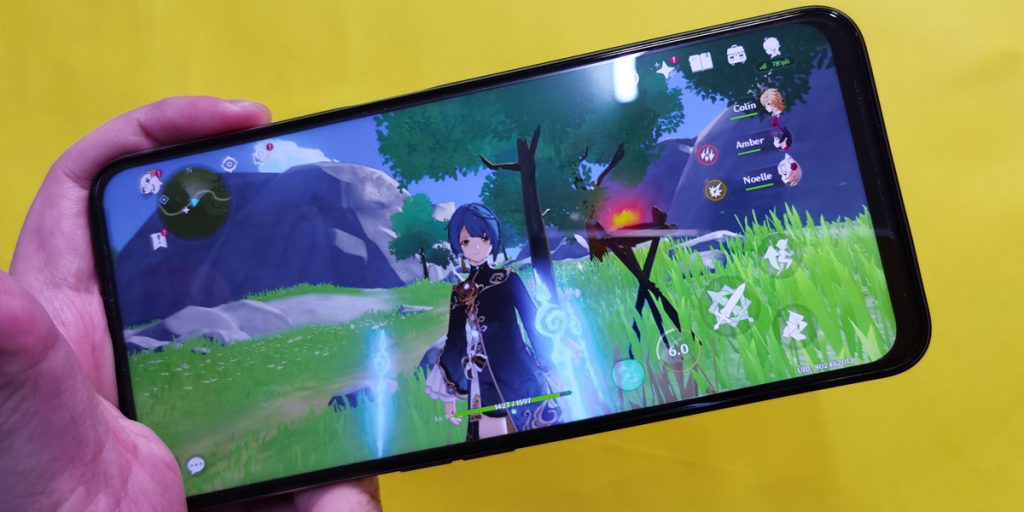 The 6GB/128GB variant of the realme 8i also has an option where you can utilize a virtual RAM to help you run more demanding apps better. But even with the base model or the 4G/ 64GB variant, playing games on the realme 8i was a surprisingly pleasant experience. 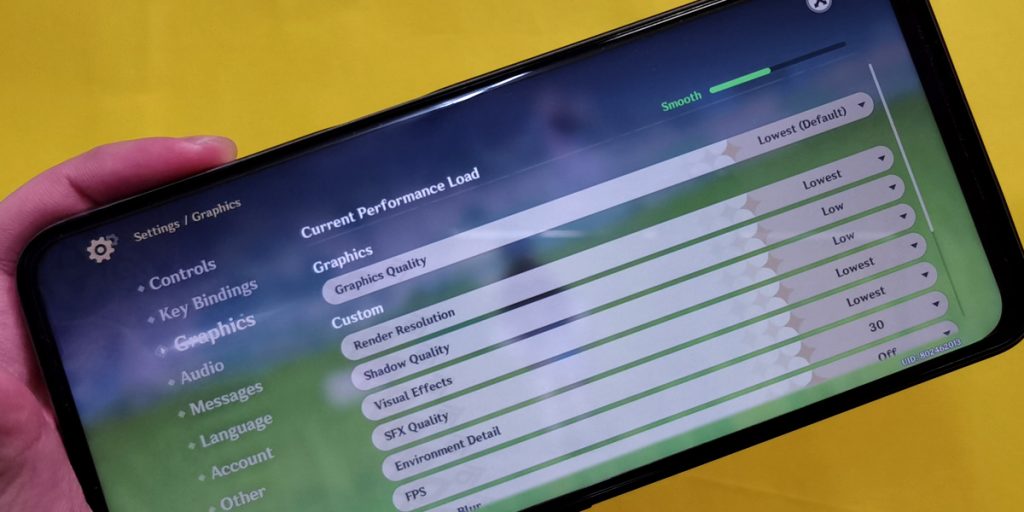 While we couldn’t run everything on ultra, we weren’t running games at their lowest settings either (except for Genshin Impact). We tested the realme 8i on a couple of our favorites like Mobile Legend: Bang-Bang, League of Legend Wild Rift and Call of Duty Mobile. To further test out the fast refresh rate of the screen, we ran Sonic Dash 2 and Marvel’s Contest of Champions. 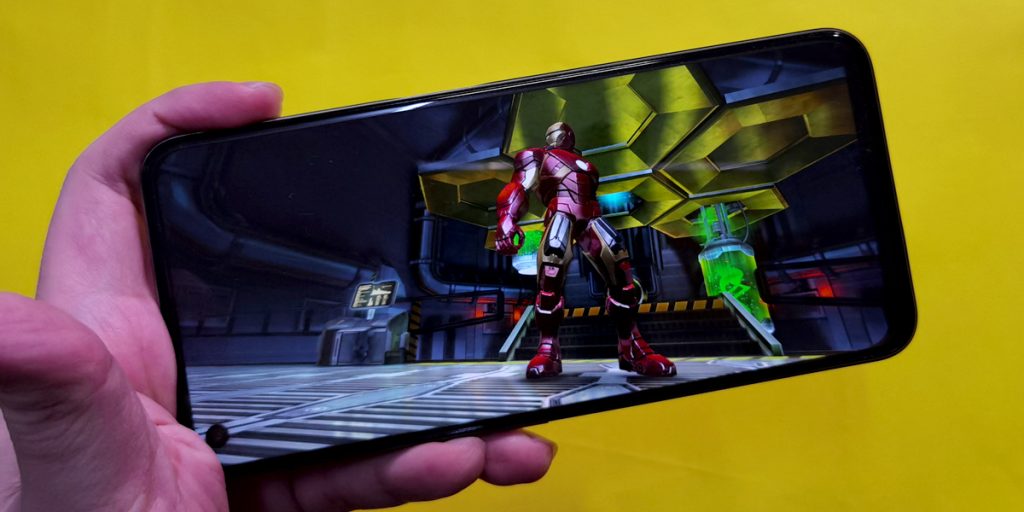 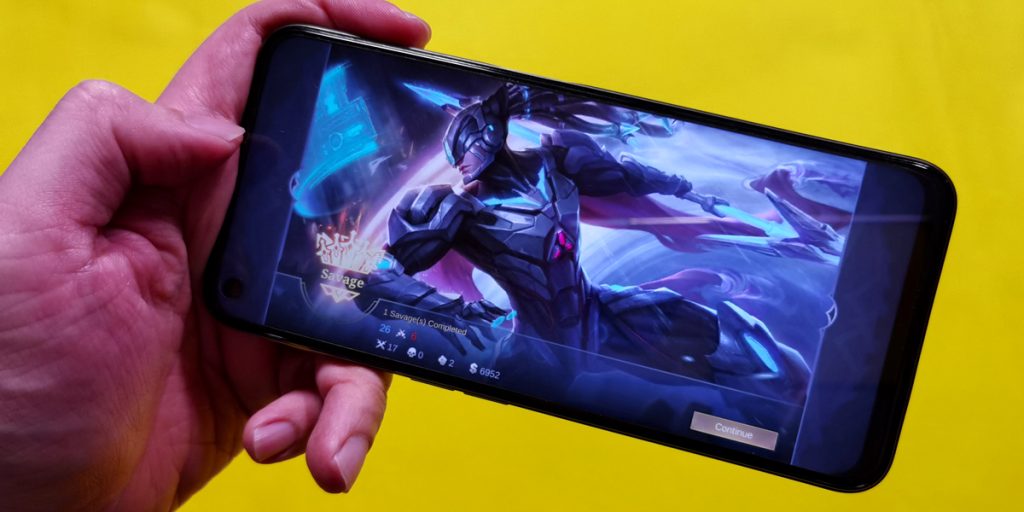 So far, we’re enjoying the superb smooth display of the realme 8i! 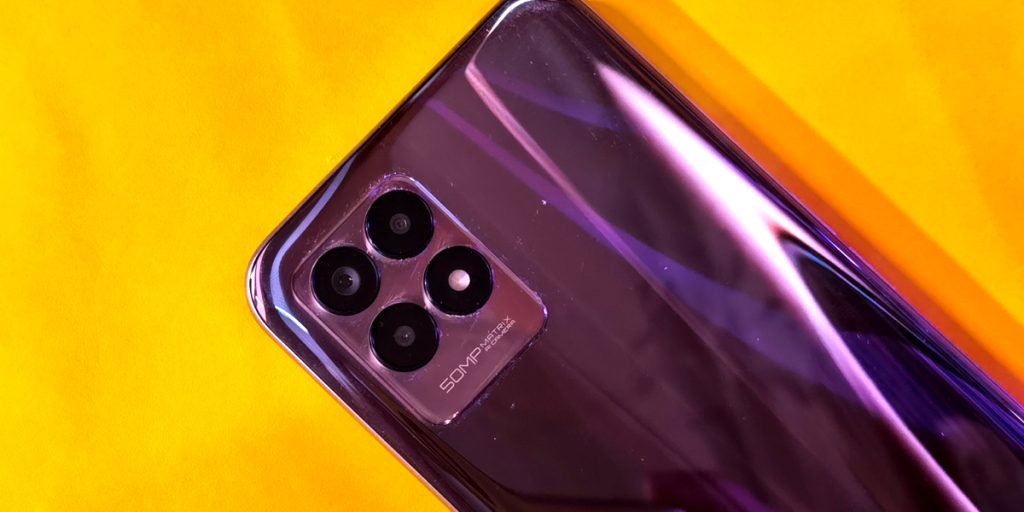 Equipped with a triple cam rear setup, the realme 8i rocks a 50MP f/1.8 main shooter, a 2MP f/2.4 macro lens and a 2MP f/2.4 depth sensor. Surprisingly, the main camera is a bit of an upgrade compared to the realme 8 5G.

For the most part the main shooter works well on a lot of different occasions provided that you have enough light source. While the realme 8i does have nightmode to help you with low lighting environments, we have to take into consideration that this is a low mid-tier smartphone (considering the 8 series is relegated as the brand’s mid-tier smartphone device). That being said, if you frame it properly even odd night shots can look pretty impressive especially with realme’s wide array of Night Filter.

Flipping the phone over, you’re greeted with a 16MP wide lens front-facing camera. On default the Ai beautification may seem a bit aggressive so it’s best to temper it for a bit if you don’t want to look great but looking natural still.

Lastly, because of the macro lens, you can take excellent shots of action figures or collectibles that you have lying around and capture them in exquisite details. 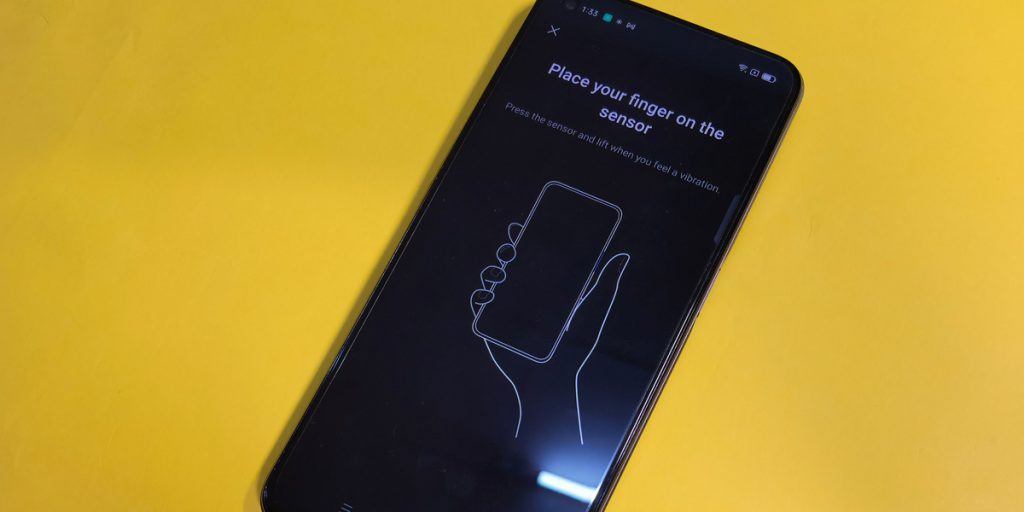 Similar with majority in the realme 8 line, the realme 8i comes with a large 5000 mAh internal battery and an 18-watt fast charger. MediaTek has already mastered excellent energy distribution and upon real world tests, we were able to use the realme 8i for about a day in moderate to slightly heavy use before we needed to top up again. If you’re using it for light to moderate usage (occasional browsing, watching Youtube clips here and there, etc.) you can make the realme 8i last for more than a day. But we will advise you to recharge at night just because it’s always great to the start the day with a fully charged smartphone. 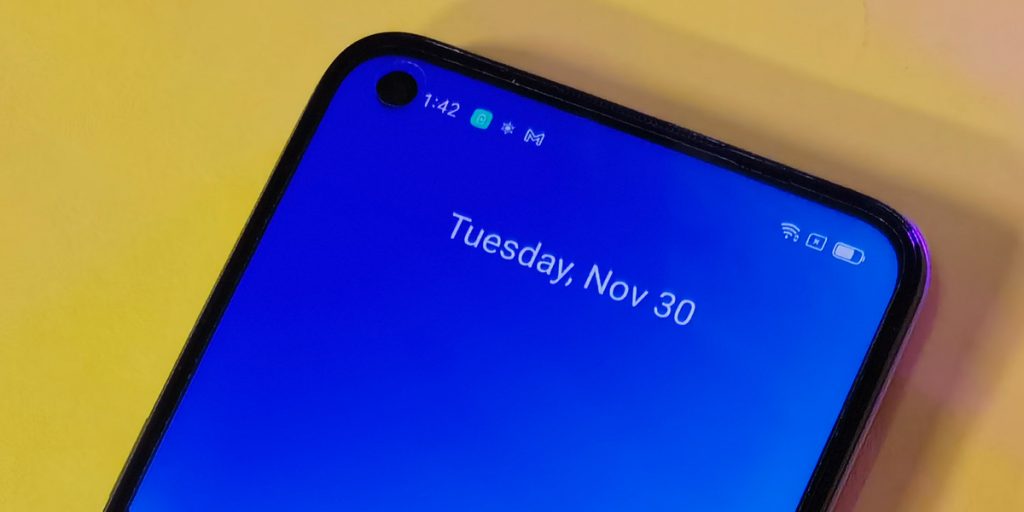 With a smooth 120Hz-display screen, a new MediaTek SoC and a large 5000 mAh powers of battery, the realme 8i is a great option if you’re looking for a stunning-looking all-rounder that won’t break the bank. It’s a great step-up from the usual basic phones especially if you want something that has a bit more flair thanks to its gorgeous design and nifty features. Plus, the price of the realme 8i makes it quite competitive at Php 9,990 for the 4GB/64GB variant and the Php 11,990 for the 6GB/128GB variant. If you were one of the lucky ones that pre-ordered this when it first launched last Nov 17, 2021 you would have gotten a 1000 Peso discount. Really, not bad for what you’re getting.