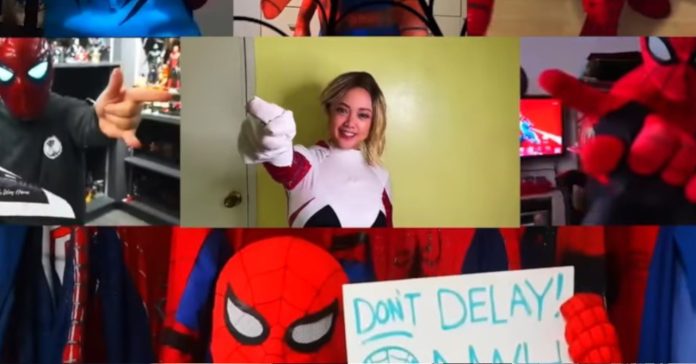 Members of Spider-Verse PH in Facebook just spun an amazing web of awesome-ness sharing their passion of all things Spider-Man but more importantly, an appeal not to delay the screening of the much-anticipated MCU movie of the year – Spider-Man: No Way Home.

Check out the nearly 3-minute video below:

This assembled plead is mainly because of a yearly cinema event that’s happening in the Philippines called the Metro Manila Film Festival (MMFF) which limits the screening of movies that are locally produced, effectively pushing western-made films to after Christmas or early January. In the case of Spider-Man: No way home, the movie will show in PH cinemas on January 8, 2022.

Because of how fast spoilers spread online, Spider-Man spoilers will no doubt flood social media following its December release in the US and UK. Here’s hoping, then, that No Way Home does get an earlier release in the Philippines so that Spider-Man fans in the country can experience the film in the best possible way.

- Advertisement -
Previous article
Hideo Kojima praises Arcane, calls it the future of animation and CG
Next article
The Company of Heroes 3 Multiplayer Pre-Alpha is now live