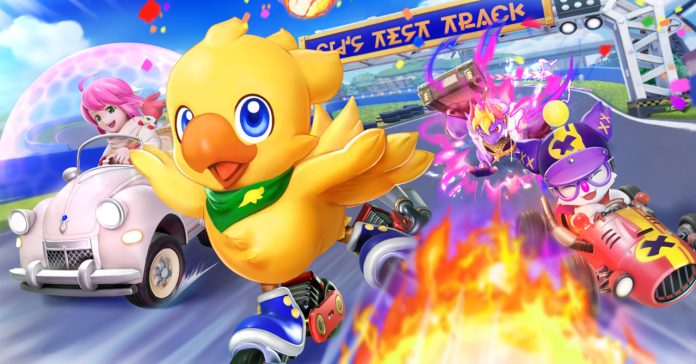 Square Enix has announced Chocobo GP, a new kart racing game set in the Chocobo universe that’s coming to the Switch this March.

In this kart racing game, players will be able to race in a selection of race courses inspired by well-known Chocobo and Final Fantasy series locations.

Here’s a quick rundown of some of the game modes that players can try out in Chocobo GP which were shown in the trailer:

Along with the standard version, Square Enix will also release Chocobo GP Lite, a free-to-download version of the game. In this version of the game, players can play though the Story Mode prologue in single player mode, as well as participate in both local and online multiplayer races with up to eight racers. Players who upgrade to the standard version will also be able to transfer their save file.

Chocobo GP and the free-to-download Chocobo GP Lite will be available digitally for the Nintendo Switch on March 10, 2022.