The Zenbook 14X OLED is a promising productivity partner! 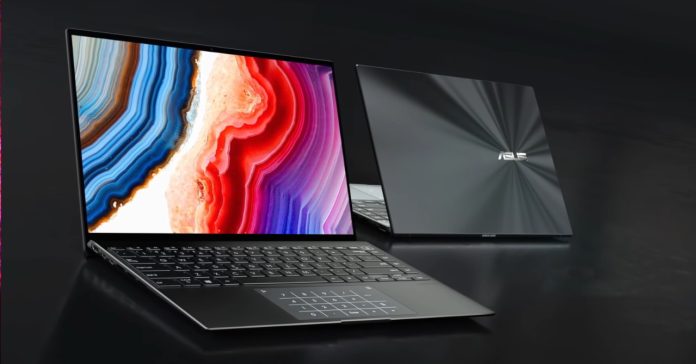 ASUS recently launched a range of new laptops, and among them is the Zenbook 14X OLED (UM5401), a new premium notebook that’s the latest in ASUS’ signature Zenbook lineup.

In our review, we found that while the ASUS Zenbook 14X OLED may seem like another standard Zenbook at first glance, it packs a wealth of upgrades that make it a clear upgrade over not only previous Zenbooks, but also over other premium ultraportable laptops.

So, if you’re in the market for a new portable notebook that can be your reliable partner for productivity and leisure, here are five reasons why you should get the new Zenbook 14X OLED! 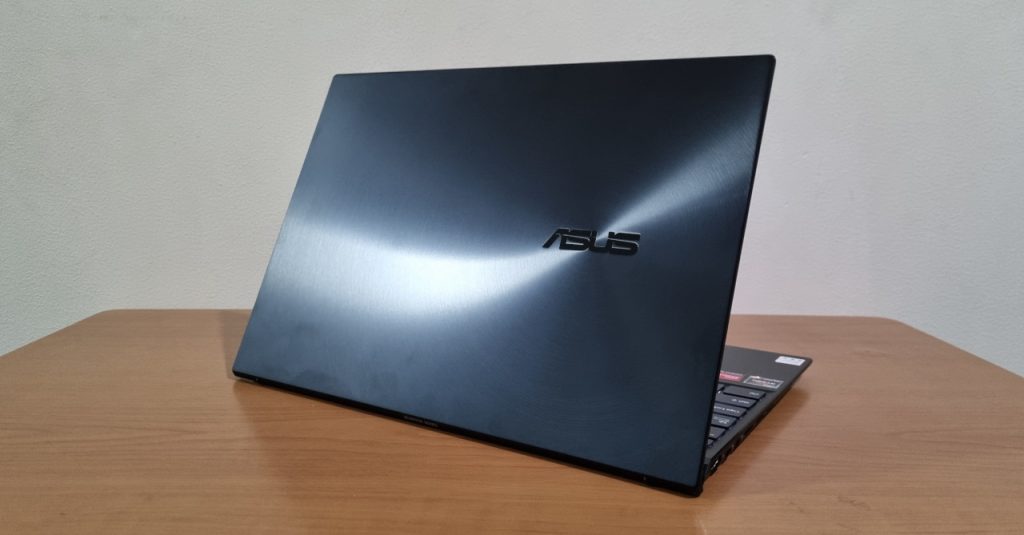 As mentioned above, the Zenbook 14X OLED does seem like any other Zenbook at first glance, it even packs the same concentric circle design found in previous models. But upon closer inspection, you’ll see that the 14X OLED has a number of enhancements.

For starters, the laptop packs a redesigned power button with an integrated fingerprint sensor which makes for hassle-free device security. Along with this, the 14X OLED also features a number pad that’s integrated on the touch pad (an ASUS signature). Plus, the 14X OLED features a wealth of connectivity options, including multiple Type-C Ports, a USB Type-A port, an HDMI 2.0 port, and even a headphone jack. For comparison, other premium notebooks forego a headphone jack and an HDMI port in favor of having only Type-C ports. This is not ideal, especially as you’ll need a dongle with such a laptop.

Finally, the laptop has a 180-degree ErgoLift hinge, meaning the Zenbook 14X OLED can lay flat on a surface. This is useful when working with a team as you can lay the laptop flat on a table for easy sharing of files, presentations, and more. 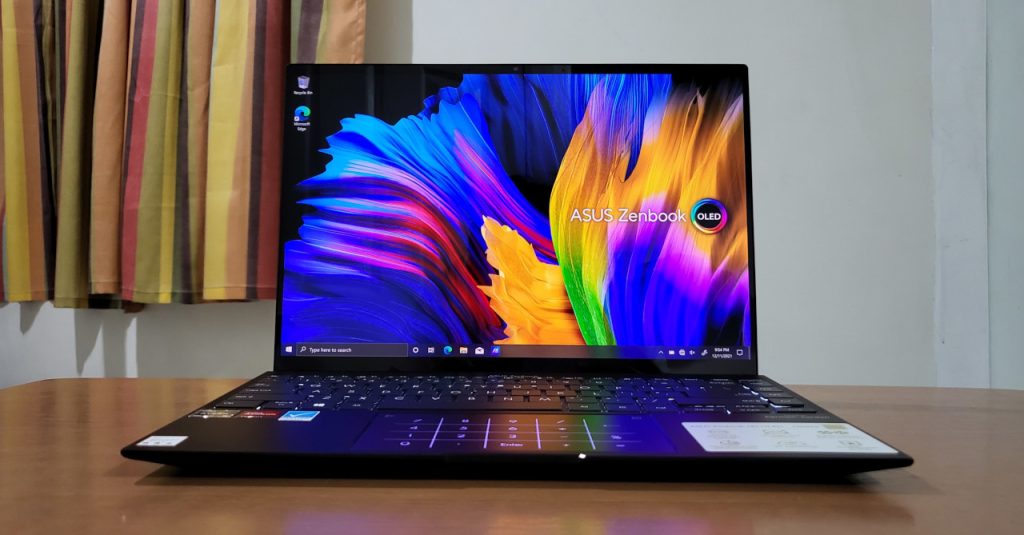 The fact that the laptop can lay flat is also great as the Zenbook 14X OLED packs a touch display. This means you can opt not to bring a mouse with you when going out as you can simply use the touch screen to interact with Windows. On top of this, the laptop also included an ASUS stylus inside the box, great for users who like jotting down notes or drawing.

Aside from being a touch display, the laptop’s screen is also an OLED, meaning it produces vibrant colors and deep blacks, making it a great partner for binge-watching movies/shows. The screen is also Pantone validated, meaning it should have good color accuracy. And finally, the Zenbook 14X’s OLED screen has a 2880 x 1600 resolution with a 16:10 aspect ratio, meaning not only is it a sharp display, it’s also a taller screen which is great for productivity. 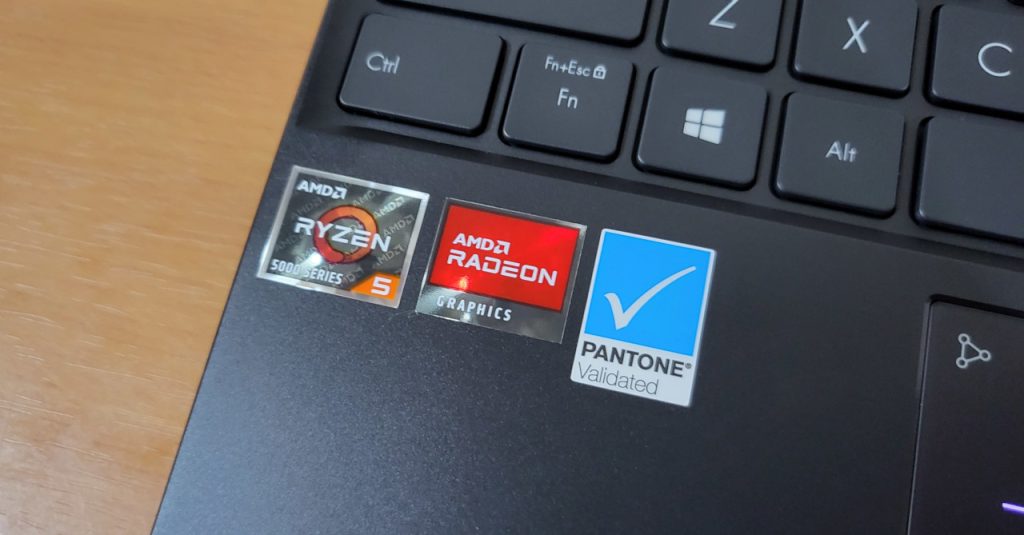 Powering the notebook is an AMD Ryzen 5 5600H processor that’s complemented by 16GB of RAM. Thanks to this configuration, the UM5401 variant of the Zenbook 14X OLED should have enough power for your needs, be it everyday use such as browsing or creative tasks such as photo/video editing. During our review, the laptop’s performance did not disappoint, and it even delivered for esports gaming.

While the laptop is not a gaming notebook, its hardware it packs does let it run today’s popular esports titles, be it Dota 2, Valorant, CS: GO, and more. 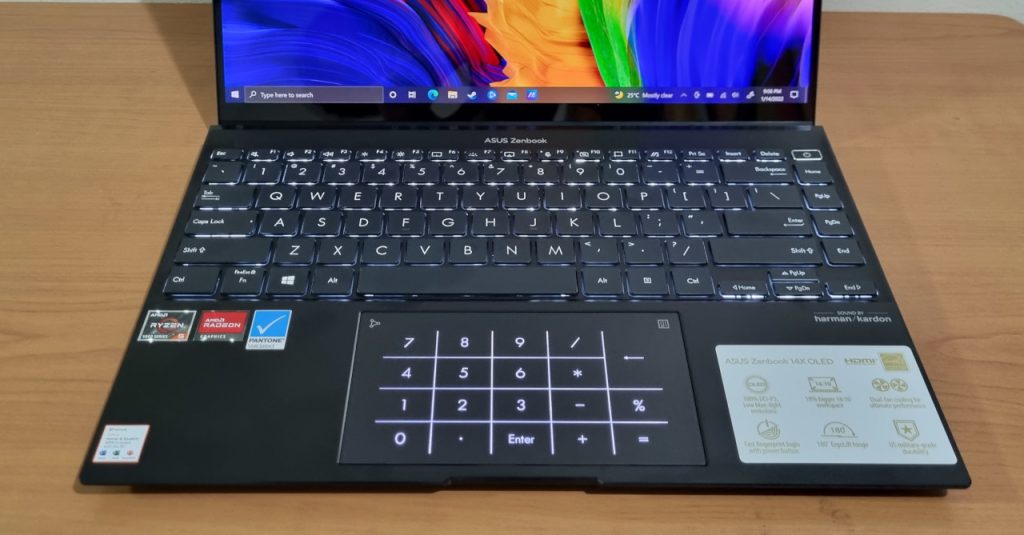 Another great thing about the Zenbook 14X OLED’s Ryzen 5 is that the processor is an efficient one, meaning the laptop has excellent battery life.

As we found out in our review, the Zenbook 14X OLED can last for hours on end on a single charge. In fact, you can expect it to last for up to 8 hours on a single charge, or even more depending on how you use it. This is impressive, especially considering the high-resolution touch display, a feature that usually eats up a lot of battery power. 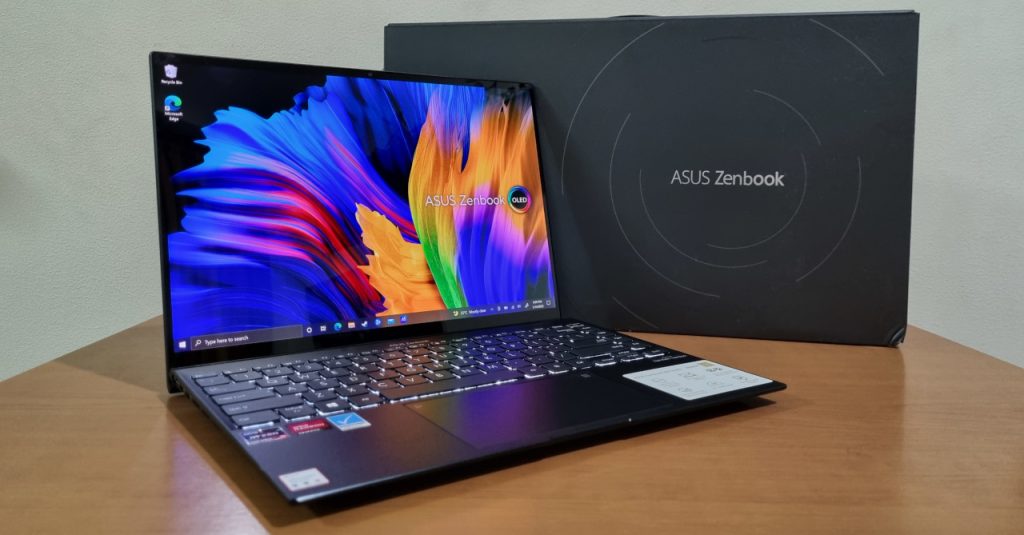 Finally, the Zenbook 14X OLED is an incredibly portable device. Even with its powerful hardware, OLED touch display, and impressive battery life, it seems that ASUS did not sacrifice its size. After all, the 14X OLED is 15.9mm thin and 1.4kg light, meaning you can easily bring it with you wherever you go without hurting your back. This is a plus for users who are always on the go for meetings.

Interested in getting your own ASUS Zenbook 14X OLED? The UM5401 variant of the laptop is now available in ASUS concept stores and partner retailers in the Philippines for PHP 64,995.

- Advertisement -
Previous articleSEGA kicks off Project Sonic ’22 with big plans for Sonic this year
Next articleElden Ring Length: Main Route will take 30 hours, Side Content will be much longer