Now this high praise for the 2021 Game of the Year. 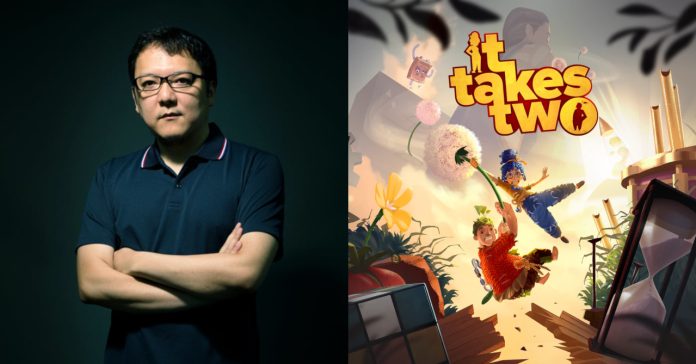 Hidetaka Miyazaki, the father of the Souls games, revealed that It Takes Two is one of his favorite new games in the past couple of years.

In a recent interview with PlayStation, the Dark Souls creator was asked about which game has “grabbed his attention” the most over the past years. Miyazaki answered that he finished It Takes Two, and he that it “left an impression” on him:

“I haven’t had a lot of time to play video games lately, but I try to dedicate some time when I can. One game that stuck with me recently was It Takes Two. I managed to play that one from start to finish with a friend online in three days across three sittings, and it was a great time. That game really left an impression on me, so yes, that’s one that I’ve managed to finish, at least!”

As the creator of the Souls games, you might be surprised to find out that Miyazaki did not choose a more difficult or action-packed title. Though his choice does make sense if you think about it. After all, It Takes Two is a co-op title, and the Souls games also have “jolly cooperation” as one of its core tenets.

While It Takes Two is already considered as one of the best games of 2021 (it won Game of the Year after all), being praised by Miyazaki is another feather on its cap.