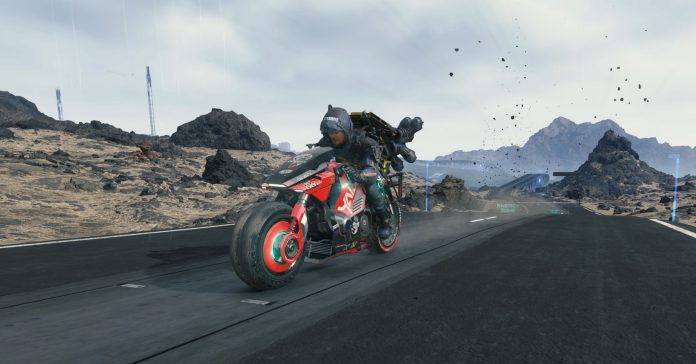 The game’s PC release was announced during Intel’s CES 2022 showcase. There, it was revealed that the game will release on both Steam and the Epic Games Store.

While the game’s PC release has been confirmed, there’s no word yet on upgrade details and other content. Based on the PS5 release though, we expect that current Death Stranding owners on PC will be able to upgrade to the new version for a small fee.

In case you missed the game’s PS5 release, Death Stranding Director’s Cut is an enhanced re-release of Kojima’s 2019 open world game. The Directors’ Cut adds a wealth of new content, including new delivery items, structures, mini games, story content, and technical improvements. It also included the Half-Life and Cyberpunk 2077 collaboration missions and items that were previously only available on PC.

Death Stranding Director’s Cut is set to release in Spring 2022 on PC, though there’s no official release date yet.

Want to know more about the game? Check out our review of the Director’s Cut on PS5 here.