Here's why Ganyu is a good F2P choice. 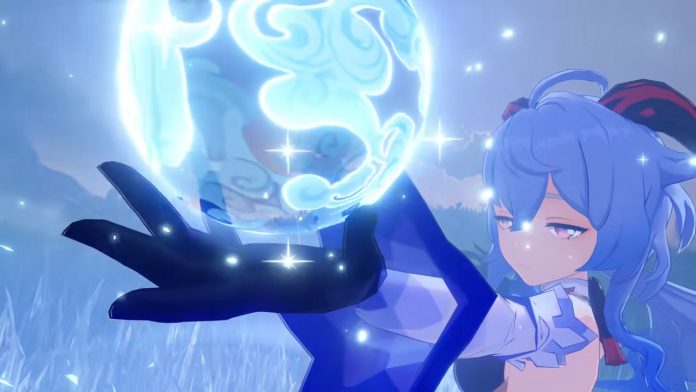 If you look for a meta tier-list on Genshin Impact, chances are you’ll find the legendary Cocogoat Ganyu in any meta tier-list. Ganyu is so popular that she’s hailed as one of the best DPS character in the game, which is a funny thing considering how she was misunderstood as a character when she first came out. Surprisingly, ever since I got her, she actually delivers great results, even for a F2P and crappy gear. With the imminent rerun of her banner on version 2.4, here are some reasons why Ganyu is still worth rolling, especially for F2Ps.

*Just a disclaimer, I still have mediocre equipment and I refuse to go beyond AR 45, so don’t wonder why enemies are below a certain levels in the images, and my damage is not as high as other F2P builds. But this might help on how you can see Ganyu’s potential.

All you need is one Arrow 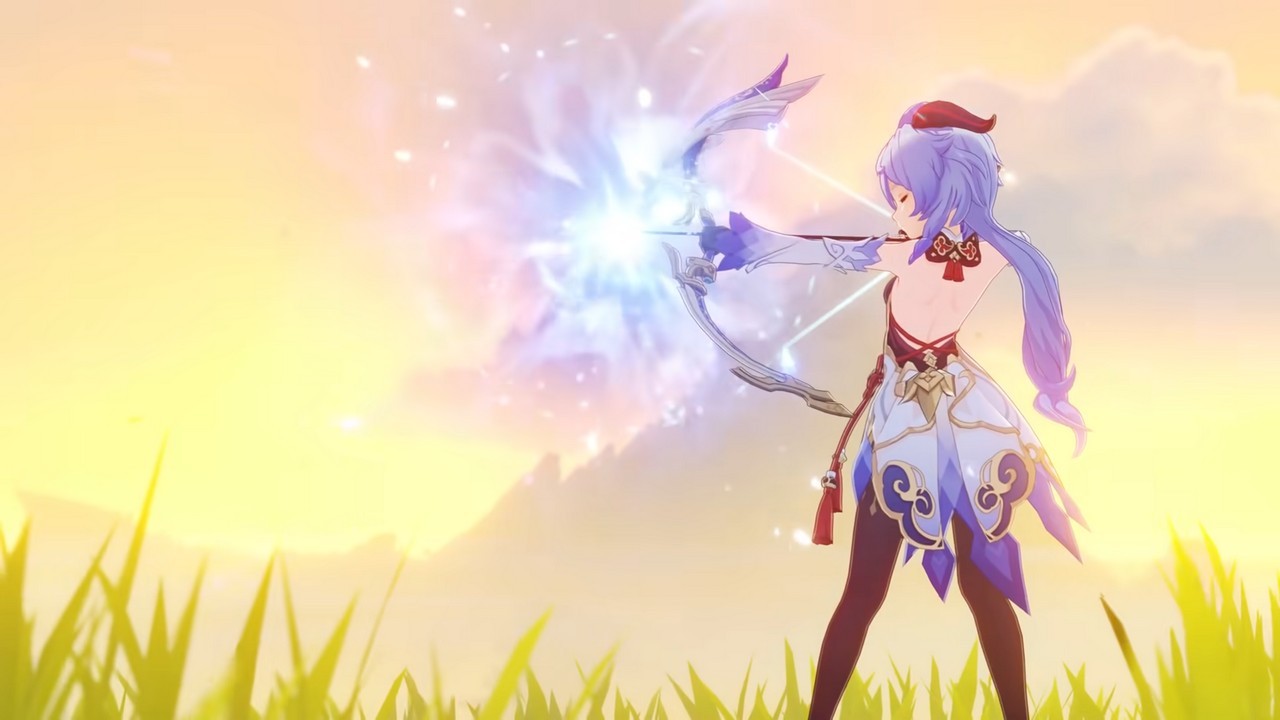 As a bow wielder, Ganyu deals damage by positioning herself from a safe distance, but unlike other bow users like Fischl, DPS Ganyu damage relies on her charge shot to use her Frostflake Arrow. This passive skill of hers is her bread and butter that can be used for both damage and utility, particularly if you use Ganyu as your main DPS, you’ll be building around her charge shot the Frostflake Arrow as it has a huge scaling and deal AOE damage, and you don’t even need to aim to hit enemies. So, you’ll be dealing damage to a huge number of enemies in one charge shot; this fact alone can settle most arguments why Ganyu is a great DPS character. Her Frostflake Arrow also deals Cryo damage so she can trigger elemental reactions like Melt and Freeze, leading to interesting results. 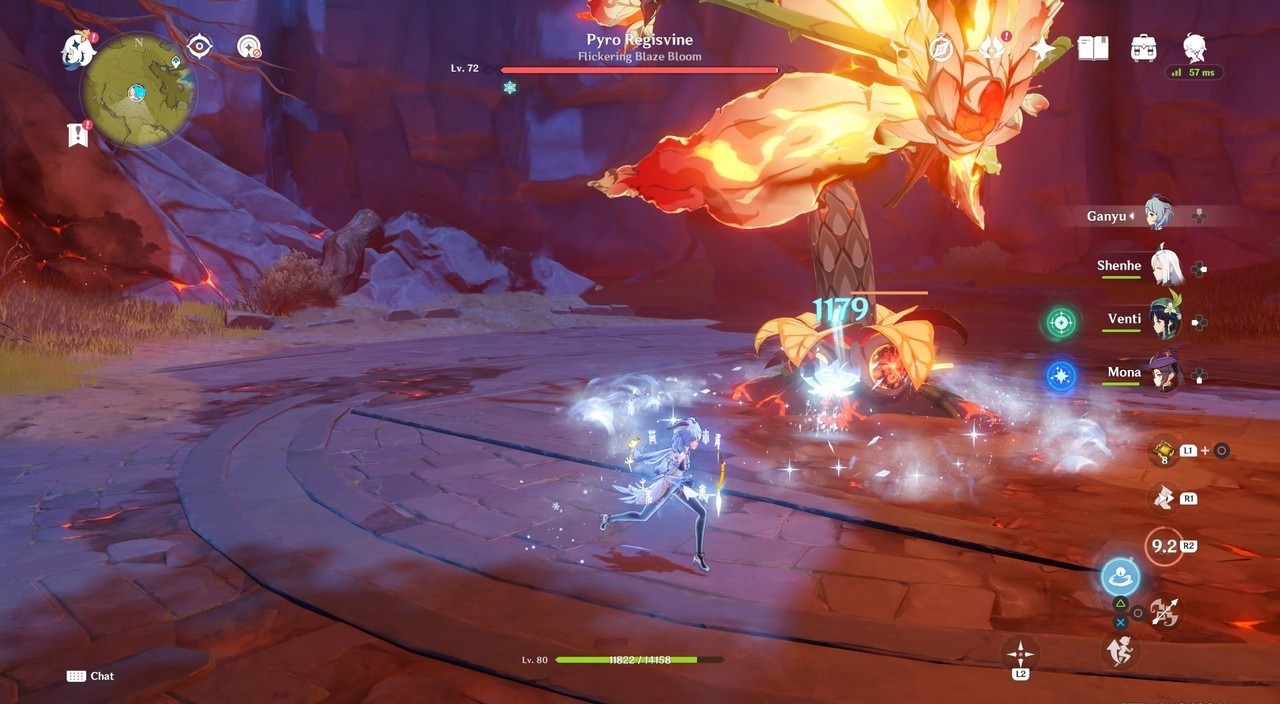 Although, some players will find her playstyle a bit boring since she spends most of her time charging her attacks for two seconds, and when you miss her charge shot you’ll have to hold her attack for another two seconds. But to be honest, missing her charge shot is the least of your problem. The real issue is Ganyu is too squishy and can’t take a hit, but still, thanks to her kit, she can resolve this issue. It also makes Ganyu very versatile in terms of the role that she can play on your team. 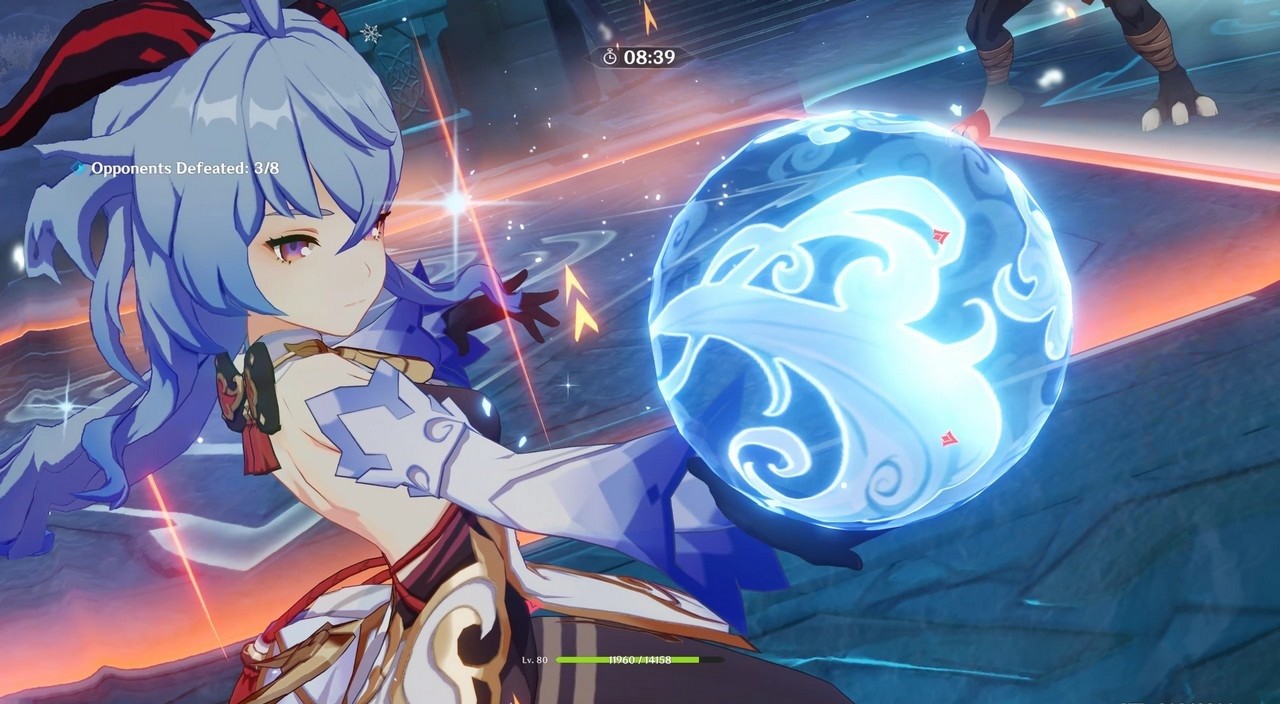 Thanks to her active skill Trail of the Qilin, Ganyu can reposition herself when she gets too close to enemies. Activating her skill will let Ganyu back-dash, leaving an ice lotus behind that will taunt enemies and apply the Cryo element on any enemies in that area; this helps her reposition at a safe distance. This ice lotus will explode once it has taken a certain hit or when its timer expires, applying Cryo once again. It works similarly to Mona’s Mirror Reflection of Doom, but it’s actually her Elemental Burst Celestial Shower that makes Ganyu viable support.

Ganyu’s Celestial Shower rain downs ice shards in a huge area, dealing Cryo damage for each shard hit. It’s worth noting that Celestial Shower will last until its full duration, even if you switch Ganyu to a different character. So, if you’re not a fan of her charge shots, you can play her as a sub-DPS or full-time support, since Ganyu’s kit allows her to have field presence even if you switch her out, and her massive AOE that deals Cryo damage your Pyro and Electro characters will benefit from its effects.

She can be friends with everyone (Almost) 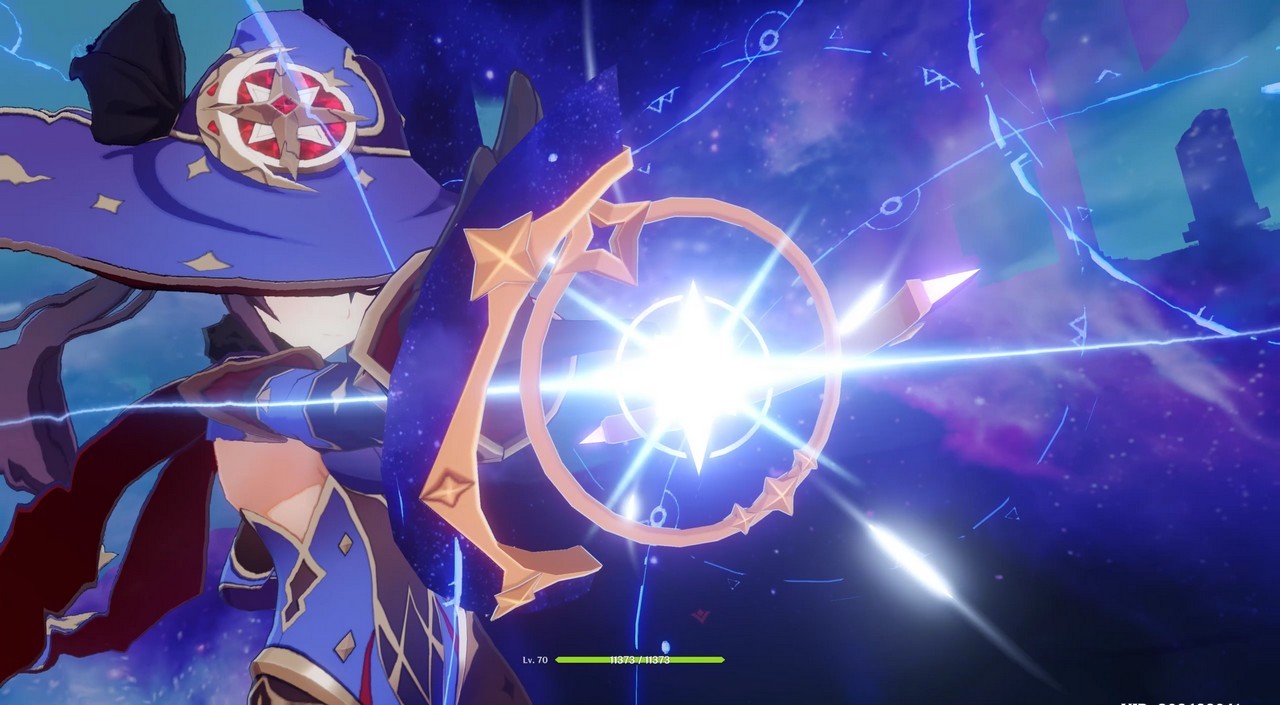 Ganyu’s kit alone makes her a good addition to any team that utilizes Cryo elemental reactions, but as the main DPS, she works well in a Freeze, Melt, and Superconduct team. One example is when she is paired with Diona, Mona, and Venti; this combination makes clearing mobs faster before you can even finish your coffee. But it needs two key members, one of them is a five-star character and one of them is Venti, so you need to plan if you want this ideal team. Still, if you have already had Mona on your roster, you can use Sucrose to substitute Venti or you can make a Melt team with Xiangling and Bennet. Having a Pyro character in your team also helps against enemies with Cryo shields, and based on my experience, facing an enemy with a Cryo shield ruins my day. So I prefer having a Pyro character on standby just in case, plus the Melt reaction does decent damage so it’s a huge bonus. 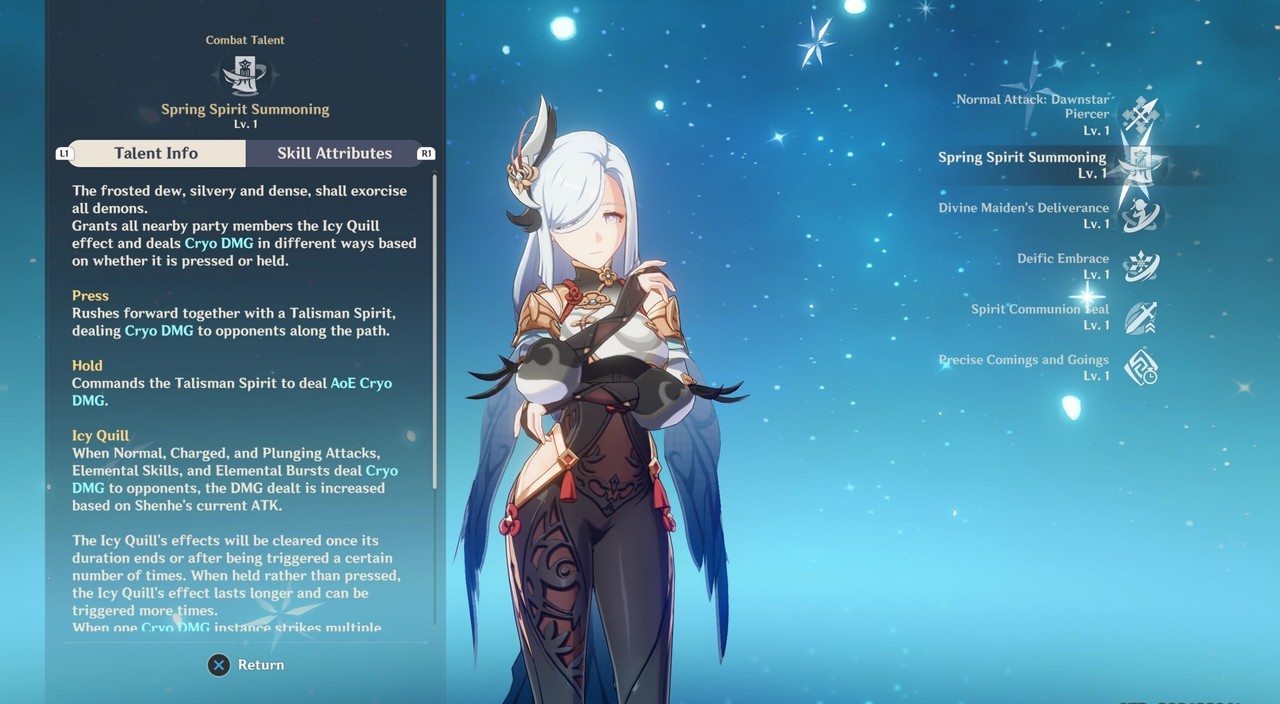 Another thing that makes investing in Ganyu worth it also came from this current patch. The addition of Shenhe in version 2.4 makes Ganyu charge shots deadlier. Shenhe’s kit is a bit niche since she works well for a mono Cryo team, but the damage boost she gives makes Shenhe a fine addition to your team. Also, since Shenhe is a Cryo character when she is paired with Ganyu, they can trigger the Cryo Elemental resonance that increases CRIT Rate against enemies that are Frozen or affected by Cryo by 15%, furthering the benefits that you can get if you’re still interested in getting Shenhe on the current banner.

F2P builds can has good results 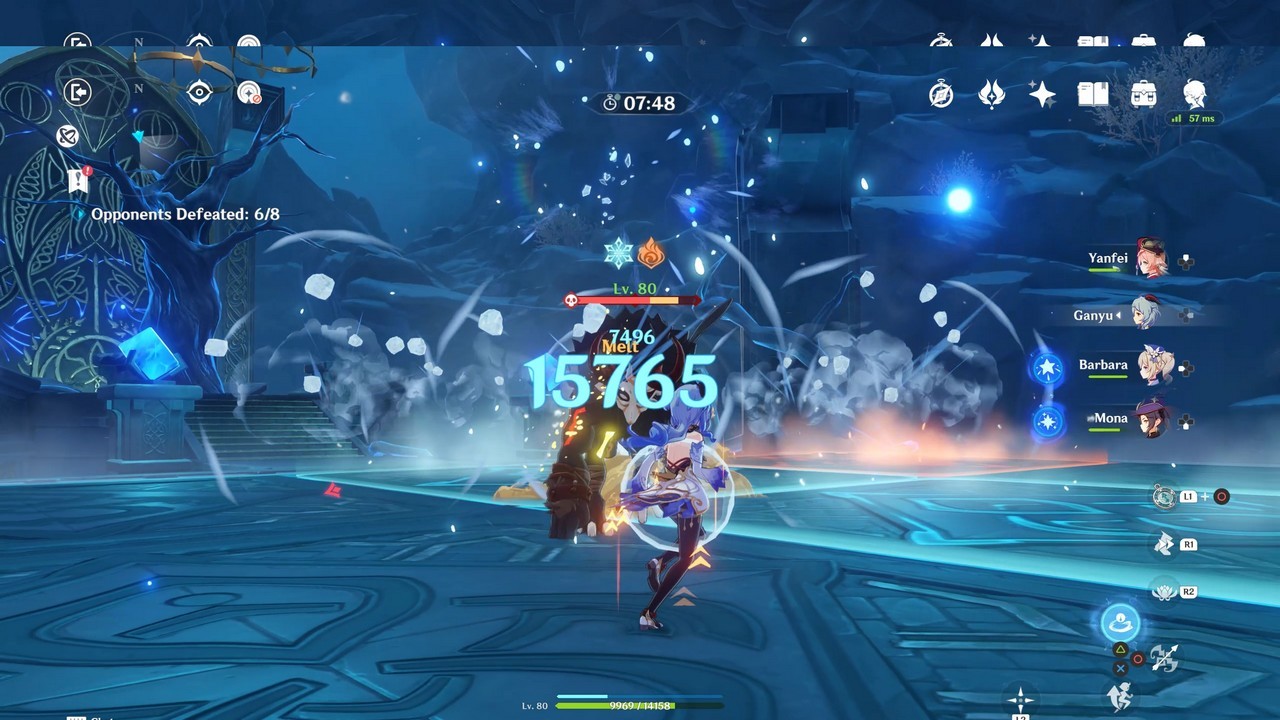 If you’re still not convinced about everything said above, Ganyu is easy to build as an F2P. Ganyu can use Prototype Crescent and Hamayumi Bows since the ATK sub-stat of both weapons are both great, yielding good results in terms of damage, while both weapon passive effects buffs her Charge shots. And to top it all off, these weapons are creatable so every player has access to them early on, making it a perfect alternative while you save for a five-star weapon. 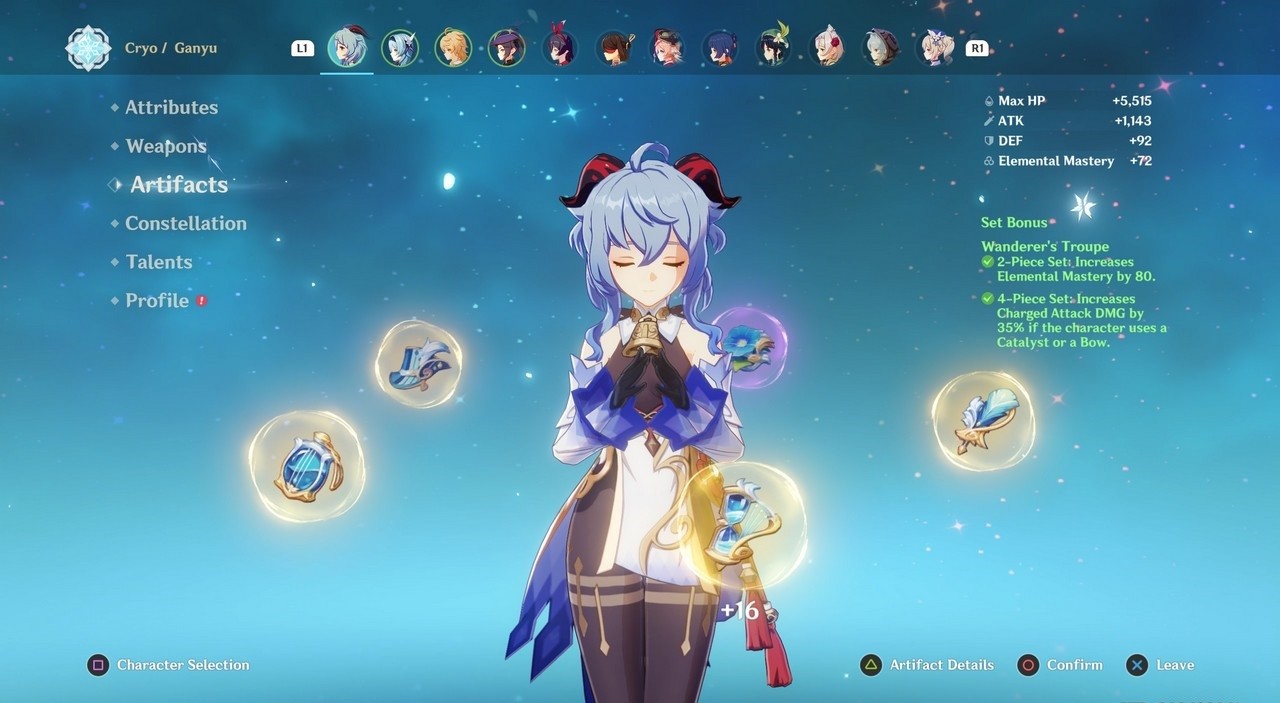 Meanwhile, when it comes to artifacts, you can either go for Wanderer’s Troupe set or Blizzard Strayer set, it just depends on your preference since Ganyu can benefit from either set bonuses. The former focuses on increasing the raw damage of Ganyu’s Charge Shots, which is good for any team comp, while the latter is centered on a mono Cryo/Freeze team perfect if you already have Shenhe on your team. Ideally, you might want to aim for some Crit Rate, Crit DMG, ATK %, or Cryo DMG bonus for your artifact sub-stats. 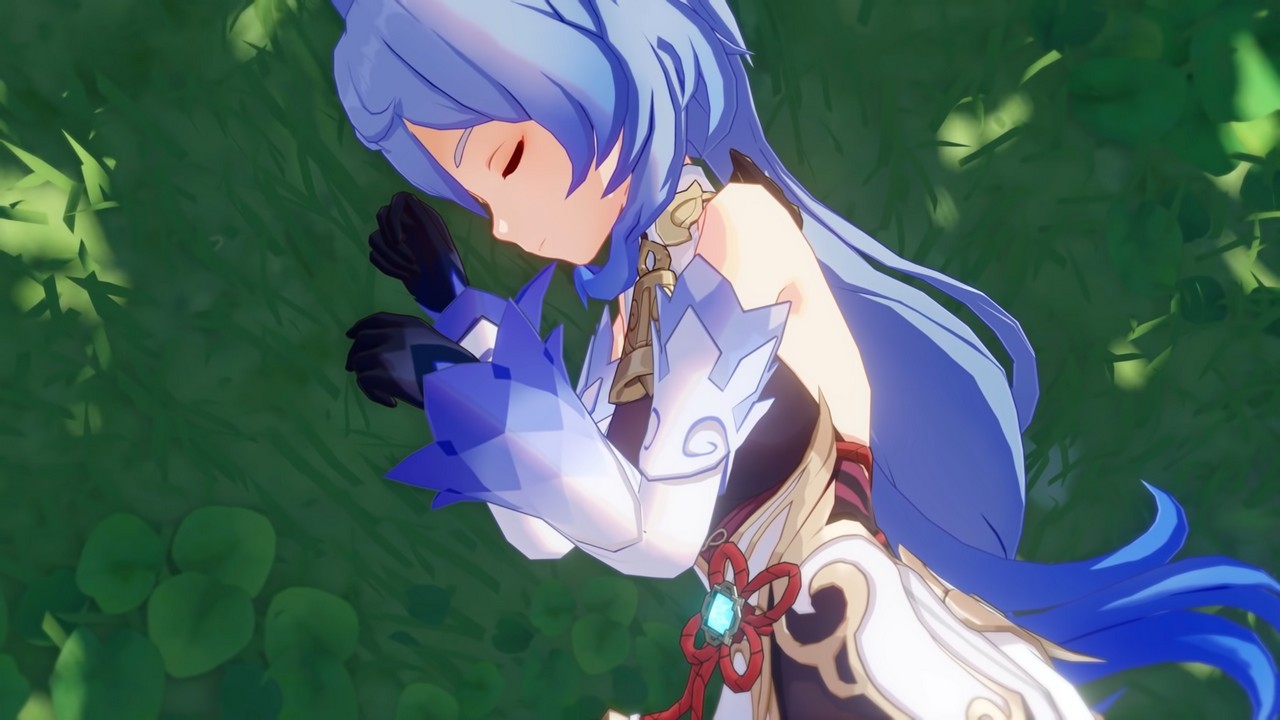 With my overall experience in my team, Ganyu delivers a wonderful result, making her a mainstay as my main DPS (which is one of the reasons why I still don’t build my Ayaka). Ganyu is not perfect though. For instance, she can’t fight enemies with Cryo shield, so pairing her with a Pyro or Electro character is a must, and her charge shot is her main source of damage so she has to position herself at a safe distance. So she has to constantly move away from enemies (one of the reasons why I don’t play Genshin Impact on my phone).

Despite these issues, Ganyu is still one of the best characters in the game and F2Ps don’t have to invest much in her Constellations. The only investment that you need for her are the artifacts, Ascension/Talent materials, and a decent weapon for her. These you can all collect early on in the game. So, if you’re planning to pull again after this banner, you can consider picking up Ganyu.