PC might just be the best place to play God of War! 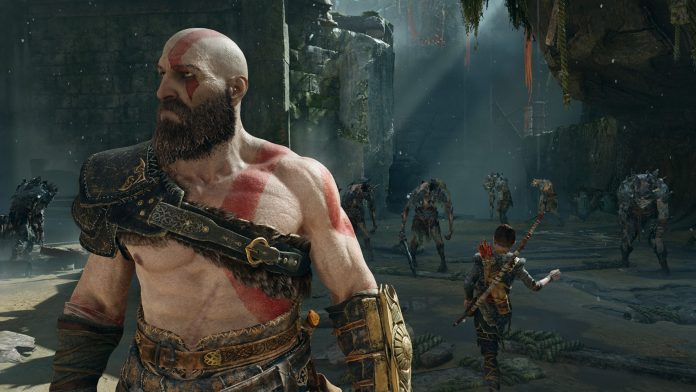 Our favorite god slayer and best “BOY” has finally made their way onto PC and it’s definitely a cause for celebration. Why? Well, not only do PC-only players get the chance to finally play through the epic adventure of Kratos and Atreus, we also get treated to all the added benefits that a PC port has to offer like amped up visuals and the possibility of mods (hehe).

So what exactly does the God of War PC version bring to the table? Let’s check it out in this review! 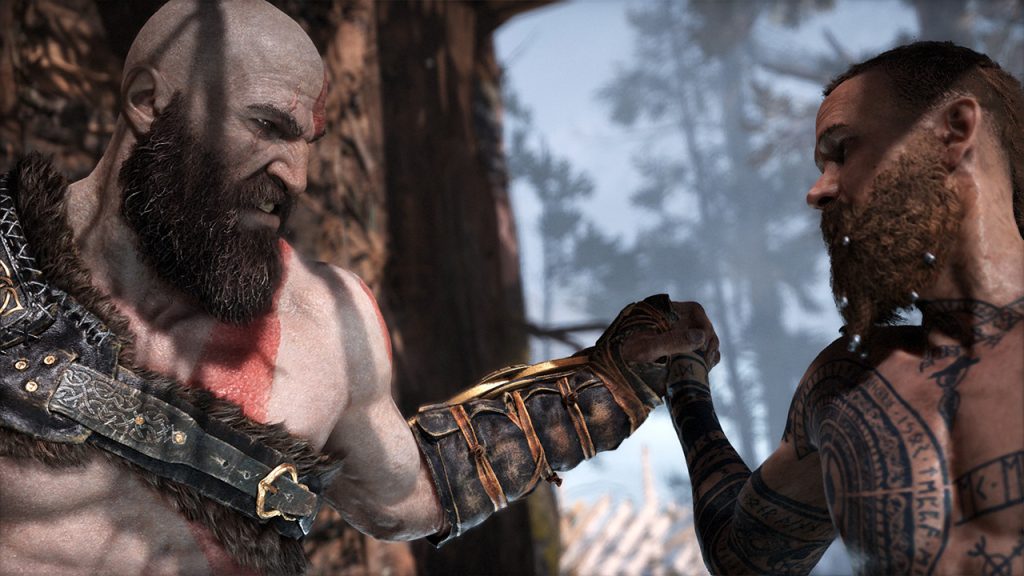 There may be a few who didn’t get to experience God of War when it came out in 2018 so let’s get what the core of this game gave us. In our previous review where we gave it a 10/10 rating, we mentioned that this entry in the GoW Franchise took a huge risk by turning the central focus of the game on its head by focusing on story rather than just mostly combat. Don’t get me wrong, this game still had some awesome and brutal combat but the central narrative and deep character interactions really made this into gem shine so much brighter than before allowing it to win various awards including Game of the Year in The Game Awards 2018.

If you’re wondering if there is anything new with this PC Release content-wise, there isn’t any. No post-launch content such as additional quests or whatnot. Hence, if this is your first foray into the Adventures of the Dad and Son of War and you want to find out what the core content is all about and if it’s worth your time, our short answer to you is HELL YES. If you want to read up on specifics, check out our full review here.

Of course, there are also those of you who have probably never even touched a God of War game ever. You guys are probably asking if jumping into this God of War without having played the original PS games is a good idea. Personally, I highly recommend that you do NOT go into this game blind to all the previous lore. A lot of the hard-hitting moments in this game are due to having context on how Kratos used to be. While you won’t be able to play the older titles without a console, you can just catch yourself up with recap videos such as this one that IGN made. You don’t have to do heavy research but just getting the basic information about what went on during Kratos’ earlier days will definitely give you a better experience.

Still, if you’re new to the series and are eager to jump in, you are free to do so as the game is sort of a soft-reboot. While having knowledge of Kratos’ past does make some story beats hit harder, this is not required to understand and enjoy the game’s story.

Looking Better Than Ever

What the PC version has are graphical upgrades so, without a doubt, the biggest advantage of playing God of War on the PC is that you can get to experience the game in its most aesthetically pleasing form ever (granted you have the hardware, of course). Speaking of Hardware, here are the System Requirements of God of War PC according to Steam:

God of War on the PC lets you play with higher resolution graphics and better frame rate so much so that you probably won’t be able to stop yourself from using Photo Mode as the details on the characters and the background are just breathtaking. If you’re using a midrange PC, you should roughly be able to achieve 60fps consistently with a 1080p Resolution which means you’ll be experiencing consistently smooth gameplay which is great especially during combat. PCs with higher specs of course can even go for higher resolutions while still retaining that steady 60fps. Oh and did I mention that God of War PC also has Ultra-Wide Monitor support? Yup, if you’re the proud owner of an Ultra-Wide monitor, you’re sure to enjoy all those vista / horizon shots.

Personally, I played this using a rig with a GTX 3080. With DLSS set to Quality and at 1080p, I was getting around a roughly consistent framerate of 150-160fps during exploration, which would go to about 130-140fps during combat. With DLSS off, I was getting a framerate of about 120fps. With this set-up, everything in this game was just such a joy for my eyes which really highlights what a visual treat God of War is. 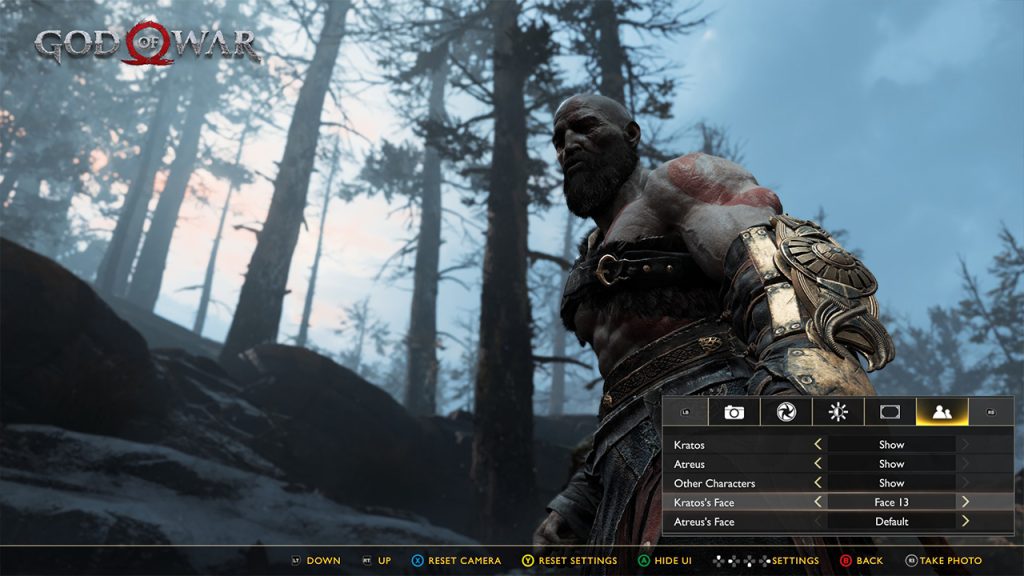 When running the game at 4K though, you’ll be better off turning DLSS on if you are on an RTX GPU. This is because, on a 3080, God of War can hit 100FPS at 4K with DLSS on. For comparison, God of War should run at 60-70FPS at 4K with DLSS off. This is playable of course, but having the higher framerate is much better, especially if you have a high refresh rate display.

As for AMD graphics card users, God of War also features Fidelity FX Super Resolution (FSR). If you’re unfamiliar, FidelityFX is basically AMD’s version of DLSS. In our experience though, FidelityFX’s upscaling doesn’t look as good as DLSS, at least here in God of War.

Last thing worth noting is that you also do have an option to pick the “Original” Graphical Preset which will let you play using the PS4 settings. Though in our experience, it would be better to play around with the settings to best match your PC’s capabilities. 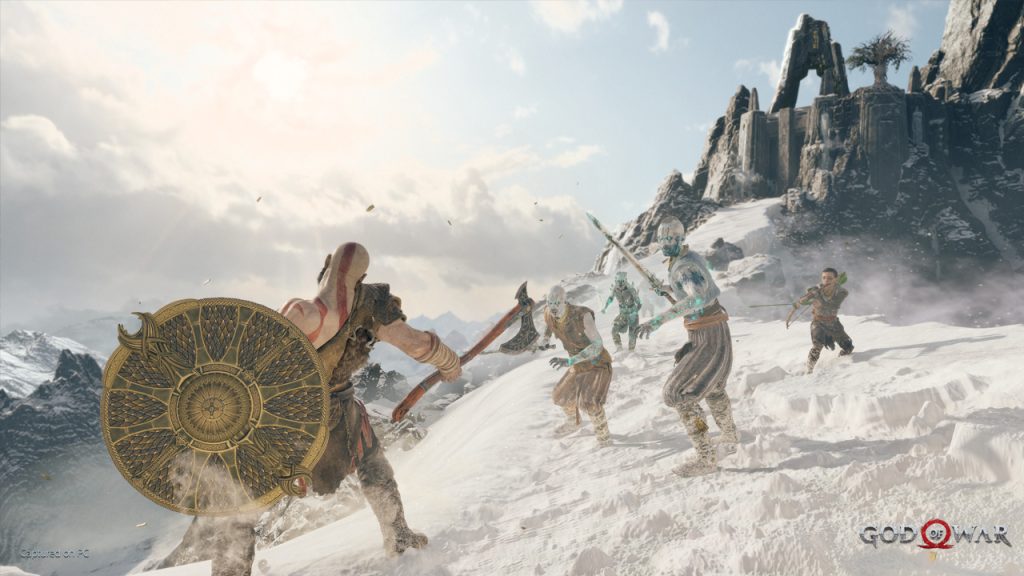 The bottom-line for this game is simple. Apparently, you CAN improve on perfection. This is an excellent game made even better by giving it better visuals (and the possibility for mods).

The decision on whether to buy this game or not is quite simple as well. If you haven’t played God of War and have the PC set-up to run this game well, then this is a must-buy.

If you have played this game when it released on the PS4 before, then you’ll want to make sure that your PC specs are enough to give you at least a better experience than what you had while playing on console.

This is a really great PC Port. While there may not be any new post-launch content here, it's just a prettier version of an already excellent game. For those who haven't played this game and have the PC specs to run it well, God of War for the PC is a must-play! God of War Review (PC) | Perfection Made Prettier