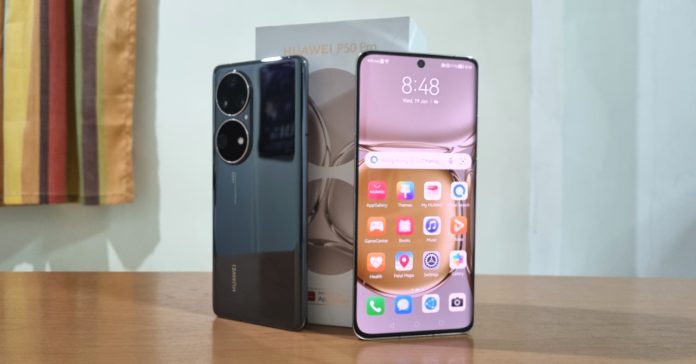 While Huawei may not have released a Mate 50 series of smartphones last year, the Chinese smartphone giant did reveal the P50 Pro and P50 Pocket last December. And now, the phones are confirmed to release in the Philippines.

Of the two, the Huawei P50 Pro is the more standard flagship as the P50 Pocket has a unique foldable design. Make no mistake though, standard does not mean boring as the P50 Pro promises to be Huawei’s best flagship yet. After all, the phone has an impressive quad camera setup, a large OLED display, and a powerful processor. 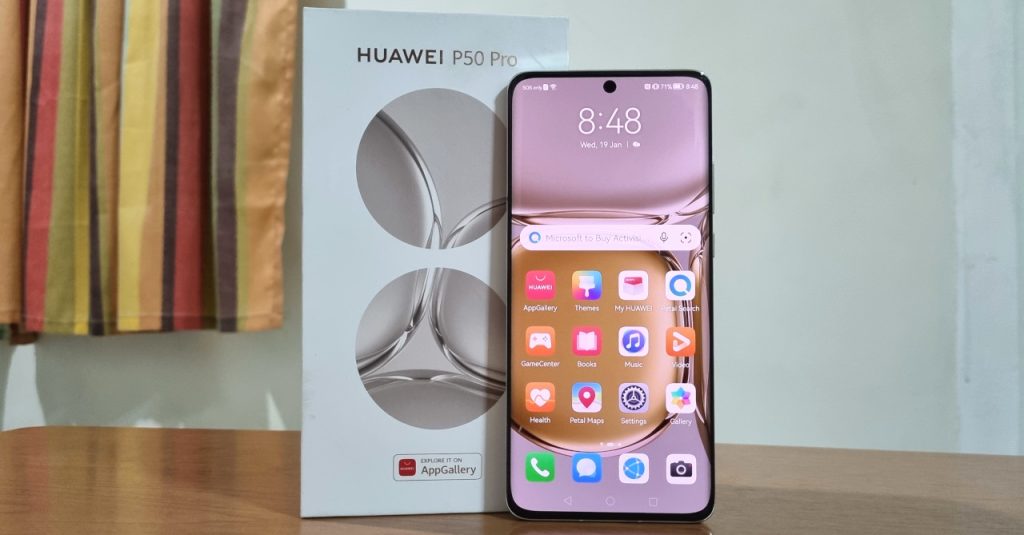 But does the P50 Pro have what it takes to stand out in the competitive flagship segment. After all, there are lots of impressive smartphones in the same price range. If you want to find out, keep reading for our final verdict here in our Huawei P50 Pro review.

To start, let’s take a look at the P50 Pro’s design. Similar to previous Huawei flagships, the P50 Pro has an eye-catching look thanks to its unique camera modules, as well as its mirror-like finish on the back. While it’s not straight up chrome, the Gold colorway is highly reflective, and is quite a sight to behold. Though as expected, it is a fingerprint magnet, so you may want to use the included clear case to keep it looking pristine.

Not a fan of the gold color? The P50 Pro is also available in other colorways, including black. Personally, I’m a big fan of the black colorway as it has a sleeker look, all while retaining some of those luxurious details like the gold outlines on the camera modules. Though I wish that Huawei went with a matte finish, at least for the black color. 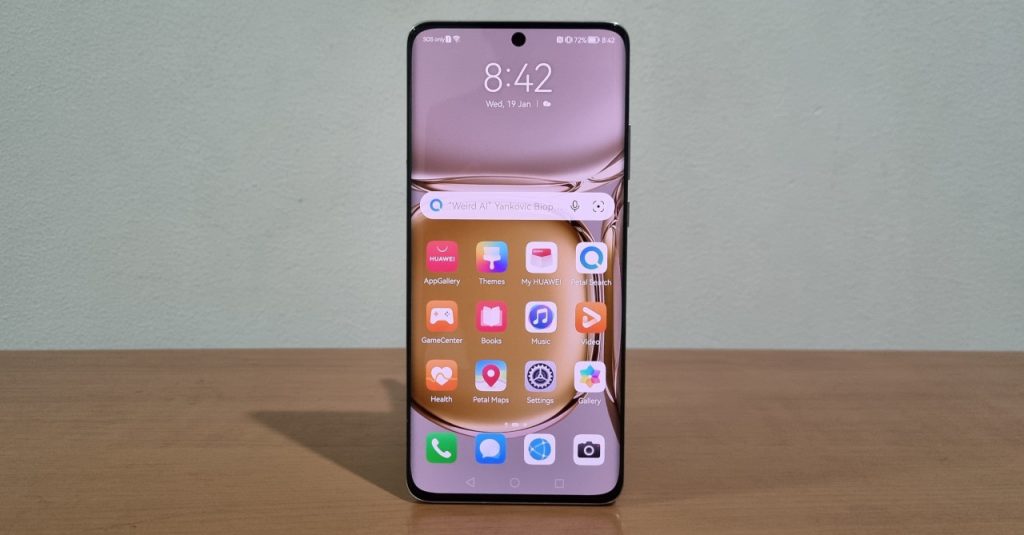 Moving to the front, we have the phone’s large 6.6-inch display with curved edges, as well as a small holepunch notch at the top. While most smartphone manufacturers have removed the edges on their flagship phones, Huawei retained the curved edge displays for the P50 Pro which is great news for fans of this type of screen. After all, a curved edge does make for a more all-screen look when viewed from the front.

Speaking of all-screen, the P50 Pro also manages to have slim bezels all throughout, making it one of the best-looking flagships today in our opinion. 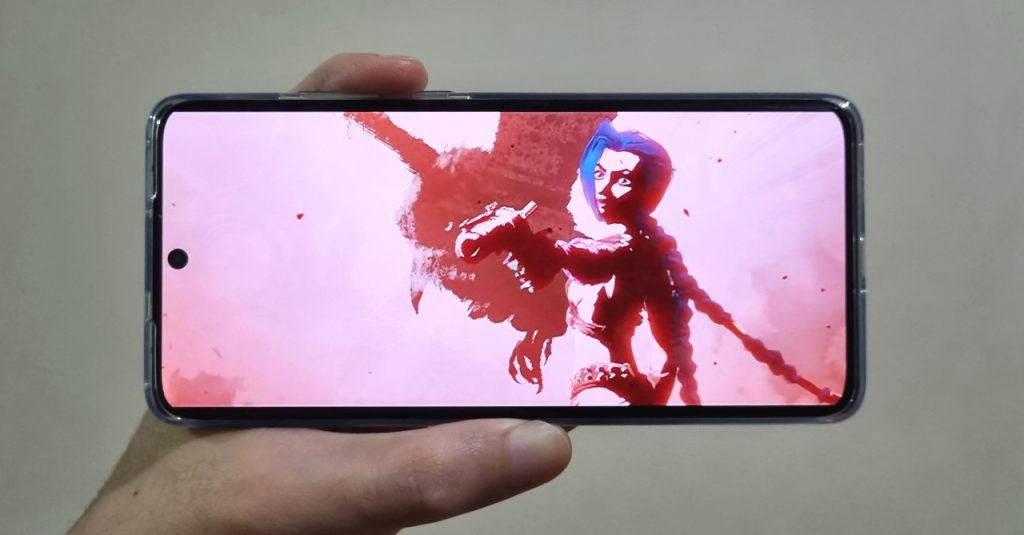 The P50 Pro’s display is a 6.6-inch OLED screen with a fast 120Hz refresh rate and an unusual 2700 x 1228 resolution. This resolution is a bit sharper than 1080p, but not quite QHD. Still, even if it’s not a QHD screen, the P50 Pro’s display is still excellent for binge-watching your favorite movies and shows. This is thanks to the vibrant colors and deep blacks that the OLED screen is able to produce. It also helps that the screen can get plenty bright, meaning you’ll get a good viewing experience almost anywhere.

As for audio, the P50 Pro features stereo onboard speakers which are of great quality and can get quite loud. In fact, you can have a good experience watching a movie even on just the phone’s speakers. Though if you do want to connect headphones or speakers, you’ll have to select a wireless one or use a dongle as the P50 Pro lacks a headphone jack.

The P50 Pro here in the Philippines is powered by a Qualcomm Snapdragon 888 processor. This is quite surprising given that most Huawei flagships are powered by Kirin SoCs (Huawei’s in-house SoC). Though this is not a knock on the P50 Pro as the Snapdragon 888 is a capable flagship processor, especially for gaming. 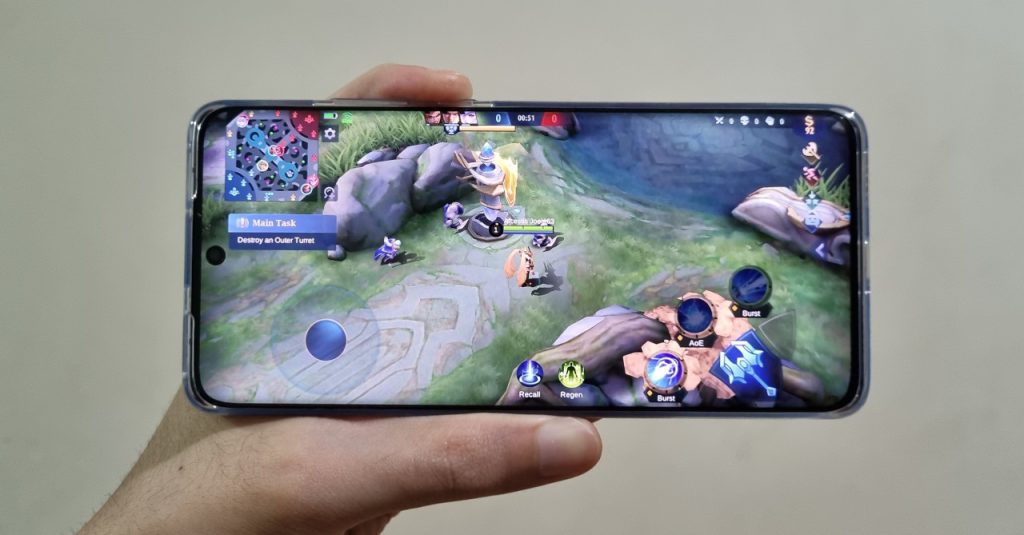 With the Snapdragon 888’s performance, you are guaranteed to get a great gaming experience on pretty much any game that you can get. This means all the recommended games on the AppGallery (Huawei’s version of the Play Store) will run with no issues on this device. 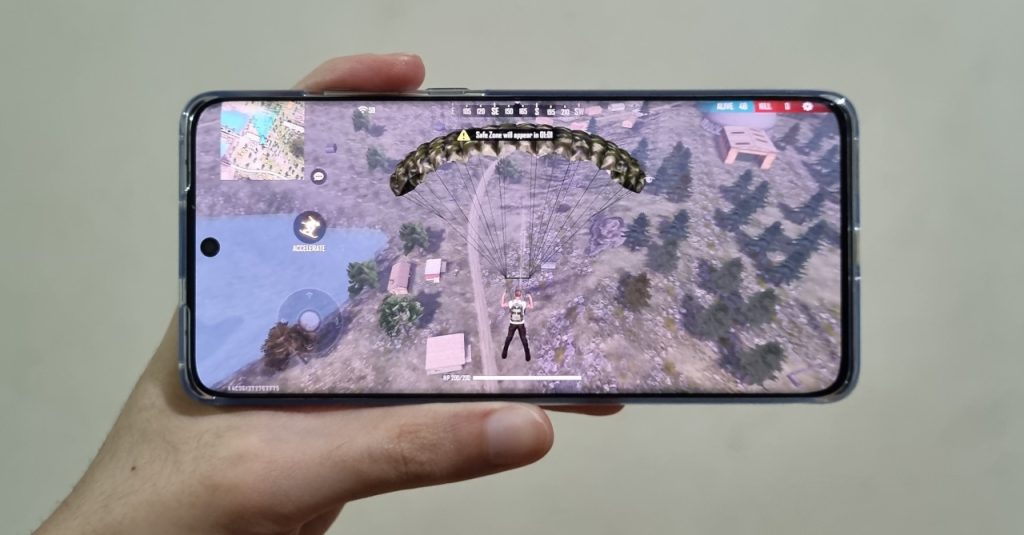 One thing to note when it comes to games is that not all of today’s popular titles are available on the AppGallery. Though you do have the option of downloading APKs through the Petal Search Widget on the phone, so you should be able to download and play a selection of your favorite titles.

Firstly, the main camera takes excellent photos in daytime, with images having great color and lots of detail.

At night, the P50 Pro’s cameras are also impressive as low light photos are of great quality as well, especially when using the camera app’s night mode. Though do take note that images take in night mode can appear a bit too vibrant, so you may want to play around with what mode you are using.

The 13MP ultrawide is also a great shooter, both in daytime and nighttime. We also like the fact that the wide angle lens used does not distort at the edges; this is unlike other ultrawide shooters which capture photos with a fish-eye effect. Though similarly to the main camera, the night mode photos can appear a bit too vibrant.

Moving on to the telephoto camera, the P50 Pro’s 3.5x zoom shooter is excellent. While other telephoto cameras are great at their optical zoom level, the quality tends to diminish when you zoom in more. But with the P50 Pro, even 10x digital zoom photos are sharp and clear, especially in daytime. Though the quality does take a hit when taking telephoto shots at night.

What’s curious about the P50 Pro is that it features a 50MP black-and-white camera — similar to the P20 Pro a couple of years ago. Aside from taking natural-looking black-and-white images, this camera also helps the phone take better quality portrait photos.

Finally, the phone’s 13MP front camera does not disappoint for selfies, with selfies being of good quality for the most part.

The Snapdragon 888 processor is not just great for gaming, it also has more than enough power for daily use, whether you just need a phone for browsing or if you need a device that you can also edit photos and videos on while on-the-go. Given this, the P50 Pro is definitely a reliable daily driver.

One thing to note though is that the Snapdragon 888 processor only supports 4G. This is one of the few knocks against Huawei’s latest flagship.

As for battery life, the P50 Pro packs a 4360mAh battery, and we found that the phone can last for around a day of standard use. If you need to charge it, the phone does support 66W fast charging and 50W fast wireless charging. This means you won’t have to wait too long for a battery top-up.

Finally, the P50 Pro runs on EMUI with no Google services, similar to Huawei’s other releases over the past years. This means you’ll need to download your apps on the AppGallery, Huawei’s version of the Play Store. Currently, the store has a lot of popular apps. But for those that aren’t available on the AppGallery, you can get apps through APKs which you can search for on the Petal Search Widget.

This widget is easy to use as you just need to type the app you want and download from there. For example, I was able to download and run Netflix easily via an APK. For the most part, the AppGallery and Petal Search Widget should work, but do take note that there are some apps that won’t work. For instance, there are apps that are tied to Google services, and it’s going to take more effort to get these working on the P50 Pro. 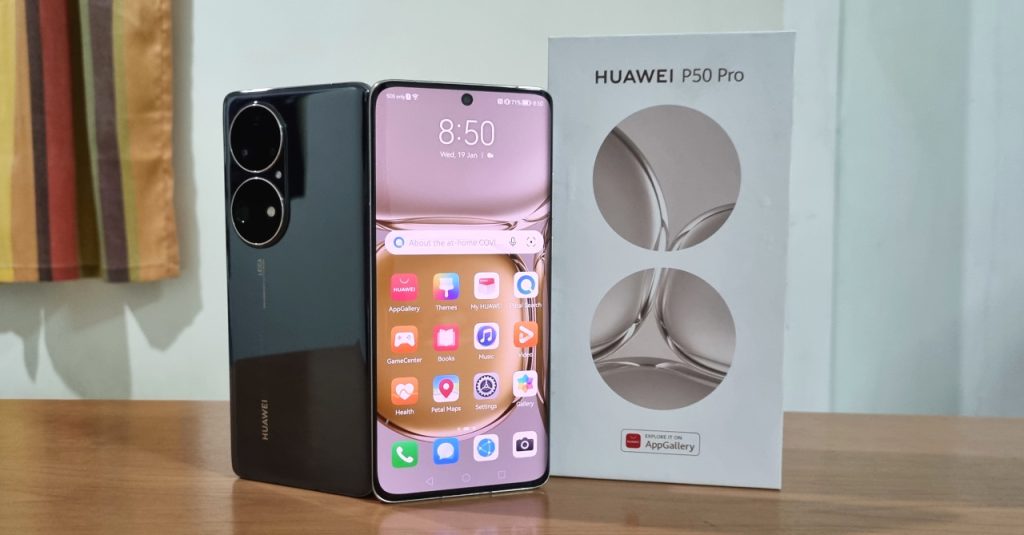 The Huawei P50 Pro is a flagship smartphone with one of the best camera setups that you can get. This is thanks to its four versatile shooters that capture impressive photos. On top of this, the phone also features a powerful processor along with a top-notch display.

Huawei’s new flagship does have some things that hold it back from being best in class. For one, it lacks 5G connectivity which a lot of other phones now have. Plus, while the lack of Google services is fine for some users, it does take some time to get used to for those coming from Google’s Android.

So, should you get this? It will depend on the price here in the Philippines of course. But if it’s priced right, it might be worth a buy for users who want the best smartphone for photography.