The game is entitled 'My Hero Academia Ultra Rumble' 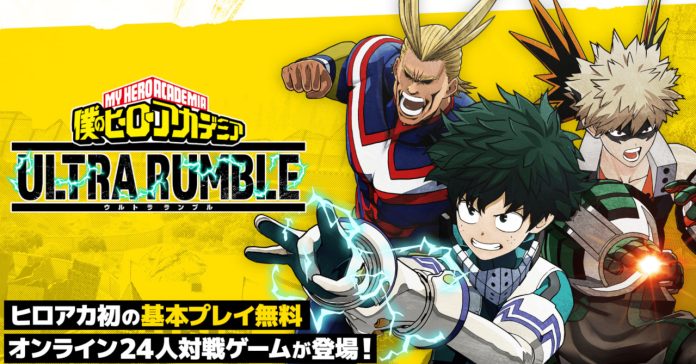 Specifically, this new My Hero Academia game will release on PS4, Xbox One, Switch, and PC via Steam. It will also feature a battle royale-style main game mode featuring 24 players that are split into teams of three (with eight teams per match).

Following the announcement, Bandai Namco gave us our first look at gameplay for the new My Hero Academia battle royale. The trailer showed off footage of the game in action, featuring a range of heroes and villains from the series.

Along with the new gameplay trailer, Bandai Namco also announced that the game will get a closed beta test on PS4 in Japan. The beta test is scheduled on February 2-6, 2022, and will include 10,000 players.

Given that the game will feature a wide array of characters from My Hero Academia, it will be interesting to see how balance will be handled. After all, it will be tough for players if characters such All-Might are as overpowered in the game as they are in the anime or manga series.

Currently, there’s no word yet on an official release date for My Hero Academia Ultra Rumble.