Fun and full of charm. 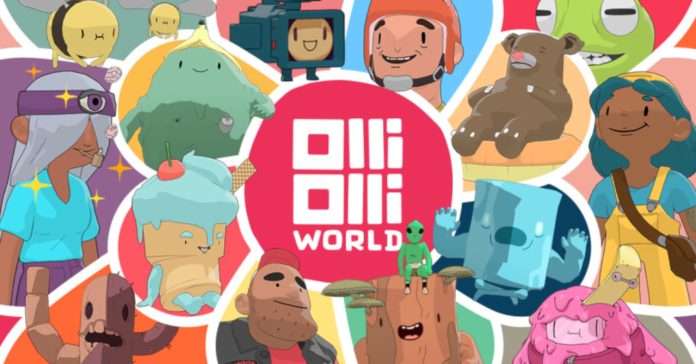 Back in June of 2021, we got to try out a short demo of OlliOlli World, the upcoming skateboarding platformer from developer Roll7 and publisher Private Division. In our preview, we found it to be a promising game, even if I personally wasn’t convinced yet if I’d love it.

Now though, we got to try a bigger slice of the game ahead of its release this February. And now, my impressions of OlliOlli World have changed. Not only am I convinced that it’s a good game, I even had a blast playing it, even if I’m not exactly a big platforming game fan.

Easy to Learn, a Lot of Fun to Master

As mentioned above, OlliOlli World is a skateboarding platformer. Specifically, the game is a 2.5D platformer where you need to perform skateboarding tricks to jump over obstacles and traverse through each level. How it works is that you press the A button with an Xbox/PC controller (or X on PlayStation) to push (aka propel yourself forward) while you flick the left analog stick to perform tricks. For example, flicking the analog stick down will have you do an ollie. You can even do more advanced tricks by rotating the analog stick halfway or fully for more points.

Basic gameplay is pretty much like that; you’ll need to push to gain enough momentum to perform tricks so you can jump through various obstacles and hazards. While the game starts as simple as this, OlliOlli World introduces a wide range of abilities, making it easy to pick up, but quite difficult (but still fun) to master. For example, you can grind through railings in levels, which you need to do in order to progress through certain areas. Grinding can be done by doing a trick then holding the left analog stick in a certain direction as you land on a railing. Then there’s wall-riding, another important trick to learn which is basically like grinding, but you have to hold the analog stick up.

Aside from these, there are a lot of other tricks that you’ll need to learn as you go through the various biomes, of which there are five. Though for the purposes of our impressions, we are only able to talk about the first three.

These biomes are like the different worlds in something like Super Mario, and each biome introduces new abilities that you’ll need to master. Each biome has over 10 levels each, and each level has several scores that you can beat, as well as objectives to achieve. When you beat a set high score or if you achieve certain objectives, you’ll often be rewarded with cosmetic items that you can use to personalize your character.

Speaking of cosmetics, OlliOlli World has a comprehensive character customization feature; great news for players who love creating a unique look for their character. While I stuck with picking a good combo from the randomizer, the character customization is definitely praise-worthy given the amount of clothing, appearance, and accessory options that you can choose from.

Finally, the game also features two asynchronous multiplayer modes. The first one is a league-style system called the Gnarvana League where you can compete with players from all over the world to get the highest score in levels. Meanwhile, the other one is a Gnarvana Portal where you can modify your own level and share it with friends and family so you can compete for the highest score. While it’s not a full-blown level editor, it does offer biome, difficulty, and other options.

As noted in our preview, OlliOlli World’s levels are far from a cakewalk. While the basic mechanics do click after a while, each level is fast-paced, and is filled with lots of hazards to avoid and wall to ride. In fact, I would probably not have finished the first three biomes if not for the generous checkpoint system.

Unlike other platformers with a live system, or others that require you to restart the level after failing, OlliOlli World’s levels have lots of checkpoints. When you fail, you simply restart from that checkpoint, and on PC, restarts are instant. Though you may restart from the beginning if you prefer as every level has a “no checkpoint used” objective.

What’s great about this system is that it makes the game more forgiving and accessible, especially for players who aren’t good with platformers like myself. If not for the generous checkpoints, I probably would’ve stopped midway through out of frustration. That would have been a shame, especially as after some time getting used to the game, I am finally able to reach that “flow state” that you get in platformers. While I can’t yet consistently do this in all levels, whenever I do, I feel like a skateboarding god.

And that’s the beauty of OlliOlli World. The game’s levels are all quite challenging and have a high skill ceiling if you want to get the highest scores. This means you’ll need to be in that flow state to go through the levels as best as you can. On the flip side, the game is accessible enough to make even challenging parts feel rewarding to conquer instead of frustrating.

Gameplay is the main reason to play OlliOlli World, but it is supported by a world and a cast of characters that are full of charm. Sure, it’s not a narrative-driven title, but I quite liked the game’s colorful supporting cast and interesting world. Though I have to admit, there were times that I skipped some of the dialogue during every level, but not because I found them uninteresting. Instead, I was just too keen on exploring the next level.

Complementing the game’s world and characters is a killer soundtrack that perfectly matches the vibe and the gameplay of OlliOlli World. The best part is, you can skip and select tracks, even when in the middle of a level.

After trying OlliOlli World out last year, I found that it had a lot of promise, but it didn’t grab me that much. Now though, having played through an extended demo, I can say that the game finally clicked with me, and I had a blast playing through the levels. It also helped that the game struck the perfect balance between challenge and accessibility.

The fun skateboard platforming mix of OlliOlli World is definitely worth checking out. While I still need some practice to more consistently reach that flow state to ace through levels, I’m definitely looking forward to the rest of the game.