SNK vs. Capcom: Card Fighters’ Clash is now available for the Nintendo Switch 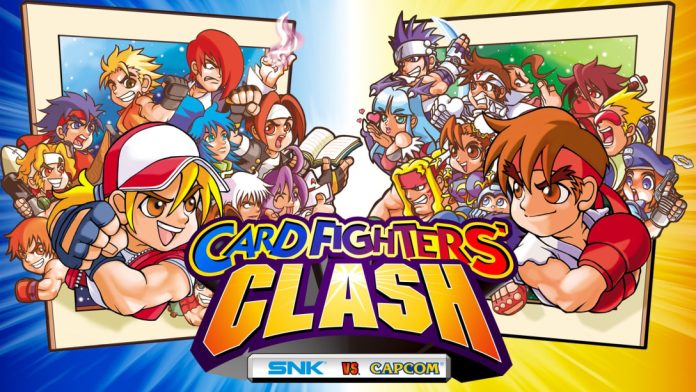 One of the most underrated handheld card games back in the day is finally making its return to the Nintendo Switch! As part of the NEOGEO Pocket Color Selection series SNK vs. Capcom: Card Fighters’ Clash was originally released as two games for the NEOGEO Pocket Color in SNK Cardfighter’s Version and the Capcom Cardfighter’s Version respectively. These games were made when fighting game collaborations were all the rage back in the day in both arcades and consoles and this is their portable version where instead of punches and kicks, players duke it out with a custom deck of cards.

This version combines the two card games into one title.

Dive to the nostalgia in the trailer below:

Characters from SNK and Capcom clash in this epic card fighting game!

SNK vs. Capcom: Card Fighters’ Clash is now available for the Nintendo Switch via its Nintendo eShop for $7.99 as part of the NEOGEO Pocket Color Selection series.