Warhammer 3 has a couple of surprises in store for fans as well! 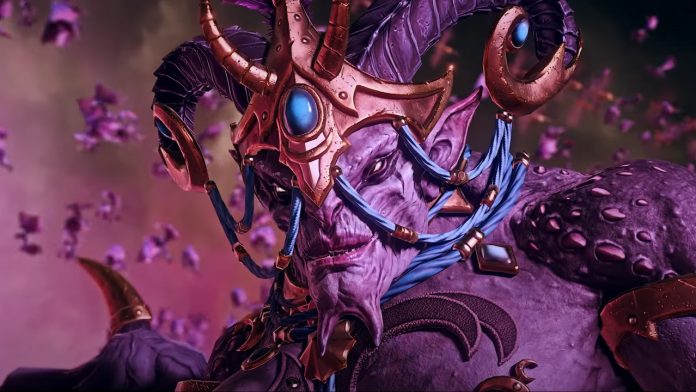 It was a treat to be able to experience a few hours of what Total War: Warhammer 3 had to offer. I’ll admit that, as a first timer into the series, it was a bit daunting to just jump in. After all, this would serve as the Finale to the series. I was afraid I’d get lost in the shuffle but I was more than happy to experience a gaming world that I’d WANT to get lost in.

While we only had a limited amount of time to try the game, we did get a good look at various game elements and the initial story beats of Total War: Warhammer 3 which we’ll be sharing with you as we give you our first impressions! 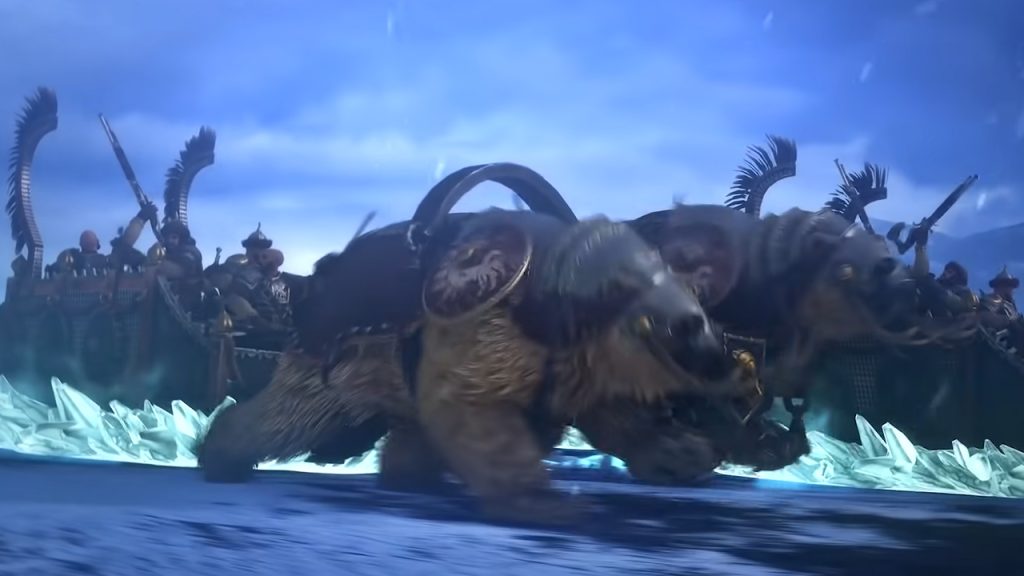 Total War: Warhammer 3 features a HUGE world with a lot of factions – each with their own agendas. At the center of all of this is the Bear God of Kislev, Ursun. This particular divine beast is almost immediately revealed to be in dire straits as it is trapped inside the Realm of Chaos. Apparently, it’s been gravely wounded and is nearing death. It’s also being kept in the Realm of Chaos by a powerful daemon known as Be’lakor which leaves Ursun no choice but to stay put and just wait for the end. As Ursun suffers, he releases these roars of pain that are so powerful, they cause rifts in reality – which also serves as entry points into the Realm of Chaos.

So why is that important? Because apparently, a dying god bear creates a bunch of possibilities for each of the factions. For Kislev, it’s an opportunity for them to get their god back with them. For the leaders of Grand Cathay, it allows them a chance to get answers from Ursun regarding the location of their lost sister. For the ogres, being able to partake in a god bear buffet is a chance for them to experience the ULTIMATE FEAST and gain powers. Even the demon factions have their own goals with Ursun. This sets up a race across the land on who can get to Ursun first and reap the rewards they seek.

The narrative this brings is quite gripping and the sense of urgency is felt as you play. How do you beat out everyone else to the Realm of Chaos? Can you get there before Ursun perishes? 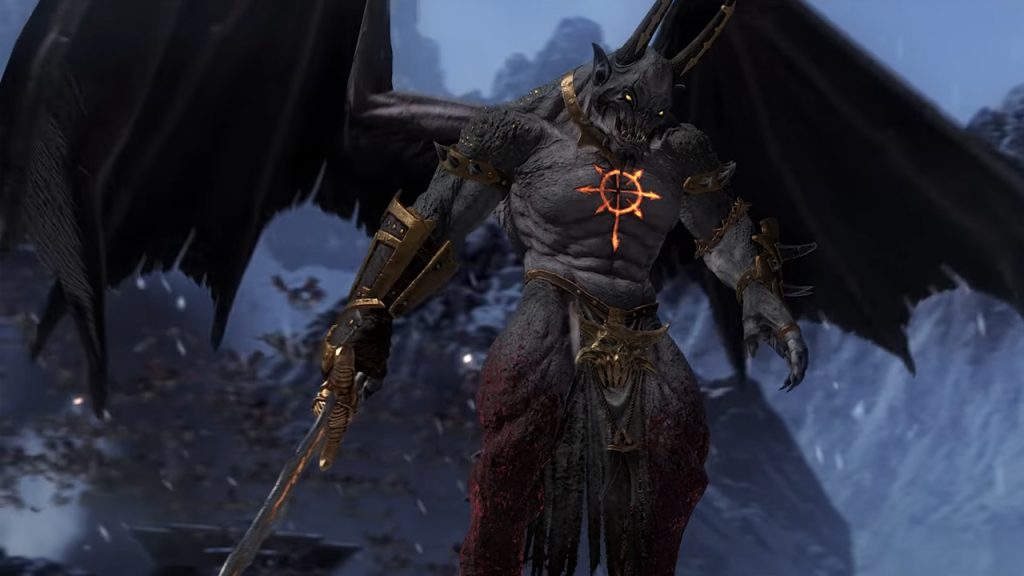 Just in time for the hands-on gameplay, the devs also revealed a new playable faction that’s throwing in their hat in the mix as they have business with Ursun as well. They are the Daemons of Chaos (aka Chaos Undivided) led by the Daemon Prince and these guys bring in a whole new RPG-like mechanic to the table. You see, the Daemon Prince has the ability to draw strength from all 4 chaos gods. To what extent, you ask? Well, that’s the thing. It’s completely up to you! Units, Faction Features, etc is all according to how you want YOUR Daemons of Chaos to be. You can also specialize more with certain gods that unlock higher tier benefits of that particular god. The beauty of this is that you can now mix and match according to your tastes. You imagine a certain synergy between units from different chaos gods? Well, imagine no longer since this faction can make it a reality for you. 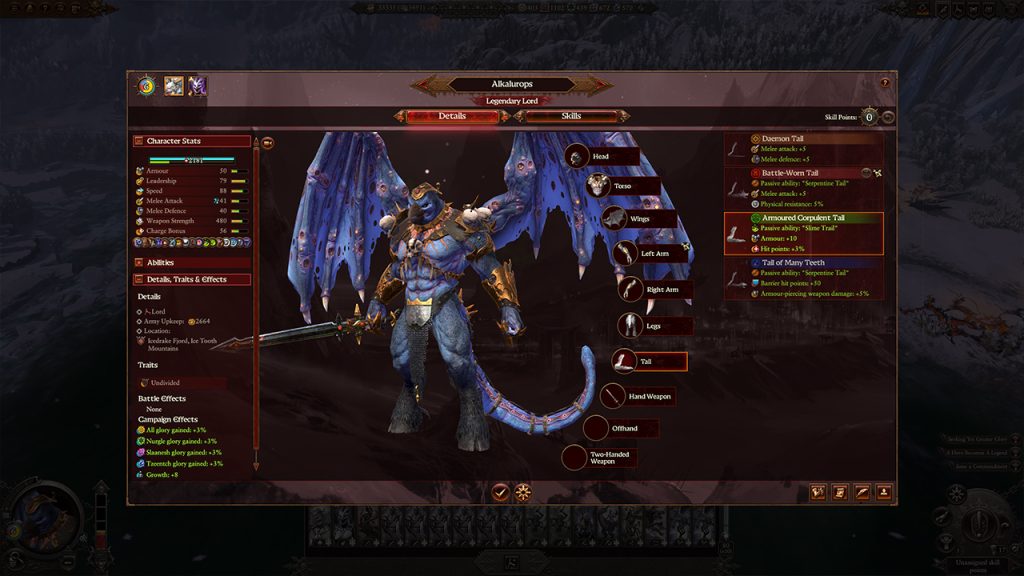 When you allocate Daemonic Glory to these gods, they’ll reward you with body parts that you can use to CUSTOMIZE your Daemon Prince’s skills, weapons, look, and more. It’s a faction that focuses on player agency and can open up a plethora of build possibilities! The devs mentioned in our interview with them that they can’t wait to see what players come up with for this faction. “We’ve never had that level of customization and role-playing elements before, which is really exciting for me. I’m really looking forward to seeing all the posts on the forums about, ‘Look at my Daemon Prince! it’s got this crazy arm and this crazy sword!’, and just seeing how players interact with that. It’s gonna be really fun,” said Lead Campaign Designer Mark Sinclair.

A Lot Going On 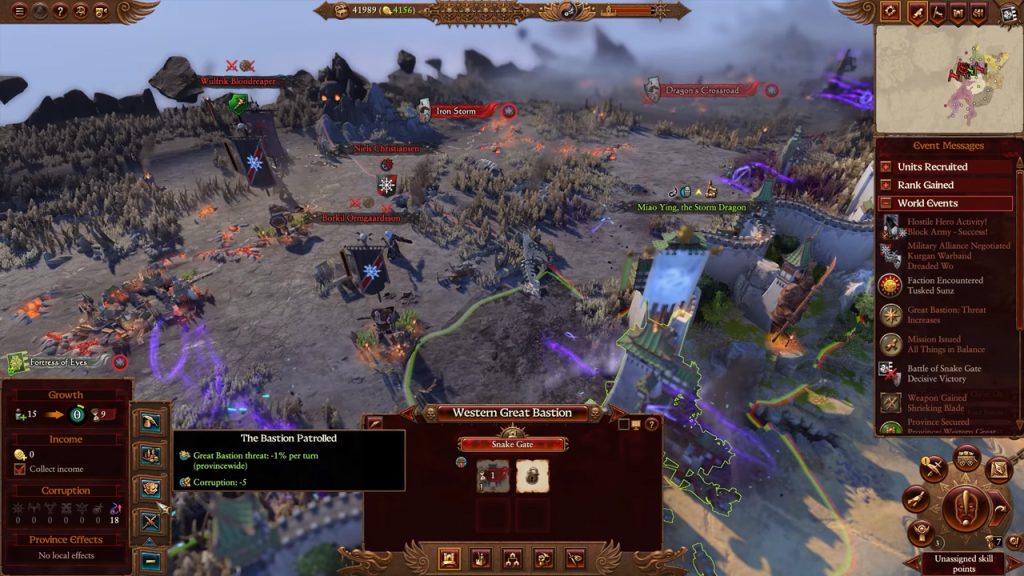 While yes, you have a clear end game, that’s not to say that you won’t be juggling a lot of things as well. Not only do you have deal with the typical resource management and territory control that you’d expect, but you’re also sharing the land with the other factions. This means you must maneuver around their moves as well. Additionally, combat has its own complexities as well. Remember, I am writing from the perspective of a first timer in the series and my experience during this hands-on did feel quite overwhelming as there was quite a lot of tooltip reading that needed to be done. I eventually did get the hang of it though.

I did ask the devs about this and I’m happy to inform you that future newcomers are going to have a much easier time getting the hang of things than I did. This is because the launch version of Total War: Warhammer 3 will include a Prologue which is HIGHLY RECOMMENDED that everyone starts the game with. The Prologue will catch players up with everything going on lore-wise as well as ease you into the various game mechanics. So rest easy, series newcomers! The devs definitely took into account that there may be a lot of new blood that will be coming into the series just now and they’ve mentioned that they’ve taken many steps to assure ease of accessibility. 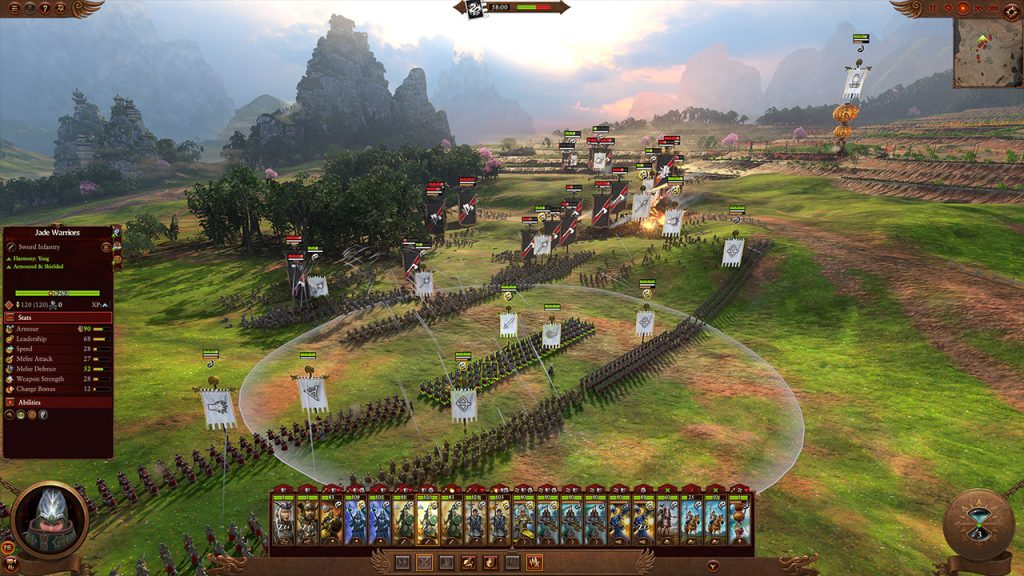 What really got me with this game was how epic everything felt. Not only did the story have a great premise, but seeing the land around me and seeing all of the events that happen really made you feel how grand everything is. Paired with that pressure you feel from the ever-looming dangers of your… err, neighbors… and from your prime objective, game progress feels fulfilling. Then you also have combat that are just visually satisfying as you see armies clash. While it did take me a bit of long reading, combat did become easy enough to grasp after a bit.

Total War: Warhammer III is definitely ambitious, and oftentimes, going GRAND opens you up to issues with tightness and streamlining. It was said that certain tweaks and fixes are still going to take place between now and launch so time will tell on whether the final game can live up to its potential. However, based on what I’ve seen and experienced for the few hours that I was able to play, I’m optimistically looking forward to witnessing its final form. The premise has definitely piqued my curiosity and I hope that they do deliver on the epic gameplay experience they’re gunning for.