Worth a revisit for Uncharted fans! 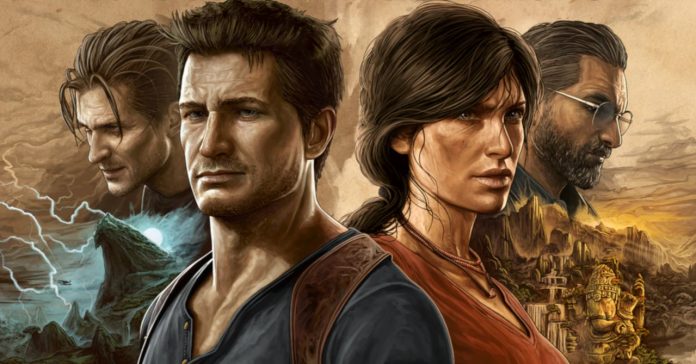 While we are eagerly waiting for Naughty Dog’s next title (be it the Last of Us 1 remake or Factions mode for Last of Us 2), the PlayStation Studio is gearing up for the release of the Uncharted: Legacy of Thieves Collection on PS5 and PC. In case you missed its announcement, this collection is a remaster of the PS4 games, Uncharted 4: A Thief’s End and Uncharted: The Lost Legacy.

The collection’s PC release has no launch date yet, but the PS5 version is coming out on January 28. And ahead of its PS5 release, we got to try out the Uncharted remasters out to see if they’re worth playing, or replaying if you’ve already finished the PS4 versions like I did.

Still Some of the Best “Playable Blockbuster Movies”

The Uncharted games have been long described as “playable blockbuster movies,” and this is still the best description for them (at least for me). That’s not to imply that you’ll spend all your time just watching as they are still very much games complete with compelling third-person shooter gameplay. It’s just that the Uncharted titles (especially the two in this remaster collection) also feature a globe-trotting story, as well as over-the-top action set-pieces that can put Hollywood blockbusters to shame.

Personally, the massive set-pieces, especially in A Thief’s End and The Lost Legacy are the main reasons to get this remaster collection. If you haven’t played any Uncharted game yet, you’ll be treated to some of the best and most memorable moments that the series has to offer.

On the flip side, if you’re new to the series, these games might not be the best place to start. Sure, you can easily kick-off your Uncharted adventure with these two titles as they have stories that stand alone, but you might not be able to fully appreciate them.

For instance, Uncharted 4 not only features a ton of nods to the previous three Uncharted games, its story also has a sense of finality to it which hits even stronger if you’ve been with protagonist Nathan Drake for the first three games. I still remember when I first got a PS4 and played Uncharted 4; at the time, it was my first Uncharted game, and while I had fun with it, I didn’t exactly love the story. Don’t get me wrong, the story is great — probably the best-written in the series in my opinion having played almost all of it at this point — it’s just that it didn’t land that well having experienced none of Drake’s past adventures when I first finished the game.

The same can be said for The Lost Legacy as its protagonist is a major character in Uncharted 2. Again, the story is standalone, but it just won’t land as strongly compared to if you’ve played the mainline games in the series prior to it. So, if you’re on PS5, you might want to consider getting the Uncharted Nathan Drake collection that’s playable on your console via backwards compatibility (here’s hoping those also release on PC soon).

It may seem like I’m a bit too harsh on these two games, but make no mistake, these two still feature entertaining stories with memorable characters. Plus, if you’re in it purely for the gameplay, these two games play excellently.

A Thief’s End and The Lost Legacy play mostly the same, as both games feature third-person shooter combat that’s cover-based, but also not exactly. If you play these games as you would a cover-based shooter where you simply camp and hug a waist-high wall, you might be in for a rough time as enemies tend to swarm around you. Instead, you’ll have a better time if you run and gun through levels, mixing up shooting, taking cover, and going for melee takedowns. Take note though, this is based on the standard difficulty level, so your approach will likely differ on the highest difficulty.

Aside from shooting, both games also feature stealth mechanics, not unlike The Last of Us games. For example, you can take cover in tall grass, as well as silently take down enemies from the back or below if you’re hanging off a ledge. Personally, I only used stealth in a couple of levels as it was much more fun to play these two titles as run and gun action games.

Whether you’re like me and prefer to go in guns blazing, or if you would rather Solid Snake your way through encounters, you’ll have a great time, especially in this remaster collection. That’s because the games finally run at 60FPS, making a world of difference coming from the PS4 versions.

Similar to most PS5 remasters of last-gen games, the Uncharted: Legacy of Thieves Collection features three graphics modes: Performance, Fidelity, and Performance+ Mode. In Performance Mode, both remaster run at 60FPS from a base 1440p resolution, meaning 1080p TV players will get supersampled 1080p while 4K display players will get upscaled 4K. In Fidelity Mode, the game will run at a true 4K resolution, but only at 30FPS. Finally, Performance+ runs the game at 120FPS at 1080p.

In my time with the game, I found no real reason to switch to Fidelity Mode. Sure, some players might notice the sharper resolution on a large 4K TV, but the 60FPS frame rate just makes the game play much smoother. Sacrificing that smoothness for a slight bump in resolution just isn’t worth it for me, especially given the Performance Mode runs like a dream, with no noticeable drops in frame rate in my playthrough. As for Performance+, I wasn’t able to test it as I did not have a 120Hz monitor during my review.

Aside from the enhanced performance and resolution, the Legacy of Thieves collection also adds various PS5-specific features, including 3D Audio when playing with headphones or on TV speakers, as well as haptic feedback and adaptive trigger features on the DualSense controller. On top of these, the games also load near instantly thanks to the PS5’s high-speed SSD.

Upgrade System could be a bit more generous

As the Uncharted: Legacy of Thieves Collection features considerable tech enhancements, it’s not exactly a surprise to see that Uncharted 4 and The Lost Legacy owners on PS4 won’t get a free upgrade. Instead, owners of either game will be able to buy a USD 10 (around PHP 500) upgrade to get a digital version of the Legacy of Thieves collection, except for players who received Uncharted 4 via PlayStation Plus.

On its own, this seems like a generous deal. After all, even if you just own one of the PS4 versions, you’ll get the 2 remasters included in the 10 Dollar upgrade. But if you compare it to other next-gen remasters, its value proposition is weaker.

For example, Ghost of Tsushima Director’s Cut does cost USD 20 to upgrade from the PS4 version, but that includes a sizeable new DLC which adds a new island with a new storyline (even then, we still find it a bit expensive). Then there’s Death Stranding Director’s Cut, a USD 10 upgrade which not only includes tech enhancements, but it also features additional content.

On top of these, games such as God of War, The Last of Us Part II, and Ghost of Tsushima received free PS5 updates which added 60FPS support so that players can enjoy a smoother experience on PS5. For comparison, neither of the PS4 Uncharted games got free 60FPS patches, with both games still locked at 30FPS at the time of this review.

I’m not saying that these remasters should be provided for free or that they should’ve added new content, but the fact is, existing owners of A Thief’s End and The Lost Legacy are require to pay USD 10 to play the games at 60FPS if they have a PS5. This wouldn’t be an issue if a 60FPS patch were to be released for existing owners of the game. Here’s hoping this happens.

The Uncharted: Legacy of Thieves collection is a quality remaster of two action-packed titles that are the definition of playable blockbusters. While the highlight of this remaster is the range of technical enhancements such as performance improvements and PS5-specific additions, the games themselves still hold up. Not only do they have great stories, they also feature action-packed gameplay that is sure to entertain.

There are two knocks against it though. For one, the collection might not be the best entry point to the series, at least in terms of story. The other is that PlayStation could’ve been more generous with the upgrade path for existing owners of the games.

Overall though, the Legacy of Thieves collection is well worth picking up, especially if you love the Uncharted series.

This review was made using a game code for PS5 provided by the publisher.

Previous articleOlliOlli World gets a Cinematic Trailer ahead of release
Next articleCyberbang 2069 is real, and it’s a Cyberpunk 2077-inspired dating sim

Uncharted: Legacy of Thieves Collection Review | Great Games Made Even BetterThe Legacy of Thieves collection is well worth picking up, especially if you love the Uncharted series as it features a wealth of enhancements to two already great games. While the upgrade path could've been more generous, these two Uncharted remasters are still a great value for players who have yet to play either game.