The game also has a 50GB patch on all PC and consoles. 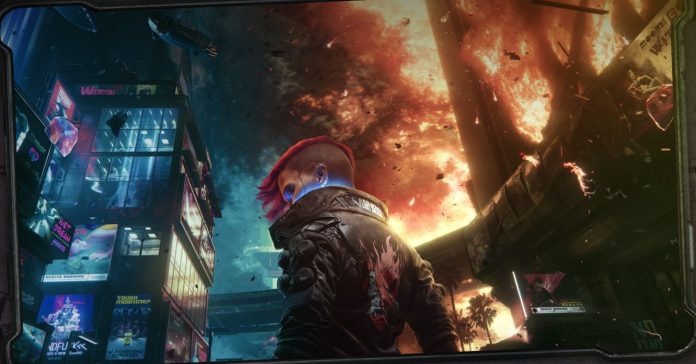 In a recent livestream, CD Projekt RED have announced that the Cyberpunk 2077 next-gen update is now available on PS5 and Xbox Series X|S. Along with the next-gen versions of the game, Cyberpunk 2077 also got a new 50GB patch that features enhancements and a range of fixes.

The PS5 and Series X|S update for the game is free for all PS4 and Xbox One owners of the game, respectively. For PS5 owners, they will need to install the Cyberpunk 2077 PS5 version from their game library. Meanwhile, Series X|S owners can get the next gen version via a patch.

Check out some gameplay footage of the Cyberpunk 2077 next-gen versions here:

Along with the release of the updated versions, CD Projekt RED has also released a free 5-hour demo of Cyberpunk 2077 on PS5 and Series X|S. This free trial will be available until March 5 at 8AM PT (March 6 at 12AM PH Time).

As for the new patch, Patch 1.5 is a massive update on all platforms, and it includes a wide range of changes and additions. The changes include a reworking of the perks tree, along with a rebalance of the in-game economy.

Patch 1.5 also includes the ability to customize appearance at mirrors, enhanced romance options, a shared weapon stash in a player’s apartments, and more. 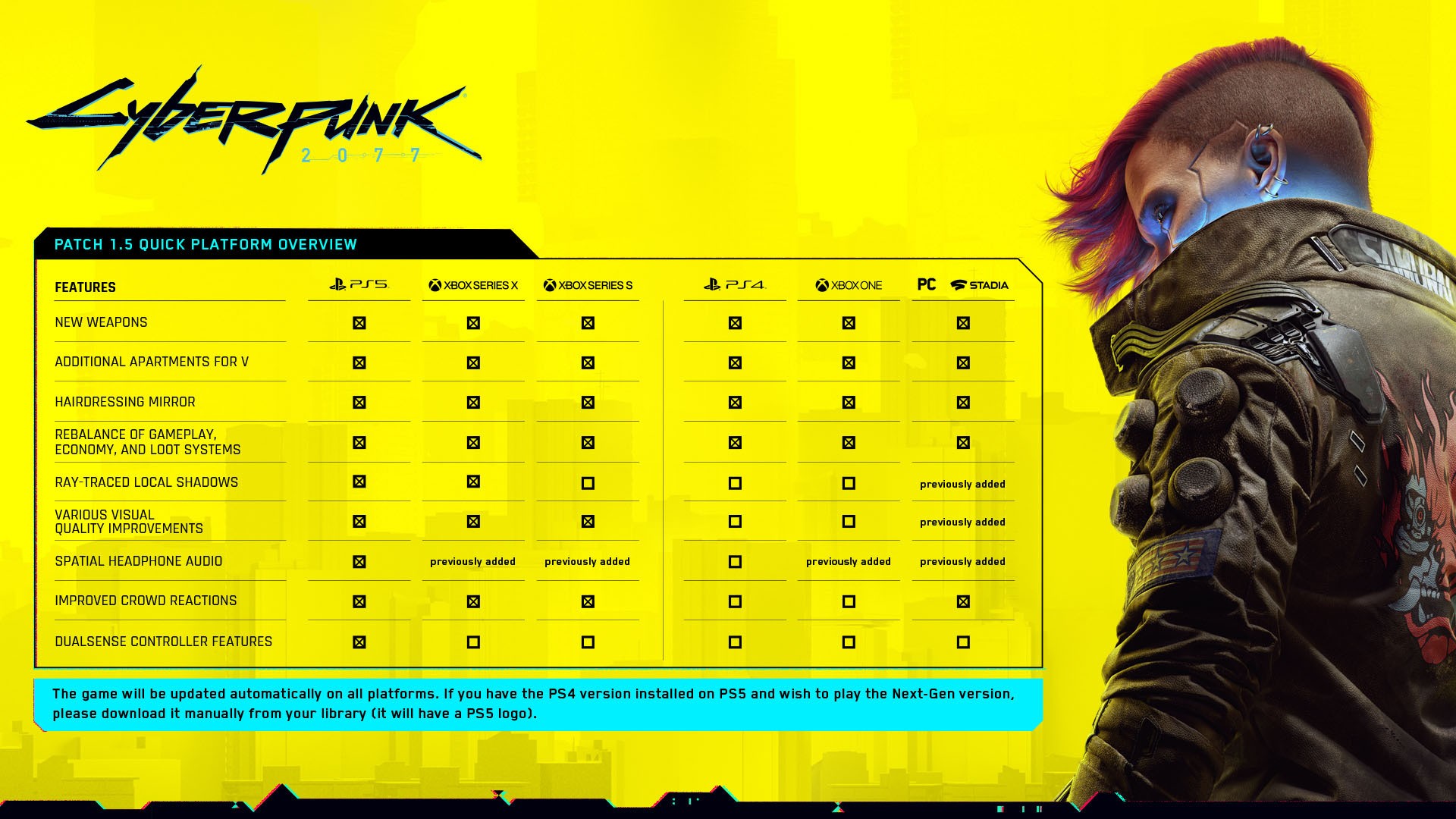 For the full info on the latest patch, visit the Cyberpunk 2077 website.