Machete is part of OlliOlli World! 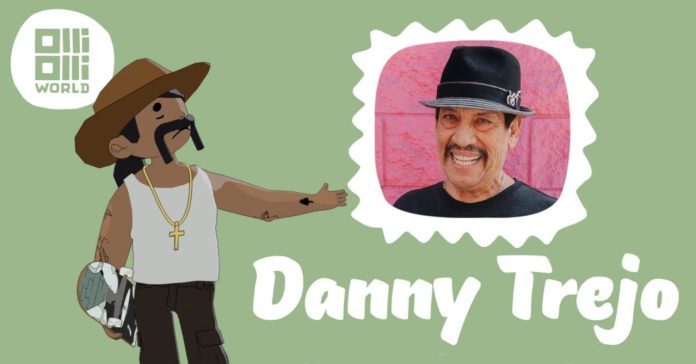 Ahead of the game’s release on February 8, Private Division and Roll7 have announced that Danny Trejo is part of OlliOlli World — the iconic actor who starred in films such as Desperado, Con Air, From Dusk Till Dawn, Machete, and more.

Specifically, Trejo is a host of one of the game’s side quests. And in the game, Trejo sports his iconic look, but in the colorful style of OlliOlli World.

Aside from meeting Danny Trejo in-game, players will also get to unlock a special cosmetic item when they finish his side quest. So, make sure you find him and complete the quest!

In case you’re unfamiliar OlliOlli World is a skateboarding platformer, and is the third in developer Roll7’s OlliOlli series.

Get to see Danny Trejo in OlliOlli World when the game releases on February 8, 2022 for PS5, PS4, Xbox Series X|S, Xbox One, PC, and Nintendo Switch.