After getting an anime adaptation, an Edens Zero game is also releasing soon! 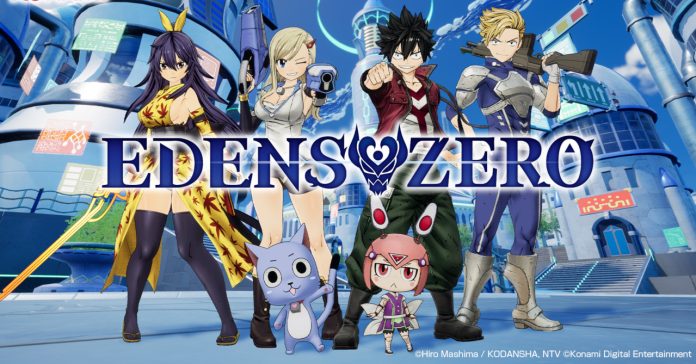 Konami has announced that the new mobile game Edens Zero Pocket Galaxy will release on Android and iOS on February 24.

In case you missed it, Pre-registration for Edens Zero Pocket Galaxy kicked off in September 2021. For this pre-registration, Konami set up three milestones to unlock in-game items for anyone that plays the game on launch day:

In case you missed the pre-registration period, you can still pre-register through the following sites:

In case you’re unfamiliar, Edens Zero is an ongoing manga series written and illustrated by Hiro Mashima, the creator of Fairy Tail. Edens Zero is seralized in Weekly Shonen Magazine, and it recently received an anime series adaptation which released last April 2021 on Netflix.

As for Pocket Galaxy, Konami describes the game as:

“In EDENS ZERO Pocket Galaxy, players will fight their way through portions of the original story, reliving significant scenes from the manga. Collect more than 100 costumes including original and exclusive costumes designed by Hiro Mashima, and customize special abilities(“Ether Gear”) for characters.”