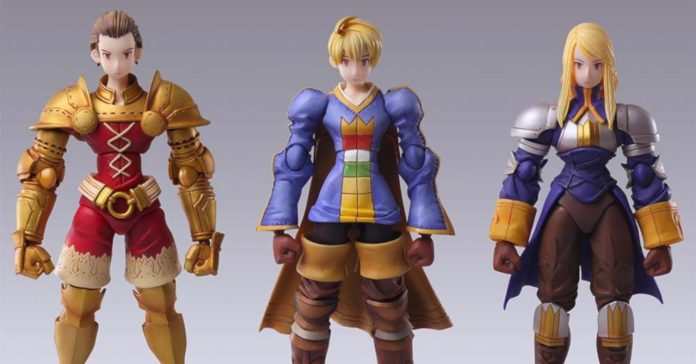 Following its reveal a few days ago, the Final Fantasy Tactics Bring Arts figure series is available now for pre-order in the Philippines.

FINAL FANTASY TACTICS Bring Arts are finally here and available for Pre-order now on the Square Enix Store! Get 10% if you pre-order by 2/14.

In case you missed their reveal, this new Bring Arts series features figures of Ramza, Delita, and Agrias from Final Fantasy Tactics, complete with designs taken straight out of the PS1 classic.

FF Tactics fans in North America were able to pre-order their figures starting February 5. Now though, fans in the Philippines can pre-order via select retailers.

For starters, the three figures are now available for pre-order through Datablitz. Each figure requires a PHP 500 downpayment, has an estimated SRP range of PHP 3,900 – PHP 4,100, and a tentative release date of September 2022.

You can pre-order these figures now through Datablitz via these links:

These Final Fantasy Tactics figures are also available for pre-order through Onegai Onii-chan, with each figure having an SRP of PHP 5750.

These FF Tactics figures will also be available on Hubbyte Toy Store. Currently though, there’s no word yet on pricing and availability info on the said store.