OSAEC is no laughing matter. 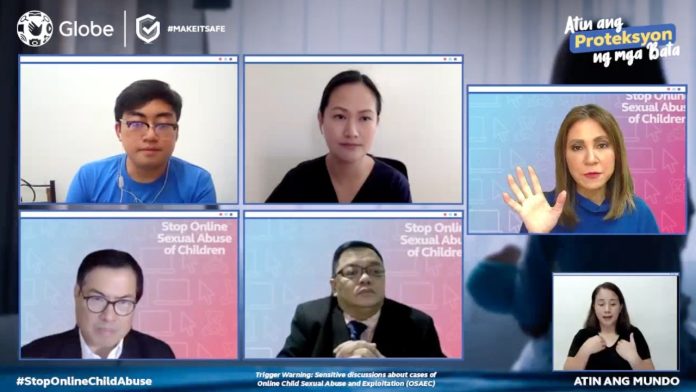 It takes a village to raise a child, but it takes even more to protect them.

In a webinar marking World Safer Internet Day, Globe vowed to continue efforts to provide a platform for collaboration among key stakeholders to fight Online Sexual Abuse and Exploitation of Children (OSAEC).

The event was made open to the public via live streaming on Globe’s Bridging Communities Facebook page and was anchored on the digital solutions group’s #MakeITSafePH campaign, geared towards online safety and protection.

Together with partners from UNICEF Philippines and the SaferKidsPH Consortium, Internet Watch Foundation (IWF), CitizenWatch, and Bantay Konsyumer, Kalsada, Kuryente (BK3), Globe highlighted the importance of holistic cooperation among the public and private sectors, international and civil society organizations, and digital citizens in fighting online abuse and child sexual exploitation.

“As a digital solutions group, Globe recognizes the need for children to be safe online. We celebrate Safer Internet Day today with the intention of raising awareness and educating consumers about the continued rise of OSAEC in the Philippines, and what we can do to protect our children from further risks of online violence and exploitation,” said Yoly Crisanto, Globe Chief Sustainability Officer and SVP for Corporate Communications.

She cited how Globe has invested more than $2.7 million for content filtering systems that block websites and online imagery that promote child pornography and piracy.

He added, “We saw an alarming trend even before the pandemic that led to abuse which was further exacerbated by economic hardships during the pandemic.  As a community, we need to create better opportunities that will enable our children and their families, without exposing them to the risks of abuse and exploitation.” 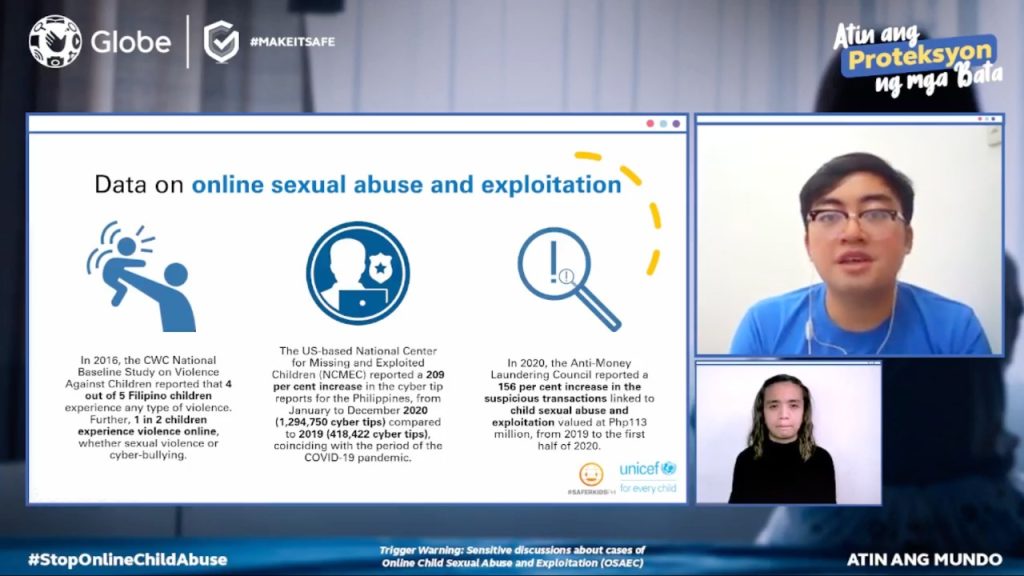 According to a study by the US-based National Center for Missing and Exploited Children (NCMEC), the Philippines is among the world’s top producers of content involving child sexual abuse.

In the panel discussion, Atty. Tim Abejo of CitizenWatch highlighted how there are already existing laws that can help protect children exposed to the dangers of OSAEC, such as Republic Act (RA) 9775 otherwise known as the Anti-Child Pornography Act of 2009, RA 10364 the Anti-Trafficking in Persons Act of 2003, RA 10175 the Cybercrime Preventions Act of 2012, and RA 7610 the Special Protection of Children Against Abuse, Exploitation and Discrimination Act, more commonly known as the “Child Abuse Law.”

However, he also pointed out that these existing laws have several overlaps that could also be interpreted as contradicting, which could make pursuing a case more difficult.

Meanwhile, Professor Louie Montemar of BK3 talked about how the negative effects of OSAEC can stay with a child even beyond the years that they were exposed to these dangerous acts, as it can severely affect a child’s mental and physical well-being.

“Stopping OSAEC is everybody’s fight. As a staunch advocate for Internet safety, Globe has been working closely with government and key stakeholders to protect our children from sexual abuse online for several years,” said Globe Data Protection Officer Irish Salandanan-Almeida.

She added, “The only way for us to truly win this fight, is by working together across sectors and recognizing how we as individuals can play a part in preventing further cases of OSAEC in the Philippines.” 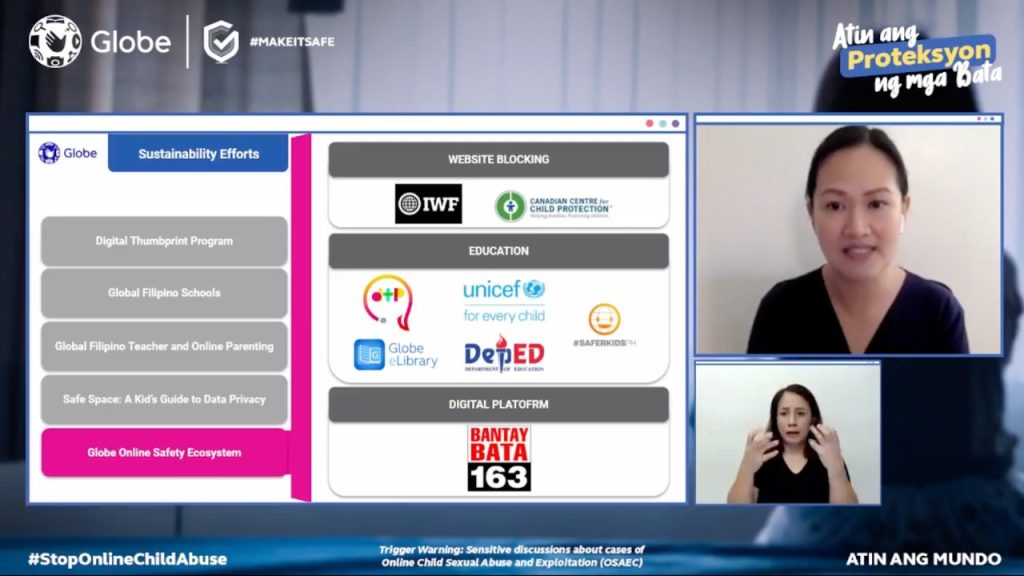 Globe strongly supports the United Nations Sustainable Development Goals, particularly UN SDG No. 9 which highlights the roles of infrastructure and innovation as crucial drivers of economic growth and development, and UN SDG 17 which highlights the value of partnerships to achieving the sustainable development goals. Globe is committed to upholding the United Nations Global Compact principles and 10 UN SDGs.