Hearthstone Onyxia’s Lair Mini Set Review | Is It Worth It?

Setting the tone for the future of Hearthstone. 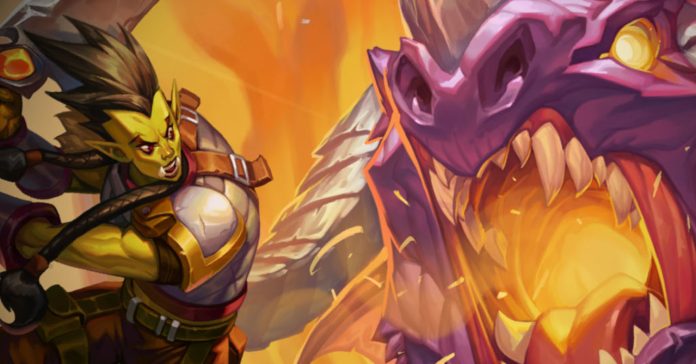 You don’t have a date during valentine’s week and throughout the month of love? Don’t worry, Blizzard’s Hearthstone is the only heart you’ll need to keep yourself busy with the all-new Onyxia’s Lair Mini Set.

Yes, but also no. It depends really on how invested you are in the current state of the game. The mini-set features promising new cards to play with as Blizzard is consciously trying to shift the meta to a more dynamic back and forth between players.

Onyxia’s Lair Mini Set feels more like a set-up for what’s coming rather than a game-changing addition to the game’s ecosystem. Does that mean it’s a pointless update? Far from it.

When it was first unveiled, a number of players believed that the set’s power levels were a bit too weak considering the current state of the meta. It was then later confirmed by one of Hearthstone’s game designers, that they intentionally made the cards “weak” because they want to lower the power level of standard gameplay.

After being dominated by swift OTK’s and high-power level aggro/ combo decks, there was little to no room for breathing or experimentation in most battles, especially when matching up against relatively experienced players. It felt like fights were one-sided for the most part. Blizzard is hoping to change that for this year. Will it be a worthwhile gamble? Or a miscalculated judgment call? So far, I think it’s going pretty well.

With some of the best sets like Ashes of Outland, Scholomance Academy, and Darkmoon Faire leaving the rotation later this year, the utility found in Onyxia’s Lair can lead to more varied gameplay. Some of these cards may be mid-tier for now, but I can see them going the distance with further updates and new cards to synergize with.

That’s not to say this is a completely missable set for now. One of the major things to come out of this release is that dragons are back baby! After nearly two years since Descent of Dragons, we’re finally getting another dragon-centric release. Dragons are cool okay? I like looking at them. And as expected, Blizzard’s art team does an amazing job with the visuals making it all the more sweet for their return. 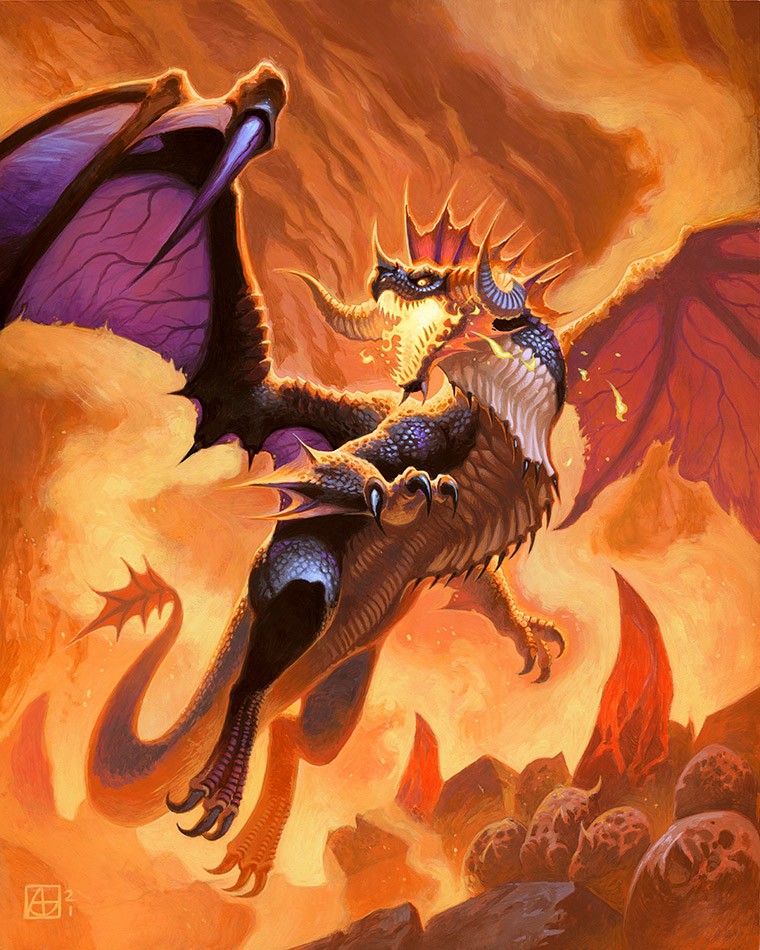 The card that is amidst the most in talks right now is “Kazakusan”. An 8-8-8 card that enables you to craft a custom deck of Treasures if all minions in your deck are dragons. Even though it may not be ideal against players who have aggro or combo decks, I can see “Kazakusan” being a fun card to play around with a control/ fatigue deck – should the meta shift to that playstyle later down the road. 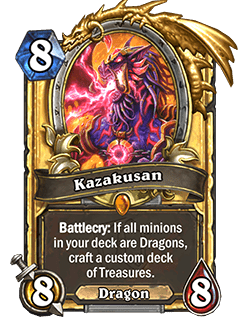 Another is “Onyxian Warder”. A 5-3-6 card that summons two 2/1 Whelps with Rush. It’s essentially a “Blackwing Corruptor” but a tad bit better. At first glance, it is a bit underwhelming for me but should a board-based gameplay loop become more popular throughout the year, this can be a useful part of your deck as you play for minions more than just killing each other from hand.

Other cards from the set such as “Don’t Stand in the Fire!” can also thrive in a board-centric meta. Deal 10 damage that’s split across all enemy minions? Don’t mind if I do. 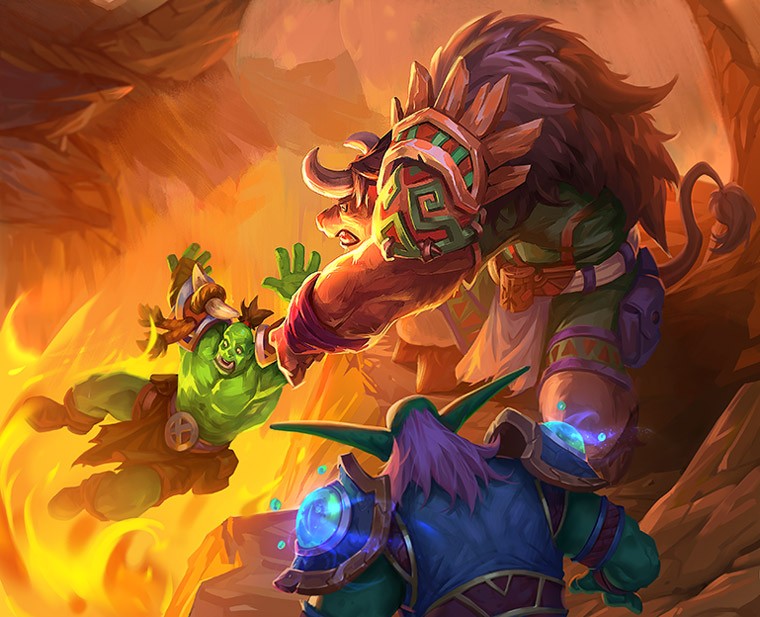 Some of the cards can also influence deck building in the next coming months. The mage seems to favor a control deck with a card like “Deep breath”. Paladins now have more chances to provide buffs with the likes of “Stormwind Avenger”. And a personal favorite of mine, temple warriors get to have a bit more fun with a control archetype with cards like “Onyxian drake” and “Hit It Very Hard”. Why is it my favorite? It sounds cool.

“Impfestation” seems to be ignored for the most part by the community. It’s a fel spell that summons a 3/3 Dread Imp to attack each enemy minion. Honestly? It sounds fun to use to me. But then again, I’m not exactly a Hearthstone competitive player so it could be as bad as people say it is.

Overall, I don’t see a reason why you wouldn’t get the set especially if you’ve been a regular player of Hearthstone. It provides interesting tools to build a promising year ahead for the title. 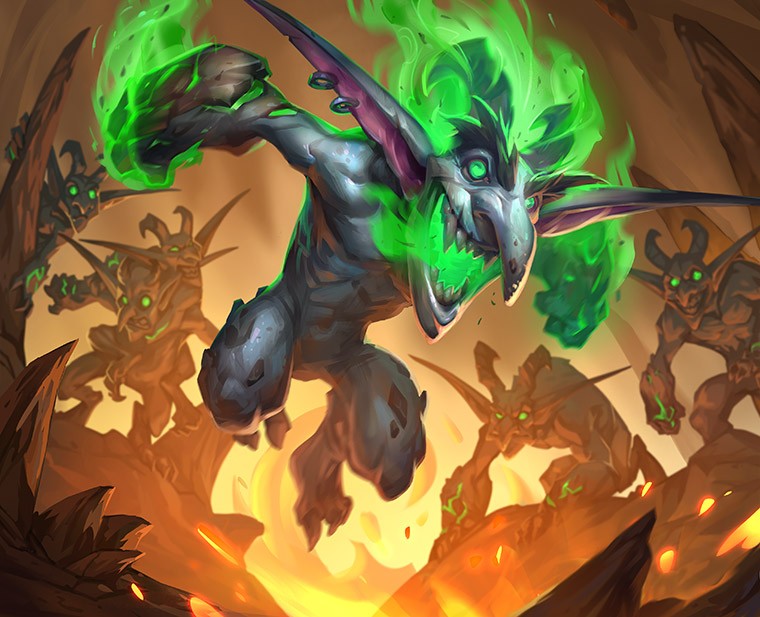 If you’re just a new player jumping in, maybe this is a bit harder to sell. The game is deceptively easy, but it has layers of depth once you really get into it. I suggest you test out the waters first in practice modes and the like to see if the gameplay loop clicks for you. Even though it’s just AI, it can still give you a run for your money.

I can see Onyxia’s Lair Mini Set to be an interesting deal for veterans on the aspirational things it can bring to deck building with further updates. If Blizzard commits to this new direction for the franchise and releases more cards that complement well to what we see here rather than feeding more into the power creep that has turned off long-time fans, Hearthstone’s future is something to look out for.

Onyxia’s Lair Mini Set is a great addition to the game based on what it offers later down the road. With dragons back in the mix and a number of cards providing a lot of potential to shake up the meta into a more enjoyable experience, it’s hard to not recommend this to already active players of Hearthstone