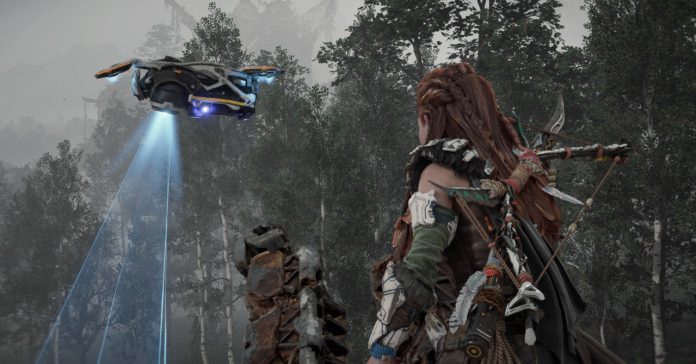 In Horizon Forbidden West, there are lots of collectibles to get in the game, and among them are survey drones. Specifically, there are 10 survey drone locations where you can grab a hold of their data and deliver them to your base.

Now, if you’re going on a completionist run, you might be wondering where these drones are in the game’s large open world. In case you need some help getting them all, here is a list of all Survey Drone locations in Horizon Forbidden West.

This list will show the place on the map where they are, as well as how to get them one you are in the area. 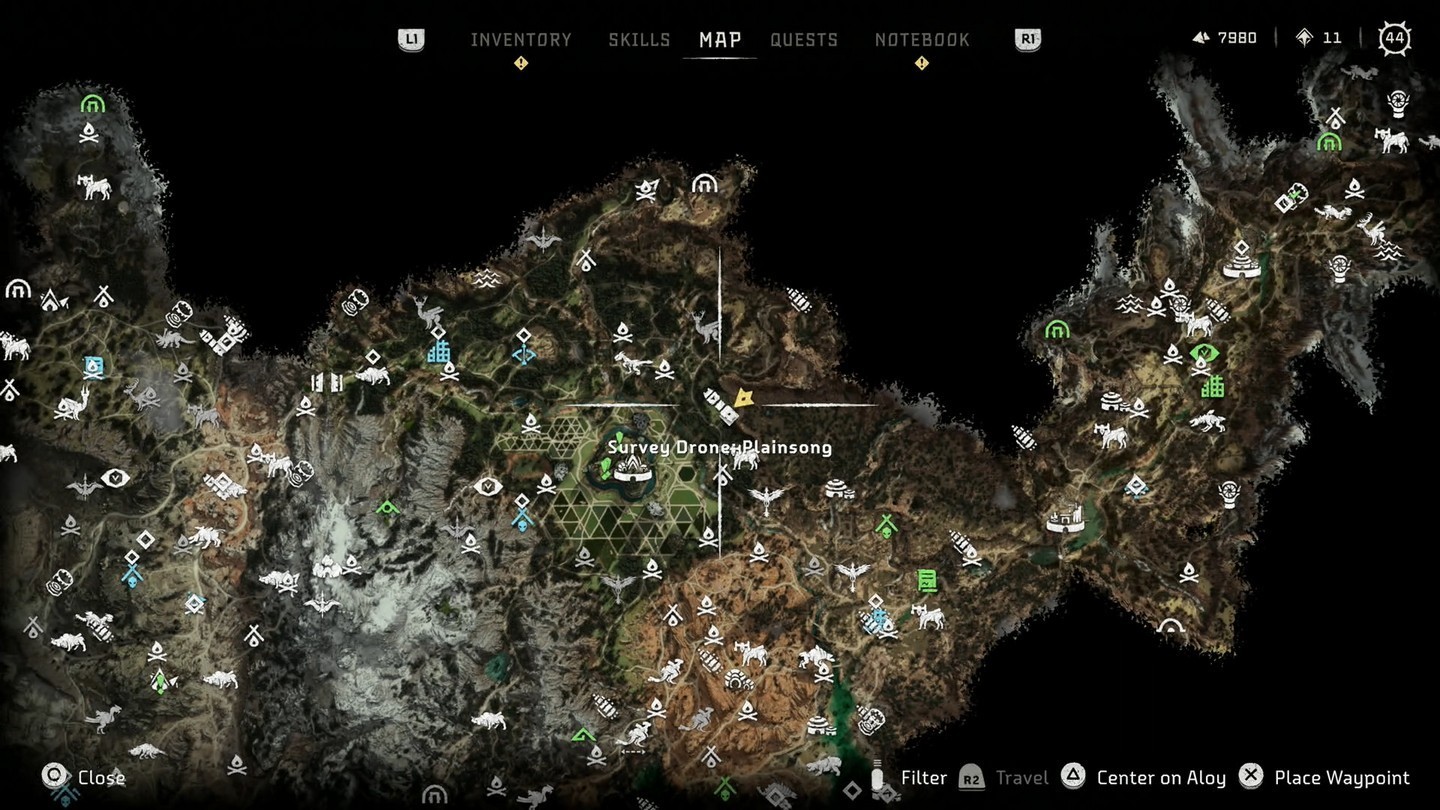 First up is a survey drone to the northeast of the Plainsong settlement. When you’re in the are near the survey drone, you can climb up some ruins and go to this particular spot so you can jump to the drone: 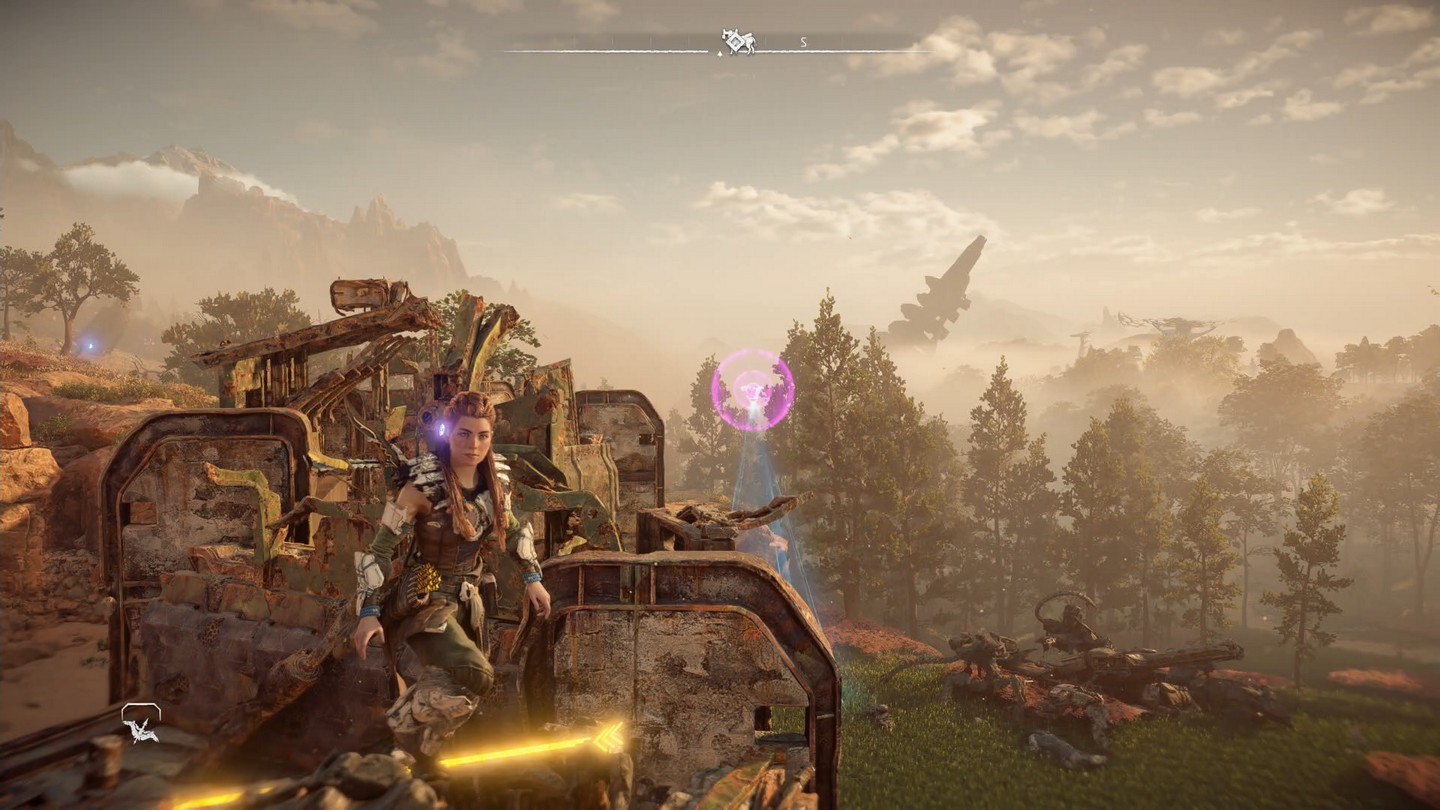 Take note that there are some machines nearby, so you may want to clear them first before getting to the drone. 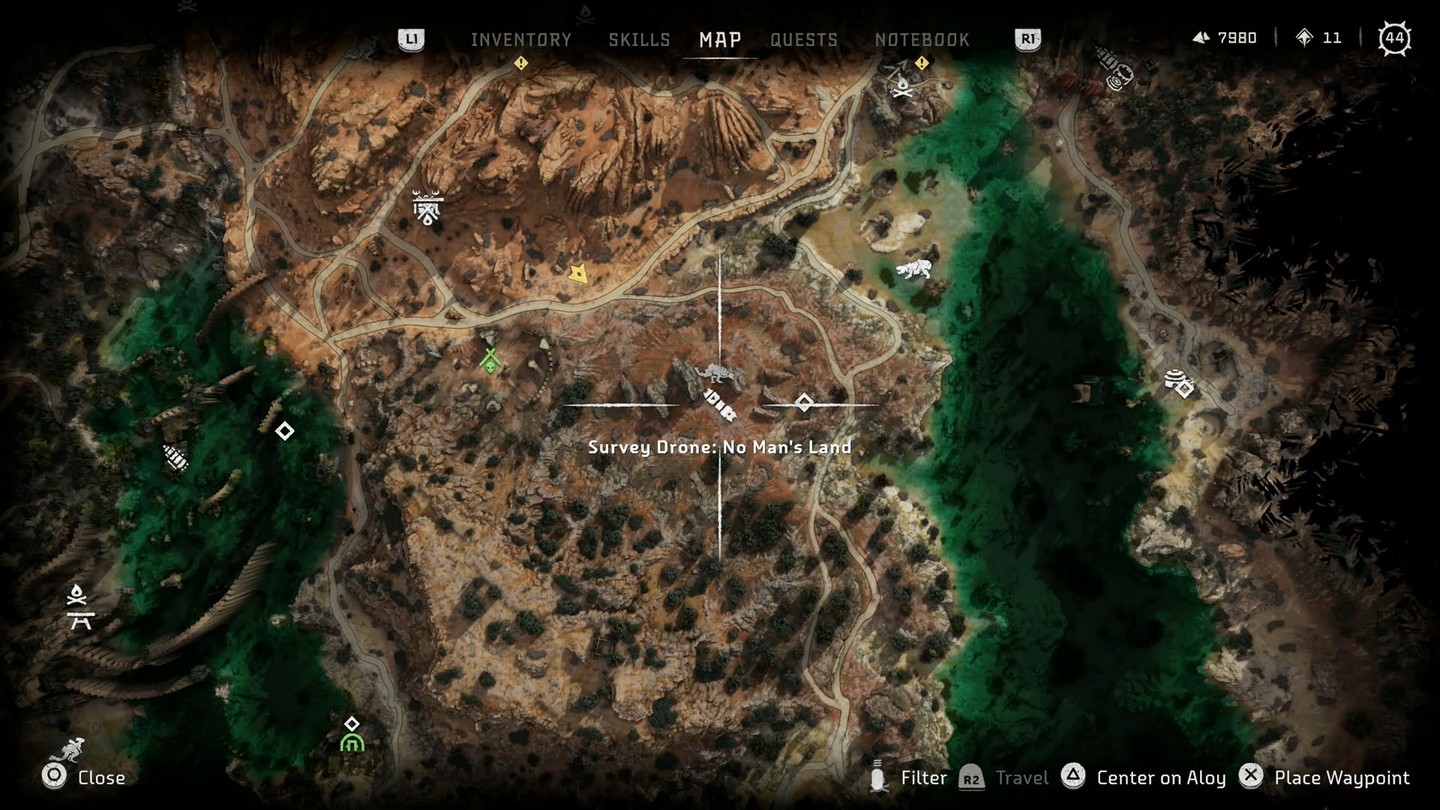 Next up is in No Man’s Land which is to the south of Plainsong. This drone can be found near a Thunderjaw site, so you may want to defeat this Thunderjaw first as it may get alerted to your presence if you go to the drone. 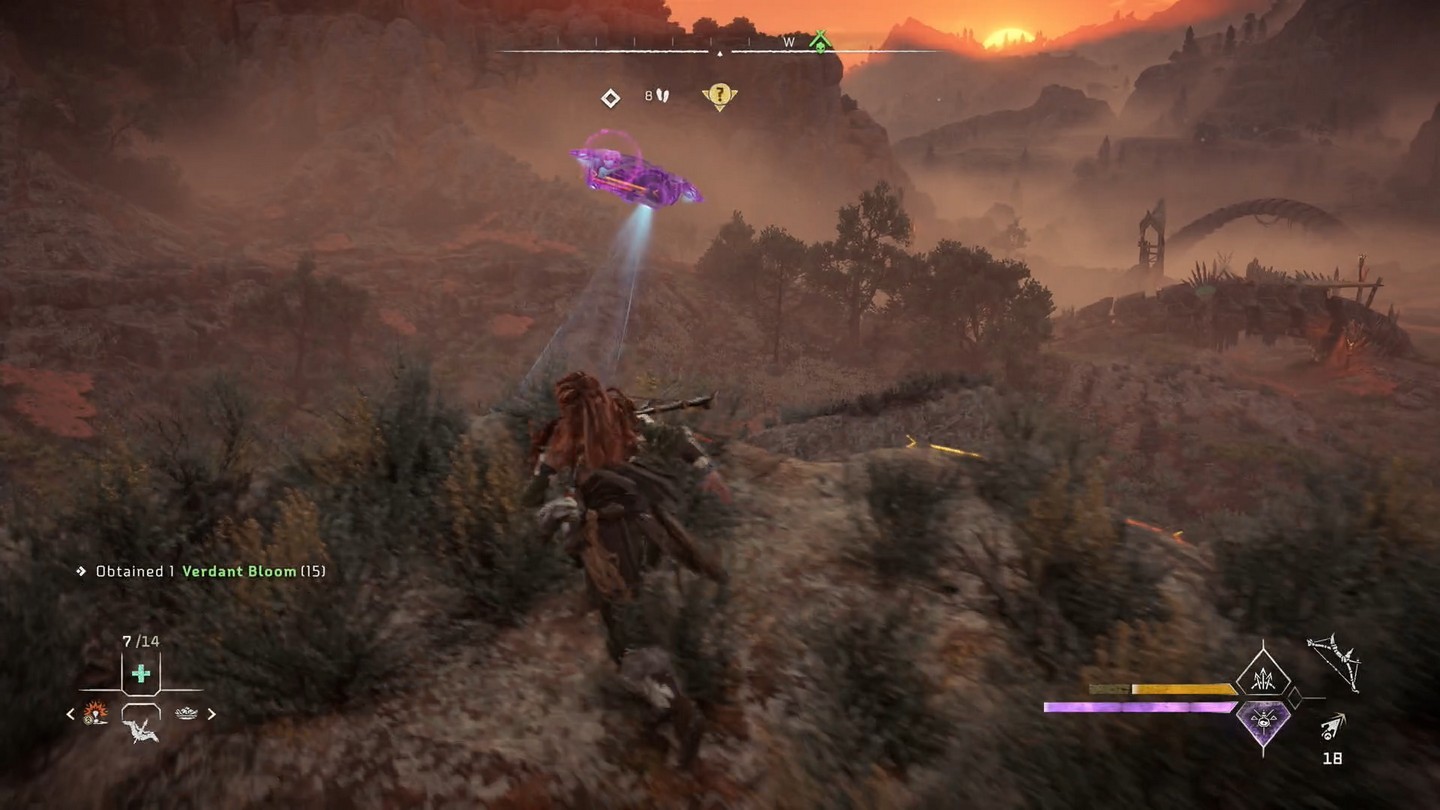 This drone can then be spotted above a rock formation that you can climb beside the Thunderjaw site. 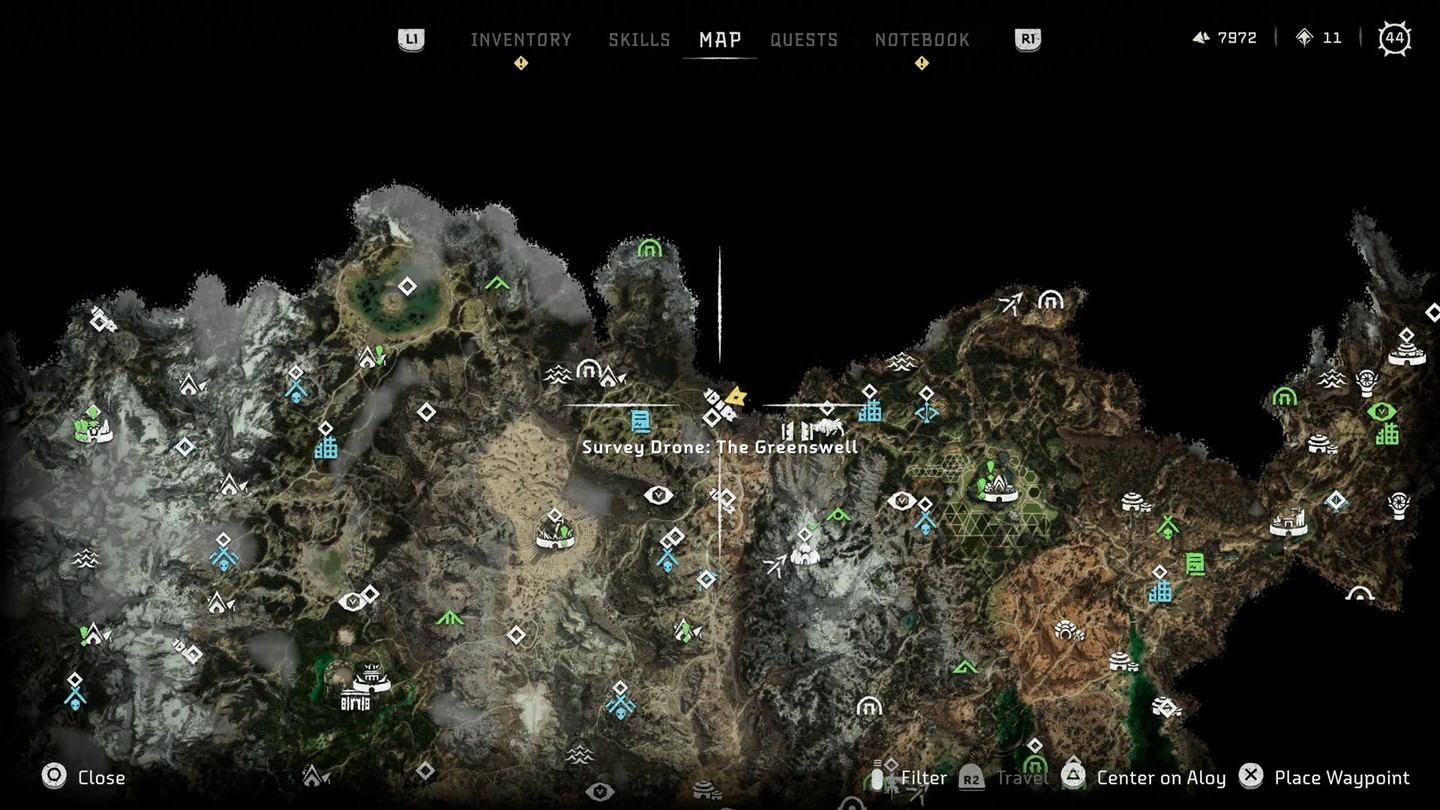 The third location is in The Greenswell which is in the upper middle part of the map. Specifically, the drone can be found circling a campfire. 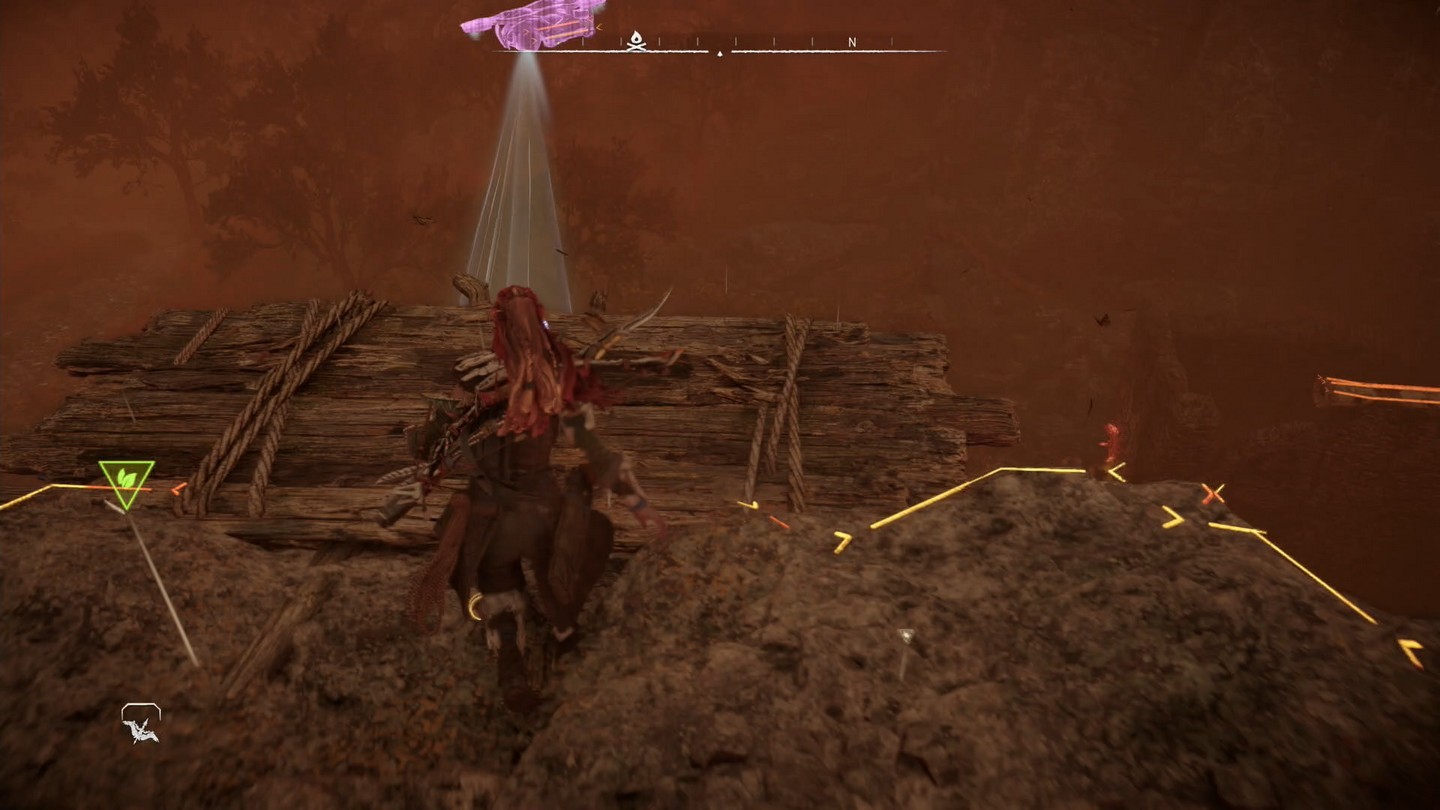 When you’re in the campfire, you can climb up a cliff until you see the structure in the image above. Just wait for the drone and jump to it once you’re here. 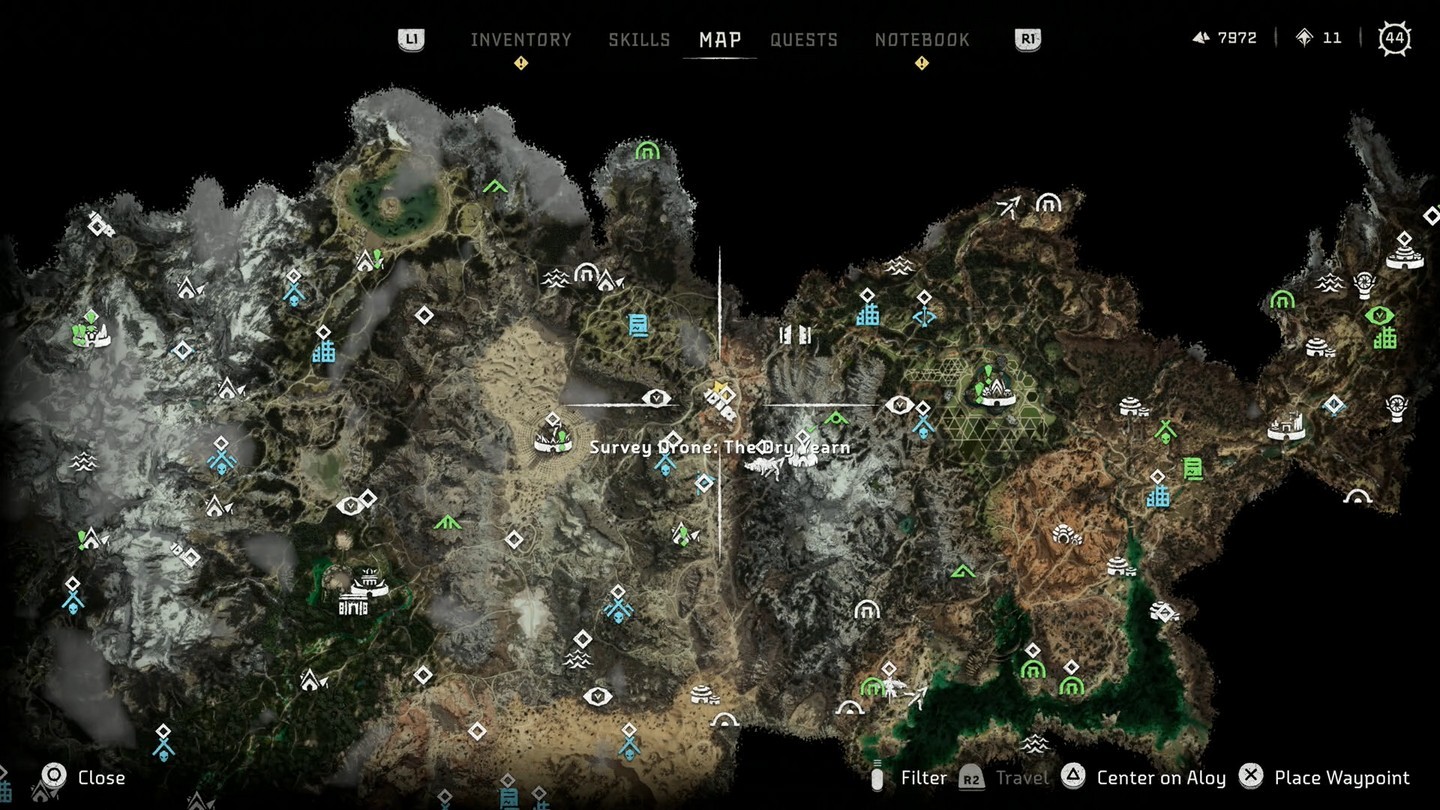 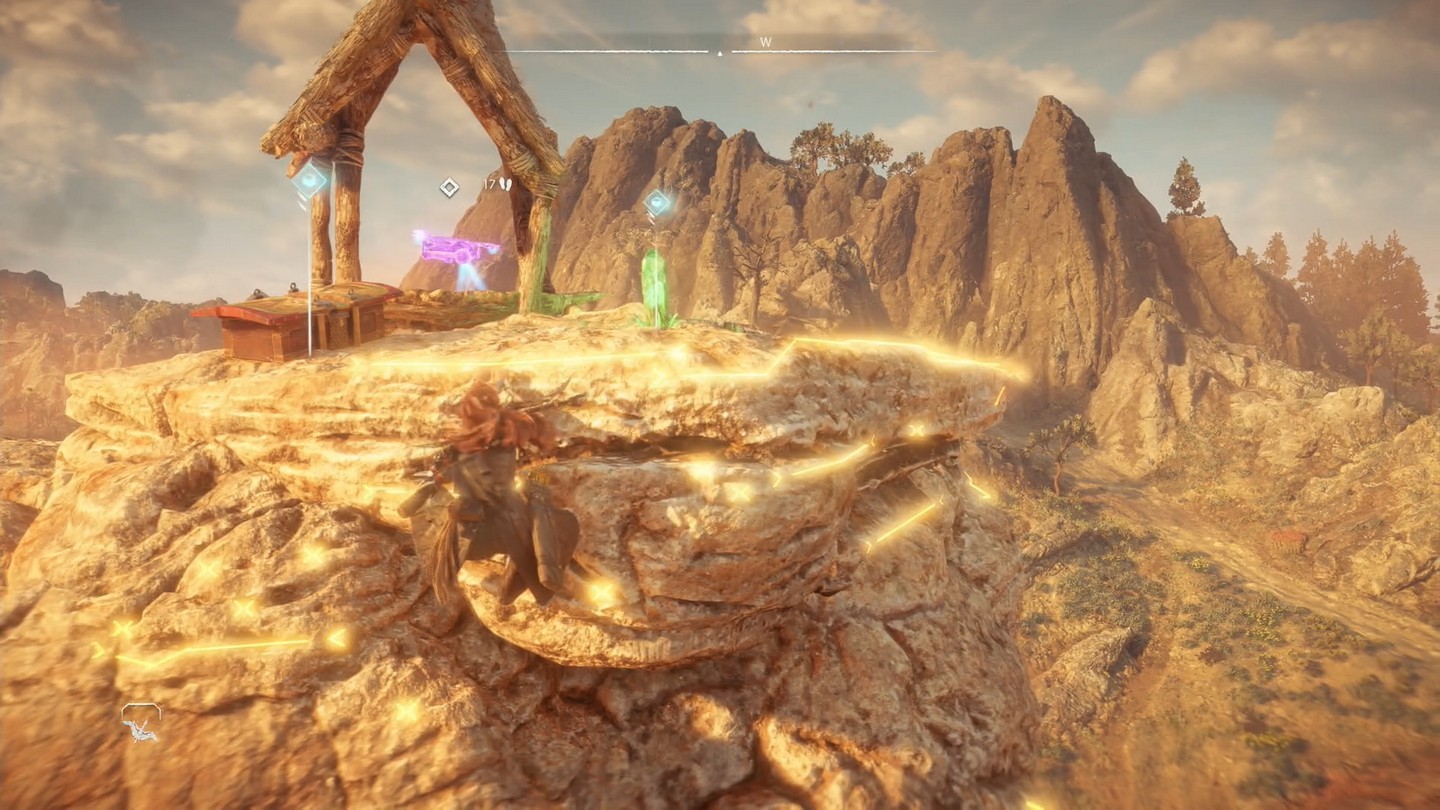 The drone can be found near a machine site, though you can safely get to it by climbing up some rock formations without alerting the machines. 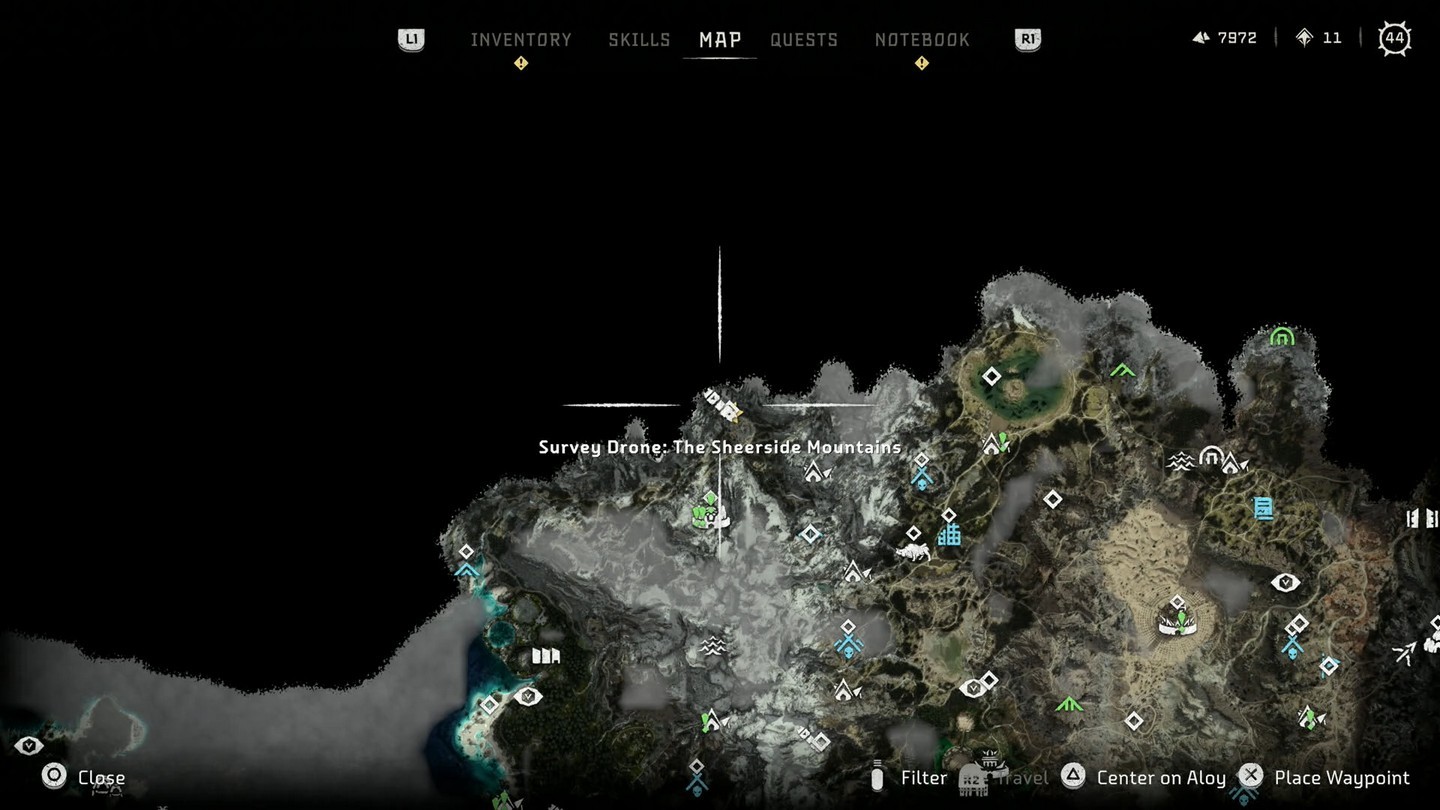 The next drone is in the Sheerside Mountains. 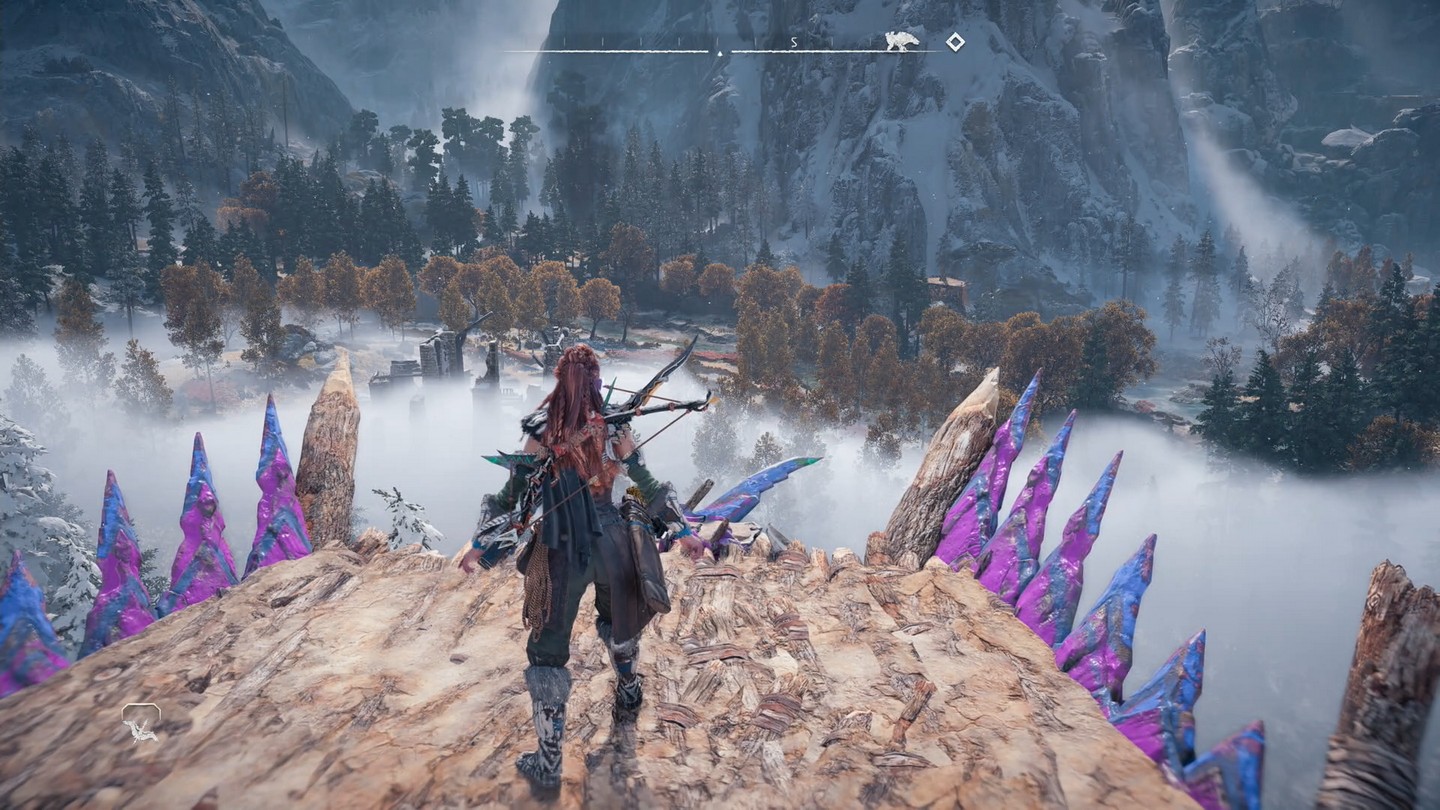 It’s fairly easy to get to. Just climb up a structure that you will clearly see in the map. No need to face off against machines. 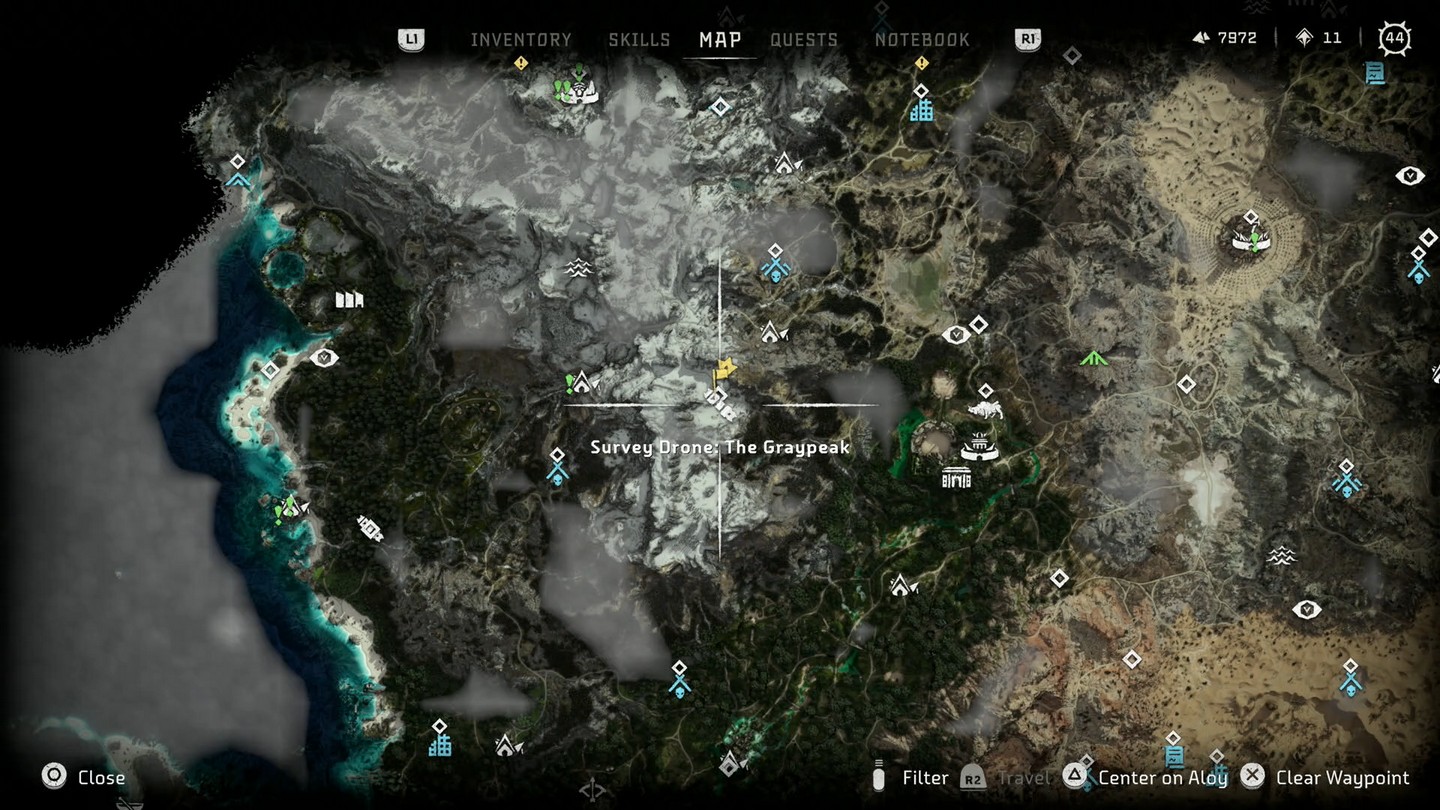 The sixth survey drone is in the Graypeak at the above location. 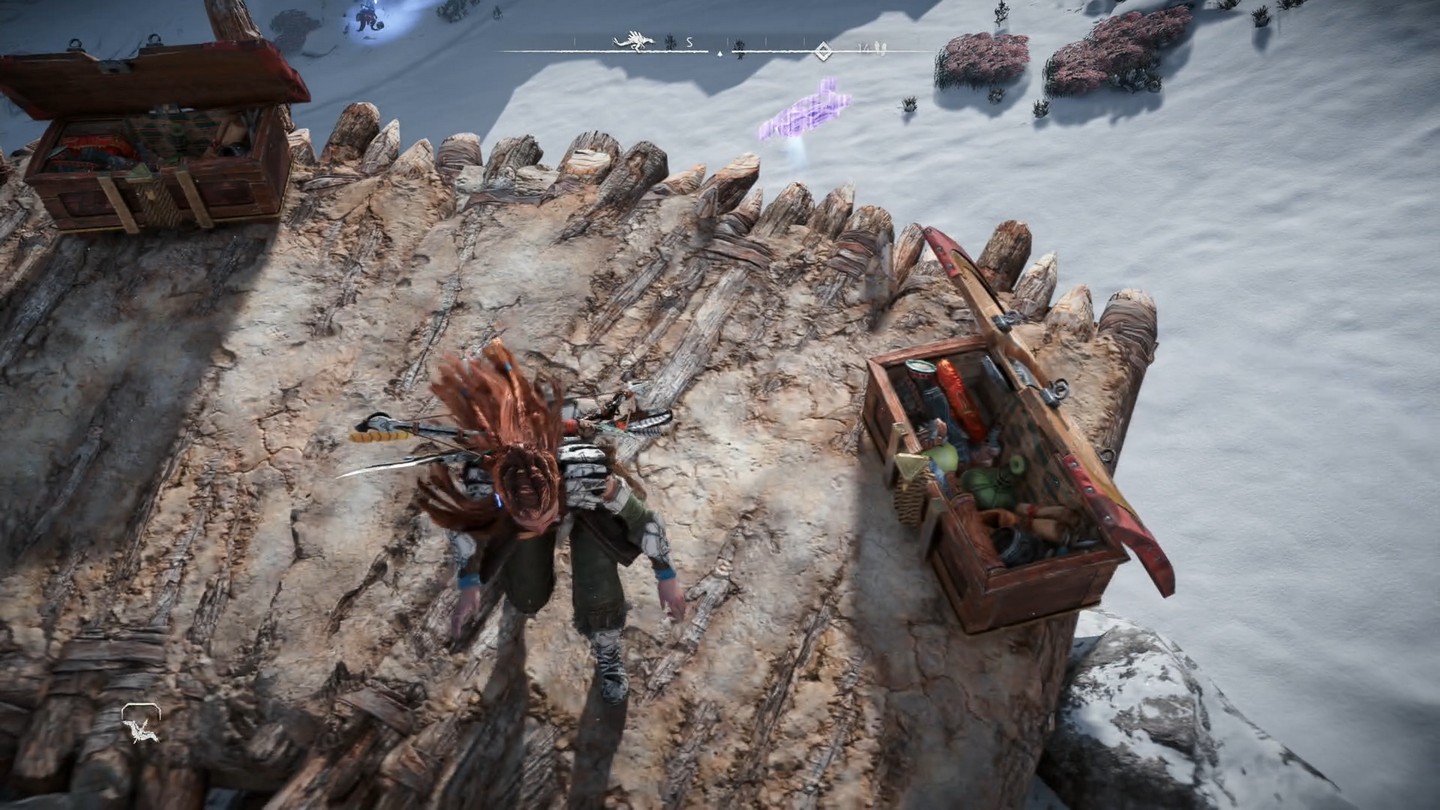 This drone is found near a Slaughterspine site. Thankfully, you wont’ have to fight the machine as you can get to the drone by waiting for it to stop near this platform. 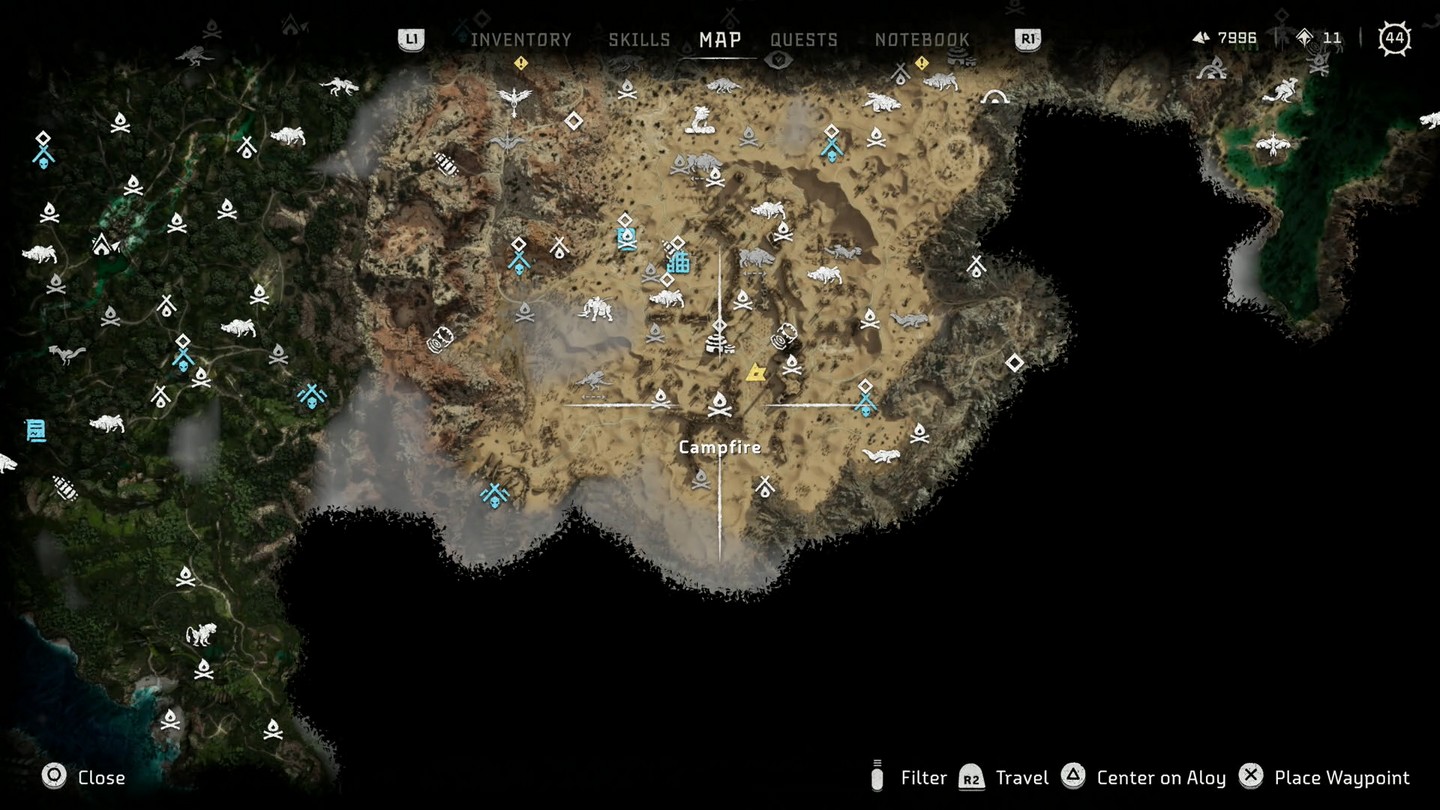 The next drone is in the Daunt, the game’s desert area. 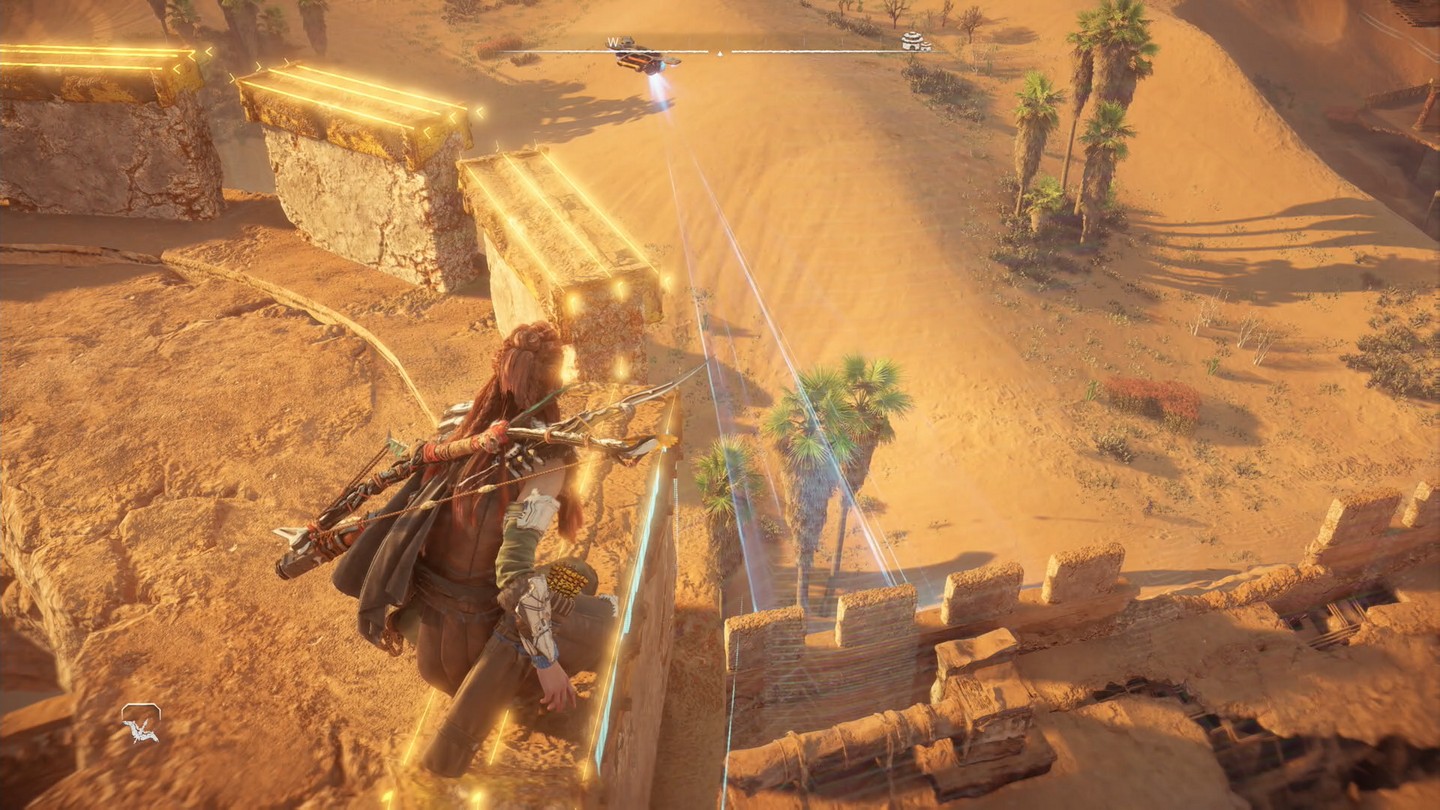 You’ll need to climb up a ruined building and get to this specific location. You can then wait for the drone to make its way here and then jump to it. 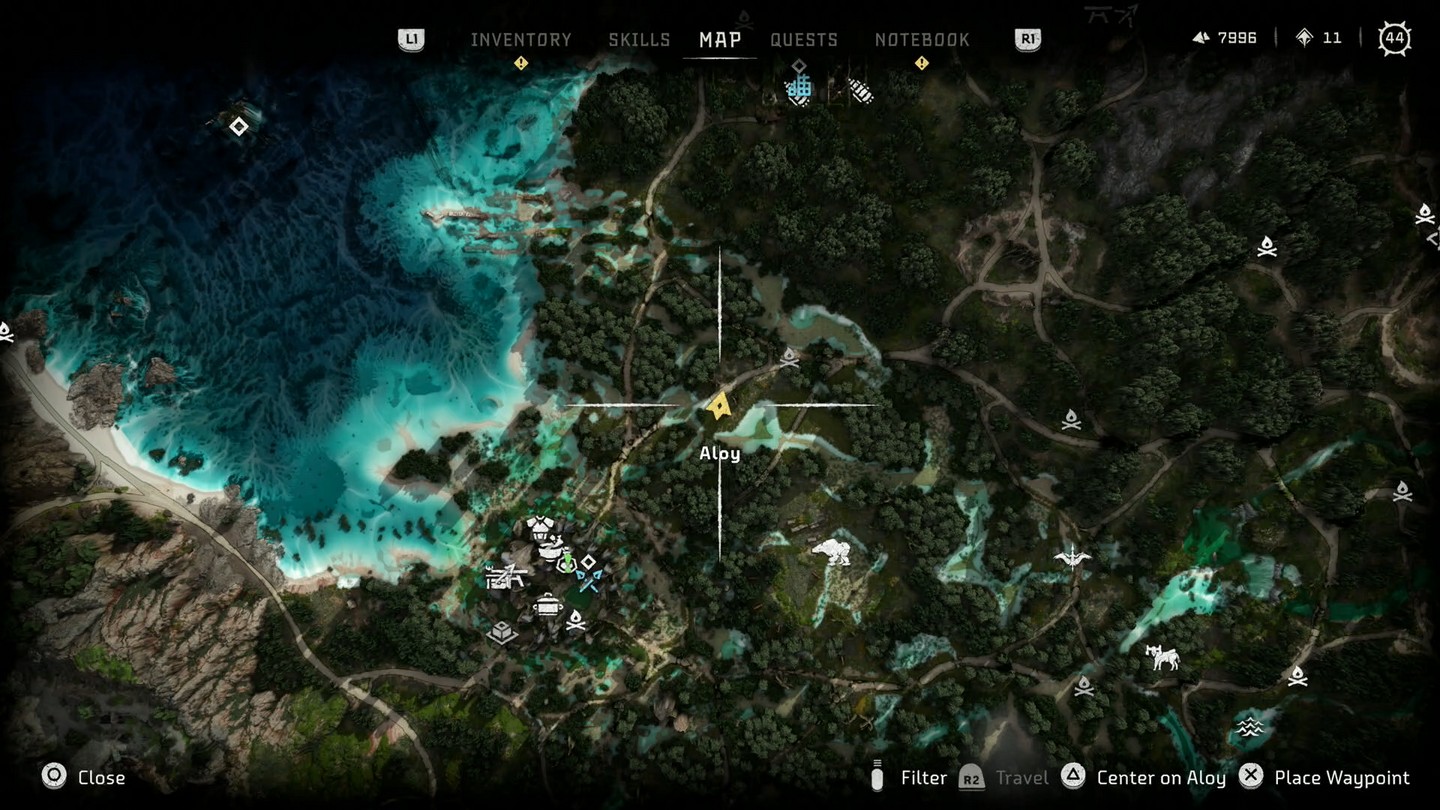 Next is the drone near Thornmarsh. Specifically, it can be found to the northeast of the Thornmarsh settlement. 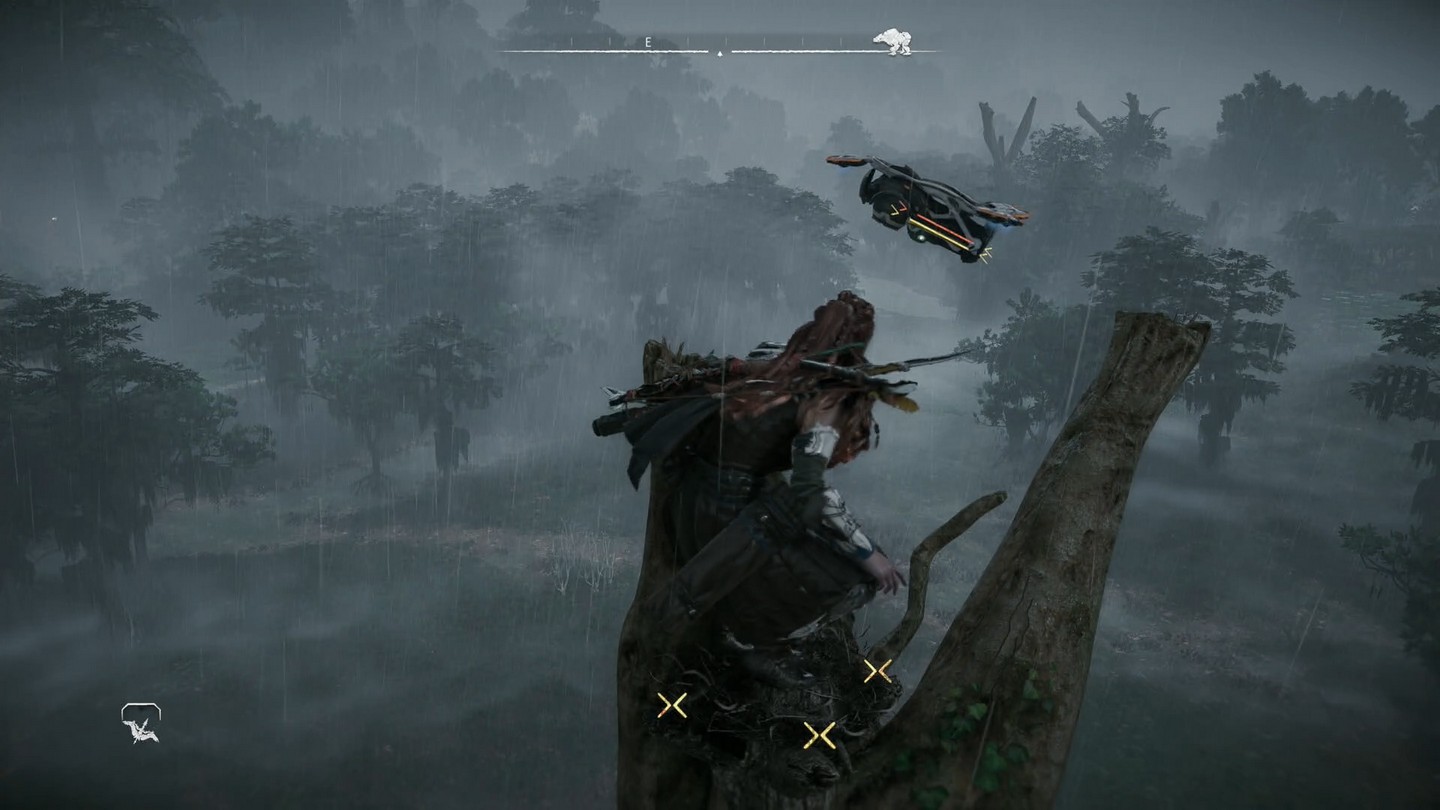 When you get to the drone’s area, simply climb the trees up to the highest point. Once here, you can jump to the drone.

#9 – The Stand of the Sentinels 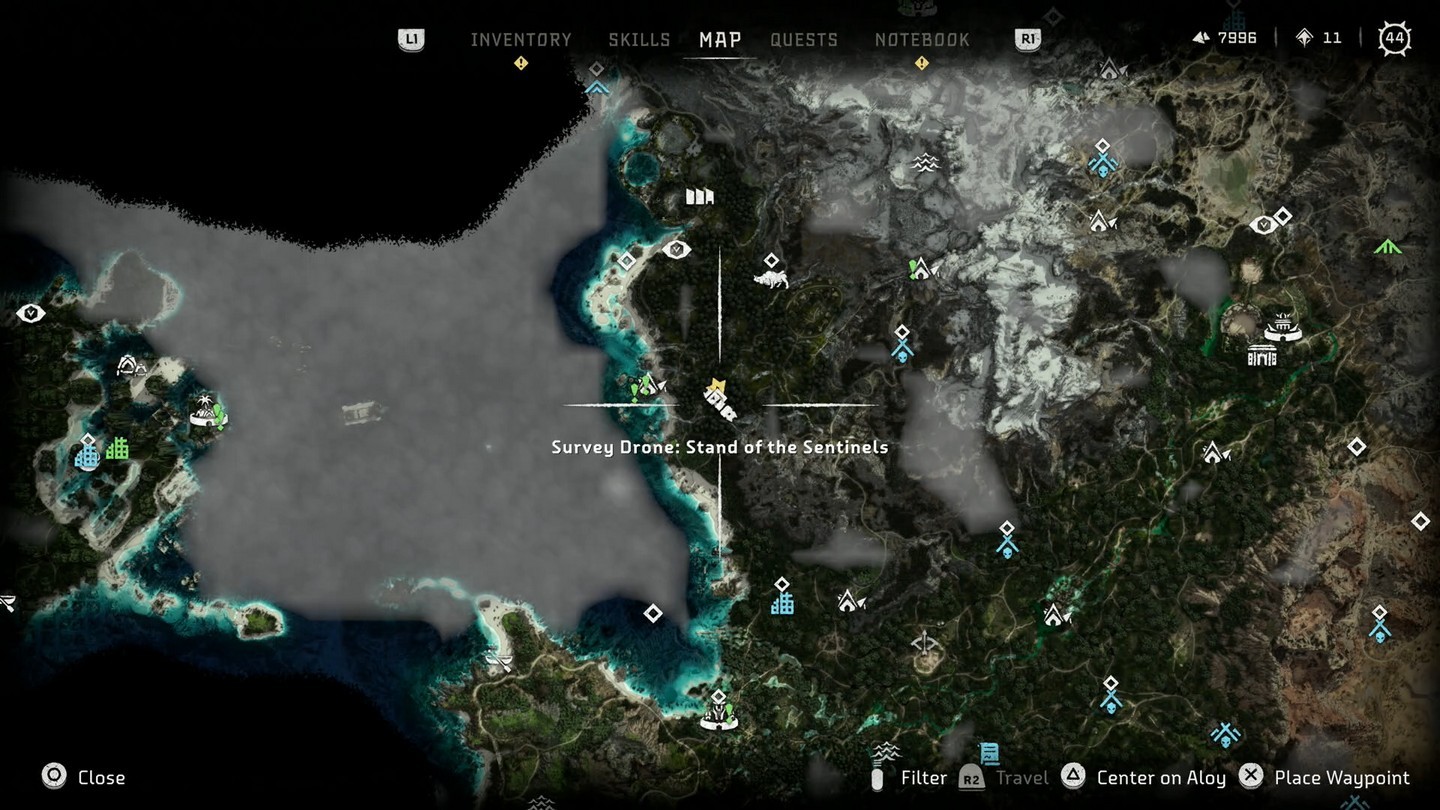 A survey drone can be found in Stand of the Sentinels at the above location in the map. 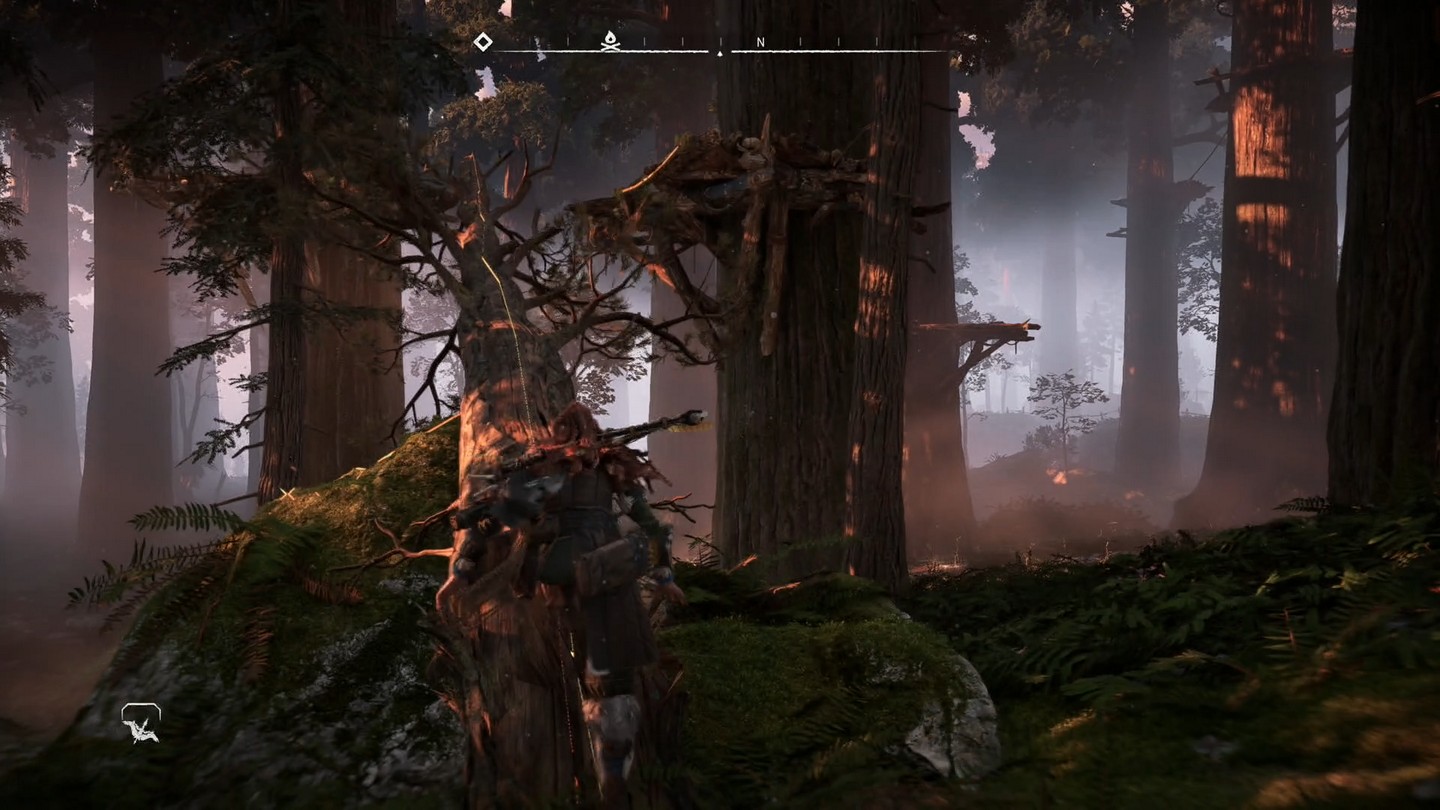 It might seem a bit tricky to get to at first, so you should start by jumping up the trees via this fallen tree. Follow the platforms up until you get to the end, then you can jump to the drone. 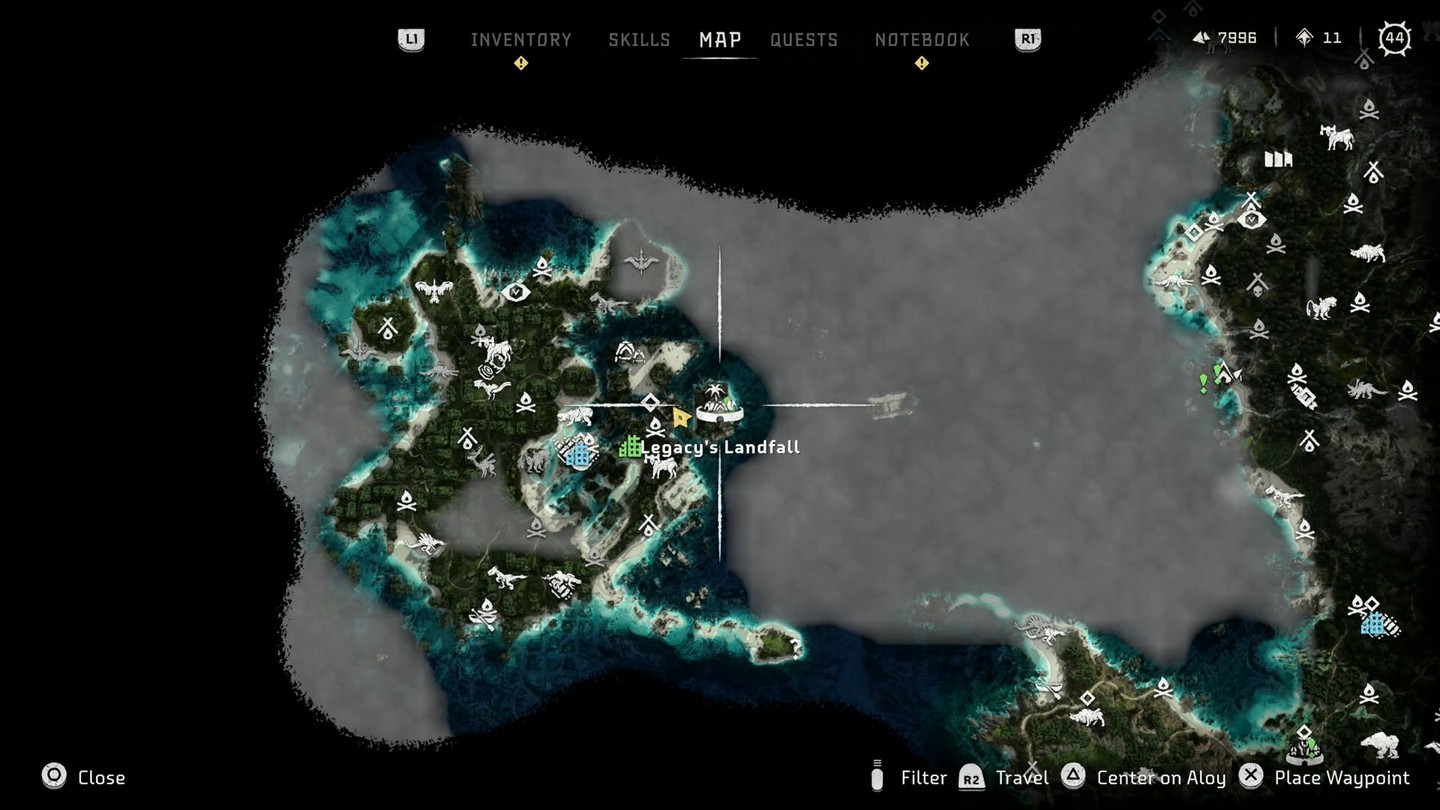 The final survey drone in Horizon Forbidden West is in the Isle of Spires at the westernmost point of the map. It can be found just outside the Legacy’s Landfall settlement. 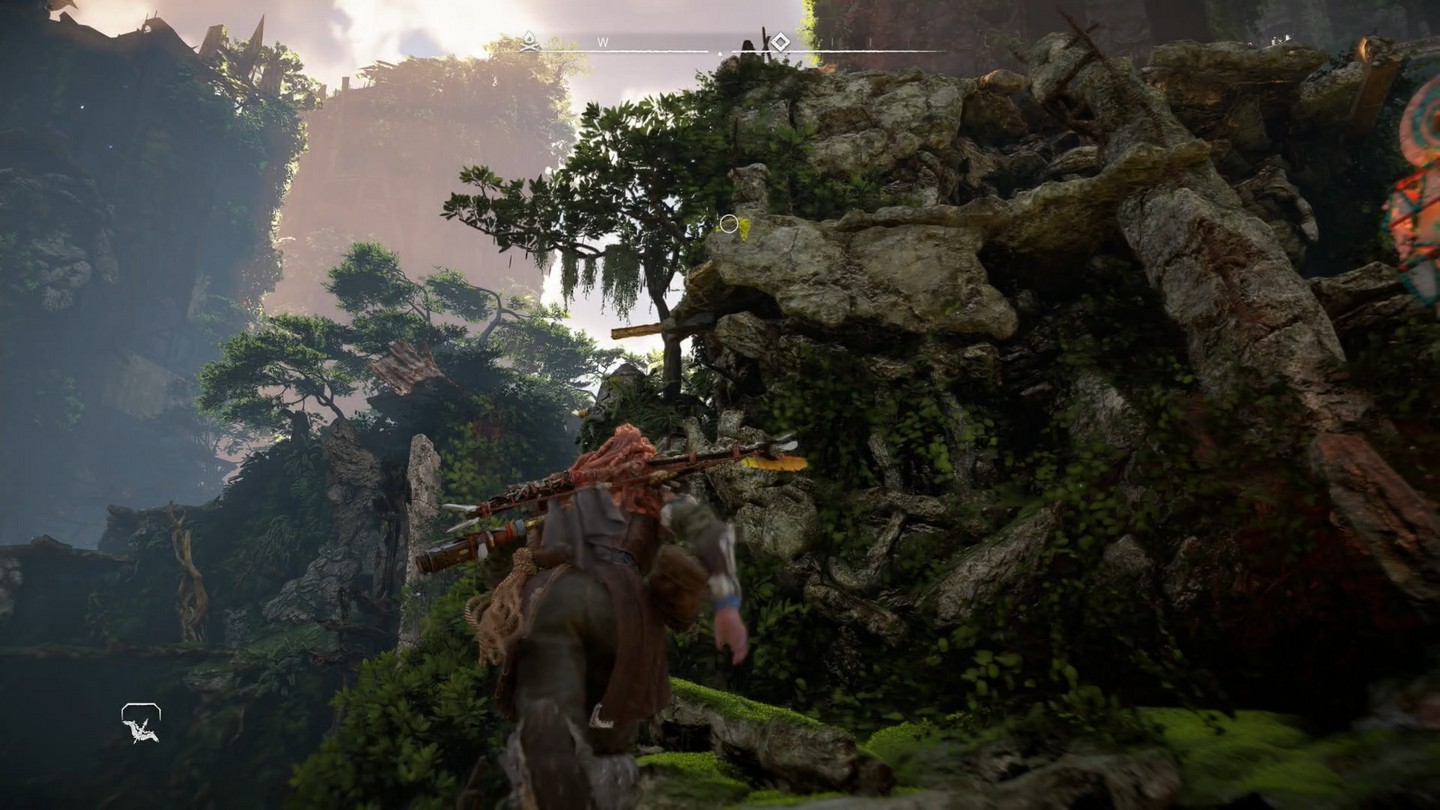 Once you’re there, climb up this area and follow the path up. You should then see a ledge where you can jump to the drone.