Hitting the goal on June 10. 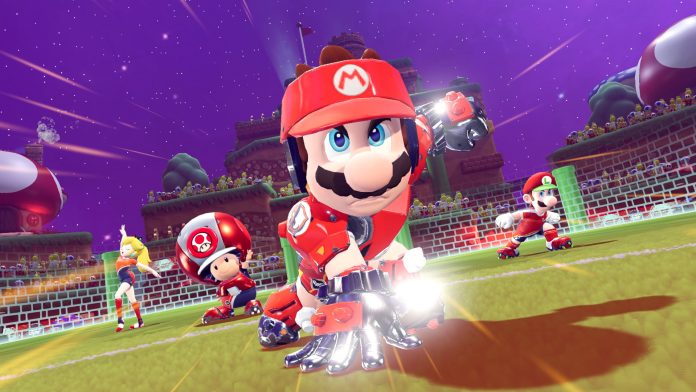 Based on the feature, this sure looks to be a fun alternative from Super Smash Bros. Ultimate, where these characters are known to bash skulls with one another and knock them off the stage. The marriage between an arcade-paced soccer game with Smash sensibilities is a nice change of pace, especially when you can kick it out with 7 other players.

Tackle, Pass, and Score in Battle Soccer with the Mushroom Kingdom Gang

Introducing Strike, a five-on-five, soccer-like sport with no rules—do whatever it takes to win! Get gritty and try to score the most goals by tackling enemies, using items, and pulling off score-boosting special shots. Super Mario series mainstays like Peach, Toad, and Yoshi put their cleats (and stats) to the pitch and will stop at nothing to score. Customize your characters with gear that can augment their stats and appearance. Take the carnage online* or pass the ball to players locally—just look out for the electric fence.

Interesting enough for me, as the game seems to feel like a marriage between an arcade-style football and Smash. And with its multiplayer aspect, this seems like a fun alternative from these characters who are always seen bashing skulls with one another in Smash Bros.

Band together with up to 20 strikers online and compete against other clubs for points. Find the right club for you, team up with friends, and bring your own striker style to the table. Strive to become the world’s top club each season!

Pummel the Pitch With up to Eight Players

Eight players can go for the goal on one Nintendo Switch system, with local wireless, or online. Bring along a secondary striker on the same system in online battles, too. Locally, four players on each team can go cleat-to-cleat in individual matches. 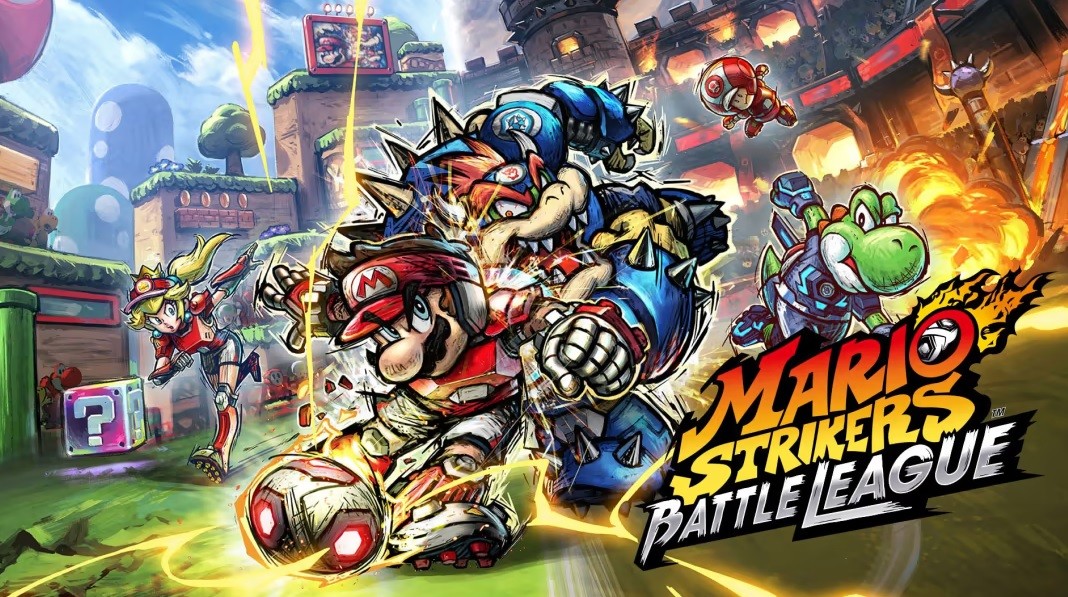 Mario Strikers: Battle League will release on June 10 for the Nintendo Switch.