We finally have a Stranger Things Season 4 release date! 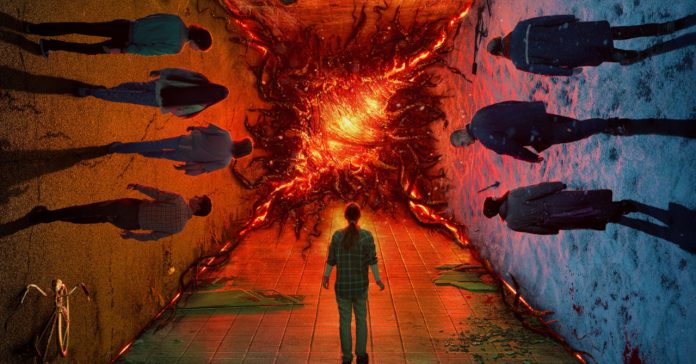 It has been nearly three years since the release of the third season, and finally, Netflix has announced that Stranger Things Season 4 will be released in two parts. The first half of the season will release on May 27, with the next releasing on July 1.

The season’s release date was revealed in a letter from series creators, the Duffer Brothers. In their letter, they mentioned how the series’ fourth season is longer, necessitating the split release. Along with this, they also confirmed that season 4 is the show’s penultimate season, meaning Stranger Things will end on season 5.

Here is the Duffer Brothers’ letter: 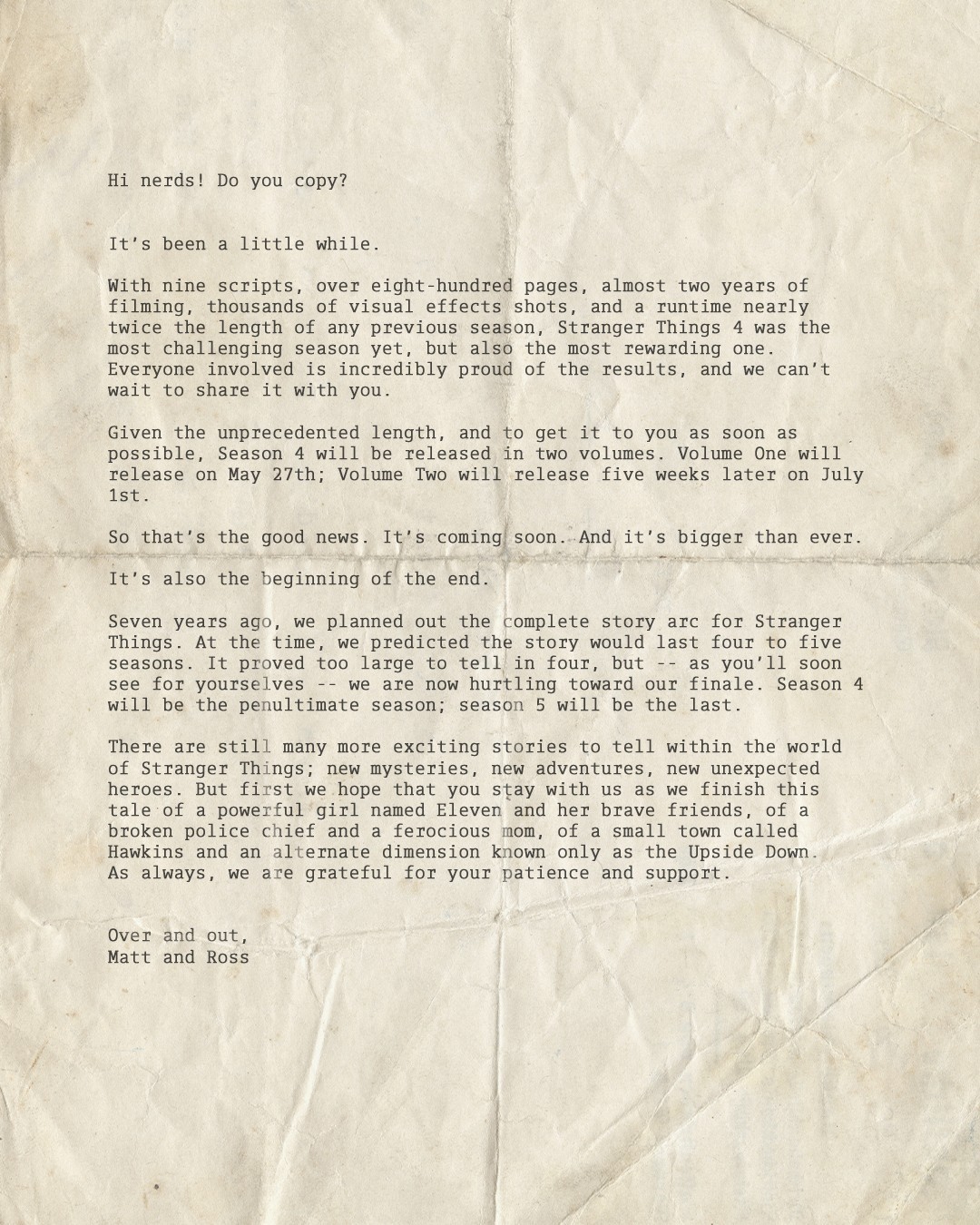 To go along with the season’s upcoming release, Netflix has shared the official key art and new posters for the show. Check them out here:

Stranger Things Season 4 is described by Netflix as:

Stranger Things 4 Volume 1 premieres May 27 and Volume 2 premieres July 1. While the season is split into two, Season 4 will have a total of nine episodes.