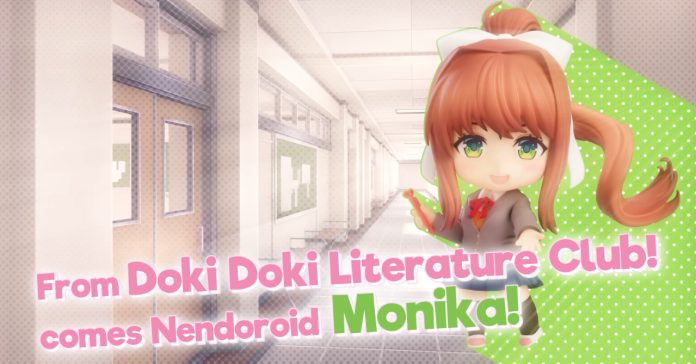 Check out their official announcement below

The news first broke down via Goodsmile’s Mini WonHobby panel at AX Lite. You can also check their original announcement over at Twitter below, which showed the original prototype of the figure.

You don't need to restart your PC to view this update. Nendoroid Monika from "Doki Doki Literature Club" has her first update as a gray sculpt since her original reveal. Stay tuned for more details soon!#GSCSmileFest #goodsmile pic.twitter.com/4n3HN0q8fN

You can pre-order Nendoroid Monika starting February 14 over at Good Smile Company’s official website. Alternatively, you can also check your friendly local game stores for availability.

In case you’re unfamiliar, Doki Doki Literature Club (DDLC) is a visual novel released back in 2017, and it became one of the most popular games of that year. While the game seems like your standard dating sim visual novel, DDLC is far from a typical dating sim as it features psychological horror elements. If you haven’t played it yet, you have been warned.

As for Monika, she is one of the game’s main heroines, and is easily the most infamous of the cast. If you haven’t played the game yet, you’ll find out why when you give DDLC a go.