Rainbow Six Extraction Review | Time to mop up some Mold

A tactical shooter with a solid concept but with flaws in execution. 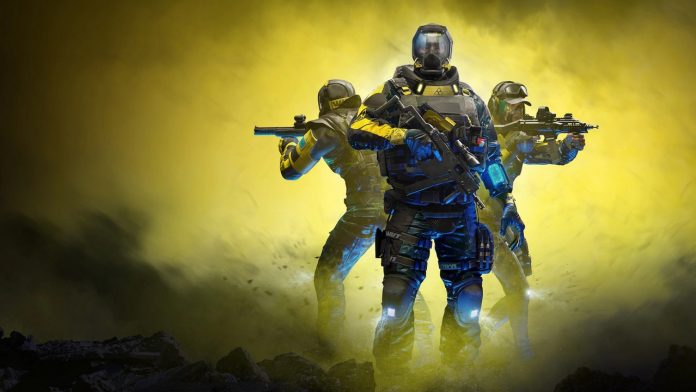 Rainbow Six Extraction got me excited since Rainbow Six Siege always fascinated me, particularly the tournaments as I enjoyed watching both sides barricade windows and walls or sieging a small fortress of the opposing team. It’s entertaining to see a tactical multiplayer-shooter where planning and coordination is of the utmost importance compared to other shooters.

So, I got surprised when Extraction was revealed as it is not exactly the same Rainbow Six that I know, but rather has a unique take on the old franchise. 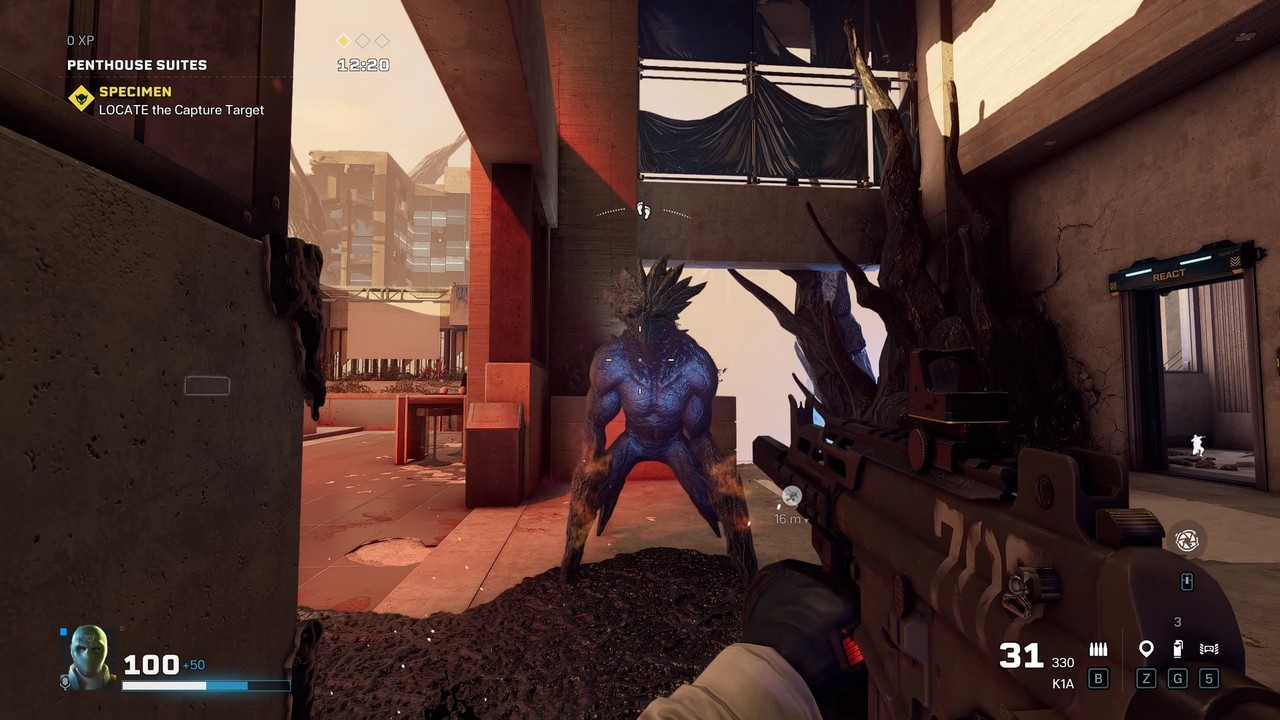 Rainbow Six Extraction story takes place in an alternative timeline where otherworldly invaders known as the Archaeans take over Earth, bringing death and destruction in their wake, and of course, molds covering and infecting anything that they get in contact to. A paramilitary organization known as REACT took the responsibility to learn more about these strange invaders by taking samples and eliminating them based on what they learned. They send agents or operators in the hot zones on those missions with the mindset of “no one is left behind” during each mission. 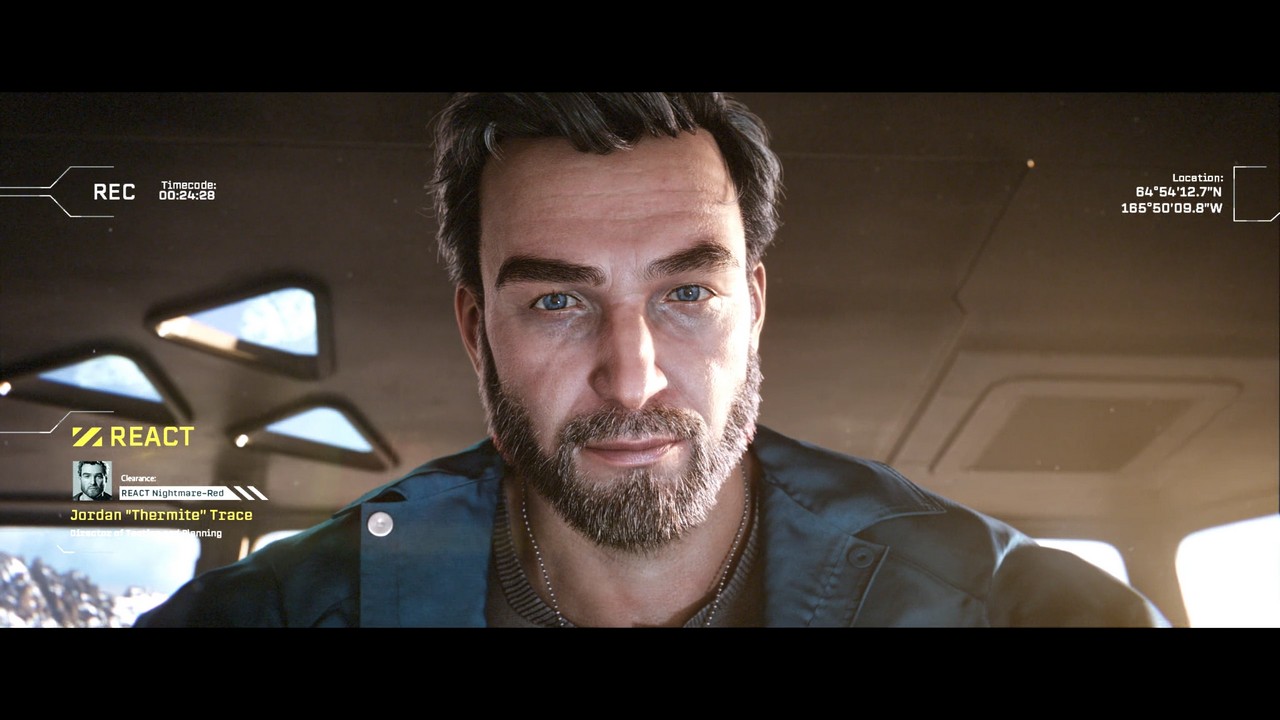 Extraction’s plot has little context on the events of the game, just like what little we know about the invaders, so from what I just said above, that’s everything that the story offers, with just a few bits of dialogue scattered from the maps and research entries in the menu. Cutscenes do exist, but they are fairly short, and I admit I can’t feel any tension or urgency of the situation based on how each cutscene was presented (most of it were recorded messages). This makes the story part of the game less engaging and a bit bleak in terms of context; all we know is “alien bad shoot’em”. Although I never took Rainbow Six as a franchise that focused on its in-game lore or world-building, maybe this is Ubisoft’s attempt at venturing into new territory for the whole Rainbow Six franchise so they have a lot of work to do when combining the gameplay and storytelling. If you were wondering why Extraction suddenly shifted to a Sci-Fi shooter, the whole plot was based on a past in-game event, which is nice since they tried to expand it as a spin-off entry. But currently, don’t expect much from Rainbow Six Extraction story and stick to its gameplay. 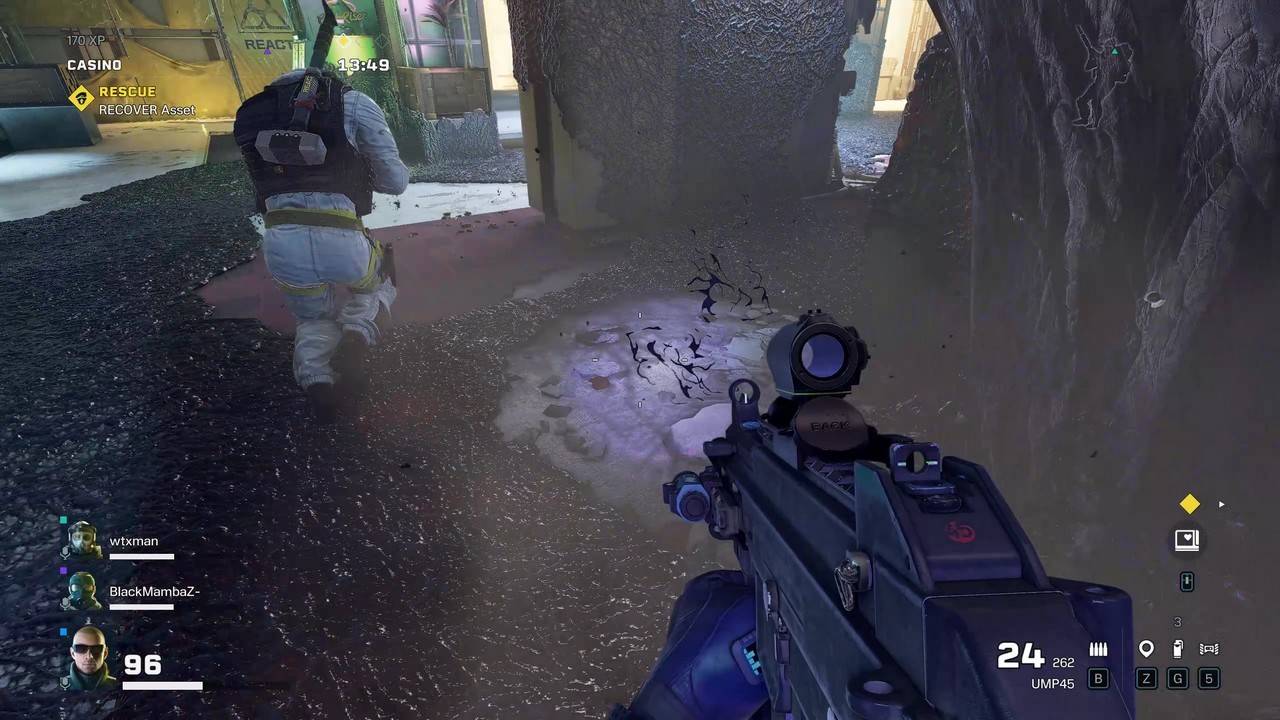 Have you ever heard this joke about the forgotten food in the fridge that started to grow mold and will eventually have a life of its own? It turns out molds do grow life, at least in the R6 Extraction universe. The last time we had a mold problem in a video game was from Resident Evil 7, and from that experience, this is not the friendly kind.

The mold monsters the Archaean will tear you apart and maybe take you on their nest to be absorbed and be part of their crew. Some say they look generic, but for me, they look fine, and they even remind me of the enemies from Prototype. What I find frustrating about these enemies is their inconsistency during missions (which we will get to later). 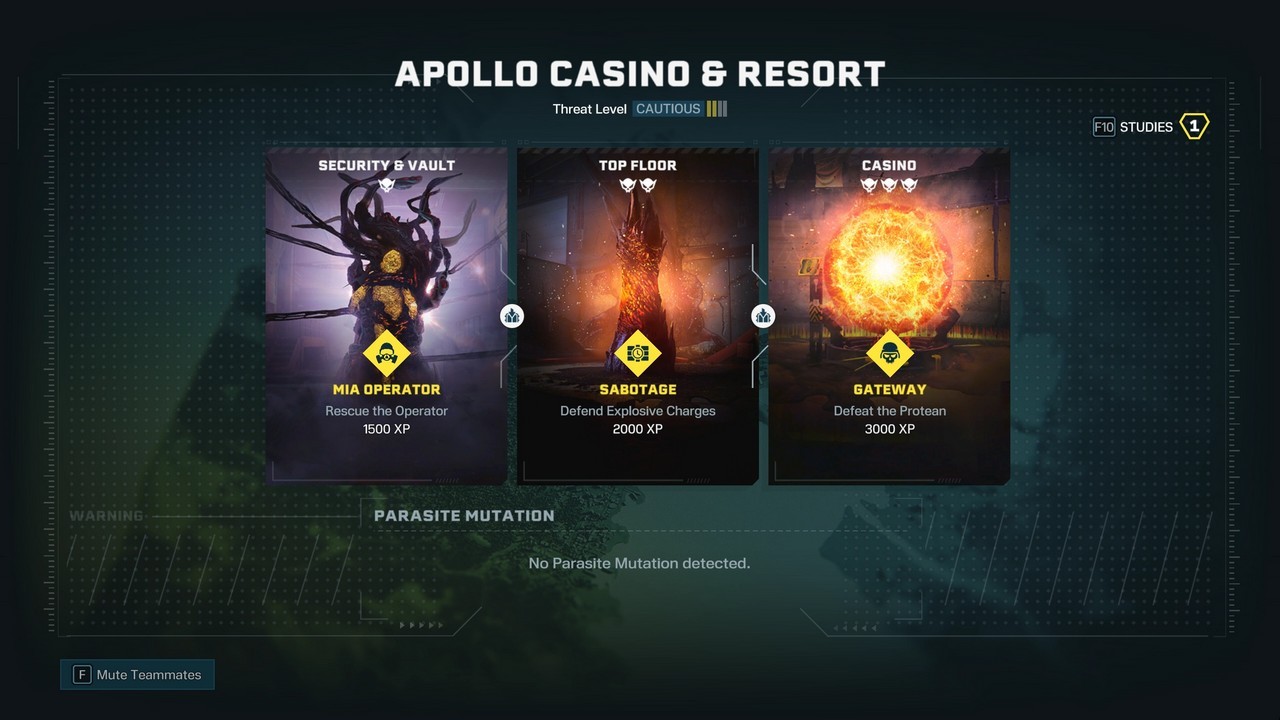 In Extraction, missions come in a multi-part sequence of objectives divided into three different zones. You have the option of going alone and choosing which hot zone you will go to or getting matched with two other players, and you’ll be deployed on a random hot zone. There are lots of mission that vary from Escort, stealth kill a target, activating computers, Salvage mission, or Eliminating a boss creature; it’s all random and can be brutal, especially when paired with randoms, making it quite challenging.

What makes the whole mission structure of Extraction interesting is each time you finish an objective, you and your team have the option to pull out early from the zone and reap the rewards, or push through to the zone and finish it and get bigger rewards. But each time you proceed to the next zone, the difficulty gets higher, so try to consider the status of the team before proceeding. This is because when an Operator gets incapacitated or left behind during the extraction, that Operator will be covered by protective mustard and is considered MIA, and you won’t be able to pick the same Operator until you save them during a Salvage mission in the same area. 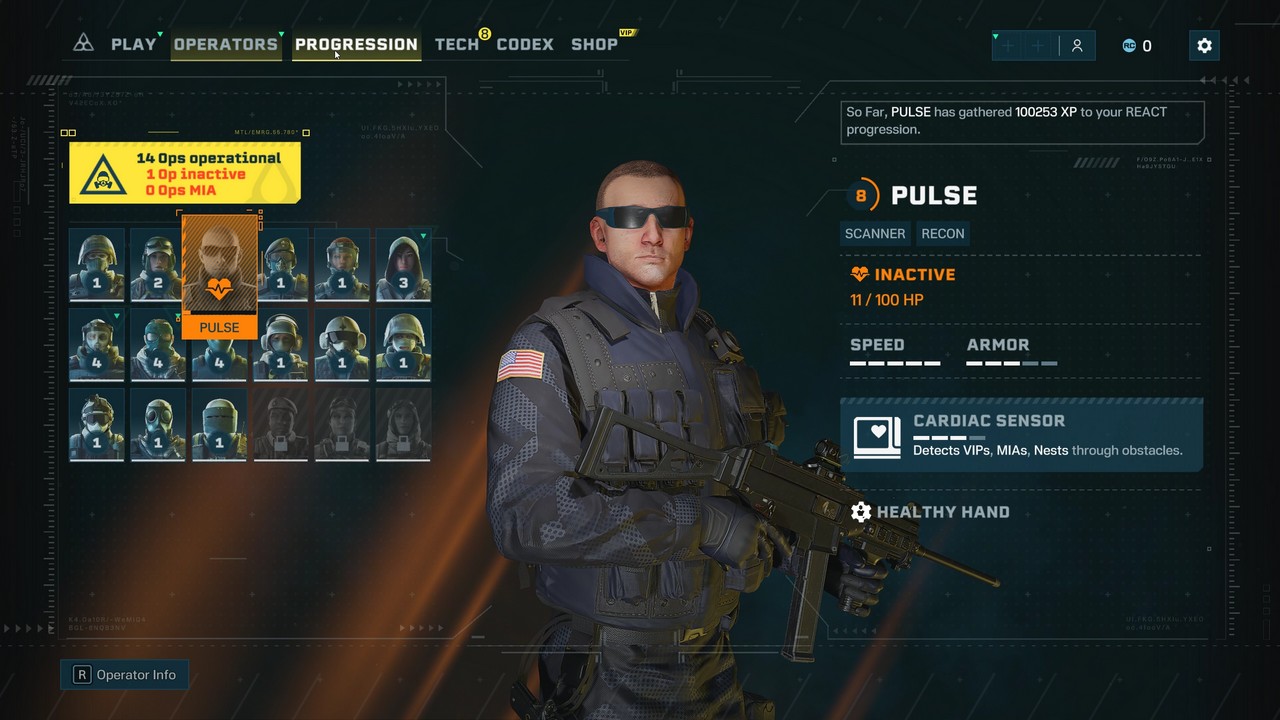 This leads to some interesting times where you don’t want to invest too much time leveling up a specific operator in case they go down, whether it’s being unlucky or your team of randoms decided to leave you behind (it happens). But the game does force you to not stick to a specific Operator depending on how much damage you took from a mission — that operator will be injured and will receive an HP penalty that carries on to the next deployment. You can still deploy the same Operator with the HP penalty, but considering how brutal the difficulty could get, you might be risking them to get incapacitated. I personally find this concept interesting since it forces you to learn and try other Operators instead of just playing your main character, leading you to be more versatile when it comes to your team comp, although they don’t feel too different when it comes to gameplay except with their perks. 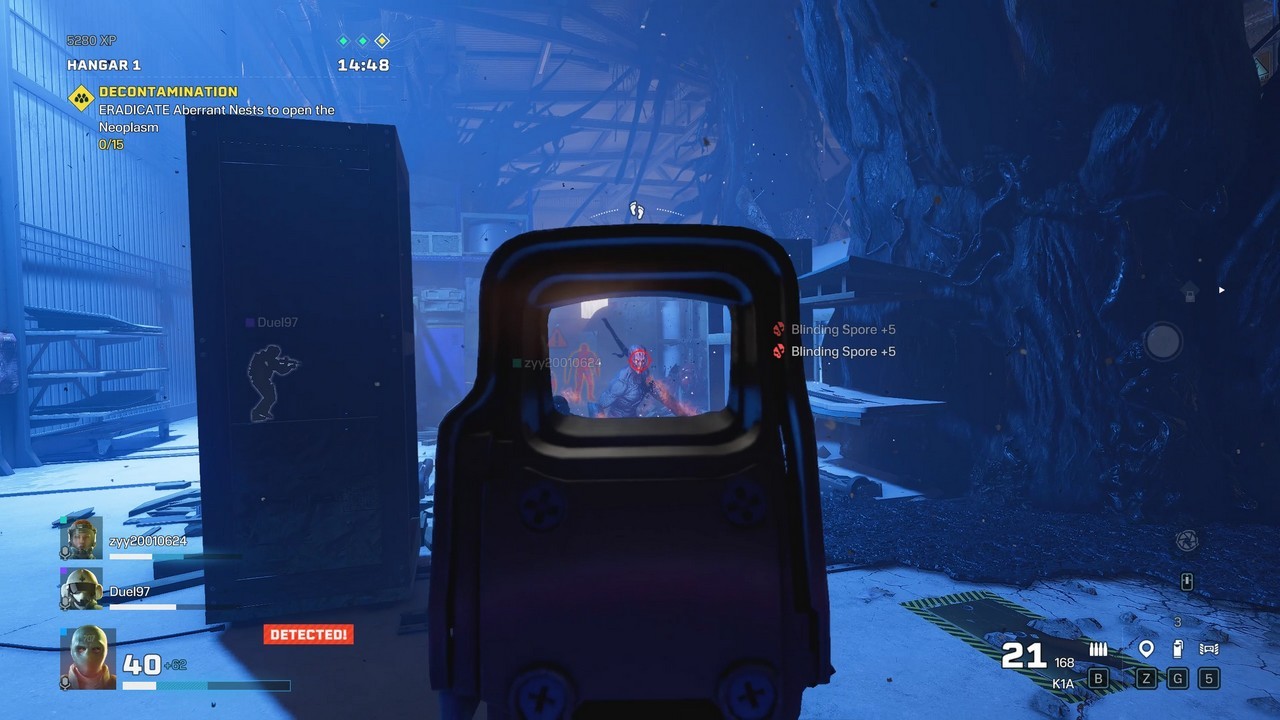 One of the things that I enjoyed in R6 Extraction is the feel of shooting. Tt’s precise and bound from that Siege formula where unnecessary noise that you make will attract enemies, forcing you to be calculated and tactical during missions, as one wrong move can alert the whole swarm and overwhelm your squad, especially in higher difficulties. One thing to put in mind is each Operator has their own stats and perks, so choosing the right Operator for the job is a must, adding another layer of tactics during the picking phase. You wouldn’t want to pick another scout when your team already has one so choose wisely. 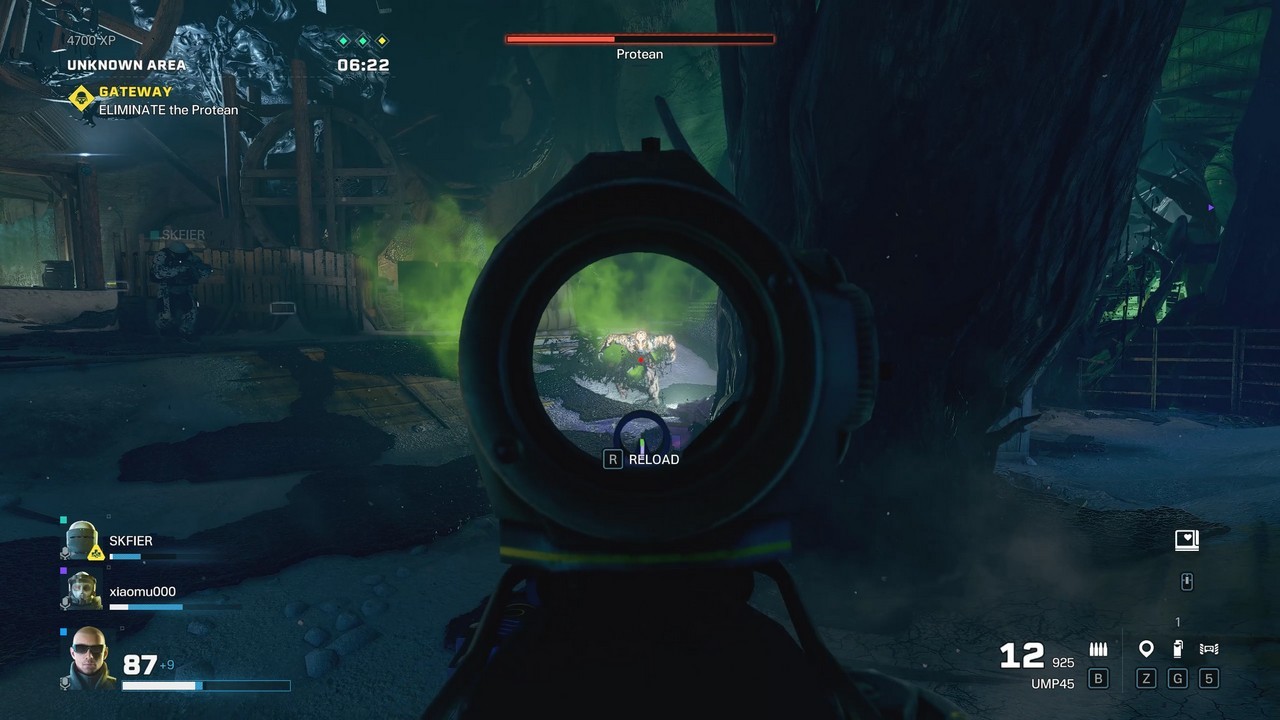 Here’s where R6 Extraction goes downhill. Remember when I said the enemies are inconsistent, what I mean about that is they’re inconsistent when it comes to stealth detection. Crouching lowers the sound your footstep, so it helps you sneak past an enemy or execute a stealth kill, but sometimes for some reason, they get alerted by your presence, despite being all sneaky and careful with your steps. I tested it on lower difficulties and sneaking behind them feels as if they have eyes behind their heads, so it’s a real pain when you spend time scouting the area with your drone and it is for nothing as a mold monster started a tantrum. But if you’re already familiar with the franchise, you wouldn’t find the same satisfaction from shooting dumb mold monsters compared to having a competitive experience against other players. 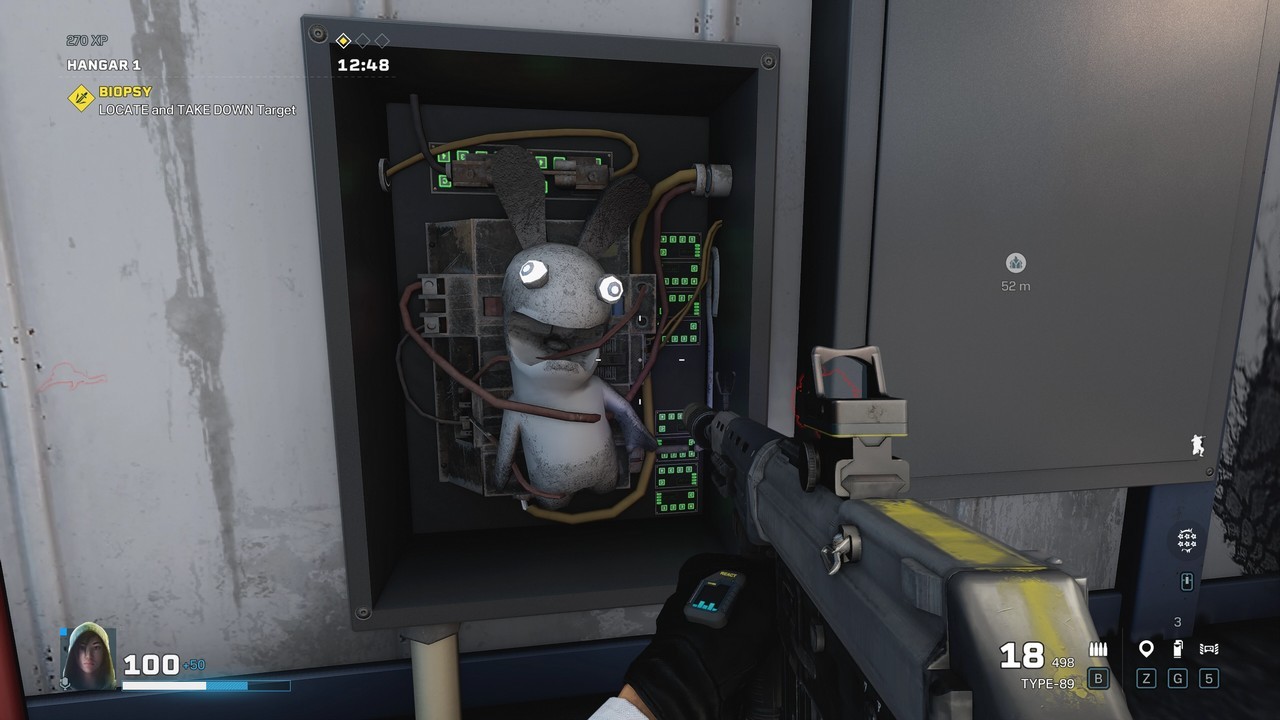 Another issue with Extraction is the dread of playing with random people because playing with randoms is always a coin toss. You either get paired with a cautious team or a team of newbies who aggressively charge into the enemy domain, or worse, leave you behind and become MIA, so you might want to form a squad of friends to save yourself from a few headaches. R6 Extraction can still be played alone but in higher difficulties, but only a masochist would do so since in higher difficulties, the number of enemies can overwhelm you, which makes them very annoying to deal with so try not to venture alone in higher levels. 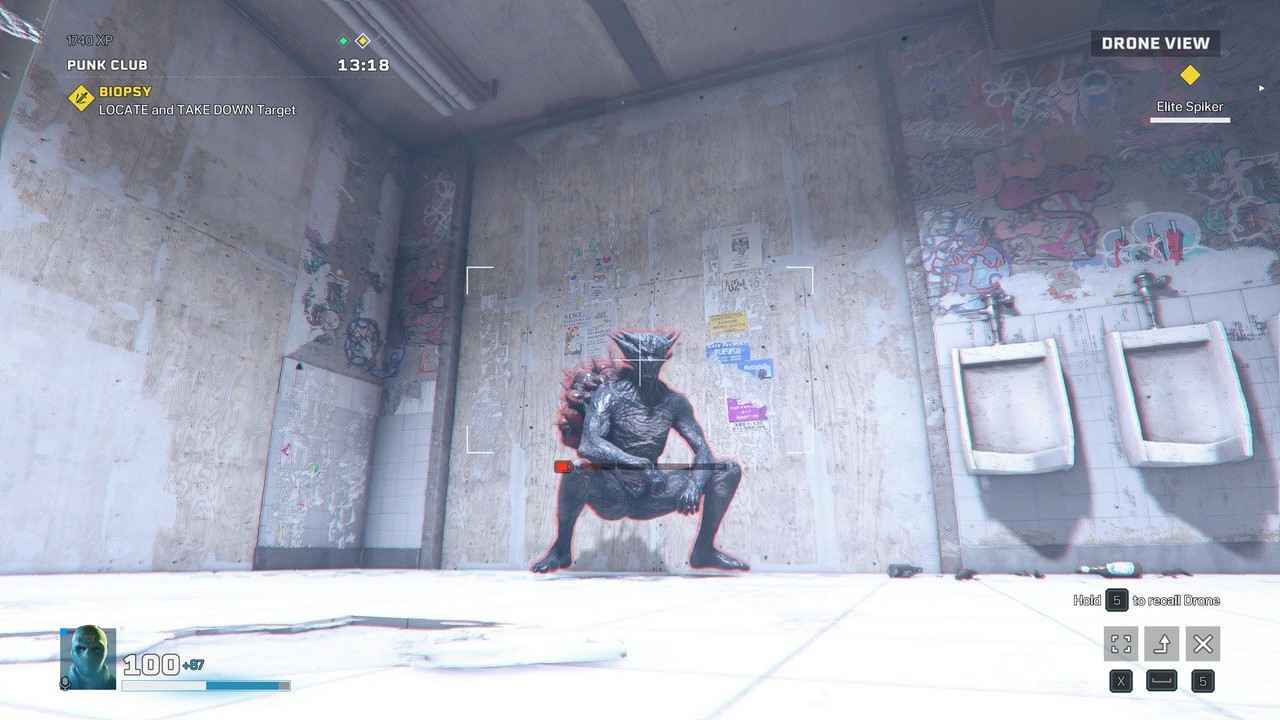 Lastly, the weakest part of R6 Extraction is its level design. All of its twelve levels from four different zones, they feel mostly the same. Each level looks identical, even if it is a different area. The loop of random objectives does not help from that feeling, as some objectives just play the same like Sabotage and Serial Scan. In a nutshell, these two objectives task you to protect an area from waves of enemies till the timer runs out. There are over thirteen objectives from this game, and somehow they feel same-y. While you can still find a good challenge from them, you’ll often find yourself mostly playing similar runs.

Though the good thing is R6 Extraction throws in challenges for you that will help you reap bigger rewards and advance your progression level to learn more about the biology of Archaeans. So, there is always at least something going on besides your main objective if you’re interested in unlocking everything about R6 Extraction. 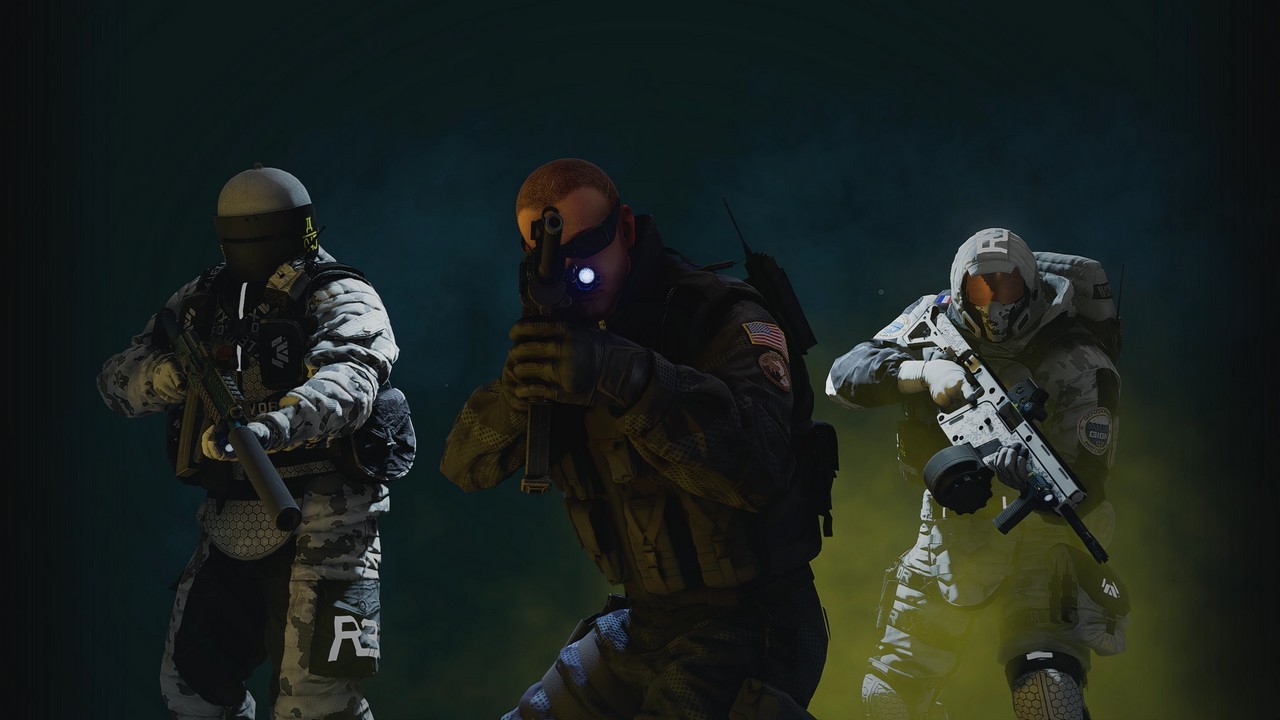 I can’t deny that I did have fun with R6 Extraction since it has this nice Sci-fi coop action while having the same formula as its parent series. While the plot can be too thin for some, I never took R6 universe seriously, so this wasn’t much of an issue.

As for gameplay, there is some fun to be had, especially when playing with friends, but when playing with random players, the game may not give you as fun of an experience. Plus, the levels can feel a bit same-y, both in terms of maps and objectives.

So, should you get this? If you and some friends are interested, then it might be worth picking up. But if you’re jumping in alone, you may want to look the game up more to see if its for you.

Rainbow Six Extraction has a solid concept and fun underlying gameplay, but there are flaws in that the levels can feel same-y and the experience when playing with random players is not the best. But if you're a Rainbow Six Siege fan and are looking for something to play with friends, Extraction is worth considering. Rainbow Six Extraction Review | Time to mop up some Mold