Samsung launches the Galaxy A03 in the Philippines 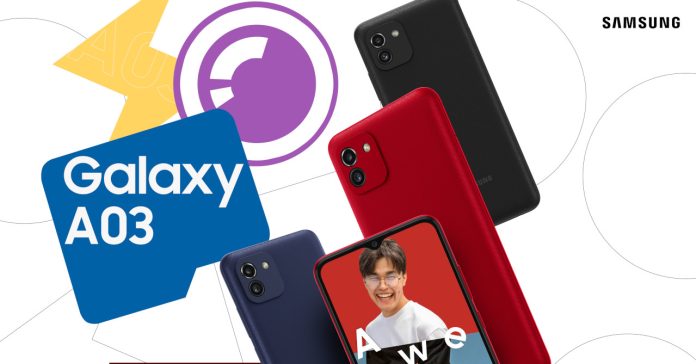 Following the launch of the A03s, Samsung has released the Galaxy A03 in the Philippines, the brand’s latest budget smartphone. Priced starting at just PHP 5,490, the base model of the new Galaxy A03 is even more affordable than the A03, and it promises to be a reliable device for budget-conscious buyers and first time smartphone users.

The A03 features a 6.5-inch HD+ display, an octa-core processor, up to 4GB of RAM, and up to 128GB of internal storage (expandable via microSD). As for its cameras, Samsung packed the phone with a 48MP main + 2MP depth sensor dual camera setup at the back, along with a 5MP selfie shooter at the front. The phone also packs a large 5,000mAh battery. 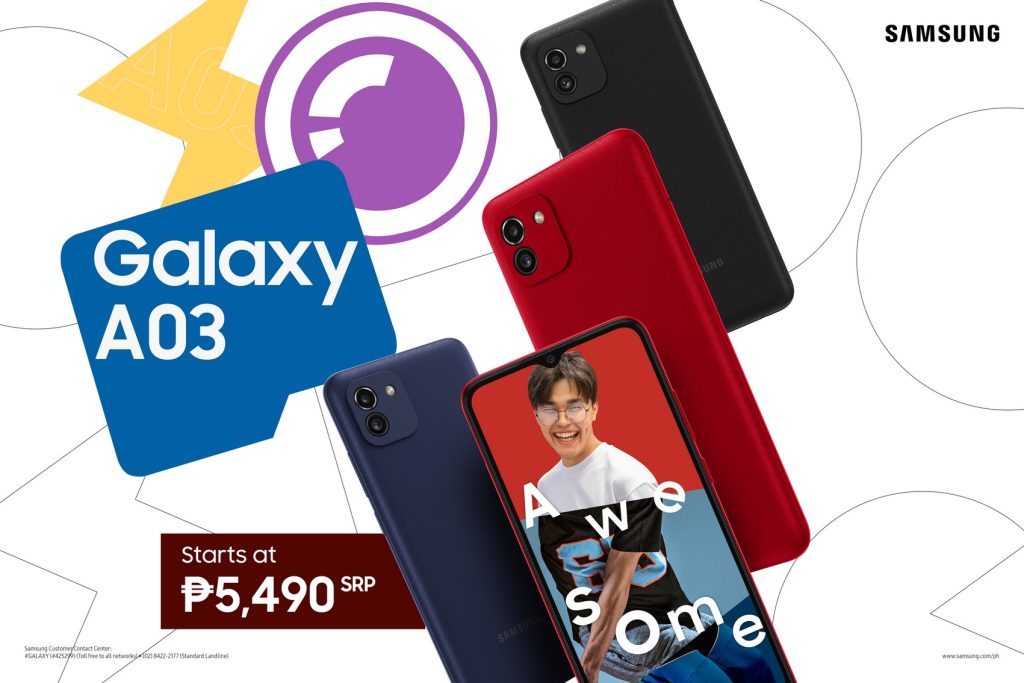 The Galaxy A03 features comes in Black, Blue, and Red colorways, and is available in the Philippines in the following variants:

The Galaxy A03 is also also available for PHP 660/month for up to 6 months at 0% interest via Home Credit until March 31, 2022. Users who purchase the Galaxy A03 until March 31 will also receive a 1-year free subscription to VIU Premium (worth PHP 999).

For more information on the  new Galaxy A03, visit samsung.com/ph.