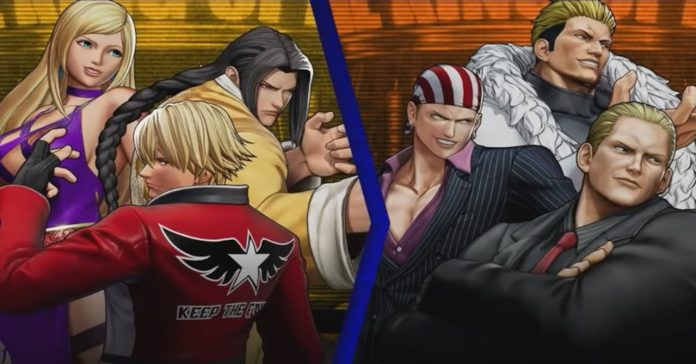 They’re the first two pitstops on KOF XV’s DLC roadmap from spring until autumn of 2022.

【KOF XV】
Team 3 is coming in summer while Team 4 will release in autumn!
12 DLC characters coming in 2022 bringing the roster to a massive 51 playable fighters!

The care that SNK are taking in terms of being transparent with their DLC roadmap is a good sign. With KOF XV coming out this month, players won’t need to wait too long should they wish to add more classic characters to the already stacked roster. With 6 more coming out in the near future, one could only speculate about who’s making a comeback.

Until then, we can be satisfied in knowing that Team Child Support featuring Terry, Geese, and Rock is now a confirmed possibility.

King of Fighters XV is set for release on February 17, 2022, and will be available on Microsoft Windows, PlayStation 4, PlayStation 5, and Xbox Series X/S.

- Advertisement -
Previous articleAll of Us Are Dead: Why you need to watch Netflix’s new zombie series
Next articleMinato Aqua of Hololive will star in her very own video game