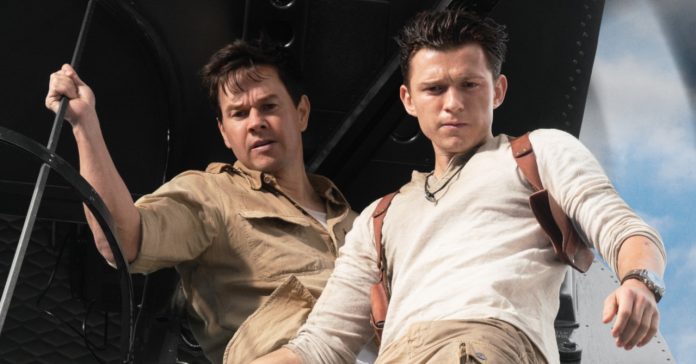 The Uncharted series is often considered as one of the highlight examples of cinematic, narrative-driven games. So, it shouldn’t come as too much of a surprise that the first PlayStation Productions project is an Uncharted feature film.

Released earlier this month in select countries, the Uncharted movie is set to release in Philippine cinemas on February 23. Given that the film is based on a game series that’s known for being “playable blockbuster movies,” it seems that the Uncharted flick is sure to satisfy.

So, how does the Uncharted film fare in this regard? Does it promise a satisfying experience for long-time series fans? And does it stand on its own as a great movie for viewers who are unfamiliar with the games. As someone who has played most of the Uncharted games (the only titles I haven’t played are the two PS Vita releases, and the mobile Fortune Hunter mobile spin-off), I’ll be discussing exactly those points here in our Uncharted movie review.

The Uncharted film is not a straight adaptation of a specific game; instead, it takes elements from the various games in the series, all while introducing a key change. Instead of following an experienced Nathan Drake and Victor Sullivan, we instead get an origin story featuring a young Drake (Tom Holland) and a young, clean-shaven Sully (Mark Wahlberg).

It makes sense that the film’s creators went with a younger version of the two main characters given the two lead actors’ ages. Even considering that this is an origin story though, personally, Holland’s Drake and Wahlberg’s Sully did not feel like their game counterparts. Sure, they do have some quips that are inspired by the games, and their outfits are definitely taken from the series, they just didn’t nail the Drake and Sully that I grew to love from the games.

That’s not to say that their performances are bad though. I actually thought that their acting is great in the movie, and both played off each other well. It’s just that their take is different from the games, especially considering that Uncharted 3 already showed us the origin of Drake and Sully’s partnership (so there’s a point of comparison in the games, even for the younger versions).

To be fair, I didn’t hate Holland and Wahlberg’s take on the Uncharted duo. This is because an adaptation deviating from the source material doesn’t bother me, even if it’s an adaptation of a game/movie/book I love. So, if you’re like me and are open to seeing a sort of reinterpretation of the Uncharted games, you will likely have a good time, especially as it’s quite fun to see some action set-pieces that are taken straight out of the game and put on to the big screen.

While I mentioned above that the Uncharted movie is not based on a single game, a lot of the elements in the story are taken from Uncharted 4: A Thief’s End. While its scale is not as large as A Thief’s End, the movie does include several sequences that are taken straight out of Uncharted 4. I don’t want spoil you regarding what those are, but if you’ve played Uncharted 4, you’ll be treated to a big screen rendition of some of the game’s iconic scenes. Though do take note that the film add some twists to these sequences, so even if you’ve played A Thief’s End, you probably won’t be able to call all the events that will happen.

While Uncharted 4 is main basis, there are elements taken from the other games in the series. For instance, the movie opens similarly to Uncharted 2. Then there’s a sequence in the second half of the movie that’s taken straight out of Uncharted 3, but with some changes. As someone who enjoyed these games, it was a treat to see them on the big screen. Though I would say that the set-pieces in this movie did not hit the same level of wow factor as the ones in the games. Again, this is not a knock on the movie, it’s just that there are of course more limitations when making blockbuster action scenes in real life compared to in games.

One thing I did like about the set-pieces is that it didn’t feel needlessly gamey. I find that some video game movies tend to put elements taken straight out of the game, even if they may not fit well. In Uncharted, the movie didn’t really feel like a game adaptation, mainly due to the fact that the Uncharted games are pretty much playable films in their own right.

Another thing I liked is the inclusion of Chloe Frazier. Played by Sophia Alli, Chloe in the film doesn’t fully match her in-game counterpart, she did have nice chemistry with the main duo.

I was entertained by the movie’s various action sequences, though I was disappointed by the villains. The main villains in the story are played by Antonio Banderras and Tati Gabrielle, and both are mostly forgettable. That’s not the fault of the actors though, as both Banderras and Gabrielle turned in good performances. It’s just that the script lets them down in that they don’t really get much development. Though at least Gabrielle’s character, Braddock, is part of some nice action scenes.

The villains weren’t especially memorable, but the film does make up for this a bit with its story. Mind you, the story is around what you’d expect for an action blockbuster, but Drake and Sully’s adventure is made rather fun in that it’s a globe-trotting adventure. While I would’ve wanted higher stakes, or at least a more compelling emotional component like in Uncharted 4, the film’s story is still quite fun.

As a bonus for Filipino Uncharted fans, part of the movie is set in the Philippines! Specifically, Drake and Sully’s adventure take them to some islands to the south of Mindanao as they look for Ferdinand Magellan’s “Lost Treasure.” For Pinoy viewers, this is a welcome surprise, especially as the film does talk about Magellan, a historical figure that practically every Filipino knows as he is taught in History class. And while the film itself wasn’t shot in the Philippines (except for some digital shots) due to the pandemic, it’s still nice to see a film this scale be set in the country.

So, should fans of the Uncharted video game series watch this live action adaptation? Well, if you want a film that stays true to the source material, you’ll be disappointed as the movie differs in many ways, especially in Drake and Sully’s portrayal. Though on the flip side, the Uncharted movie does feature action set-pieces and story elements that are taken straight out of the game, and it’s a treat to see these in cinemas.

Overall, the Uncharted movie is a fun, but fairly typical, action blockbuster. If you’re an an Uncharted fan and want to see moments from the games recreated in live action for the big screen, this movie is worth watching. Provided that you’re okay with seeing a different interpretation of the series’ characters.

- Advertisement -
Previous articlePop Up Parade: Should you collect these budget-friendly figures?
Next articleUncharted live action movie is partly set in the Philippines