If you’ve been following the current series over at Mobile Legends: Bang Bang Professional League Season 9 (MPL Season 9), you may have noticed a lot movers and shakers. One such team to come out on top so far, is ECHO.

Enjoying a 5-0 winning streak as of Week 3 of the MPLs and securing 14 points in total, they’re well on their way to becoming the top team to beat this season. Following ECHO are TNC and RSG T with both 11 points, while Blacklist International, Smart Omega, and Bren Esports remain plummeting in the lowest positions.

It’s going to be another gruesome week for MPL as we enter Week 4 of 8 and we’re bound to see some drama brew between ECHO and Nexplay Evos (NXPE) as former NXPE teammate turned ECHO Tristan “Yawi” Cabrera faces off against former teammates. With NXPE currently are standing at the 4th spot with 9 points, and a roster of new talents freshly picked from the amateur scene, can Nexplay topple down the current undefeated champs of the regular season? We’re about to find out!

Nexplay, mind you, has been surprising veteran teams and the community with their performance thus far so it’s going to be a fun weekend of Mobile Legends once again.

Interested to geek out a bit more on the match? Here’s a side-by-side data sent to us by Moonton.
- Advertisement -

If you want to get hyped on the match, here are 5 Top plays of ECHO during their Week 3 bout.

(Also, if you miss Naisou and Dan, watch the English cast — they’re amazing at what they do there).

Here’s the complete Week 4 sched so you can plan your banyo break around accordingly. 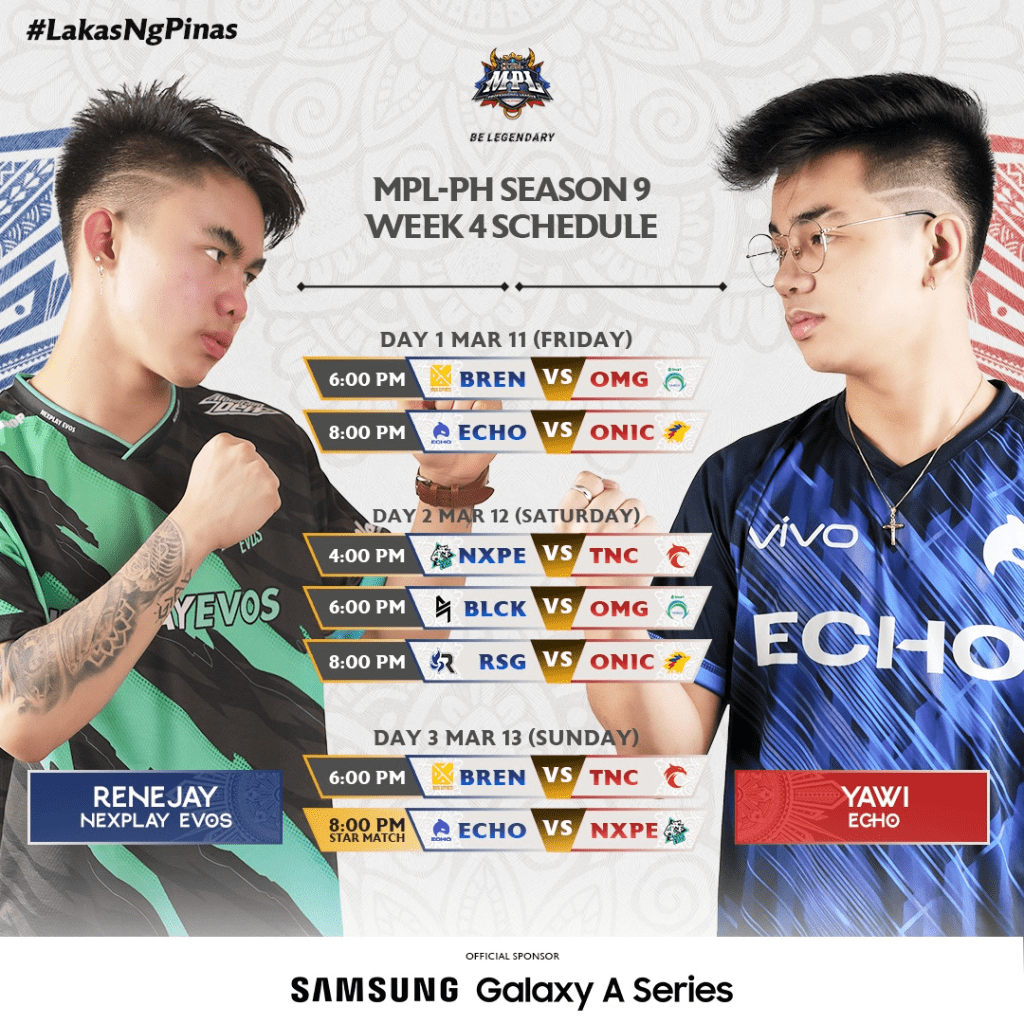