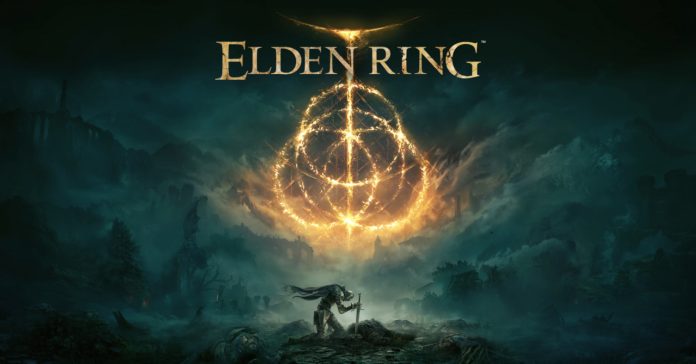 It has been over two weeks since the launch of Elden Ring, and the game still has one of the highest concurrent player counts on Steam. 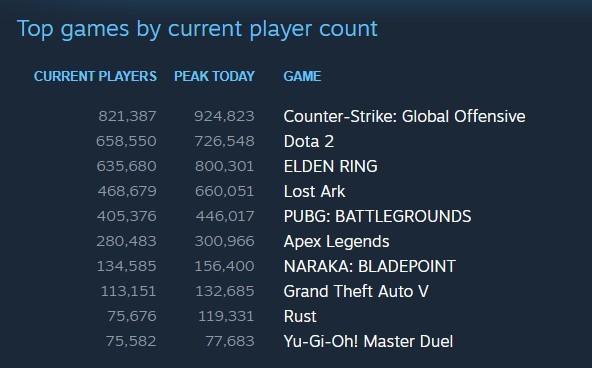 As you can see, Elden Ring is still in the top 3 games on Steam in terms of concurrent players, and it trails only CS:GO in terms of peak concurrent players for the day. Meanwhile, the rest of the top 10 is composed of games that are either multiplayer or are played primarily for their multiplayer component (GTA V). While Elden Ring does have a multiplayer component, it is still primarily a Player versus Environment game (PvE), so it’s impressive to see it maintain its high player count.

A fairer comparison for Elden Ring is Cyberpunk 2077, the only singleplayer game that has a higher concurrent player count peak on Steam. But even then, Cyberpunk 2077 was not able to sustain its high player count two weeks after launch.

To give you a better idea of Elden Ring’s impressive feat, here is the concurrent player record of the game shortly after launch, its first weekend, and its second weekend (via SteamDB):

Meanwhile, here is Cyberpunk 2077’s concurrent player count on Steam shortly after launch and two weeks after release (via SteamDB):

While Cyberpunk 2077 reached a 1 million players after launch, two weeks after, the concurrent player count dropped by around 70%.

Moving forward, it will be interesting to see if Elden Ring manages to sustain this high concurrent player count. Though at this point, it’s clear that the game is a massive success. After all, these are just PC numbers, and there’s no doubt that lots of players on PlayStation and Xbox are still playing the game as well.

- Advertisement -
Previous article
Nintendo Switch for 3K only? These and more at the 3.15 Sale in a bit!
Next article
Lost Ark Guide: How to play in the Philippines and in SEA