Elden Ring runs surprisingly well on base PS4, not so much on base Xbox One

PS4 Pro and Xbox One X performance is also acceptable. 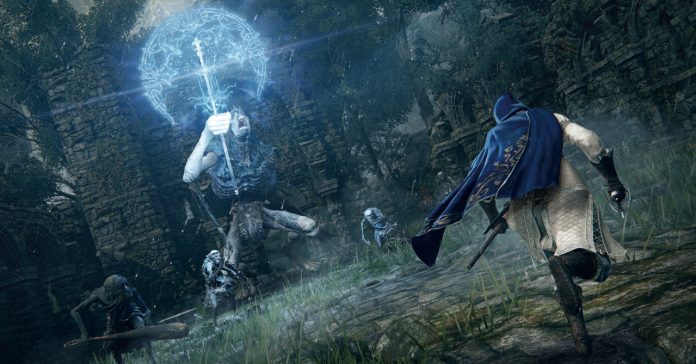 Elden Ring is undoubtedly a great game, but it does struggle to hold a solid 60FPS on the current-gen consoles and PC, but what about PS4? Well, Elden Ring runs surprisingly well on the base PlayStation 4, but the same can’t be said for the base Xbox One.

According to a tech analysis by Digital Foundry, Elden Ring runs surprisingly well on the original PlayStation 4. Specifically, the game runs at a 1080p resolution with an average framerate that usually holds at 30FPS. Of course, the game’s PS4 version isn’t perfect as there are some framerate drops, frame pacing is still an issue, and the visuals aren’t as good as the other versions. Still, the performance overall is comparable to previous FromSoftware games on PS4. So, if you were able to play Dark Souls 3 or Sekiro on PS4, expect a similar level of performance.

Meanwhile, the base Xbox One (or Xbox One S) version of Elden Ring is hard to recommend. In this version, not only do you get compromised visuals, the framerate also struggles to reach 30FPS. This is likely due to the underpowered internals of the base Xbox One.

As for the PS4 Pro and Xbox One X versions, Elden Ring performs rather well, even if they both can’t reach a 60FPS frame rate average. Similar to previous FromSoftware games, Elden Ring runs at 30-50 FPS on these consoles, though the visuals look much better than their base console counterparts.

While it would’ve been nice to see FromSoftware solve the frame pacing issue, at the very least, last-gen versions of Elden Ring have playable framerates (barring the base Xbox One version). This is great news for players who have not yet upgraded to the PS5 or Series X|S. After all, getting a current-gen console is still quite difficult as they still quickly sell out.