Still worth playing if you want to explore Tokyo, albeit virtually. 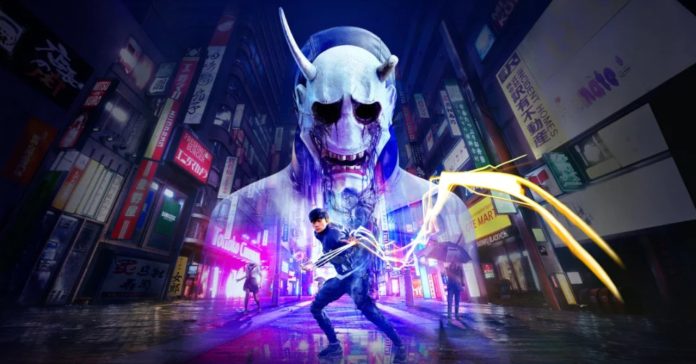 It has been over four years since the release of The Evil Within 2, and now, Tango Gameworks is releasing its next game in Ghostwire: Tokyo. When it was initially revealed at E3 2019, Ghostwire seemed to be another horror game, but with Yokai (Japanese spirits) instead of The Evil Within’s more Western style of horror. Once we were shown more of the game though, it turned out that Ghostwire: Tokyo is a more action-focused game, complete with open world exploration and combat that’s described as “karate meets magic.”

Based on what we’ve seen of the game in the various showcases and trailer, Ghostwire: Tokyo seems interesting thanks to the flashy combat skills and creepy enemies. But does the promise hold up when you sit down and play the game? In terms of atmosphere, it’s quite memorable. But for gameplay, it’s a different story. 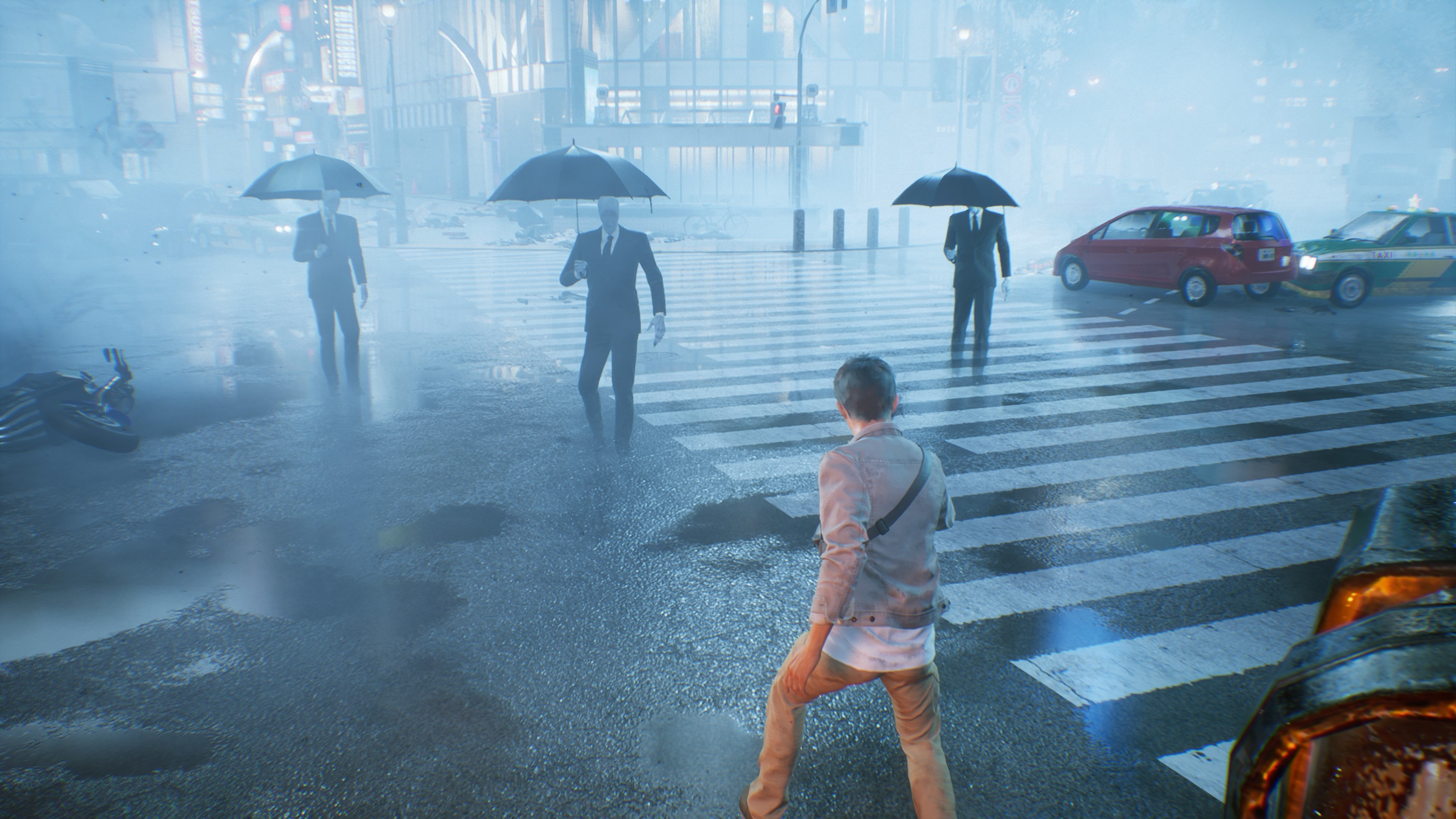 In theory, Ghostwire: Tokyo should have exciting combat as Akito, the game’s protagonist, can cast a range of spells to dispatch Visitors (the yokai enemies) which he casts with Kuji-kiri hand gestures. In practice though, the combat feels more like playing a first-person shooter with magic replacing guns.

The flow of combat works like this: players must dispatch enemies by shooting them with either Wind, Water, or Fire attacks (called in-game as Ethereal Weaving). The Wind attack is a basic, single-target blast; the Water attack is a more powerful, close-range spell with a wide spread; and the Fire attack is a powerful blast that, when charged, hits enemies in a wide area. Instead of costing mana, Ethereal Weaving attacks require “ammo” which can be replenished by hitting corrupted object such as cars or vending machines. Ammo can also be acquired from enemies when you absorb their core. How this works is that, when you do enough damage to an enemy, their core will be exposed, and you can absorb this to kill them and replenish a bit of ammo.

Aside from Ethereal Weaving, you also have a fairly powerful Bow, as well as consumable Talismans, ranging from a Talisman that stuns enemies in an area to one that adds shrubbery to aid you in hiding from enemies. Speaking of hiding, the game also has optional stealth mechanics as you can sneak up on most enemies and attack them from behind. This instantly kills low-level enemies and heavily damage stronger foes. 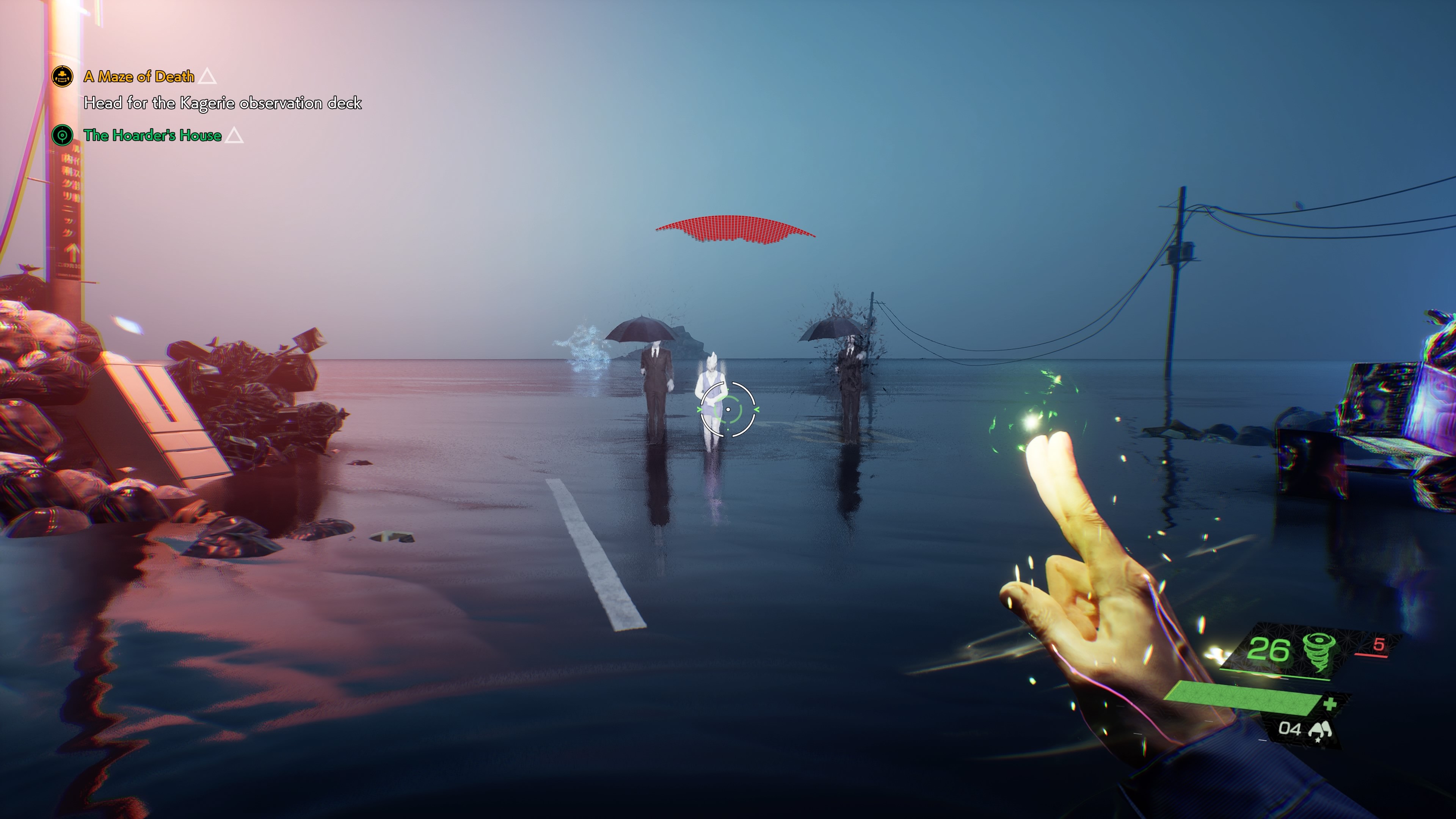 Ghostwire: Tokyo’s combat gives players a fair number of options that make enemy encounters fun at first, but I found that it got old fast. This is because, while there’s a good amount of enemy variety, most enemies often feel like bullet sponges, so combat often boils down to just you mindlessly blasting enemies until they die. It doesn’t help that enemy encounters often happen in places that are essentially arenas without any cover, so you just move and shoot until you kill everyone. Some shooters make this work by having fast-paced combat (think Doom Eternal), but in Ghostwire: Tokyo, combat can feel slow, especially as there’s no mobility ability like a dash.

Mind you, combat in Ghostwire: Tokyo is not bad, it just feels uninspired. What sucks is that there’s a lot of potential here as there is some satisfaction in blasting enemies with elemental attacks. It’s just that combat can feel clunky and slow. If it had a dash mechanic and a faster pace, I can see Ghostwire: Tokyo being a much better game in terms of combat. 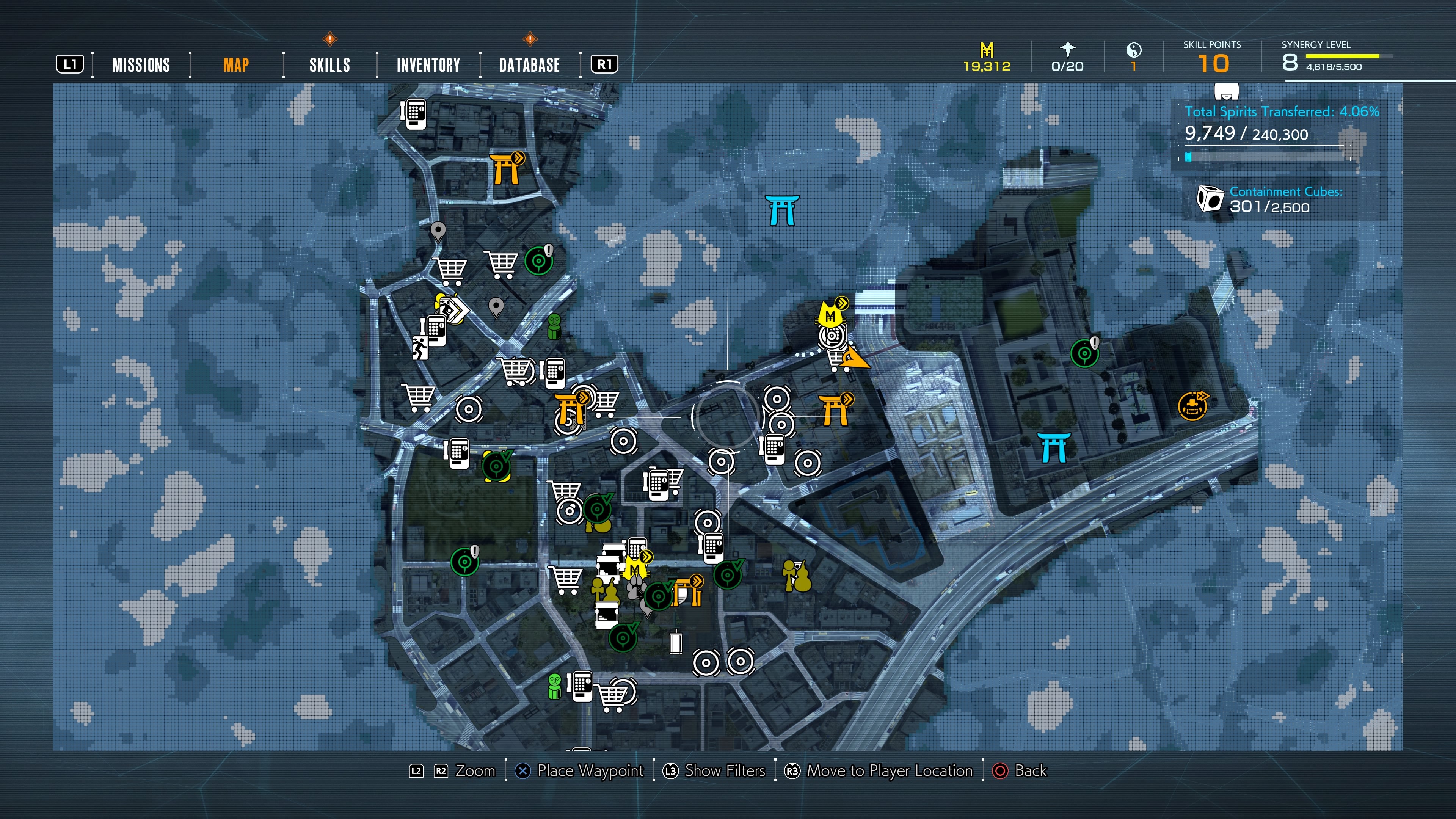 Outside of combat, the game features a fairly small open world that’s set in Tokyo, specifically in the Shibuya area. If you’ve played games such as Marvel’s Spider-Man or Infamous, the open world in Ghostwire works in a similar way. Basically, the map is divided into certain districts, and each has a number of collectibles and activities to complete. Some of these collectibles include Jizo Statues which, when activated, will give you more ammo capacity. Another collectible is spirits, and these are essentially the main collectible of the game. These spirits can be exchanged in telephone booths found throughout the map for money and XP.

Because you need money to buy healing items and extra talismans, plus XP is needed to get more skills to get stronger, there is an incentive to explore the map. And while there are rewards for doing so, exploring the open world for collectibles can feel like ticking of boxes on a checklist. In fact, there are even obligatory “open world towers” in the form of Torii Gates. When you start, most of the map is covered in fog, and you can clear these by cleansing Torii Gates which are often guarded by enemies.

When it comes to exploring, you’re not relegated to running around the streets of Tokyo as you can make your way up buildings. Spread across the open world are Tengu, spirits that you can grapple onto to reach rooftops of various buildings. Along with these Tengu, you also have the ability to glide, giving you more flexibility when exploring. You’ll need to make use of these to get to spirits that are strewn across various rooftops. And while it can be fun to glide around, the traversal mechanics in the game can still feel a bit stiff or clunky. 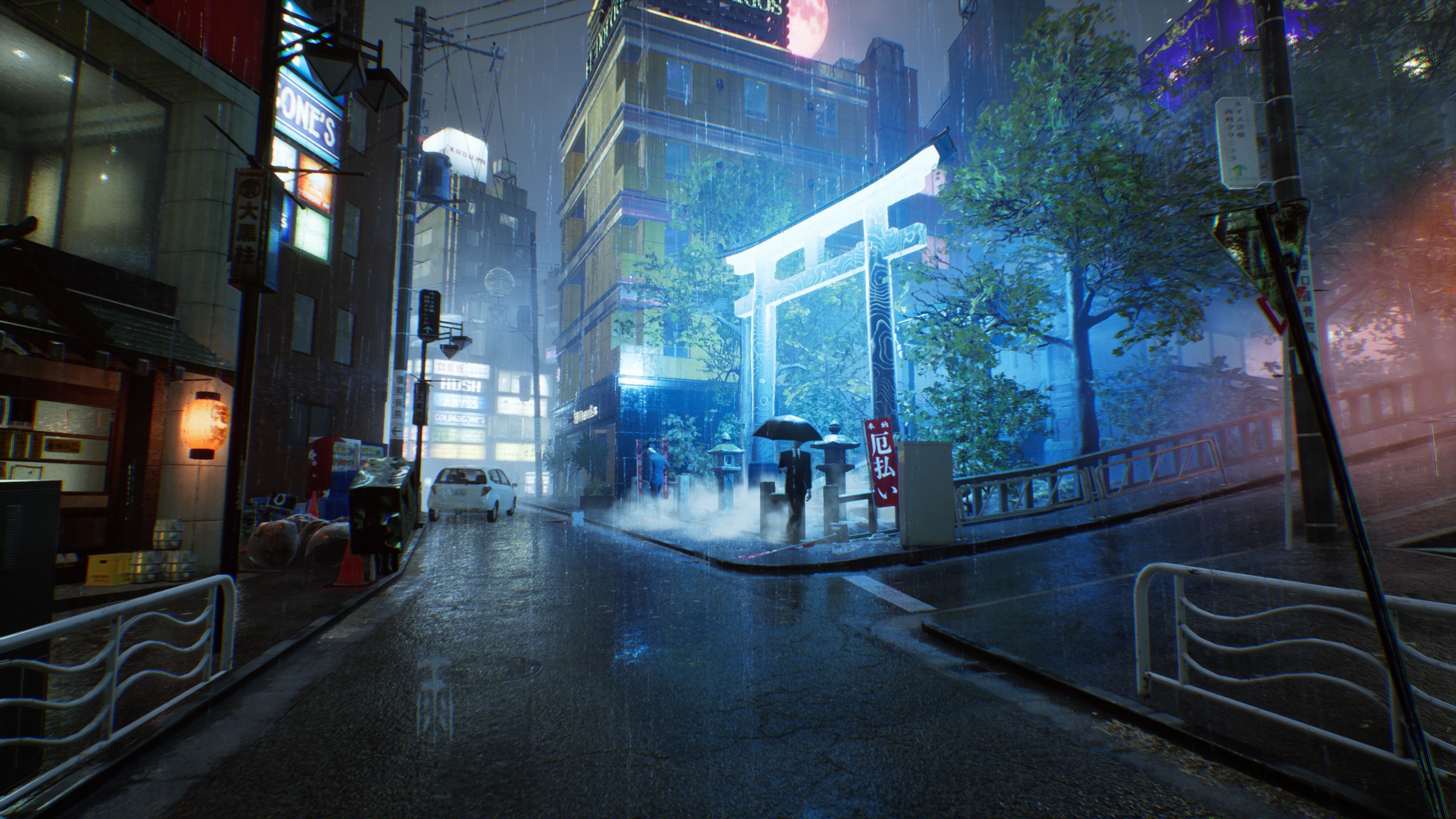 The checklist-y nature of the game’s open world can also feel uninspired, with collectibles and activities being added seemingly to pad the game’s playtime to around 30 hours (you can rush through the main story in around 12 hours). Though one thing I did like about unlocking more of the world are the various side quests. Sure, they might be hit-or-miss in terms of quality, but there are some memorable side quests in this game. Aside from rewarding XP and money, some of these side quests have funny or tender moments that remind me of the side quests in the Yakuza series. In fact, the format of these quests is similar to that of Yakuza. But instead of helping the living citizens of Kamurocho, in Ghostwire: Tokyo, you help spirits pass on to the afterlife by fulfilling their final wishes. 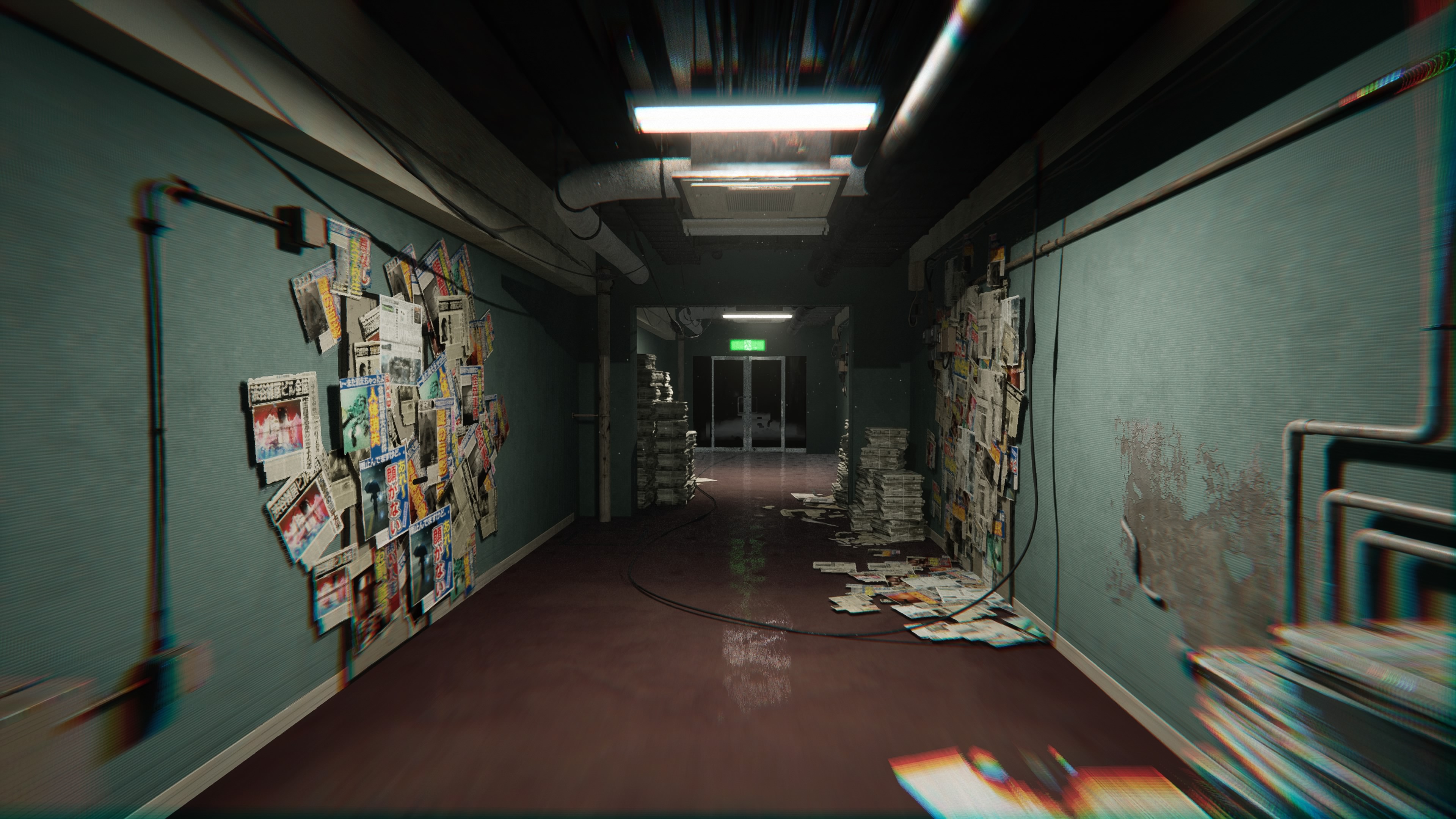 I have to admit, based on gameplay alone, Ghostwire: Tokyo is a mediocre game. Thankfully, the game does redeem itself in other ways, one of which is with its unique atmosphere.

Ghostwire: Tokyo may not be a horror game, but it does have some horror elements that are apparent in the main story missions. A lot of these missions take place in levels with trippy visuals, complete with a creepy and unsettling atmosphere. While it never became scary for me, I loved these unnerving moments, so much so that I wanted more of them even after the credits rolled. Though I did manage to ruin some of these atmospheric moments as I couldn’t help but open Photo Mode to take snapshots of these beautifully made levels. 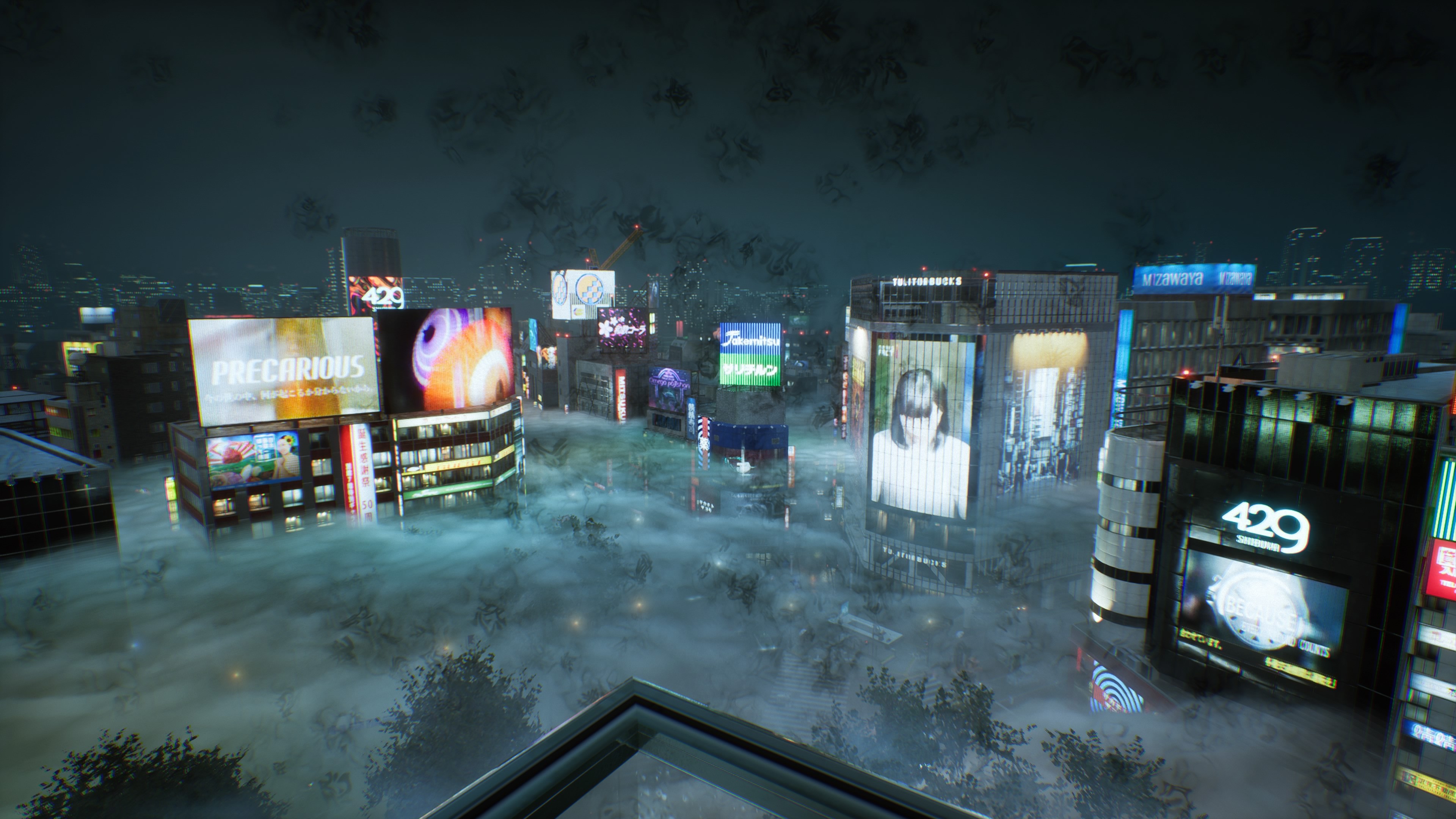 Aside from these linear story levels, I loved exploring virtual Shibuya in the game. While the city may be devoid of life, I found it fun to see the sights, especially as someone who is lucky enough to have visited Shibuya a couple of years back as the game renders Shibuya accurately and with impressive graphical fidelity. I would even go as far as saying that this “virtual tourism” aspect of Ghostwire: Tokyo is the part of the game that I enjoyed the most. So, if you’re a fan of games like Yakuza for instance, there’s a lot ot like here in Ghostwire.

On top of these, the enemy design is Ghostwire: Tokyo is also noteworthy, with the Visitors being based on modern Japanese Salaryman and Students, as well as mythical beings like the Kuchisake. Enemies aside, the game is also populated by Nekomata, cat spirits that serve as the shopkeepers of the game. All of these add up to give the game a sense of uniqueness. 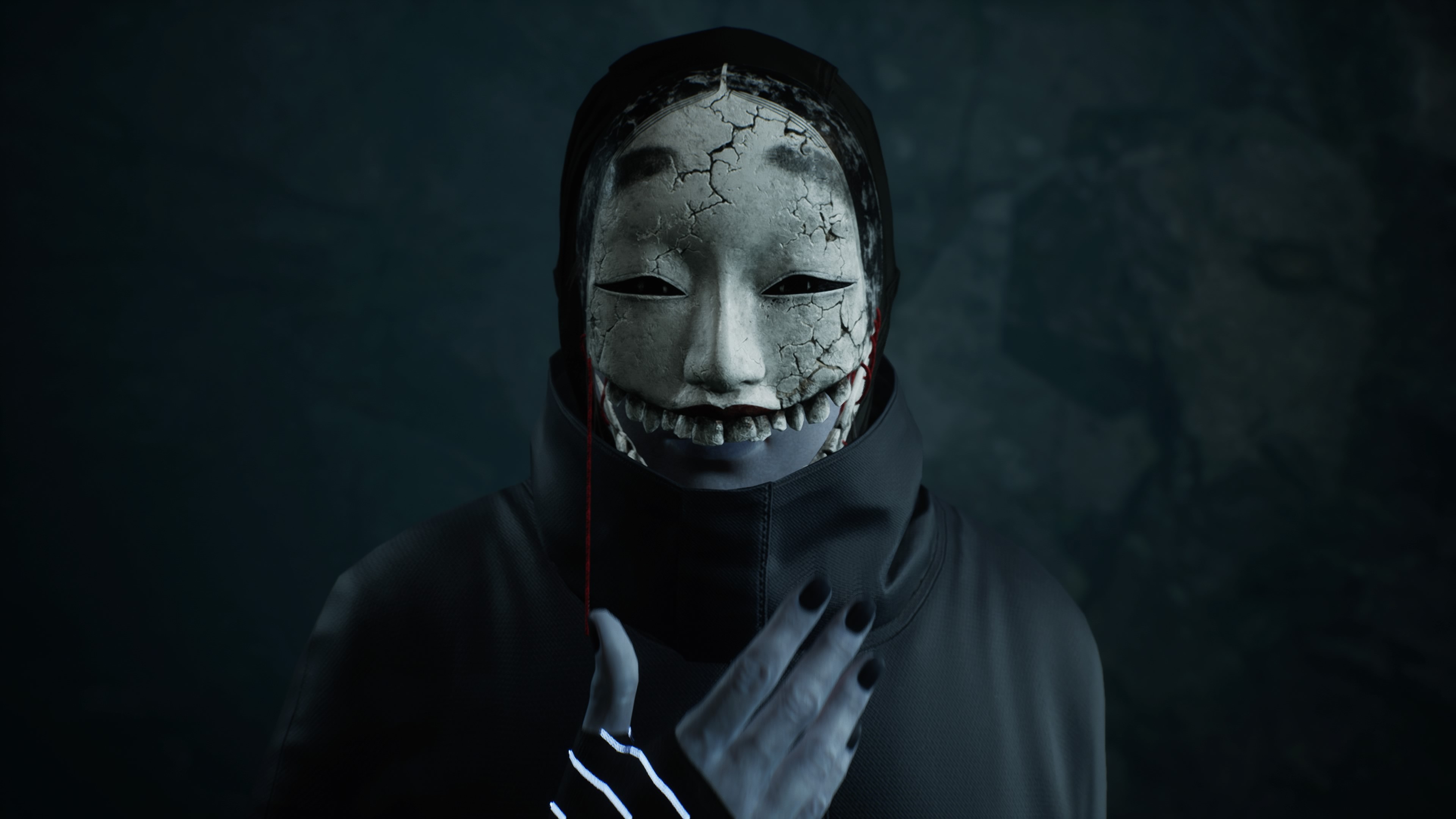 The game’s atmosphere no doubt is a highlight, and it’s so good for me that it elevates the game’s forgettable story. Without going into details, the story of Ghostwire: Tokyo isn’t the best video game tale out there. It’s not a bad story though, and there are even some tender moments, but overall, it just falls a bit flat. Thankfully, the game’s unique vibe makes up for this. 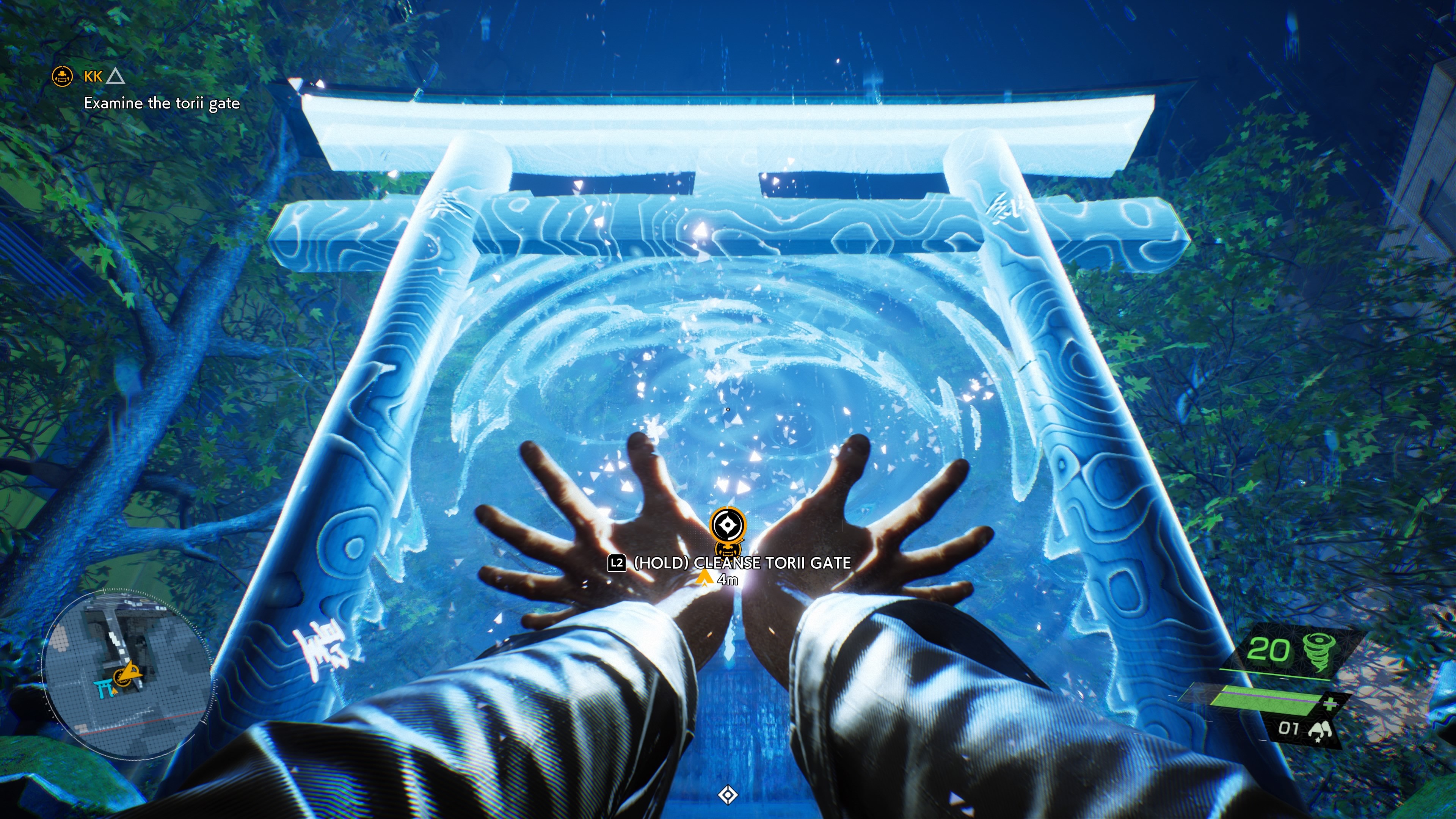 As a PS5 console exclusive, Ghostwire: Tokyo does not disappoint in the technical department. As mentioned above, the game has impressive graphics that makes exploring Shibuya more immersive. While I wouldn’t go as far as to say that this is the best-looking PS5 game, it’s visuals are definitely in the upper tier of PS5 titles.

For the best graphics, you can use the game’s Quality mode which adds ray tracing, though it does cap at 30FPS. In my time with the game, I opted instead for the Performance mode which did not have ray tracing but made the game run at 60FPS. In my experience, the game did not have any issues with maintaining the 60FPS frame rate.

Aside from these two modes, the game also features a High Framerate Quality and High Framerate Performance mode, as well as VSync options for both High Framerate modes. In total, there are six graphics mode options which is great as it gives users the ability to tailor performance and visuals to their preference. Though if you ask me, I recommend the standard Performance mode as the game still looks great even without ray tracing. Plus, the PS5 currently doesn’t support Variable Refresh Rate displays, so you might see some screen tearing in the non-VSync High Framerate options. 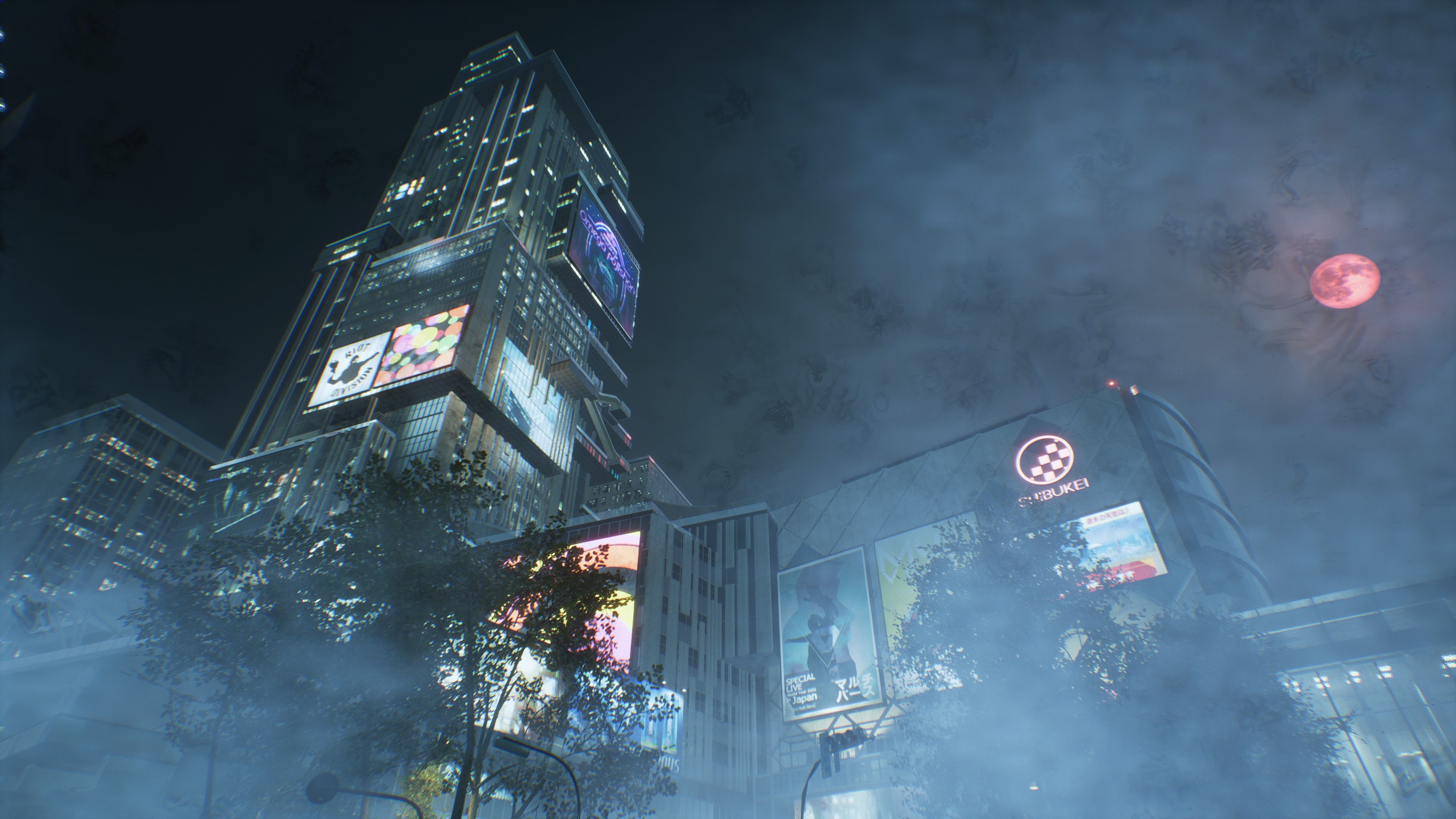 Along with the great visuals and solid performance, Ghostwire: Tokyo on PS5 also has excellent 3D Audio and DualSense integration. When using headphones, you get directional audio which proved to not only enhance immersion but also helped me locate Tengu, enemies, and more through sound cues. As for the DualSense features, Ghostwire: Tokyo has nice haptic feedback effects, as well as Adaptive Triggers implementation that adds nice tactile feel to enemy encounters. 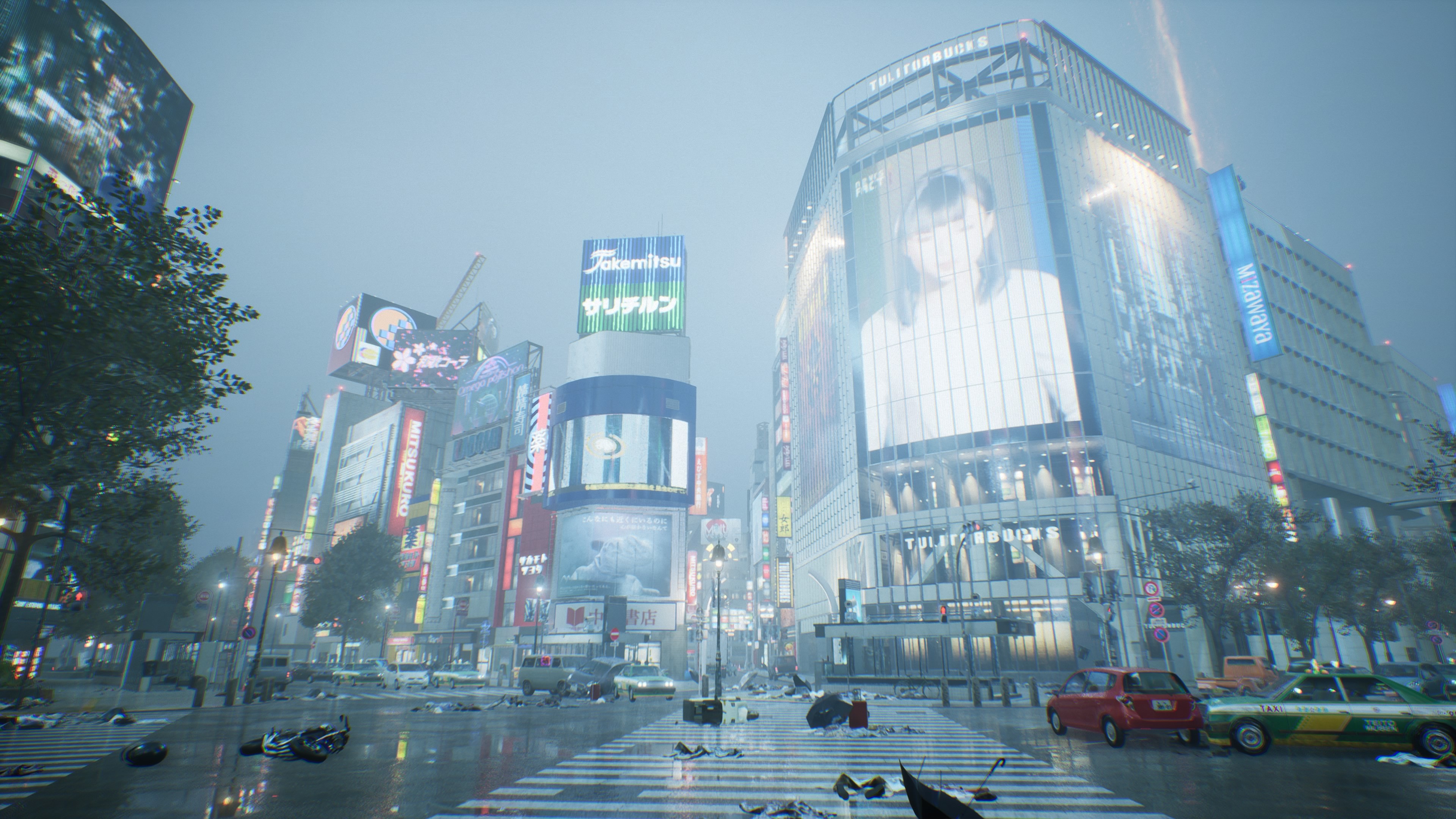 If you’re looking for a game with intense and satisfying combat, or a horror experience that will make you regret wearing brown pants, Ghostwire: Tokyo is not for you. While the game’s combat and story are average and are a bit forgettable, Ghostwire does make up for these with a unique atmosphere, as well as impressive visuals. Though arguably the best part of it is the virtual Shibuya that you get to explore for some virtual tourism.

This review was made using a PS5 game code provided by the publisher.

Ghostwire: Tokyo is a game with an excellent atmosphere and great visuals but is let down by average gameplay and a forgettable story. Ghostwire: Tokyo Review | Great Atmosphere, Average Gameplay