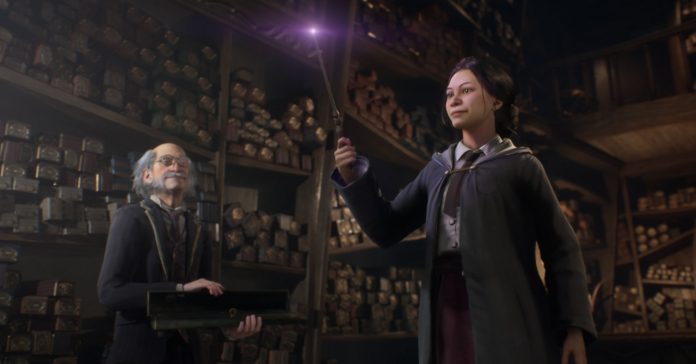 At a recent State of Play stream, we were finally given our first look at Hogwarts Legacy gameplay.

The Hogwarts Legacy 15 minute gameplay showcase gave us a look at the in-depth character creation, as well as the magical combat mechanics and a glimpse at the game’s open world.

In case you missed its original announcement, Hogwarts Legacy is an upcoming action RPG that’s set in the 1800s —  over a century before the events in the Harry Potter books/movies.

“Hogwarts Legacy is an immersive, open-world action RPG set in the world first introduced in the Harry Potter books.

Embark on a journey through familiar and new locations as you explore and discover fantastic beasts, customize your character and craft potions, master spell casting, upgrade talents and become the wizard you want to be.

Experience Hogwarts in the 1800s. Your character is a student who holds the key to an ancient secret that threatens to tear the wizarding world apart. Discover the feeling of living at Hogwarts as you make allies, battle Dark Wizards and ultimately decide the fate of the wizarding world.

Your legacy is what you make of it. Live the Unwritten.”

- Advertisement -
Previous article
Samsung launches the Galaxy A33 5G, A53 5G, and A73 5G in the Philippines
Next article
realme 9 Pro+ 5G Review | Geek Lifestyle