Morbius Movie Review | Not a Lot of Bite

Not enough meat to chew on 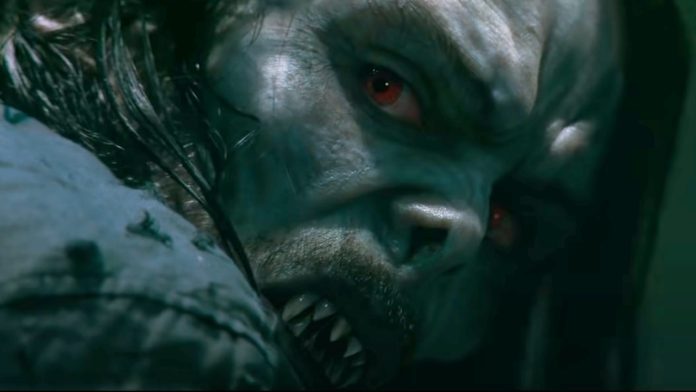 Spider-Man: No Way Home really made a huge impact on the Spider-Man Cinematic Multiverse. As the film explored the concept of how there were various realities and universes that had their own version of the webslinger, more possibilities opened up for both Sony and Disney for them to make Spider-Man movies that would make sense. For Sony, in particular, this gave them a way to build their own Cinematic Universe that would hopefully recreate the magic that Disney’s MCU achieved. This translated into them using the setting of Venom (starring Tom Hardy, 2018) as the foundation of this universe and this is where the movie Morbius is set.

Morbius marks the first movie to come out from Sony to build this new Cinematic Universe AFTER the release of Spider-Man: No Way Home. For those of you who may not know, Morbius is actually a villain from the Spider-Man comics where he is depicted as a biochemist who tries to create a cure for his rare blood disease. This turns out very badly however when he tries an experimental treatment involving vampire bat DNA and electroshock therapy which turned him into vampire-like creature with a lot of vampiric powers and abilities… and also all the vampiric thirst.

The movie puts Morbius as the film’s main protagonist, just like how they did with Venom. The trailers looked awesome as well. But does the film make a solid step towards building this new cinematic universe? Or does the film not have enough bite to match the trailers’ bark? I’ll discuss that in this review. Be warned, however, that there may be some very light spoilers ahead but I’ll keep the spoilers to a minimum.

Let’s start off with what’s good about the movie. For those of you who have been looking forward to seeing a superhero movie in the big screen because the pandemic has prevented you to do so until now, then this may do the trick. Morbius treats you to some nice effects and some flashy combat scenes. There are slow-mo scenes aplenty and some nice visuals to accentuate the fight scenes. That smokey aura that you see in the trailer does, in all fairness, add a nice touch to some of the battles.

You’re also treated to the usual song and dance of introducing why and how the main protagonist got his powers, what his primary conflict is, and how he gets over that conflict. It follows the usual formula and, if that’s all you’re after, then Morbius can be a good watch for you. While it may not be the best, it can be argued that it does do the job and you can just sit back and enjoy the moments that the film brings.

That, however, is where the praise ends.

A Lot of Yada Yada

While Morbius does follow the formula of a superhero film, one of the movie’s greatest flaws is that it rushes through so many things to the point that very few things feel like they make sense. Sure, if you just look at the barebone elements, it seems like it’s there – you have a WHAT IS THE PROBLEM, WHO IS THE BAD GUY, WHY IS THE BAD GUY BAD, WHAT IS OUR HERO’S PERSONAL ISSUE, and HOW DOES OUR HERO WIN AGAINST BAD GUY. However, the lack of meat on these bones is what makes the film problematic.

The film begins with a flashback and then shows you the origin story of our hero Michael Morbius (Jared Leto). It shows that he’s always had a medical condition that keeps him on crutches and in a weakened state. There he had a friend, Milo (Matt Smith) who also shared the same condition and all the troubles that come with it. Fast forward to both of them all grown up and Michael has dedicated his life to science to find a cure for him and his friend. The movie doesn’t stray too far from the Comic Book origin story and he does use Bat DNA for a cure which goes wrong and turns him into a vampire-like creature who craves blood. While I just gave you a very short and quick breakdown of the first few minutes, it can be argued that you don’t really get a lot more detail by watching the film.

This lack of detail becomes a lot more evident as the plot starts to unfold and you notice that many of the finer details just gets glazed over. You get a hint of Morbius’ medical condition but you don’t really see much of how it inconveniences him or get a taste of why he’s so hell bent on getting this cured… aside from the fact that he’ll be dying of it soon. Heck, even the part where he starts getting used to his powers is just glossed over as “yup, I can do this now”. There are so many possible scenes that could have more substance if they gave it more time to manifest but a lot of the developments in the film feel like you’re just watching everything in Fast Forward.

Don’t ask “Why” while you’re watching Morbius. Because as soon as you do, things start to fall apart at the seams. Things are so rushed that characters end up not having proper motivations for what they do. Why does Morbius try to save lives? Why do certain character interactions happen? Why does this certain power work that way? Why does the villain act this particular way? From afar, the answers to these questions seem quite obvious but pay enough attention and you’ll see that they don’t. Because of that, it’s hard to get invested with the characters in the movie.

Not the Best Foundation for the Spider-Verse

Spider-Man fans might be happy to know that Morbius is the first movie of this universe that finally references / mentions Spider-Man directly. It’s not just a reference or a small allusion either. In this movie, they straight up say SPIDER-MAN. However, maybe don’t rejoice too much.

While this movie does directly show the aftereffects of No Way Home, it does so in a very lazy way especially what they did with Adrian Toomes aka Vulture (Micheal Keaton) which people have been very curious about ever since the trailer revealed that he would be in the movie. What could have been a very epic moment is turned into something so mundane that all you’ll think about is something along the lines of “wut?”. I can’t go into further detail without spoiling a lot but this was actually one of the biggest missed opportunities of the film.

Morbius has the makings of what could have been a great film and a great start towards Sony’s Spider-Man Cinematic Universe. However, the film falls short by failing to put emphasis on key story details. If you’re looking to scratch that Superhero movie itch and want to see some of those signature fights and effects that come with the genre, then Morbius can give you a good time. You may have to look somewhere else if you want something deeper as this is a by-the-numbers superhero movie.

- Advertisement -
Previous article
The Hong Kong Massacre Review | One Shot, One Kill
Next article
Alice in Borderland Season 2 releases on Netflix this December