New Gunpla kits based on The Witch from Mercury anime are coming soon! 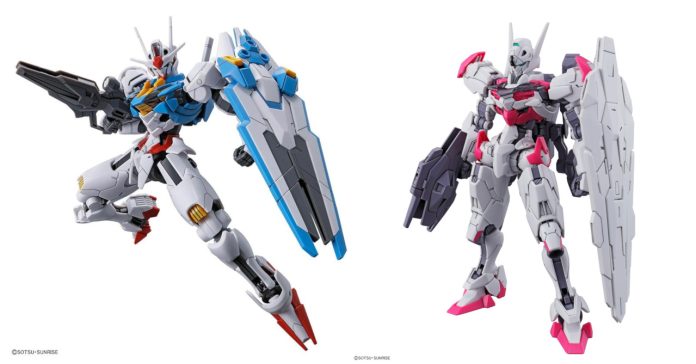 Along with the reveal of the upcoming Gundam The Witch from Mercury anime, Bandai Namco also announced three Gunpla kits of the new Gundam Aerial, Lfrith, and Berguir-Beu.

These new Gunpla are HG 1/44 scale kits based on mobile suits from the upcoming anime. Though currently, there’s no word yet on when they will release and how much they will cost.

Here’s a closer look at the new kits, starting off with Gundam Aeria, the mobile suit of the series’ main character:

Next up, we have Gundam Lfrith:

In case you missed its announcement, Mobile Suit Gundam: The Witch from Mercury is the next upcoming anime in the Gundam franchise, and it is the first in the series to feature a female protagonist.

The series was revealed in the recent Gundam livestream accompanied by a quick teaser which gave us our first look at the main character, as well as Gundam Aerial. Check out the teaser here:

The upcoming Gundam anime will premier in October 2022 in Japan. And while there’s no word yet on where it will release outside of Japan, Bandai Namco has stated that it plans to simulcast the series internationally.