NIJISANJI EN auditions launches for both Male and Female talents

Here's another chance for you to be a VTuber! 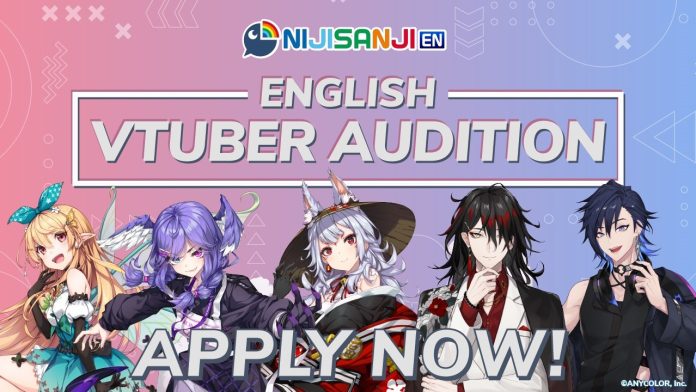 NIJISANJI EN auditions are now open for both male and female aspiring English-speaking Vtubers. Everyone is welcome to try the audition as long as applicants are 18 years old or above and can stream consistently for a year. They must also be able to deliver content at least three times a week.

Along with those basic requirements, NIJISANJI also requires applicants to submit a video or audio URL/file introducing themselves “in-character” (no Live2d required). The fourth wave of NIJISANJI EN auditions is open for all gender and is open till March 31, 2022, 23:59 JST / 07:59 PDT / 22:59 PHT.

In case you’re familiar, Nijisanji is one of the biggest Vtuber agencies managed by ANYCOLOR Inc. in Japan. The agency started its operation in February 2018 and has 209 members across its five branches, including Japan, Indonesia, India, South Korea, and China (known as VirtualReal). NIJISANJI EN debuted its fifth group called Noctyx in February, their second all-male group following Luxiem.

- Advertisement -
Previous article
Shopee Levels Up the In-App Experience with a New Game: Shopee Pets
Next article
Elden Ring Cover Armor: Where to get the Fingerprint Set